Censor Board and "Lady-Oriented Films": Gender Prejudice Peaks With Nihalani

The Central Board of Film Certification's (CBFC) Examining and Revising Committee had refused certification to the Prakash Jha-produced film directed by Alankrita Srivastava on grounds that "women in the film are shown in bad light, particularly targeting women of certain community which might hurt sentiments." They added that "the story is lady oriented and is about their fantasy about life."

So, what’s wrong with “lady-oriented films” pray? What is wrong with their “fantasies about life?” If women can be portrayed as sex objects in one film after another in different ways such as in item numbers, a lot of skin show without logic, in professions that are not exactly “lady-like” subject to how we define the term “lady”, then why can’t they be portrayed as subjects who choose to fantasise about life and sex and physical desires?

“Lady-oriented” films have been made and cleared many a time without any issues with the CBFC. The term, “lady-oriented’ immediately constructs a fictitious inequality between and among women through ‘class’. Why have they failed to define the term “lady-oriented”? What difference do they perceive between “ladies” and “women”? Is there a difference? If there is, then why don’t they spell it out?

The other reason cited by the CBFC is the presence of "sexual scenes, abusive words, audio pornography and a... sensitive touch about one particular section of society". This is ironic, because such censure does not seem to apply to the people in power with leaders publicly ostracising and making bad comments on people belonging to the given community this same ban has addressed. Audio pornography was used in the opening scenes of Dirty Picture where Vidya Balan imitates and echoes the sounds and noises of love-making she hears from beyond the slender partition. There is a generous use of this in the form of direct sound effects and in innuendo in Gangs of Wasseypur and in its sequel Gangs of Wasseypur II. Was the CBFC on a sabbatical at the time? Or did they turn away from decisions? Or, did they fail to understand the language since their vocabulary was confined to ‘genteel’ language?

Nothing is wrong with cuss words used by men or women. Are Bollywood films free of cuss words used generously with and without reason? Some cuss words are even used as titles of films such as Kameeney, Badtameez, Lafangey Parindey, Yeh Saali Zindagi and so on. Some of the best examples of the prolific use of cuss words are films like Delhi Belly, Gangs of Wasseypur, Omkara, No One Killed Jessica, Bandit Queen, and Ishqiya which broke the gender barrier with women using cuss words as freely as men. In real life, cuss words are now freely used by teenagers of either sex, and young men and women till their forties and fifties. Age mellows us in terms of the language we use when we are young so seniors do not use cuss words. Cinema is in a way, is a reflection of real life and one must learn to accept it.

Interestingly, the Lucknow Bench of the Allahabad High Court had directed the Mumbai Police Commissioner to serve court notice on the producers and directors of Peepli Live, Omkara, Gangajal and Bandit Queen for using abusive language. The court was responding to a petition that challenged the makers of these films on grounds of morality and the use of offensive words in these films. ."It is not the common man who creates such controversies. In 90 to 95 per cent of such cases, these are created for the sake of creating it. You would not see the aam janta saying ‘we are not ready to accept it.’ They rather enjoy it," said Rajkumar Gupta who directed No One Killed Jessica. One has no clue whether action was taken against these films as they were already released.

“The use of abusive words has become a common phenomenon in the times we are living in. With the landscape of cinema changing and movies getting real, filmmakers and actors are ready to take liberty. The use of abuses is quite common in conversational language," said Gupta.. This extends to lyrics of songs traced right back to Khalnayak with its choli ke peechhey kya hai number rendered raunchily by Ila Arun and performed titillatingly by Madhuri Dixit and Neena Gupta. Films like Ishqiya, Khatta Meetha, Tere Bin Laden had cuss words either in dialogues or songs. While Akshay Kumar-starrer Khatta Meetha had a song "Bulls***", Tere Bin Laden had a song called "Ullu Da Patha". Shah Rukh Khan danced to the tunes of "Ishq Kamina" with Aishwarya Rai in Shakti — The Power in 2002. 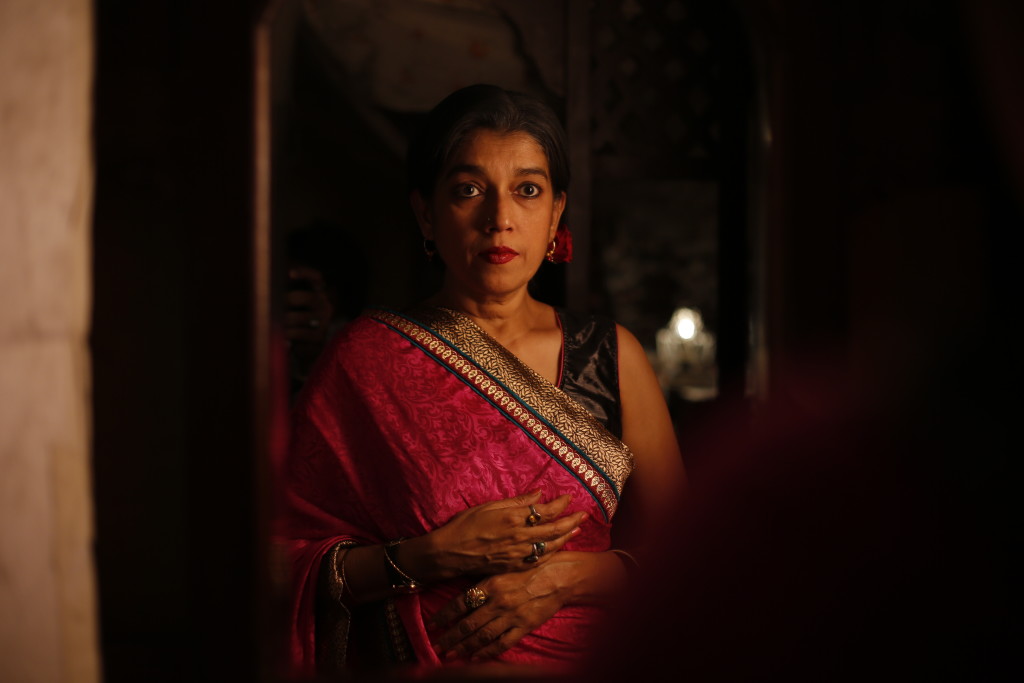 If these films passed the CBFC scissors, what happened now? Have the values of the present CBFC members headed by Pehlaj Nihalani undergone a perceptual change in its attitude and slant for patriarchy and against women? Remember the long courtroom trial scene in Aitraaz where clear sexual innuendo was used directly during the exchange of arguments between the lawyers on either side?

Lipstick under My Burkha narrates the story of four small-town Indian women who try to enjoy their lives a little, instead of being cowed down by the restrictions imposed by family and society. The film has won three awards so far for its portrayal of women: the Oxfam Award for best film on gender equality, the Spirit of Asia Award at the Tokyo International Film Festival and the Audience Award at the Glasgow Film Festival.

In a stinging retort against the CBFC slam, Ranjana Sur in a letter to the editor of an English daily, writes, “The CBFC did not have any qualms about certifying a film like Bahubali, which featured one of the longest scenes of romanticized sexual violation ever seen on screen. On what basis does the CBFC take such decisions?” Following the CBFC's decision, the film's director Alankrita Srivastava and producer Prakash Jha had filed an appeal in the FCAT. The makers have maintained that the film revolves around the lives of four women seeking freedom for their desires, dreams and aspirations through small acts of courage and stealthy rebellion against patriarchy. 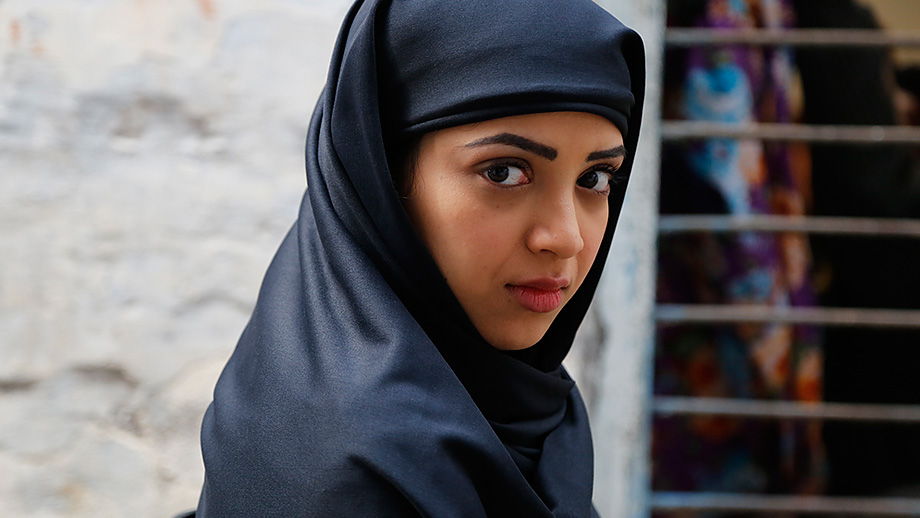 Last week, the film has been cleared for a theatrical release in India after the country's Film Certification Appellate Tribunal (FCAT), decided that the film can be issued an adult certificate, The FCAT, headed by former Delhi Lokayukta Justice Manmohan Sarin, observed that the CBFC "misdirected themselves in denying certification" to the women-oriented film. “The Examining and Revising Committee of the CBFC have misdirected themselves in denying certification on the ground that the story of the film is women-oriented. There cannot be any embargo on a women-oriented film or one containing sexual fantasies and expression of the inner desires of women.”

The FCAT has directed that the film be granted certification with "voluntary and some additional cuts and deletions" while observing that the cuss words and intimate scenes shown in the film were integral to the storyline. The FCAT also directed the makers of the film to mute a couple of Hindi words, including those referring to prostitutes from a couple of scenes. It suggested a few deletions in the intimate scenes "without affecting the projection and substance of the scene or in any manner affecting the basic film."

But there is a long history under every CBFC filled with controversies and debates on cuts and this does not involve Nihalani and his group. On June 17, 1981, the CBFC underwent a revision under which it exhorted filmmakers to eschew the use of visuals or words depicting women in ignoble servility as a praiseworthy quality in women (Rule iv-a) adding that if mere cuts will not remove what is undesirable in the film, it should be refused a certificate.

Ten years down the line, the CBFC certified Benaam Badhshah with merely an “A”. Starring Anil Kapoor and Juhi Chawla, the film is the story of a girl whose marriage does not take place because she is raped by a mercenary rapist, meaning, he has accepted payment to rape her! Instead of taking her complaint to a NGO or the nearest police station, the girl comes to live in the slum neighbourhood where her rapist lives. Her aim is to win him over and get him to marry her! He insults, humiliates and mentally tortures her in every which way. Yet, she remains firm in her commitment because, as she actually says that the only way for a rape victim to go on living is by marrying the rapist.

While commenting on Zakhmi Aurat, a brazenly plagiarized Hollywood film, I Spit on Your Grave, critic Maithili Rao said, “Filmmakers have kept pace with ‘feminist issues’ not out of any profound commitment to the cause of women but to cash in on the popularity of such calculated concern…to show that rapists often go unpunished by the law is one thing. But to sensationalize rape and distort the legal process out of all semblances to reality is another matter. Zakhmee Aurat is guilty of this.”

To point out the CBFC’s whimsical perceptions about the celluloid representation of women, one needs to mention that it granted a “U” to Hawalaat (1987) directed by Surendra Mohan that had three graphically cinematographed rape scenes shot in slow motion and two titillating cabaret numbers. Pati Parmeshwar was refused a certificate because it presented woman in a position of ignoble servility. It was allowed release after prolonged court cases.

The CBFC gave it a clean chit to B.R. Chopra’s Insaf Ka Tarazu with an A certificate stating that it was a positive, anti-rape film. Two lengthy rapes and one long and silly courtroom scene that preceded the killing overshadowed Zeenat Aman’s murder of Raj Babbar, the rapist. Insaf ka Tarazu (1980) used the humiliation of the woman as the main theme to show women in an extremely negative light.

The image of the two women who were victimized and brutalized by rape was produced through visuals, sound, characterization and context. This revealed that the director had cleverly used the medium of cinema and the subject of rape to play up to the sexual fantasies of the males in the audience. This automatically ensured a full house for each show. With Insaf Ka Tarazu, a new trend entered the mainstream, when some films pretended to portray the evils of rape. But the powerful medium of cinema managed to produce just the opposite effect, which was actually the filmmaker's intention.

The CBFC has always been extremely patriarchal and biased against representations of women. Nihalani is only a culmination of a long history of such gender prejudice. Like that ray of light at the end of the dark tunnel, the FCAT decision is welcome, but of course, with ‘cuts’ and ‘deletions.”