Marry a Dog To "Save" a Human!

At a time when mobs are attacking people for interfaith marriages, human to human, a ritual continues to be observed by the some tribes in Jharkhand, that often has the groom arriving on four legs. And the reference is not to a man in a horse, but a dog, wagging his tail and going through the ritual of marriage to help defeat the ‘evil spirits !

Unconditional love wagging its tail, a paw shake signifying eternal friendship, trust, loyalty...small wonder then that these are fit candidates for marriage.

Decked and decorated in red, dogs have sat through rituals, clueless of course that they are being turned into ‘husbands’. Born with a longer than normal canine tooth, the tribals believe, is evil but can be cleansed through a marriage with a canine.

So Mangli Munda’s wedding made the headlines, when the 18 year old was married to a dog to save a future husband and give him a long life despite her long tooth. The marriage was with all rituals, with people dancing to drums to celebrate the occasion.

Trailing from Jharkand towards the southern tip, marrying dogs has been a common reality and ritual. In 2007, guilt and pain compelled Selvakumar to marry a stray female dog, Selvi. He had stoned two dogs to death and his astrologer finally advised him to ward off the ill will from the spirits by marrying Selvi who was draped in an orange sari. 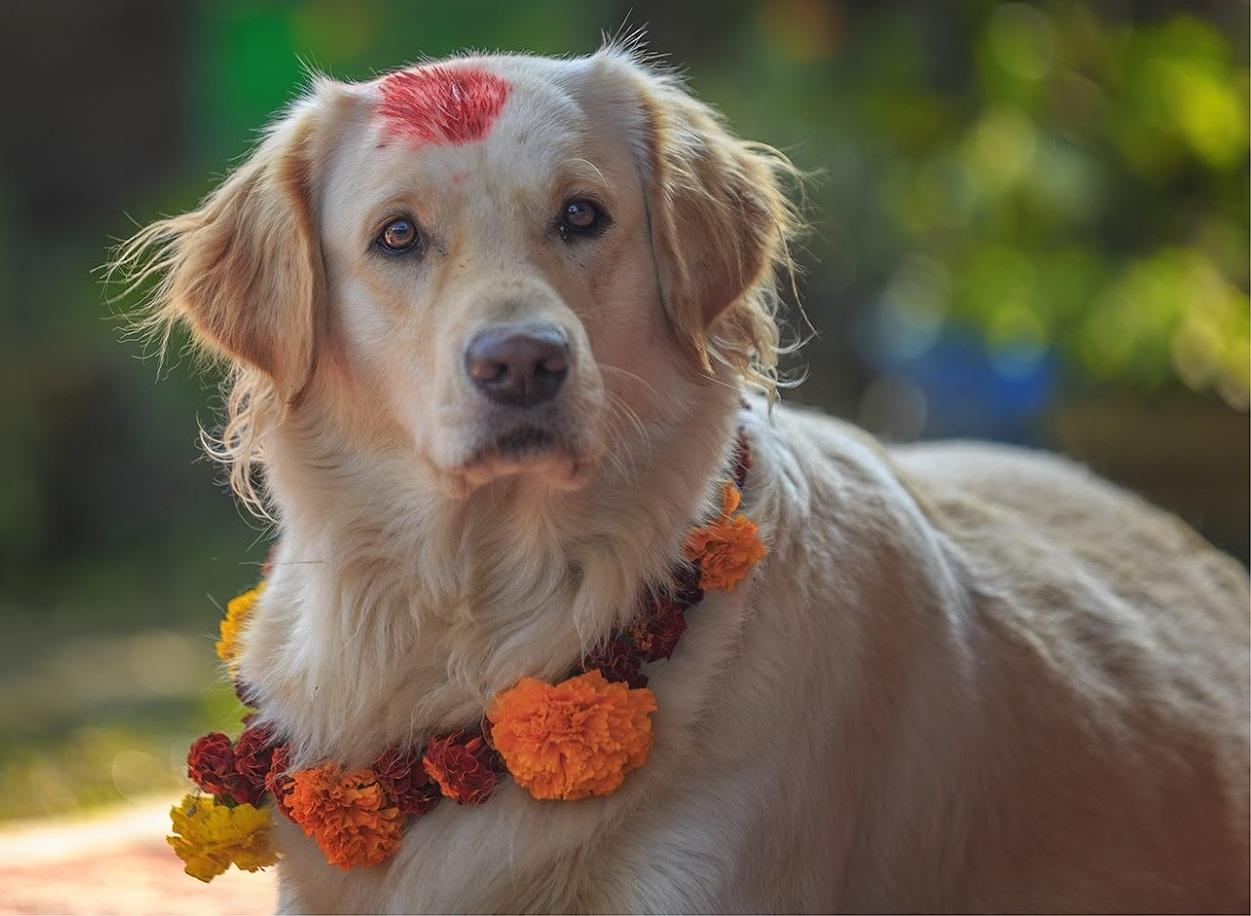 Contradicting the rituals with canine’s turning into partners, though temporarily, are traditions reported from Assam, Sikkim. Darjeeling. The origin reportedly lies in the Nepalese Hindu tradition, with the practice thus existing in the hills. These hilly states follow traditions that other states could learn from.

Showered with affection, food and love the dogs feel important---even if it is momentary---on the second day of Deepawali in some areas. Kukur Tihar celebrates loyalty, celebrates being dogs in a human world with garlands and tikas expressing human gratitude, if it can be called that. The dogs flaunt the red tikas as devotion idols, with Kukar Tihar of course differs from the dog-human marriages as far as dogs’ role as guardians is concerned. 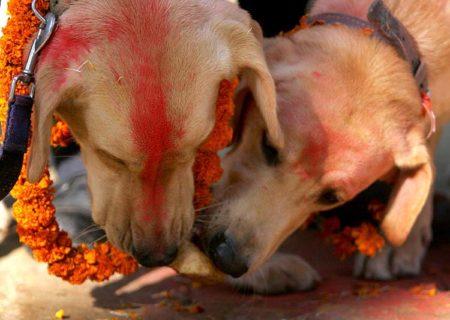 Mr. Adhishwar, who is a part of the dog shelter, says,“ If dogs could speak to humans, they would show people how to be calm and just enjoy the moment instead of worrying too much about the past and future.” future.”