'The Tiger Who Crossed the Line' Wins A National Award

Meet Krishnendu Bose. You will never have met a man so committed to the well-being, safety and security of the tiger in India, within sanctuaries and without, placed due to administrative and infra-structural problems in direct conflict with the common man and woman when the beautiful animal cannot find space within sanctuaries that have become too small to accommodate the proliferating growth of the tiger population When the sanctuaries are filled, or are in the process of being axed for so-called ‘developmental’ projects, tigers are forced to move out of the safety of the sanctuaries that brings them into the mainstream for want of food and security.

His latest documentary, The Tiger Who Crossed the Line has won the National Award for the Best Environmental film (including Agricultural Film) at the 64th National Film Awards this year. The citation that comes with the award goes, ““A beautifully designed film that raises critical questions on the future of India’s national animal.” Krishnendu Bose set up Earthcare Films in 1995 while making wildlife and conservation films after acquiring a Masters in Economics from the Delhi School of Economics. In 2009 Bose was conferred the highest award for documentary filmmaking in the field of Environment and Wildlife in India with the CMS-UNEP Prithvi Ratna Award.

Kirshnendu is a LEAD – Leadership in Environment and Development Fellow and also a member of the International Union of Conservation for Nature. Since 1996, he has produced shows for Sony-AXN;s Amazing Race Asia. He has also produced an award-winning documentary on pesticide deaths with Honnung Television. Hamburg-Cycle of Poison. He is a keen photographer and loves travelling and writing about it. He lives with his family in Delhi.

Bose has been making conservation films for the past 30 years under his banner, earthcare films. The first of his three documentaries on the tiger, Tiger – The Death Chronicles moves freely and tellingly across time and space to try and understand why the tiger is rapidly vanishing in India. One of the most charismatic animals to grace the earth, this symbol of India is currently facing extinction. If things are allowed to go the way they are – resulting from ignorance, negligence, willful and illegal poaching and hunting, this will culminate in one of the greatest violation of animal rights and a possible toppling of our ecological balance. 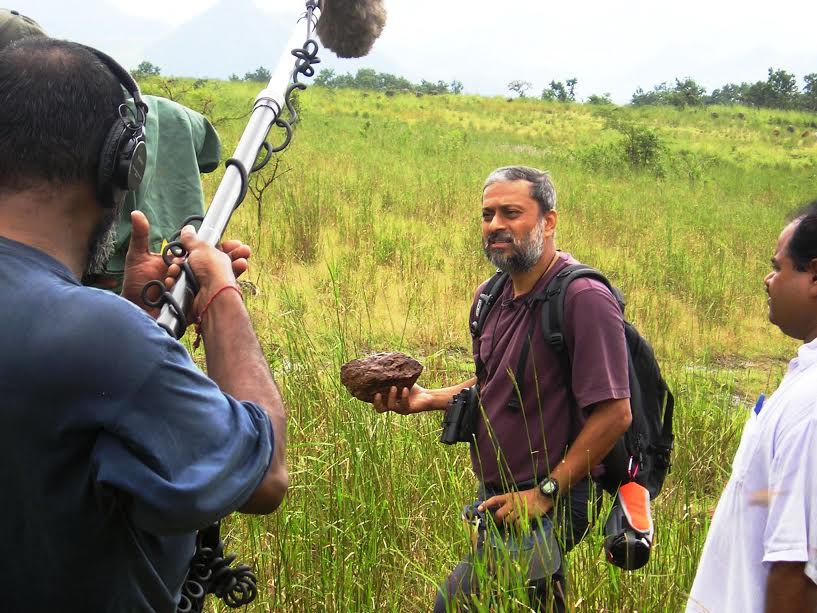 Commissioned by PSBT-India, this 63-minute film in English with sub-titles takes a holistic look at the real tiger crisis. Travelling through tiger hotspots like Sariska, Panna and Buxa, shot over a period of nine months, the film also looks at states like Madhya Pradesh, Orissa and Goa to explore how they may be trading their tigers and their forests for greater economic revenue. What motivated Bose to make this film? What does he hope to achieve through its wide and repeated screening across the country? What hurdles did he have to cross while making this path breaking film?

Responding to the question what inspired him to make this first of the three films on the tiger, Bose says, “The tiger crisis epitomizes and subsumes the conservation world’s apathy and lack of will. The tiger arguably is the most magnificent animal that walks the face of the planet. Its largest population is in India. It is at the top of the food chain and a keystone species of the natural world. It has been made into a symbol of conservation efforts in India. Project Tiger was constituted around this animal 30 years ago. This was another way to protect the natural world in the name of the tiger. Unfortunately, I saw the decline of this charismatic animal purely for lack of engaged governance and lack of people’s will and effort. I felt the need to document this disaster.”

In his second film on the tiger, a 54-minute film called The Forgotten Tigers which he wrote, edited and directed under his banner of Earthcare Productions was produced by the Public Service Broadcasting Trust, Bose, over one year, has captured the secret lives of the tigers living outside the borders of Tiger Reserves in the country. It has been shot extensively in Uttar Pradesh, Uttaranchal, Madhya Pradesh, Karnataka and Maharasthra.

“Very few know who they are. They are not filmed and put on the famous wildlife documentaries. Tourists and most tiger conservationists do not even know they exist. They are tigers who reside outside the famed tiger reserves. That is why I have called the film The Forgotten Tigers,” explains Bose. The film explores an unknown, virtually ‘invisible’ world where tigers, with little legal protection and attention, have either gone completely or are going at a fast rate. 30% of tigers in the country live outside the preserves. Just to exist is their biggest challenge in these shrinking habitats and corridors. They have to confront the constant conflict with people on the one hand and development on the other. 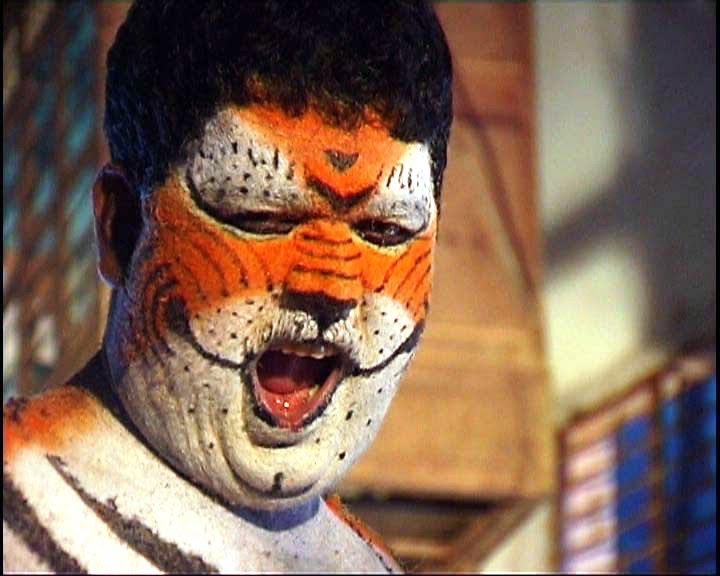 “With a continued pocketed rise in the tiger population, this conflict will only increase” he adds explaining, “This film is an exploration into the lives of the forgotten tigers.” Bose travels the length and breadth of wild life to find out how these tigers survive and what is their long-term future? Do these intrepid tigers teach us something new about conservation? The very fact that the film has captured tigers living out in the open forests and wild areas has been the greatest challenge for Bose who, as his films reveal, has risked his life many times during the shooting of his films. It is the cause that is more important than the effect or the risks.

His third film which won the National Award, namely, The Tiger Who Crossed the Line is a continuation of the second film that explores the man versus tiger conflict created neither by man nor by tiger but by the planning and administrative lacunae that ails the entire system though many committed workers are constantly striving to save the tiger as much as the man. Interestingly, through interviews with local villagers threatened by tigers who walk into the mainstream, do not want the tigers to be killed or maimed. All they want is that their lives should not be threatened which can be easily done if the tigers are placed in the safety and security of more sanctuaries or larger sanctuaries. This signifies that the conflict is not inborn or natural. It is born out of the fear of extinction on either side – the human side and the side of the tiger.

“My first film had to be shot over a 14-month period. Interviews had to be collated from people who have dedicated their lives to conservation and tigers. Time schedules had to be synchronized. Wildlife shooting season scheduling had to be done. Eventually I went through 8 different states and canned 70 hours of footage over 14 months. Though this wasn’t a strictly a wildlife film, I did get a lot of the tiger and other wildlife footage. The first shot of the film, the tiger coming down to a few meters from where I stood, was certainly the most thrilling of them all,” recalls Krishnendu. He goes on to add, “We all complain about the tiger prowling into towns and cities. But we never think about the loss of homes that the tigers have to face. Humans have taken away so much of the forest area and when the tigers do not get a proper place in the forest, they come to the human localities.”

This 45-minute film also shows how the big cats have begun to roam across and sometimes into the fringes of cities and villages. They are not only the ones forced to live outside the tiger reserves. But they are also in deep trouble, threatened by the human populace that destroys them to save their own lives. The film is replete with shots of tigers slain by neighbourhood communities, tigers having preyed on and killed cows and buffaloes that form a basic survival need for the local population and tigers prowling into farms and agricultural lands thereby endangering the livelihood of peasants and farmers.

Says Krishnendu, “While most tiger reserves are now safe haven, the outsides are the minefields. The rising tiger population inside has a paradoxical effect. The excess tigers have spilled out into the adjoining forested lands. With increasing development pressures on the outside, the spilling out tigers are coming in constant conflict with humans with alarming consequences for both. The myopic vision of the tiger planners has begun to bite back.”

About his take as a documentarist of a very controversial subject, Krishnendu says, “The documentary filmmaker is not a forest official, or a scientist, or a tiger expert or a social activist. It frees me of any ideological or political baggage. But you can take a little from everyone and build an objective opinion of your own. That is what I have done over the past 30 years and I wished to share all this over these three films. So, in a manner of speaking, one can say that these three films were 30 in the making.”

Made over four years, The Tiger Who Crossed the Line reports from the remote corners of India, from the mangroves, the sugarcane fields, the forests, villages and the conflict zones of Chandrapur in Maharashtra, straddling Tadoba Andhari Tiger Reserve, and from the beautiful Western Ghats and the tiger corridors of central India. Using infra-red night vision cameras and compelling footage, the film brings some never seen before images of tigers and leopards living on the edge of their habitat. In many frames, the viewer sits mesmerised by the glowing eyes of the big cat in the darkness of night. Our collective anger towards the tiger labelled “man-eater” without logical reason, turns into one of empathy towards this magnificent creature pushed to the edge of survival for purely because it is vulnerable to human will and discretion and apathy towards it.