CANNES: With Cannes due to open its doors on May 17 to its close to 30,000 film followers, its magnitude on many levels is now demarcated and clear. India’s participation can be perceived on many levels.

Cannes is the cynosure of filmmakers the world over and India is no exception. It invites films in all genres from all over the country. This year the hopes of hundreds were dashed when not one feature film made the grade — that too, from a country with the highest annual output of films.

However, the bright side is the 13 minute short film ‘Afternoon Clouds’ by third year student Payal Kapadia from the Film and Television Institute of India, Pune. It was selected early on to compete in Cinéfondation, a section that specifically encourages student work. 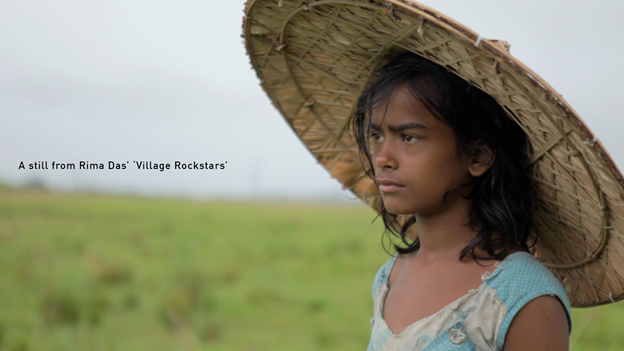 The Cannes spotlight being on the film school movement in India is a plus point at this stage. The encouraging news of student films, shorts and documentaries hitting festivals and winning awards is not that known or publicised. But they do us proud. This is true of many of our film schools and particularly Kolkata’s Satyajit Ray Film and Television Institute. Last year Saurabh Rai’s film ‘Gudh’ was selected and short listed for the Cinéfondation competition.

This year, alarmingly, India does not feature at all in Cannes’ four most coveted sections - Competition, Un Certain Regard, Critics ‘ Week and Directors’ Fortnight.

The omission questions the quality of Indian cinema and how today it seems to fall short of international standards.

And yet, within India the production rate seems enthusiastic and unabated. There is far more experimentation with content, ideas and genres. Is it our technical standards that are not on par because of budgetary constraints or is objective assessment lax at each progressive stage of filming. Even something as essential as subtitling, is abysmal at times. 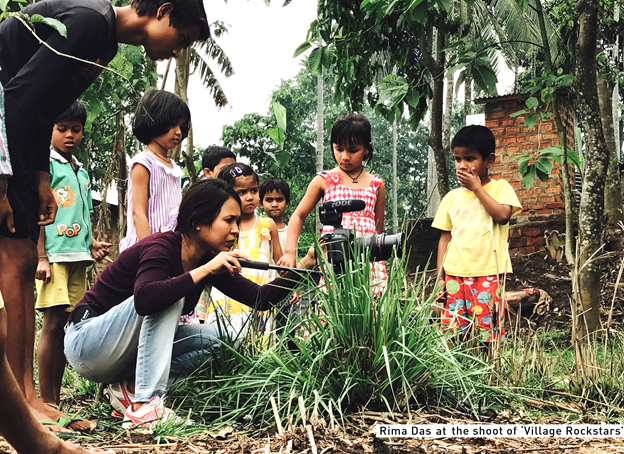 NFDC’s Film Bazaar with its Film Labs is the one place within India where international standards are the criteria when applied to emerging cinema. Most films made post 2010 that have earned laurels and even money, have been nurtured, developed, finalised and then marketed at Film Bazaar.

The most famous example is ‘The Lunchbox’, followed by a host of others, such as ‘Titli’, ‘Lipstick under my Burqa’ and ‘Newton’, all sought after films at festivals. There is the success story from Manipur, Haobam Paban Kumar’s ‘Loktak Lairembee’ a work-in-progress in Film Bazaar where it found a technical grant.

Then there are Film Labs held at major festivals where again new films from India have evolved and matured. One is ‘Hotel Salvation’, the debut work of Shubhashish Bhutiani which has travelled widely, collected awards and gained enviable distribution – it was developed at Film Labs in Venice and Busan. Sundance has contributed here – Prashant Nair’s ‘Umrika’ is an example as is Q’s ‘Brahman Naman’.

We need to see what it is in this changing scenario that is affecting our festival participation – which until the 1990s was an assured entity at all major festivals.

However it is at the massive Cannes Market section that India makes an impact. This year, there are close to a staggering 85 leading Indian or India related film companies who have registered early on and are taking market booths to make their name known and strike their deals.

The India Pavilion, being managed by the National Film Development Corporation of India under the aegis of the Ministry of Information and Broadcasting, is a popular meeting point throughout the festival. It has laid on a rich roster of masterclasses, meetings and events for each day of the festival. FICCI has introduced an interesting call for one to one meetings between buyers and sellers in conjunction with the SEPC (Services Export Promotion Council), a body formed specifically by the Ministry of Commerce and Industry, Government of India. The Confederation of Indian Industry (CII) is also a strong presence, with its steady participation year after year.

And for a jaw dropping first, the opening grand Market party on May 18 is being co-hosted by an Indian company. The hosts are Thierry Fermaux (Cannes’s Delegate General), Jerome Paillard (Executive Director, Cannes Market) and Narayanan Ramaswamy , Chairman/MD, Thenandal Studios Ltd (the Tamil Nadu based studio that distributed ‘Baahubali 1-The Beginning’ – Tamil version).

Besides, new filmmakers are making a beeline for Cannes to promote their films well in advance, Nandita Das, a Cannes favourite who has served on two of its leading juries, will be there with her lead actor Nawazuddin Siddiqui, and her producers (one of them is French) to share her second feature film, ‘Manto’ currently in the last stages of its shoot.

The three inspirational ladies of cinema, Aparna Sen, Shabana Azmi and Lillette Dubey, will be in Cannes to promote their new film, ‘Sonata’.

And Indian glamour is on parade with the L’Oreal Ambassadors—Aishwarya Rai Bachchan, Deepika Padukone and Sonam Kapoor. Aishwarya will grace a screening of Sanjay Leela Bhansali’s ‘Devdas’ once again at an open-air public screening, reliving her presence for the same film at Cannes 15 years ago.

Nandita Puri and Ishaan Puri are making a special stop at Cannes 2017 to announce the launch of the Om Puri Foundation. The celebrated actor who graced a gamut of films in India and abroad died tragically in Mumbai on January 6, 2017. Mother and son will be at the India Pavilion to talk of the goals of the Om Puri Foundation, and consult with others on remembering Om Puri and taking his legacy forward in India as well as internationally.

It also won the White Light Studio award offering post-production services valued at $15,000. Set in Assam, ‘Village Rockstars’ centres around a 10-year-old deprived village girl, Dhunu, who learns to fend for herself in hostile surroundings while dreaming one day to own a guitar. Dhunu's goal is to form a band, the Rockstars, with a group of local boys. Besides poverty she also has to fight gender rules on how a local girl should behave specially when puberty occurs. Das’ debut film ‘Antardrishti’ (Man with the Binoculars) screened at Cannes Market last year.

The news that surpasses all else and is most heart-warming and praiseworthy when it comes to leaders of the Indian film industry centres on the marketing guru of indie cinema, Manish Mundra. The publication Variety, seen as the bible of world cinema, has named our very own Manish as one of the top ten producers of the year – with regard to the latest film he has produced, ‘Newton’.

Manish’s record in finding new Indian talent and taking it to the world has been phenomenal in a short span of time – with titles like Rajat Kapoor’s ‘Ankhon Dekhi’, Neeraj Ghaywan’s ‘Masaan’ (2015, winner of two awards at Cannes), Prashant Nair’s ‘Umrika’ (2015), Nagesh Kuknoor's ‘Dhanak’ (2016), and many others. Variety will honour Manish with this distinction in Cannes, along with the other nine producers.

In the marketplace, India still rules. That remains a matter of pride.