"I Don't Give A Damn": Our Motto in the Public Space

Our disrespect for public spaces or common places is now legendary. We have reached a stage where one of the initial orders passed by a chief minister of our largest state (population) focused on spitting of pan and guthka. We strive to keep our homes spotless clean but of our common places the lesser said the better. We many a time behave as if we are proud to disrespect them. This disrespect is more apparent when one is on the move.

At Delhi we got out of a friend’s place and walked the foot-path towards the main road. We had to repeatedly jump on the road for the foot-path had been occupied by large generators and guard booths. Both of these were meant for a privileged few who can afford and are happy to usurp public spaces for personal comfort.

On the river front at Amdavad, a place the city takes pride in, its citizens, after having ice-cream, appeared unwilling to walk 10 – 15 feet to the dust-bin and without a thought scattered trash all along the path. 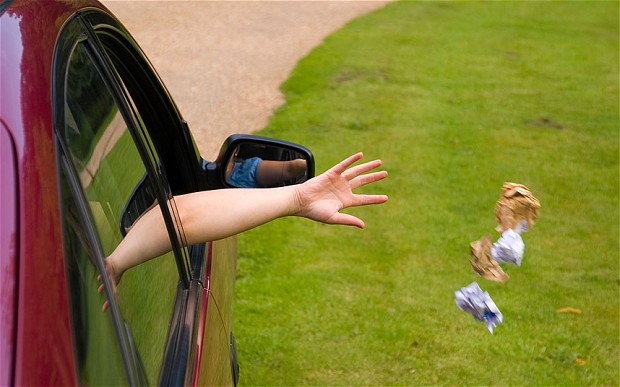 We have found creative ways to use foot-paths at different locations - people selling food in carts, people resting or eating the food, temporary hair-cutting stalls or sim-card shops, articles from sand to furniture parked for selling, weighing scales, two wheelers driven and parked and of course men pissing. It is uncommon to come across a friendly to walk foot-path.

Roads are not any better. Men are yet to develop abilities and sensibilities to piss from moving vehicles but what remains of the pan and guthka in their bodies could rain upon the road (or those on road) anytime. Of course we throw trash out of vehicle windows as and when we want.

During mornings at Hyderabad I have come across people throwing trash from homes and food-stalls clean vessels or dispose what remains on the roads. This I guess is driven by a strong belief in the someone sometime is going to come, collect and clean line. There are those who walk their dogs who poop while the humans brush their teeth alongside, happily leaving white blots to accompany the dog’s gifts. That we complain of the government not maintaining roads after these repeated assaults shows our sense of humour is in place. 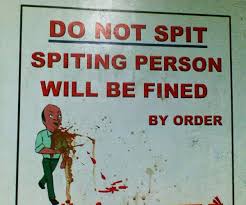 Trains, that microcosm of our country, bring out our sheer disrespect for common spaces. Much has been said about the toilets in trains and I will focus on noise. My dislike for smart phones goes up in trains where people behave as if they are travelling only to recover part of their expenditure that went towards the speakers. I stare at them and wonder if they even give a thought to those sitting around.

During a trip I twice requested two persons playing movies to lower the volume on their laptop; what can we do if the volume goes up during action scenes was the answer. The blessed fellows went on the see another movie after taking a wisecrack at me – of course loud enough for me to hear. During another trip a co-passenger requested an aunty to speak softly as it was just 6 in the morning. Who sleeps after 6 am, was the answer in a muchhigher decibel. Amidst all this Delhi Metro had come across as a positive surprise - commuters need to use headphones to listen to music.

Noise is a bane beyond our travels. Festivals bring out our new found love for loud speakers and amidst those who have put up pandals it is the mine is bigger than yours phenomenon. There are uncles and aunties who make me wish they quit walking in the park when they walk with their phone blaring prayers at high volume. Either silence in parks is bad for health and religion in their minds or they have some sort of age based licence to massacre peace. Of course, these uncles and aunties have reinforced what was taught in school – all religions are equal.

During concerts, plays or movies people do not think twice before talking loudly – they are least bothered about the artists, leave aside others in the audience

Lest we rule out our English speaking well-to-do urban population I bring in the experience with toilets at the Jaipur Literature Festival. Why on earth does one need to practise taking aim by spitting chewing gum in the urinals? In course of my travels, at hostels, I have shared rooms with people from multiple nations. We beat those from other nations hands down when it comes to either being the loudest or giving not a damn about those we share rooms with.

We could not be less bothered. Our homes and schools seldom have space for conversations on these spaces – using them in an apt manner. To add to this the class of society that takes and influences decisions in our towns and cities has moved away from using these places. What then is the way ahead? How can we be more sensitive towards others who are using the same public places as us? Howe can we together use these places happily?

Posters, highlighting the issue, have not worked in the past and there is little to suggest that they will work in the time to come. Organizing conferences may only result in more noise and trash. What then will make us change our behaviour, alter our actions? Laws - that are focused, strict and implemented? Fashion – where people use these places and maintain them aptly? Social taboos - boycott of those killing the ambience at these places? Or some other action, set of actions?

(Nimesh Ved enjoys undertaking train journeys and soaking in glimpses of the country they offer.)