Diary From Cannes: Of Bomb Scares And Manto

CANNES: Only Cannes could so ably and pleasantly manage the scrupulous security at the multiple points of entrance and exit of this massive, wide-spread festival. Its screenings start at around 8 am and end well past midnight every day. This sprawling festival takes place mainly in the huge six-storeyed building of the Festival Palais (this includes the gigantic basement floor where the Market is held). The festival then continues in the open, at adjacent Pavilions that dot its shoreline and its main sea-facing street, the Croisette, and even on the beach where open-air and free festival screenings are held for the public.

For the first time, so many formidable-looking armed military men with guns are visible at vantage points. They are seen on ground and also sit high on horsebacks.

So far only one minor untoward scare has occurred, when there was a bomb scare for hundreds of Press hopefuls gathering to get into the 1068-strong Debussy Theatre. I was at the very front of this serpentine queue eagerly looking forward to seeing French director Michel Hazanavicius’ ‘Redoubtable’ (a Palme d’Or competitor based on a key period of Jean-Luc Godard’s life; starring Louis Garrel as the Nouvelle Vague pioneer). Looking up the high stairway into the theatre, I could see people scurrying behind closed glass doors.

Panic was still not visible, but concern mounted as we reached past the film’s scheduled time. Some of us were told to leave – and I did dutifully to my regret because later, the show did begin. A lone piece of left luggage caused this nightmare. Yesterday, the bombing at Manchester drew an anguished response from the festival management with a request for a one-minute silence at a prescribed afternoon hour.

Midway through the festival, India’s women in cinema – from its leading ladies to emerging talent - were centrestage - grabbing all eyes. 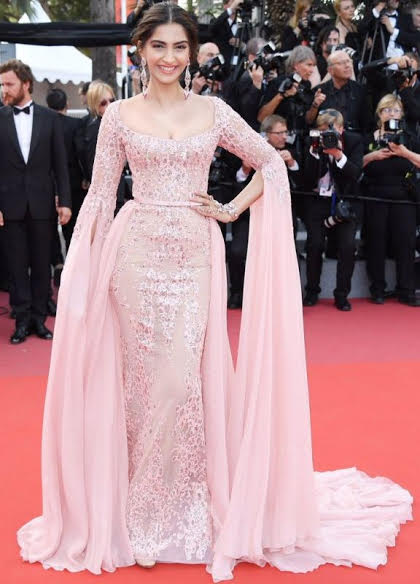 Nandita Das made frontline news almost every day. Not only is she a favourite of Cannes over the years, having served on its main international jury and later given the distinction of serving on another one. The French co-producers of her film ‘Manto’, currently in its final stages of shoot, gave her the kind of spotlight and platform that they need to make headway in this prized venue and be noticed. HP hosted a well-attended cocktail party at the city’s leading hotel Majestic, which is where Cannes festival celebrities are housed. Nawazuddin Siddiqui who plays the male lead was also present along with the admirable actress Rasika Dugal who plays his wife in the film.

Nandita presented a short sequence from the film and the actors joined her on stage to speak about their participation. All in all, the film impressed with Manto being seen as the impassioned soothsayer of injustice, hypocrisy and deceit that he wrote about and paid a price for as a result. The film has the attention of world festivals, which gives it a head start for theatrical release and sales. The next day, ‘Manto’s Indian co-producer Viacom 18 hosted another evening at the India Pavilion where Nandita and Nawazuddin held court and talked in detail about this project to which they are deeply committed.

The Big Three behind ‘Sonata’

Aparna Sen, director of the film ‘Sonata’, along with her fellow-actor in the same film, Lillette Dubey, held what turned out to be a Masterclass at the India Pavilion on what acting and direction for screen and stage entailed. The film played at the Market. Shabana Azmi, the third main character in the film had to cancel – and she was sorely missed. Here too, H K Studios, producers of the film Dipankar Jojo Chaki, Aloke Vohra, Vinod Lahoti and Anjan Ghosal, took pains to see that this unusual film with India’s top talent made an impact on this prized international venue.

To keep the noble name of Om Puri alive after his sudden and untimely demise in early January this year, his wife Nandita Puri along with their son Ishaan, has established the Om Puri Foundation. The mother-son duo came to Cannes to launch the Foundation, first at the UK Pavilion and then at the India Pavilion. Nandita would like the Foundation to screen the best of Om Puri’s films at various festivals and academic places. The Foundation also plans to offer scholarships and grants to promising students of cinema and stage. And to keep to the spirit of the great actor’s concern for the poor farmer (he was one himself), funding is also being set aside for the education of the promising children within the farming community. The launch led to international support from many quarters. 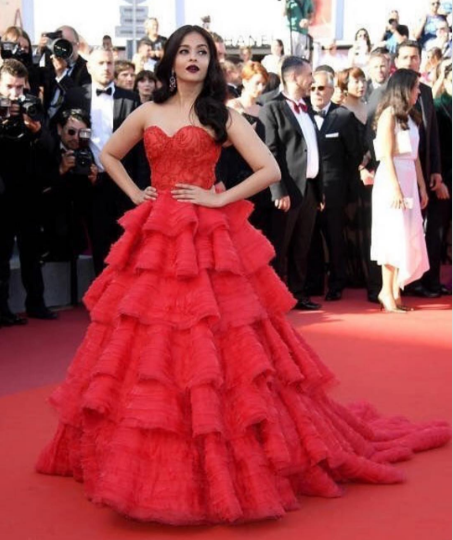 The cosmetic company L’Oreal is among the most key sponsors of Cannes. Every year they invite the leading glamour stars that have been enrolled as their Ambassadors. From India, there was Aishwarya Rai (who has been espousing L’Oreal at Cannes for 16 years now) , Deepika Padukone and standing tall, the elegant Sonam Kapoor.