Why Some Tweets About the Champions Trophy Left Me Disturbingly Stumped

NEW DELHI: Euphoria before an India versus Pakistan game has always been become customary. The tradition was kept alive before the highly anticipated match of the Champions Trophy when excitement reached a feverish pitch. Fans from both countries took to social media to cheer on their respective teams and even indulged in some clever leg-pulling. A barrage of witty memes and tweets ensued, much to the delight of netizens across the world.

But not all was fun and games. Underneath the ‘light hearted banter’ one could spot undercurrents of negativity and acrimony. Certain individuals and online pages, decided to share distasteful content.

Here home, some drew alarming parallels between the Indian team’s sporting victory with the situation in Kashmir while a few Twitter handles based in Pakistan suggested that India’s cricketing prowess did nothing to win the hearts of people in Kashmir. Though humor must be taken in stride, it is imperative that we question the trivialization of a bloody territorial dispute. To indulge in harmless muscle flexing is one thing, but to transform the cricketing stadium into a political battle ground is certainly dangerous. 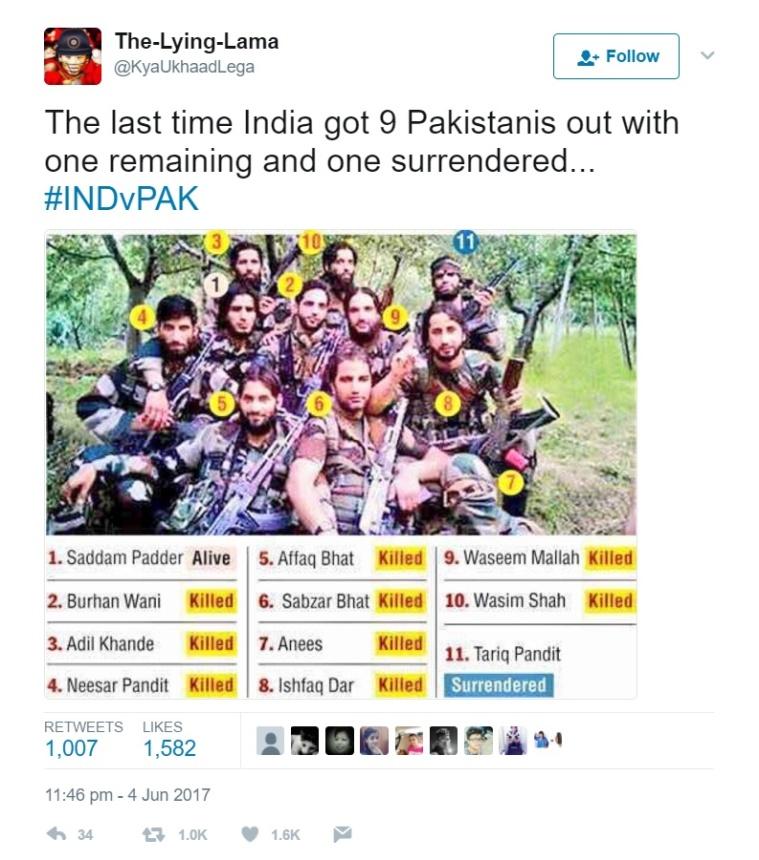 At a time when bilateral dialogue between the two countries is at a standstill and there seems to be no visible breakthrough, hashtags like #BaapBaapHotaHai exacerbate the already tense situation. What is particularly disheartening is that noted sportspersons and celebrities who could use their influence to advocate engagement and cooperation decide to fuel hyper-nationalism and jingoism. Individuals that post such content, have a legion of dedicated followers who share these messages ad nauseam, creating an echo chamber of bitterness and anger.

Viplav Vishal, a journalist and producer at Sportskeeda feels that adversarial political remarks by fans defeat the entire purpose of the tournament. “Sports have always brought harmony and happiness to people across the world. So as cricket enthusiasts, we try our best to shield the sport from any kind of politics. We always push for bilateral series between India and Pakistan. But, if fans themselves start making such insensitive remarks, then it is very hypocritical,” he said. 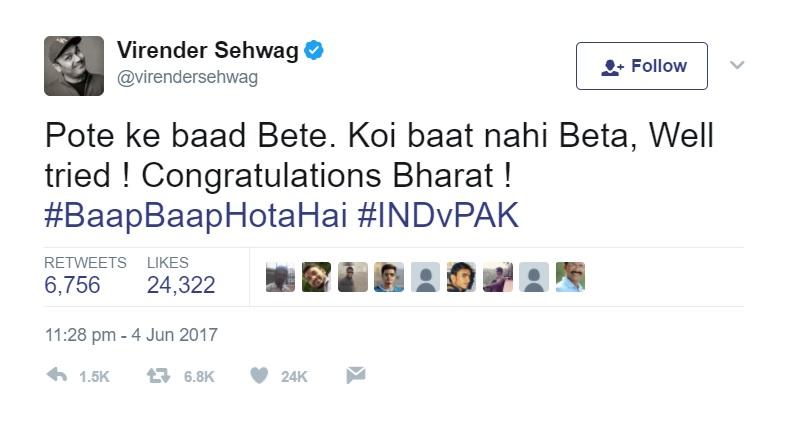 Other perturbing examples of social media belittling in the name of sport include videos mocking Pakistani players’ lack of fluency in English. Popular Facebook pages in India carried a video of Pakistani cricketer Umar Akmal being asked to respond to a question by an English speaking journalist. Akmal who looks baffled, turns and asks for the translation.

Jokes like these seldom involve cogent articulation and only need petty ridiculing. Given our shared history with colonialism, it is disconcerting that some sections of the youth look down on people based on their proficiency in English. It seems puerile and insensitive to denigrate a sportsperson’s intellect based on his ability to articulate in language he is clearly not comfortable in. 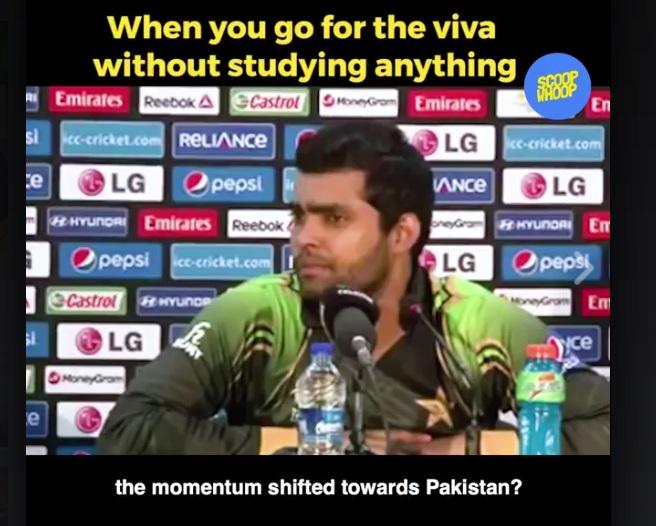 Cricket enjoys considerable viewership in India and Pakistan, and this could be used to foster peace instead of creating animosity. In fact, political establishments in the past have successfully used cricket diplomacy to rekindle dialogue. So, as internet equipped, tech savvy individuals, we must ensure that we do not fall prey into propelling the ‘us versus them’ narrative. All the jokes, memes, tweets apart, great care must be taken when pushing these sensitive boundaries.

Ending it on a slightly sweeter note, it was heartening to see Twitterati swing both ways. One photograph provided much needed respite from the noisy hostility. It encapsulated how cricket and sports in general, helps foster harmony and hope. 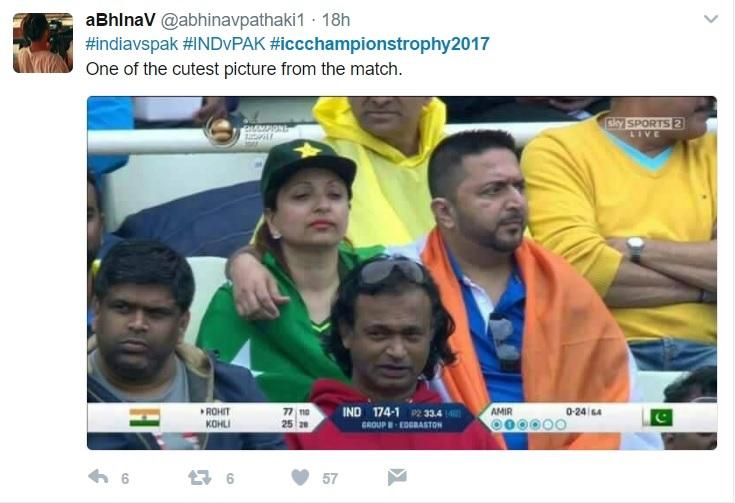