A mere seven hours away from the NCR, the historic city of Jhansi stands out. Situated between the rivers Pahuj and Betwa, the Jhansi cantonment is well-known and established. In the 18th century, the town served as the capital of a Maratha province and later the Princely State of Khansi from 1804 till 1853, when the territory became a part of British India. The cantonment was the site of the accommodation for British civil and military personnel in the period of British rule in India.

Jhansi town in the state of Uttar Pradesh also has its own share of fame from the nineteenth century. The Queen of Jhansi has made an indelible mark in the history of contemporary India. Jhansi was also known for its concentration of British troops in the cantonment. British rule cared for fulfilment of the religious needs of Christian faith of its troops and churches were built wherever cantonments existed.

Within the Jhansi cantonment is the beautiful Sacred Heart Church, a Roman Catholic Church built early in the 20th century. Saint Jude’s shrine here is one of the holiest places among the Christians. This is what attracts people of all faiths who throng the shrine all year round. We were fortunate and blessed to visit the shrine a few days back especially since we made it for the evening mass without any planning and the sermon exuded a sense of calm and inner peace. 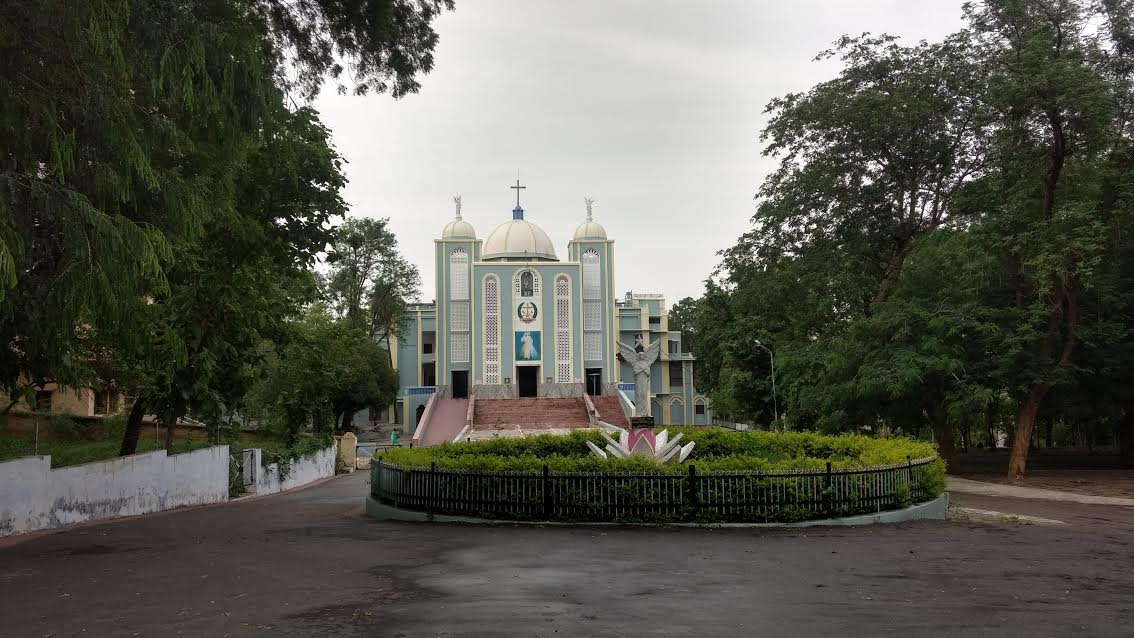 Since I’ve heard about this sacred shrine over the years and there was always a yearning to visit – it turned out to be one of those once in a lifetime ‘must do’ trips! The novena to St Jude - the patron of hopeless cases is at 5 pm every Saturday followed by the blessing with the holy oil of St Jude. People from different religious communities flock this shrine so as to get their wishes fulfilled. There is a strong belief in the power of St. Jude’s miracles.

“But you, beloved, build yourselves up in your most holy faith; pray in the Holy Spirit. Keep yourselves in the love of God and wait for the mercy of our Lord Jesus Christ that leads to eternal life.” (Jude 20-21) 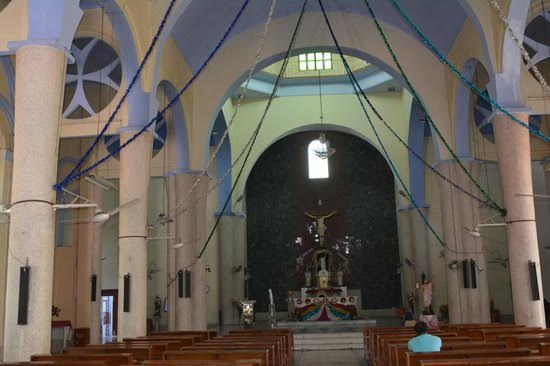 St. Jude is the Patron Saint of Hope and impossible causes and one of Jesus’ original twelve Apostles. He preached the Gospel with great passion, often in the most difficult circumstances. Through the power of the Holy Spirit, he made profound differences in people’s lives as he offered them the Word of God.

The Gospel tells us that St. Jude was a brother of St. James the Less, also one of the Apostles. They are described in the Gospel of Matthew as the ‘brethren’ of Jesus, probably cousins.

St. Jude is traditionally depicted carrying the image of Jesus in his hand. This recalls one of his miracles during his work spreading the Word of God. King Abagar of Edessa asked Jesus to cure him of leprosy and sent an artist to bring him a drawing of Jesus. Impressed with Abagar’s great faith, Jesus pressed His face on a cloth, leaving the image of His face on it. He gave the cloth to St. Jude, who took the image to Abagar and cured him. 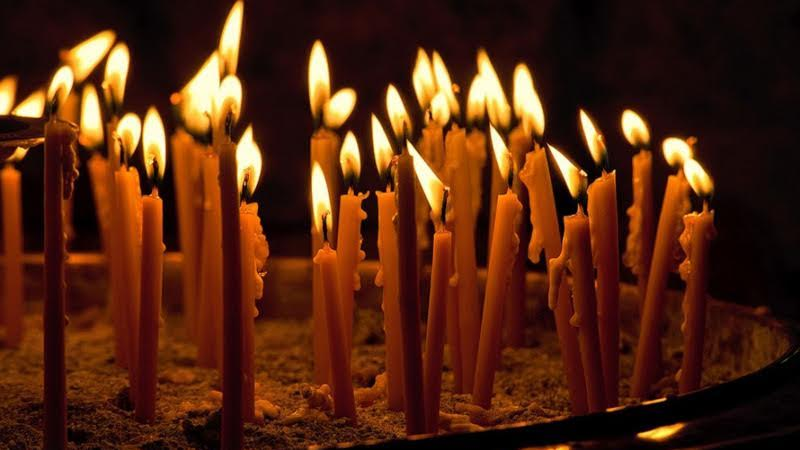 After the death and resurrection of Jesus, St. Jude travelled throughout Mesopotamia, Libya, and Persia with St. Simon preaching and building up the foundations of the early Church. St. Jude died a martyr’s death for his unwavering faith. His body was later brought to Rome and placed in a crypt under St. Peter's Basilica.

St. Jude’s Shrine is a very popular shrine, mainly for Catholic Christians and has the bone of St. Jude buried in its foundation. Devotees gather from far off places, especially on 28th October, on the occasion of St Jude's feast day, every year. The Feast day is celebrated with a week-long fair and procession on the last day. The fair is attended by people of different religions. The devotion to St. Jude Thaddeus was started in Jhansi by the late Bishop F. X. Fenech.

The Sacred Heart Church is one of the oldest churches in this part of India. The church history dates back to the nineteenth century. The church edifice is built with a fine blend of ancient and contemporary styles. I was most impressed by the simplicity of it all.

Among some Roman Catholics, Saint Jude is venerated as the ‘patron saint of lost causes’. This practice stems from the belief that few Christians invoked him for misplaced fear of praying to Christ's betrayer, Judas Iscariot, because of their similar names. The ignored Jude thus supposedly became quite eager to assist anyone who sought his help, to the point of interceding in the most dire of circumstances. The Church also wanted to encourage veneration of this ‘forgotten’ disciple, and maintained that Saint Jude would intercede in any lost cause to prove his sanctity and zeal for Christ.

Many countries venerate the Apostle Jude and have constructed either shrines or churches dedicated to his memory. Such sites include those in Australia, Brazil, Sri Lanka, Cuba, India, Iran etc. In the Roman Catholic Church, he is the patron saint of desperate cases and lost causes.

Saint Jude's attribute is a club and he is often shown in icons with a flame around his head. This represents his presence at Pentecost, where he received the Holy Spirit with the other apostles. Another common attribute is Jude holding an image of Jesus Christ, known as the Image of Edessa and in some instances, he may be shown with a scroll or a book or holding a carpenter's rule.

The evening service that we attended was simple, beautiful and inspiring. You feel an inner calm in the sanctity of the church. A positive interaction with the Priest before the start of the prayer service was an added bonus. The singing of the hymns by a local who had the most incredible voice and the reading of passages from the Bible took me back to my college days. On the far side of the Church, an old man sold candles that we bought and lit inside the Church. Candles are lit for the intention of prayer and symbolises the light of Jesus.

It doesn’t matter if you are a Christian or not – the Shrine emanates peace and positivity and that is what matters. The rain Gods were kind too and a short spell of rain that strangely took place only in the church premises and the peripheral area added a certain mystique…washing away our sins maybe!