A Hero of the High Seas

Just last month, we lost the naval war hero of 1971. A recipient of the Vir Chakra, Cdr. B. N. Kavina had led the attack on Karachi during the 1971 India-Pakistan war. He died on 30 June 2017 in Adelaide (Australia). Cdr Kavina was 80 years old and lived there with his son Karl. He is considered as one of the chief architects of the daring attack.

Sadly, such stories hardly make it to the news and remain a ‘ticker’ and ‘newsworthy’ pieces that bespeak of ‘communalism/hatred/breaking-news’ make it on prime time and get more coverage!

The daring operation that Cdr. Kavina is famous for, code named ‘Operation Trident’ was executed by the 25th missile squadron comprising naval ships Nipat, Nirghat and Veer of the Indian Navy. At that time, Lt Cdr. Kavina was the commanding officer of INS Nipat, a Vidyut-class missile boat. Apart from INS Nipat, the squadron comprised INS Nirghat and INS Veer each armed with four SS-N-2B Styx anti-ship missiles. 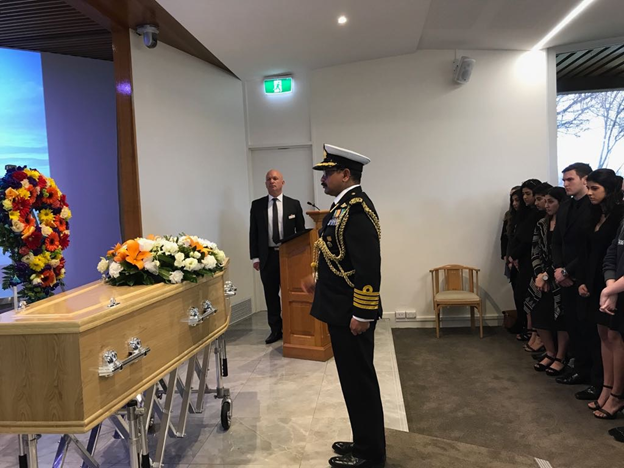 The story did not end there. Lt Cdr Kavina then took the Nipat within 25km of the shore, firing a Styx at the Keamari oil terminal setting off a spectacular blaze. This set the stage for the second missile attack on Karachi after which, the Pakistani fleet did not venture out to the sea during the rest of the war, rendering full control of the sea to the Indian Navy.

This brings us to understand the exact reason why Navy Day is celebrated. It is observed annually on December 4 to celebrate the magnificence, achievements and role of the naval force of the country. The Indian Navy is one of most potent maritime forces in the world and the most lethal in the Indian Ocean.

The observance of the day commemorates the launch of Operation Trident by the Indian Navy against Pakistan on 4th December, 1971. During the 1971 India-Pakistan war, the Indian Navy had played a significant role in the bombing of the Karachi harbour, the stronghold of the Pakistani Navy. In this attack, Indian Navy sank four Pakistani vessels and ravaged the Karachi harbour fuel fields. In this operation, the three missile boats had played a pivotal role. Operation Trident had also resulted in first use of anti-ship missiles in the Arabian Sea region.

The Indian Air Force had been carrying out reconnaissance flights over West Pakistan during December 1971, along the 2,430-km border. In a bid to frustrate such plans, Pakistan launched pre-emptive air strikes on Indian bases nicknamed Operation Chengiz Khan on the evening of December 3, 1971. Indian air bases at Amritsar, Agra, Srinagar, Pathankot, Jodhpur, Ambala, etc. were bombed. This led India directly into attacking the western wing which it wanted from the day the crisis in East Pakistan had begun. 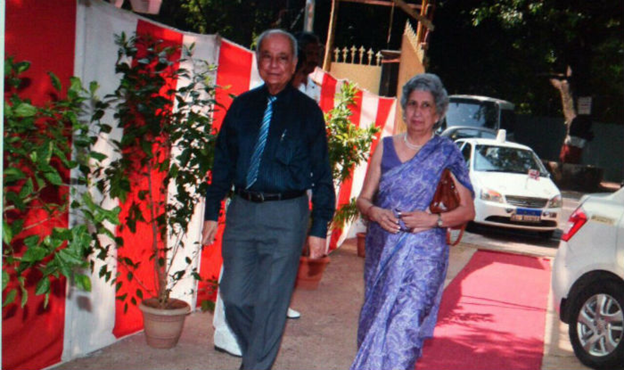 India retaliated immediately and from the night itself bombed Pakistan airfields and vital installations. The Indo-Pakistan war of 1971 had begun. Pakistan was now engaged on two fronts. While Indian air force attacked Pakistani installations every day, the Indian navy launched an attack on the Karachi port — the lifeline of Pakistan. On the night of December 4 and 5, Operation Trident caused major damage.

After the first round of air force and naval attacks on Karachi on December 4, India wanted to cripple Pakistan by blocking the Karachi seaport. Pakistan Navy retaliated by bombing Okha harbour in Gujarat and its fuel reserves, but three days later the Indian navy undertook another operation against Karachi titled Operation Python on the night of December 8 and 9, and sank three merchant navy ships but the loss of oil reserves at the port was severe. All 22 fuel tanks were ablaze for three days.

After December 8, Karachi seaport virtually stopped operating. Trade stood still. Besides the damage caused to the naval facilities at Karachi harbour, the attacks caused serious damage to civilian life and material. The naval and air attacks on Karachi continued till there was a ceasefire after Dhaka fell.

After the December 3 situation, the Indian air force bombed the air bases in Punjab and Kashmir and the infantry pushed through Sindh, Punjab and Kashmir. Here the Indian army stayed till the final withdrawal truce. As the war had flared up, world leaders regained new efforts for considering ways to stop it and bring the parties to the negotiating table.

The Indo-Pakistani war of 1971 was one of the shortest yet one of the important wars in the history of the two countries. During the war, apart from Indian Army and Indian Air Force, the Indian Navy played a huge role in making the Pakistanis surrender.

These attacks on Karachi not only destroyed the Pakistani oil reserves, but also destroyed the refinery thereby depriving Pakistan of the ability to process more oil. This in-turn resulted in a severe shortage of petrol, diesel and aviation fuel, reducing Pakistan's ability to sustain the war effort against India. This was the main reason why the war was so short and the surrender of Pakistani forces was achieved with relative ease. They did not have sufficient fuel for their ships, aircraft and vehicles including tanks to sustain the war effort!

Planned under the leadership of Admiral Sardarilal Mathradas Nanda and masterminded by then Fleet Operations Officer of the Navy Gulab Mohanlal Hiranandani, Operation Trident is referred to as one of the most audacious naval attempts the world has ever witnessed.

In conversation with Capt. Samir Kohli, CEO The Erring Human®, this is what he had to say, “As far as I am concerned, this is the story of excellent planning and a flawless execution against all odds. The missile boats of operation Trident are extremely tiny boats that neither have the fuel nor sufficient water or sea keeping quality to make the passage from Mumbai to Karachi.

They were therefore towed there, with the crew subject to severe water and food rationing while vomiting their guts out due to heavy roll and pitch experienced in high seas. The pin drop precision with which this attack was accomplished takes on a very different meaning in the light of these conditions which are not known to many who have never ventured out at sea. This is the story which motivated me to join the Navy.

Of course, the heroes of this operation had long retired and gone by the time I was old enough to join, but that did not come in the way of their bravery inspiring me and keeping me motivated to deliver my best when I faced similar conditions at sea. My chance to meet my heroes came several years later. First was a chance encounter at a gas station in Coonoor near Ooty, with the great Late Field Marshall Sam Manekshaw, where after staring at him for some time, I drew up the courage to walk up to him!

I was too much in awe to be in his presence and words failed me then. Several years later, after my retirement, came another chance encounter at the airport with Late Cdr. Kavina and the unforgettable 5 or 7 minutes of time to exchange greetings and to convey my respects to the man who had changed the course of my life!”