Chester Charles Bennington (March 20, 1976 – July 20, 2017) was an American singer and songwriter best known as the frontman for the rock band Linkin Park. He was also the lead singer for Dead by Sunrise and fronted Stone Temple Pilots from 2013 to 2015.

Police say that the singer, who struggled with substance abuse, is suspected to have killed himself in a private residence in Los Angeles County. Drugs and alcohol have featured in the lifestyles of so many performers for so long that sometimes it's difficult to tell if depression is the symptom or the cause. Some artists, as Marvin Gaye did, use them to steady their nerves before performances; others use them to come down from the high of the performance. It is said that more people in the arts attend Alcoholics Anonymous and Narcotics Anonymous meetings than in any other profession unfortunately.

Many people who become performers do so to fulfil a craving for acceptance and love from their audience; they need that affirmation to be able to feel good. But having a love affair with thousands of people you don't know is bound to lead to dissatisfaction, heartbreak and disappointment – often as soon as you leave the stage, or go home to an empty house.

It also appears that a high proportion of people with depressive illnesses are drawn to working in the arts, though often their problems go undiagnosed and untreated. Robbie Williams has often spoken of his battles with depression. Often, what makes an artist great is the fact that they're born "with a skin too few" – which might be why some worry that getting medical treatment would stifle their creativity or make their output less interesting – but that also makes them less able to handle the pressures of not knowing where their next pay packet will come from, and being expected to always be at the top of their game. 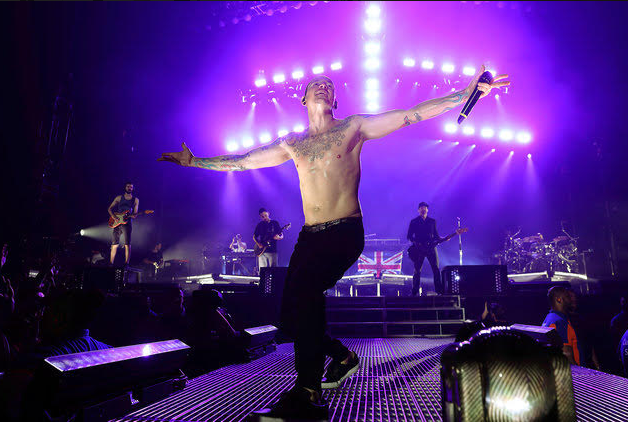 Does this mean that you have to suffer for your art? There is a certain morbid fascination in watching an artist crash and burn, but the reality for the sufferer is that depression is so debilitating it's impossible to create anything at all. It's only when emerge from a period of illness that you can look at the darkness and find the words to describe it. So maybe the key to being a great artist and songwriter with a long and happy life is to dare to go to those dark places – but don't make them your home.

Chester Bennington, the lead singer of band Linkin Park, soothed the angst of millions. Bennington, who was 41 years old, joined the group in 1999 and became a household name the year after with the release of the band’s debut album Hybrid Theory, which was nominated for a Grammy award for best rock album. Their second album, Meteora, has sold over 27m units and the band collaborated with Jay-Z for 2004 EP Collision Course.

Bennington also fronted the Stone Temple Pilots from 2013 to 2015 and made small appearances in the films Crank and Saw 3D. When his close friend and fellow musician Chris Cornell, lead singer of the bands Soundgarden and Audioslave, killed himself this past May, Bennington honoured him on Twitter and performed at his funeral.

Sadly Bennington’s death came just a few months after the release of the rap-rock group’s seventh album, One More Light. Here is a look back at some of the songs that made Linkin Park (and Bennington’s unique blend of scream-singing) iconic for so many. 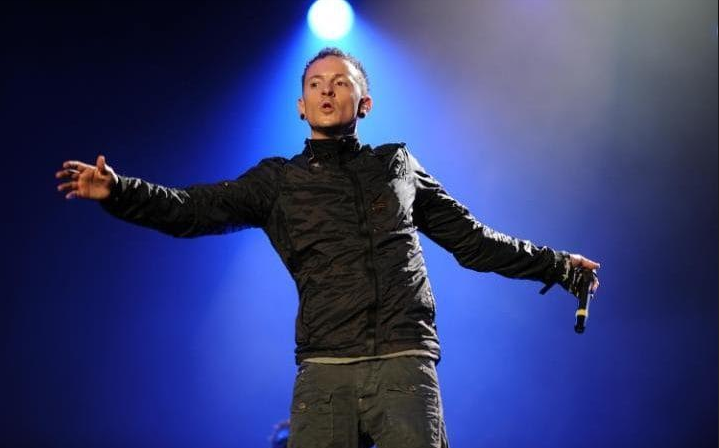 The lead track off Linkin Park’s debut album Hybrid Theory certainly kicks things off to an explosive start. It was also one of Bennington’s personal favourite Linkin Park songs — he once said the paranoid anthem “captures exactly what our band is about.”

The beauty of Linkin Park’s music, and Bennington’s vocals in particular, is that they always seemed like they were about to fall apart. As Chris Willman wrote in EW’s review of the band’s 2007 album Minutes to Midnight: “Bennington has a rare gift for screaming and hitting recognizable notes at the same time.” Yet the thrill came from the feeling that at any point the scream could finally burst out of control. This song places that subtext at the forefront, a dramatization of feeling just one step away from the edge.

Perhaps Linkin Park’s most recognizable anthem, “In the End” perfectly blends Bennington’s anguished vocals with Shinoda’s rapid-fire rapping. The two vocalists pass the baton back and forth as they tell a pitch-perfect story of finally coming to the end of a toxic relationship.

Linkin Park was great at giving voice to the anguish that so many people, especially young people, suffer through on a daily basis. Sometimes they gave voice to that feeling in explosive screaming and in-your-face raps. Other times, like on this cut from 2003’s Meteora, the desperate search for belonging took on a quieter tone.

Another of Bennington’s personal favourites, “Breaking the Habit” is about finally breaking free of a drug addiction. Though Shinoda wrote the lyrics, they resonated so deeply with his own experience that Bennington found it difficult to perform even in the studio.

One of the more emblematic cultural artefacts of the mid-2000s was Collision Course, the 2004 mash-up album between JAY-Z and Linkin Park. Mashing up JAY-Z was all the rage in those days (the project was inspired by Danger Mouse’s JAY-Z/Beatles combo, The Grey Album), but Bennington’s vocals provided a particularly resonant backdrop for the rapper.

Linkin Park had a long career spanning almost two decades. One result of that prolific span is that they lived through the rise and fall of various trends. By the time of their 2007 album Minutes to Midnight, the rap-rock genre they had originally thrived in had started to go out of style. So they changed directions somewhat and shifted more of the vocals to Bennington, who produced heartfelt ballads like this song, about coming to terms with a friend’s death.

Just because the band moved away from rap-rock on Minutes to Midnight doesn’t mean they abandoned it entirely. This track, for instance, is one of the most energetic songs tracks in their entire catalogue, as Bennington and Shinoda once again seamlessly united. Like so many Linkin Park songs, it’s a vessel for the rage that emanates from having an itch you just can’t scratch no matter what you do.

Linkin Park really tried expanding their sound on their 2010 effort, A Thousand Suns. This single is emblematic of the new direction, with Bennington and Shinoda almost switching roles: Shinoda performs some of the song’s verses with a reggae delivery, while Bennington sings hopefully of escaping past mistakes and finally embracing a new beginning.

Bennington is survived by six children, Jaime, Isaiah, Draven, Tyler Lee and twins Lily and Lila, and his wife Talinda Ann Bentley. Rest easy Rockstar! May you be at peace now!