Low-profile actor Adil Hussain has done it again. He has won the Best Actor Award for his sterling performance of an adult son in conflict with his father who wishes to go to Mukti Bhawan in Benares to die. Earlier this year, he has received special mention at the National Awards for his work in Mukti Bhawan (Hotel Salvation) in Hindi and Maj Rati Keteki in Assamese. He has now bagged the Best Actor award at Washington DC South Asian Film Festival (DCSAFF) for Mukti Bhawan.

It took a long, long time for Adil Hussain to get noticed. But once he got it, there has been no looking back. He made his debut with the Bengali film Srikanto which sank without a trace and Adil went unnoticed. But several films later, specially English-Vinglish in which he portrays the very patronising husband of Shashi Godbole (Sridevi), his is not only a known face on the big screen but a face that the audience immediately links to a magnificent performance.

His roster is impressive but brief with films like For Real (English), Reluctant Fundamentalist (English), Agent Vinod (Hindi) and even a Tamil film and a French film. 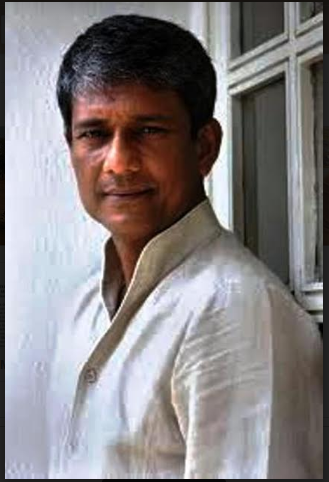 You are not much of a media-savvy person. Let us hear your back story.

I come from a family of academics and was brought up in Goalpara, Assam. When I was in school, the cultural programmes organized at the function in celebration of the Bihu Festival m front of our house was a great point of attraction for me. I was deeply inspired by the stand-up comedy act by Ratan Shankar. I would come back home and imitate his act. My first play was a 30-minute, sit and I loved it so much that those 30 minutes felt like five. By the time I was in the eighth grade, I was regarded an established actor in school. But my father, a teacher, was very angry and against my love for acting.

You have trained in the National School of Drama. How did you land there?

When I was still a school student, someone handed me a brochure of the National School of Drama. The dream of making it as an actor perhaps became a strong urge from then. I was already into school plays and had won awards. But taking it up seriously needed training and groundwork. The question that dogged me was - ‘how and why do I like one actor’s performance better than the other’s if there were two performing actors on stage?’ I did not complete my graduation and managed to get into the last batch when NSD would allow non-graduates to join. Life has never been the same again.

Which plays you cherish the most while you were at NSD?

The plays that shaped me into an actor are – Uttar Ramcharitram based on Bhavabhuti’s original Sanskrit play, Dr. Faust, Three Pney Opera, Three Sisters and Cherry Orchard.

How did Mukti Bhawan happen?

The offer to act in Mukti Bhavan came to me at the last minute. I was in England then for the premiere of Feast of Varanasi, another film also shot at Benares. I hesitated but the director insisted. I was shaken by two things – Benares and Death. Death is a mystery to me. I was not present when my father passed away. But frankly, this did not pain me. It is not as if I did not love my father. I was prepared for Death. I strongly believe that Death does not end everything. There is a different life waiting for you across that point. We do not know about it. The film is a masterstroke in terms of experimenting relationships in the face of death by the young director. 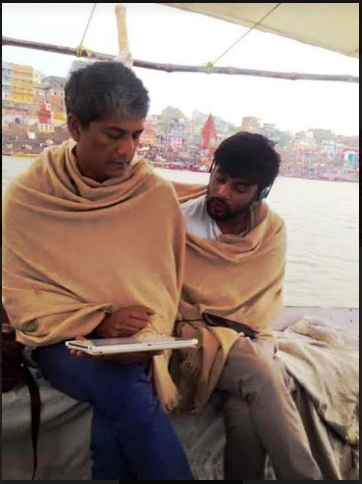 What is it that pulled you to this film?

The father-son conflict was the other area that pulled me to this film. Sanjay Bhutiani was only 24 when we were shooting the film and I was amazed. Looking back, I feel Mukti Bhavan has been one of the best decisions in my life. I skipped the London premiere, cut out the theatre workshop scheduled in UK and came back to do the film. It won me a Special Jury Mention at the 64th National Film Awards. The citation reads: “Two different films, two different characters, one same actor. One word- Brilliant.” What more can an actor ask for?

Tell us something about the other Assamese film Maj Rati Keteki..

Maj Rati Keteki, is directed by Santwana Bardoloi who returns to direction after20 years. She made a path-breaking period film called Adajya in 1997. I portray Priyendu Hazarika, a famous writer who comes back to his hometown in Assam after 10 years. This brings back to him a lot of fond and sad memories. He realises that the city has changed and this influences his writing too. His memories are intercut with memories of his boyhood friend Bhola, slave-driven by his master. The writer is haunted by sad ghosts of the past It was a very good role for me because I had the opportunity of going back to my home state and reliving some of my own memories of growing up in Goalpara. In fact, both the films place the protagonist within a very tiny and tight space where you can't help but put behind the hidden ghosts of the past, the grudges and the acquisitions 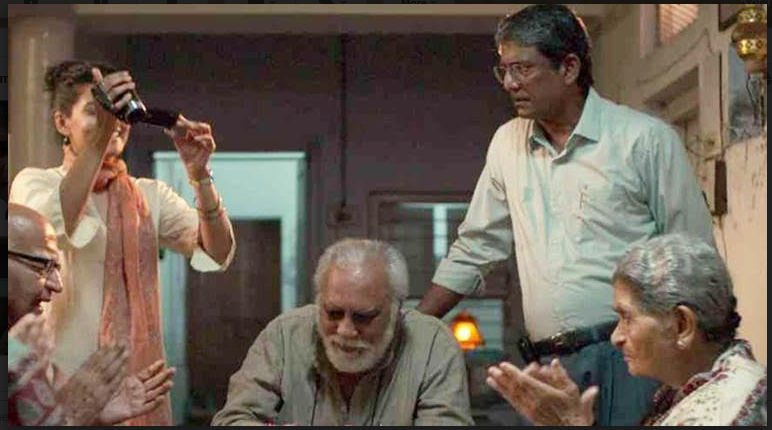 Among the Bollywood films that you have done, which director has impressed you the most?

I have learnt different things from different filmmakers and I have liked them for their individual approach. I have done both theatre and cinema but if you ask me, basically, the truthful world in both television and cinema remains the same. Having said that, I find cinema very scary because whatever I do in front of the camera is frozen for life and you cannot do one thing about it. Besides, cinema is shot haphazardly and not sequentially like we do in theatre. You do not exactly know how you are being presented by the camera because the presentation is the contribution of many people and the actor has little control over it.

You have done theatre, television and cinema. Is there a scale of preference among these three for you as an actor?

I find cinema quite scary because whatever you do in the final take is frozen forever and you cannot do it all over again. The other reason is that a story for cinema is not shot consequentially from beginning to end and this is done only when the film is being edited. So, an actor has to pick up the finer nuances of a given scene at that point of time and deliver perfectly. Television is sequential but otherwise there is not much difference between television and cinema. But the stage is fluid, flexible and can be improved upon by an actor from one performance to the next and that is a happy thing for any actor. Cinema is something produced by an entire team and you are just a tiny speck in that large ocean. So your contribution does not enrich you as much as you would like to believe.

Pegasus Hack: How Much Did it Cost to Spy on Citizens?

‘We Will Fight’: Dainik Bhaskar Editor After Tax Raids on Offices

On the Punjab Govt’s Debt Waiver for Farm Labourers