TIFF's Wealth Of Films Please All But Awards Surprise

Closing Day and TIFF’s Sunday brunch for the media, the day after the festival officially ends, is when its leading lights,​ Director and CEO Piers Handling and ​Artistic Director ​Cameron Bailey,​ announce the winners. They do so swiftly, informal and witty ​in their asides, allowing the overwhelmed prize-winners to have their emotional say.

This year, the awards were unexpected, surprising many and raising eyebrows at times, because in the main, they belied the titles that were being touted as favourites.

TIFF’s importance is its incredible programming and its razor-sharp timing. Coming after what Cannes, Locarno and Venice have precipitated, TIFF strikes the decisive gong to what could and will influence the coming Oscars. Additionally, unique to TIFF— which in turn influences buyers, is that it's powerful People’s Choice Awards are judged entirely by its remarkably knowledgeable and supportive audiences. Their astute choices have, with skilled prescience, invariably led to Oscar nods (‘La La Land’, ‘12 Years a Slave’, ‘The King’s Speech’ and ‘Slumdog Millionaire’). Since 2007, eight of the last ten People’s Choice winners have gone on to win or be nominated for the Academy’s Best Picture prize.

There are times, very rare of course, when just one film can make the entire festival worthwhile. That film is then assiduously and heatedly debated and promoted in festival corridors and coffee counters. This happened in Cannes with the Danish filmmaker Lars Von Trier’s ‘Dancer in the Dark’ (2000). It just bowled over its viewers, culminating in the press and public’s joyous reaction when it won the Palm d’Or. 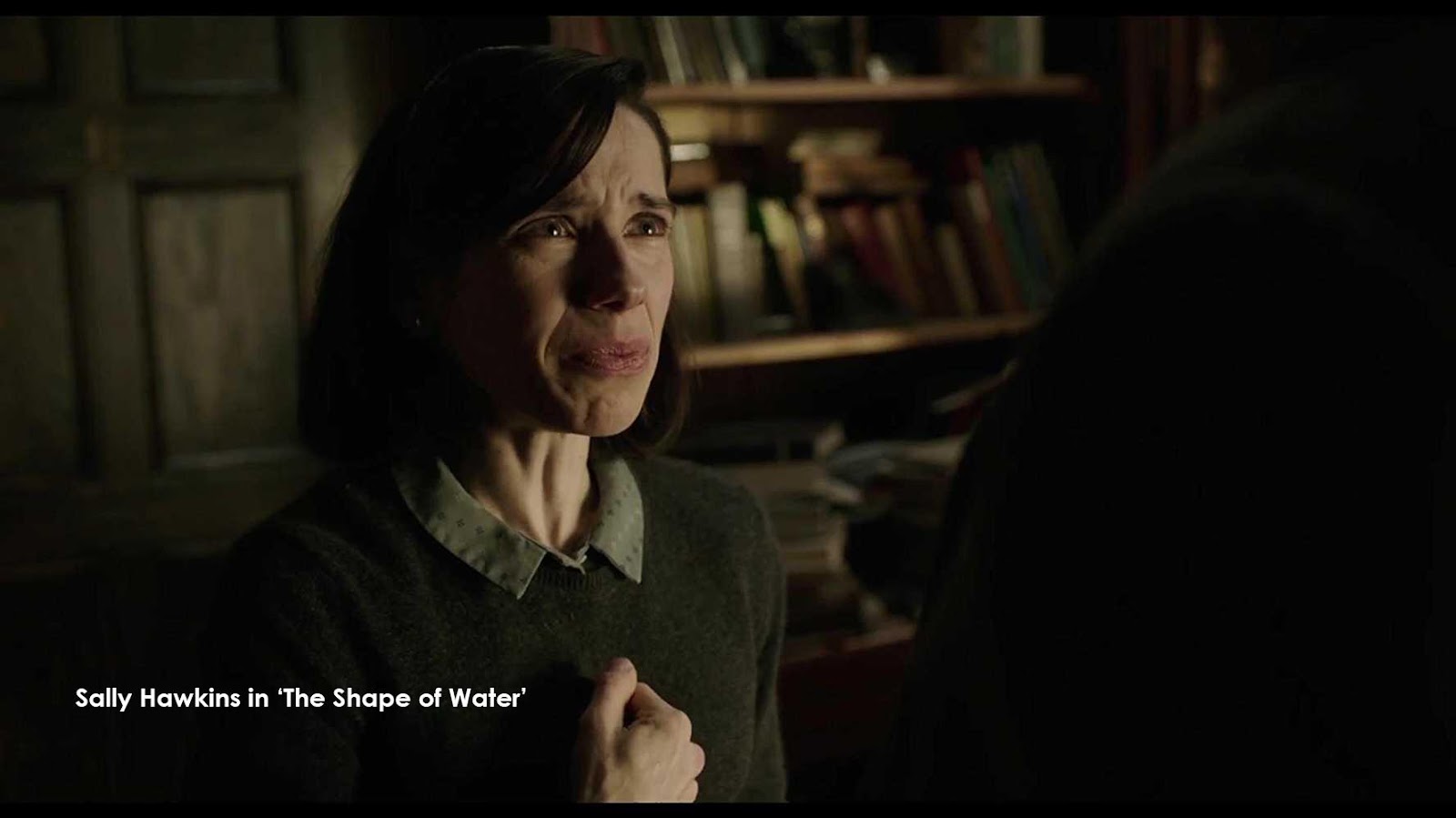 In Toronto, though nowhere near that exalted scale, one film did seem to tower over others. That was ‘The Shape of Water’ by Guillermo del Toro, which won the Golden Lion at the 2017 Venice Film Festival. The film is stunning in the scale and depth in which it extends the many levels of cinema. Set in 1962 Baltimore of the Cold War ​​America, it features a mute young girl (Oscar contender for sure, Sally Hawkins) whose eyes and wondrous expressiveness say all that ​she ​feels. She works as a janitor in a top-secret government installation managed by a bloodthirsty, overzealous agent. He consults a mysterious doctor, who the​viewer knows is of Russian origin and also a ploy of Russian agents. She stealthily ​befriends a strangely attractive amphibian creature — an Amazonian fish man — who she chances to see in a sludgy water-tank, held in captivity. The sexy monster and she come to life as they fall in love and their romance reaches a delirious denouement as she masterminds his dangerous escape. 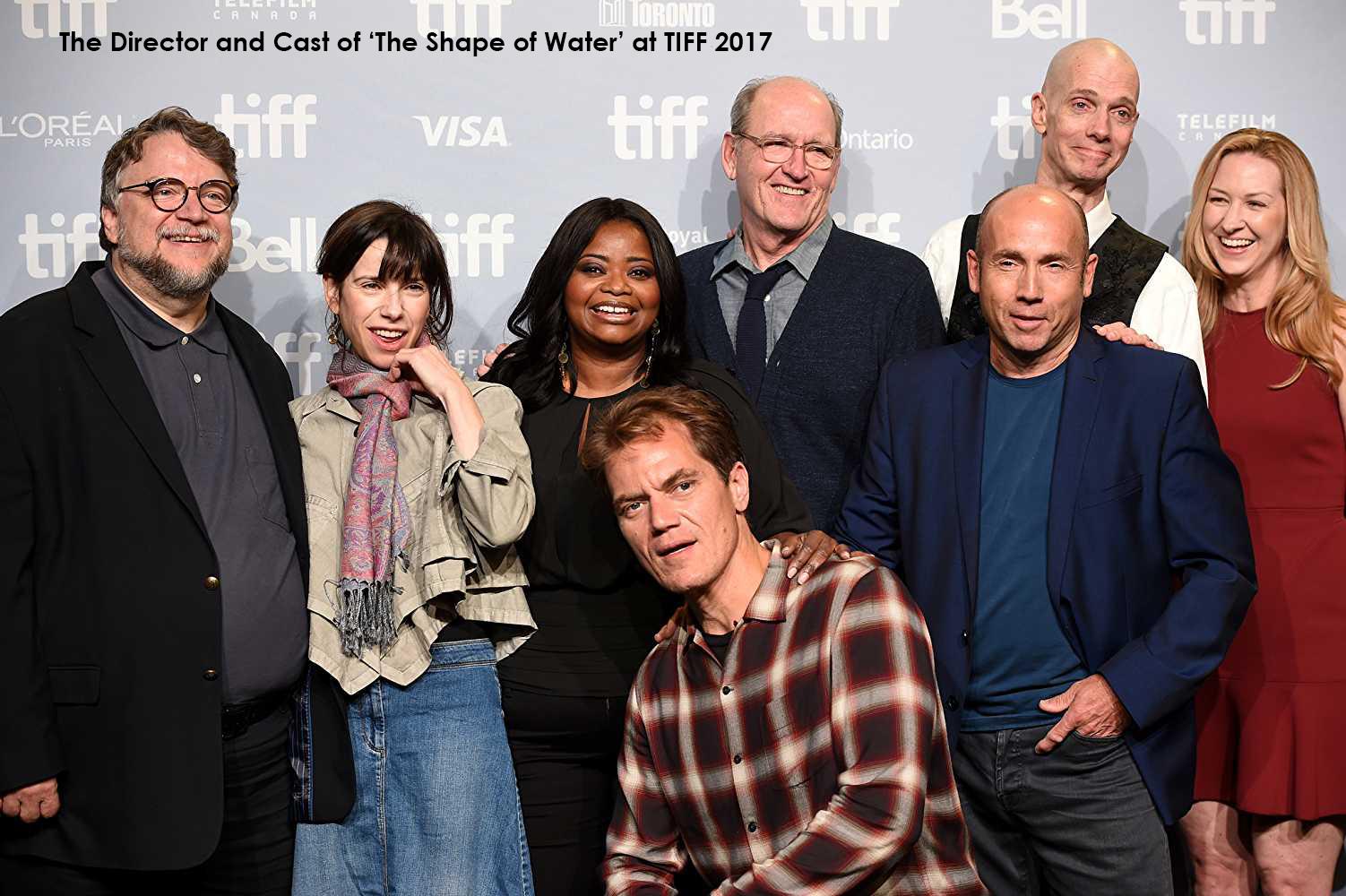 This many-splendored film has so many sides to it, from the vicious nature of political gain, to communication and feeling in human relationships, its amazing fable-like scale of presentation, its telling backdrop of period film song and dance, and what in essence could be the fantasy world that sustains us. The director summed it up to the rapturous applause he received on stage post the film’s screening: “It’s important that we choose love over fear,” he said. “As silly as it may sound, it’s the f***ing answer to everything.” He also apologised offhandedly to his fondness for the four-letter word. 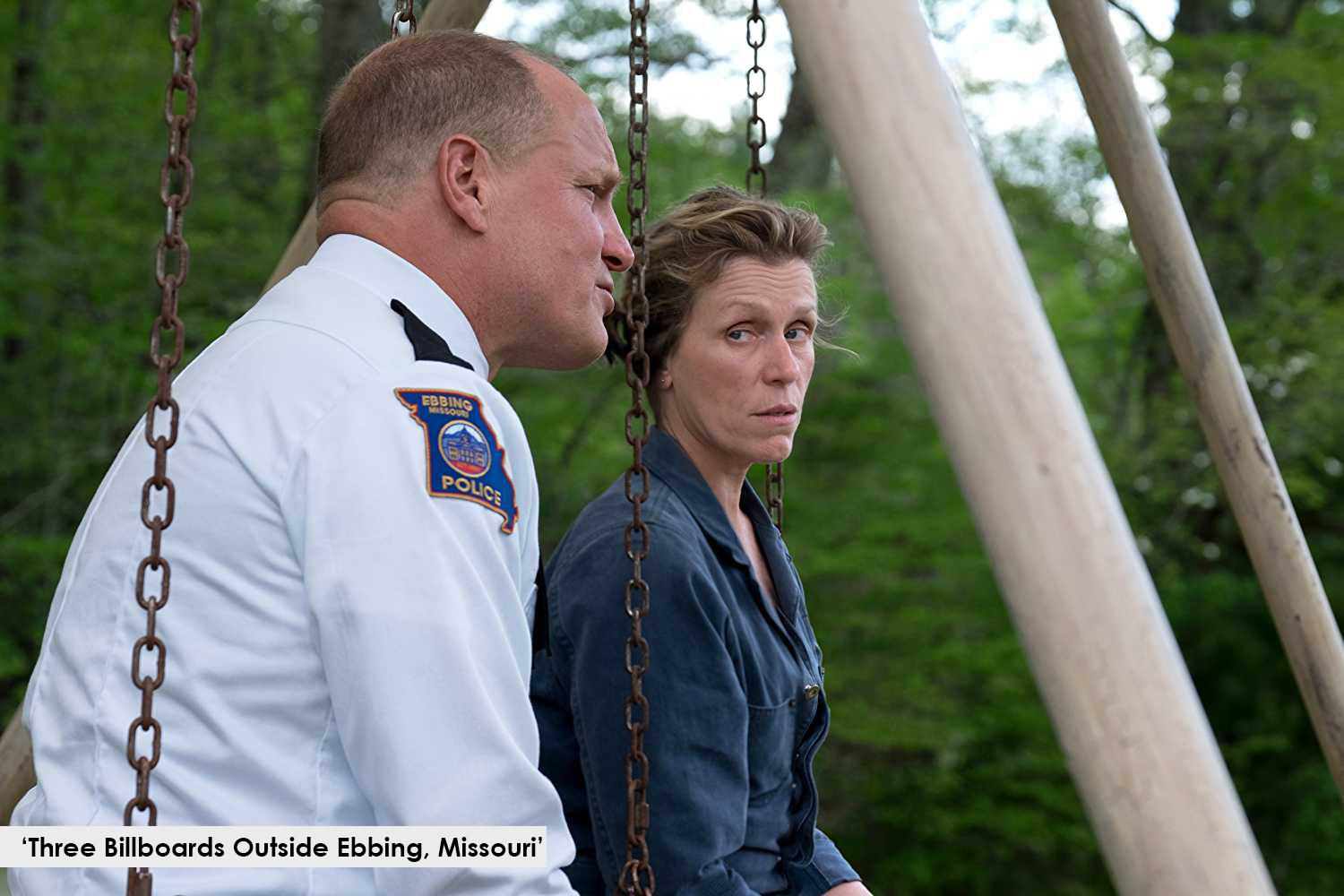 ​ But ‘The Shape of Water’ got no mention at TIFF awards, as did other favourites. The People’s Choice Award went to the film it competed with at Venice, ‘Three Billboards Outside Ebbing, Missouri’ directed by Martin McDonagh. The darkly comedic film follows Mildred Hayes (the incomparable Frances McDormand) who counters months of futile enquiries on identifying the culprit of her daughter’s rape and murder with a bold protest move. She commission's three billboards that welcome visitors to her town, each with a controversial message aimed at William Willoughby, the town's respected chief of police. When his spoilt, violent second-in-command enters the picture, the battle between complainant and law enforcement reaches a climax. 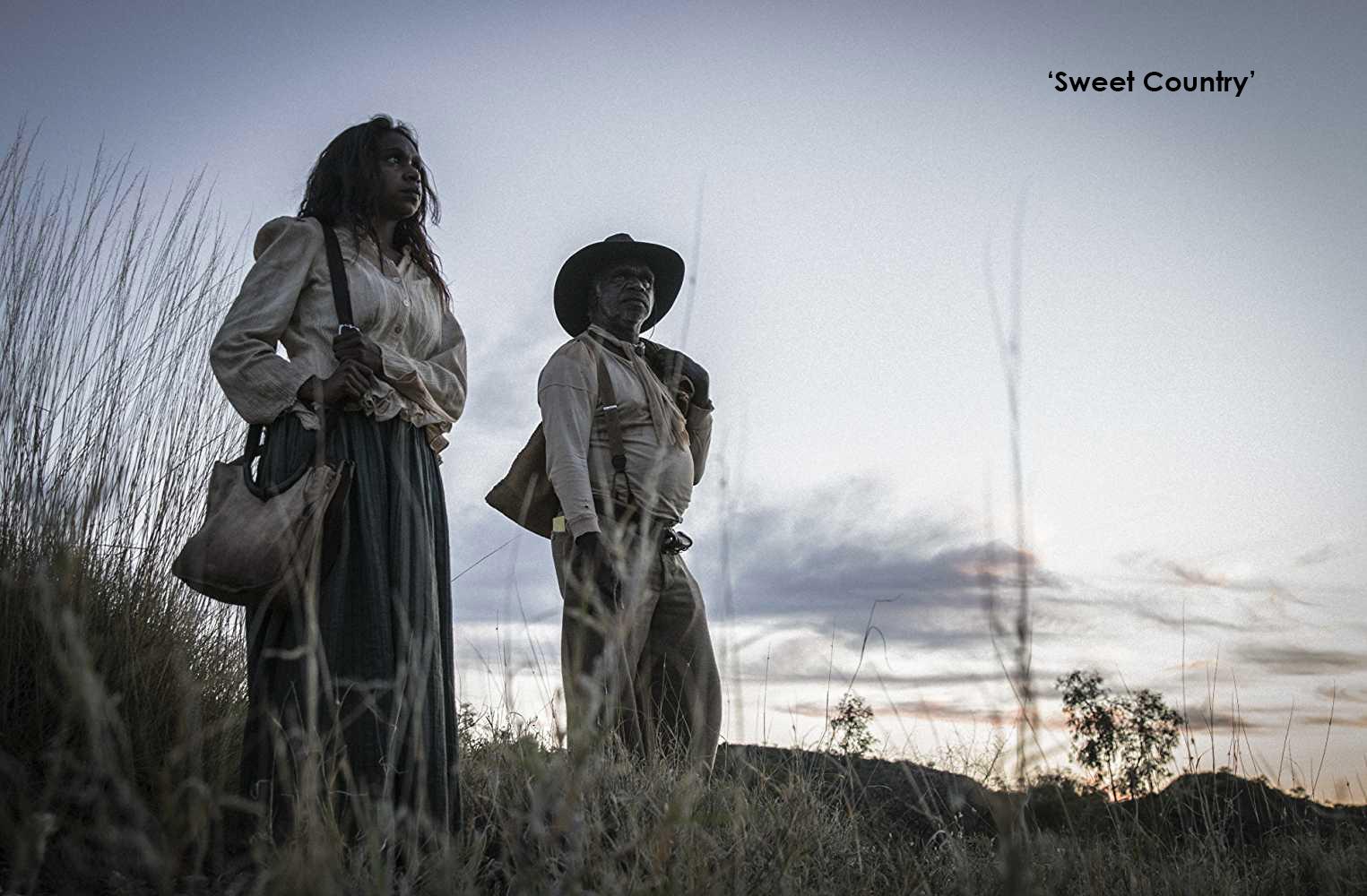 Other notable winners include Warwick Thornton’s Australian Western ‘Sweet Country’, a period western set on the Northern Territory frontier where justice itself is put on trial.​ Jurors Chen Kaige, Malgorzata Szumowska and Wim Wenders also awarded an honourable mention to Clio Barnard’s Yorkshire drama ‘Dark River’. The latter is a riveting account of sibling separation​ and rivalry, which ends with a bitter reconciliation.

But there was no mention of  Xavier Legrand’s ‘Custody’ or Armando Iannucci’s ‘The Death Of Stalin’, both much talked about at press and industry gatherings. ‘Custody’, another of the winners at Venice this year (best director and the ‘Lion of the Future’ for best debut) is a heart-stirring, seethingly moving account of an abused wife and more so, her helpless, tormented young son, by a violent husband who she has filed against for divorce. ‘The Death of Stalin’ is a hilarious black comedy about the political and personal bumblings that lead to historical events such as wars.

The FIPRESCI award for Discovery section went to ‘Ava’, a joint product of Iran, Canada and Qatar, which tells the story of a 17-year-old girl who decides to influence the life of her family, her friends and herself. And the NETPAC Award, the Jury chaired by Indian film critic, Dr. Rashmi Doraiswamy, went to the Taiwanese film, ‘The Great Buddha+’ directed by Huang Hsin–Yao, a wry and good humoured take on the disparities of this world.