From Canvas to Camera, Search for Inner Peace

Well-known artist Sanjay Bhattacharya (59) is not happy with the way the world is changing. He uses the lines ‘na…mono lagena’ from a classic Salil Chowdhary song sung by Lata Mangeshkar, to describe his state of mind.

“After years of painting canvasses within the four walls of my Delhi studio my soul has been gripped by sense of detachment and perhaps depression too. I felt something amiss,” he says.Being the restless artist that he is, he has channelled these feelings to find a new form of artistic expression.

But as an artist over the years Bhattacharya had made numerous realistic paintings and sketches going out in the open. What has changed now? 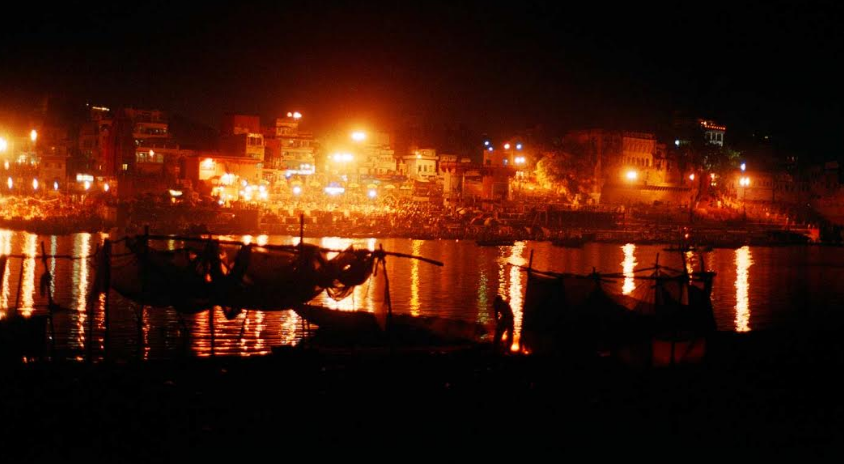 “The world in which we live today has changed. Outdoor painting is obsolete now. Today the scenario is such that it is not possible to go out in public spaces, with your paints, canvas and easel, to make a painting. I have a feeling that people would not accept you in their midst today. People doubt your intentions. They resent your presence. It is not like what it used to be. Then I found a solution in going out. I realised that using a camera to take the images that strike you as an artist is the only way out,” he says.

This artist has been travelling a lot in the last few years. But not alone. “My camera has been a constant companion with me in these journeys. My travels and the images I take during them with my camera have the sole purpose of giving an inner peace to my soul,” Bhattacharya says.

It has been a fair while since he has used his camera to catch the images that touch his artistic sensibilities. There is a lot and often quirky that catches his attention. He has taken images of rusting boards on construction sites, patterns forming over the tar on road building sites and steel utensils piled on a table in a roadside dhaba. 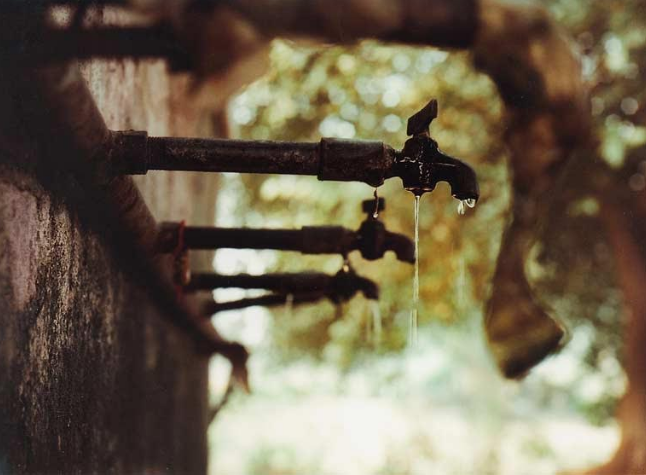 He has also worked to capture nature, such as silent landscapes from Ladakh, evening descending over the still waters of a pond in Shantiniketan and horizons over the sea. These are some of the images displayed in huge frames in his on-going solo exhibition in India Habitat Centre, Lodhi Road, New Delhi.

Bhattacharya has also focused on just faces and expressions. “My attention is taken by the faces which show pain, joy, passage of time and age.”

Another interesting series he did with his camera is on dripping water taps. “It was in Jaisalmer that I saw these taps. When I took images of these taps with running water I just thought of the many people in our country who walk miles for water, and how many who wait for rains to fill a single bucket of water-and look at these taps-there is no one to repair the washers that have become old, no one to come out and shut of these taps so that water is not wasted. Everything around the flowing and trickling water became a symbol of neglected life objects,” he points out. 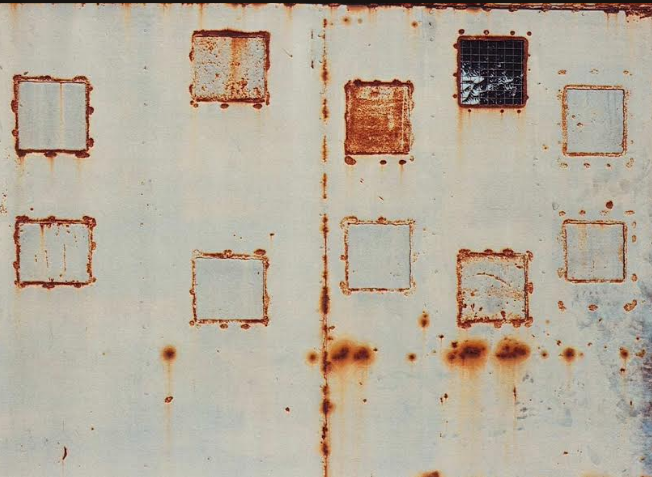 Over the years Sanjay Bhattacharya, who studied art at Government College of Arts and Crafts, Kolkata has always been trying to find new expressions for the artist in him. He started with realistic watercolours, then moved to making landscapes in oils and then did a famous series of portraits of political leaders.

In between he also did a much-appreciated series inspired by the art of Salvador Dali and Rembrandt. Till he found his love for the camera. “Today camera has become part of my life, even though I don’t call myself a photographer. I will continue to paint and meet deadlines. I have to do that for survival. But for inner peace I think I will continue to take pictures, out in the open,” he smiles.