The Ban on Firecrackers Went Up in Smoke!

Wednesday, 18th was an impressive evening. ‘Chotti Diwali’ was ushered in without much ado… It was relatively quiet and the noise of firecrackers few and far between… The occasional sound could be heard miles away followed by a burst of lights in the sky but other than that… It was nice and pleasantly quiet. For once, it seemed, the people of NCR seemed to be behaving!

My faithful domestic help came in on Diwali morning very awestruck with the clean roads and mentioned there were no strewn remnants of used crackers as is noticeable every year and that even her locality had been very quiet. She was quite relieved that this year they didn’t have to spend on buying crackers or watch over the kids while they burst them. There were always calamities when the children played with these explosive items. Her son had once escaped with just a few burns thanks to a quick rescue. Personally, I’ve never understood this love for bursting crackers – such a waste of money and at what cost to the environment.

Diwali morning was good… The air seemed as breathable as any other day…there was hardly any smog and the roads were relatively litter-free. What a nice change from earlier. But come Diwali evening… Pffft! Everything went up in smoke. The Supreme Court ban on firecrackers was literally disregarded and thrown out of the window. The usual lawbreakers and ‘good for nothing’ troublemakers that NCR is famous for…went about destroying the environment even further. Some people just don’t change…or improve. They don’t care – as simple as that! 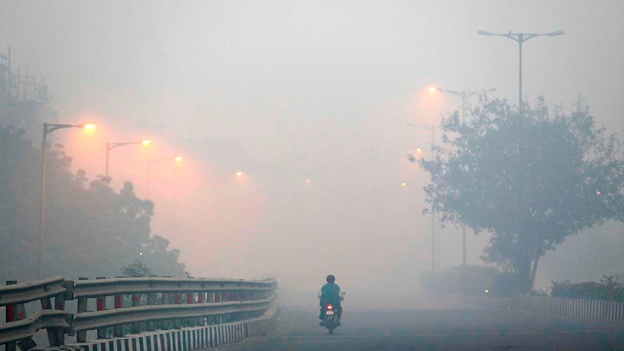 Fortunately, most gated societies and condominiums in Gurgaon followed the ban and only celebrated with decorations of lights, diyas, rangoli and flowers. Thank goodness for small mercies. Of course, the well-known trouble-makers, who still haven’t fathomed the critical levels of the pollution in our country, tried burning crackers in their backyards but were soon ticked off by other residents and so they had no choice but to adhere.

Although some were unhappy with the cracker ban, most people were pleased about it and had no issues in saying no to firecrackers and embracing a green Diwali with no noise and ensuring the environment was free from pollution – they did their bit but unfortunately all their efforts went up in smoke last night thanks to the selfish others.

I understand that Diwali or Deepavali is known as the festival of lights but that doesn’t mean we ignore the fact that a number of toxic gases are released due to these crackers which create a serious threat to the environment and air pollution.

Let’s not forget that the high-decibel sound caused by some firecrackers scare little children and animals. 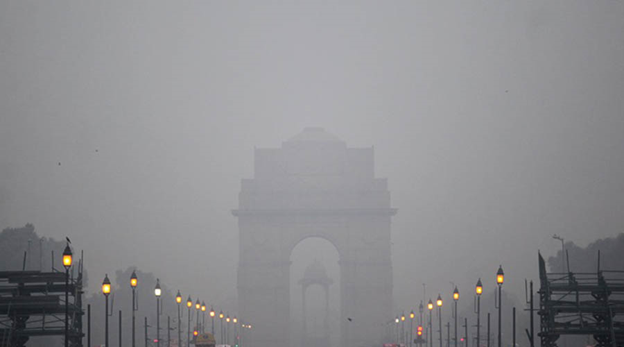 After the horrific smog NCR witnessed last year, the Supreme Court banned firecrackers in the region, leading to a serious debate with many eminent personalities arguing for and against the ban. While many saw the eco-friendly ban as an infringement on their freedom, others thought it was communal…nothing new!

However, thankfully there were many who came forward to wish people a pollution free and noiseless Diwali. While many animal lovers campaigned for their furry friends others urged everyone to be responsible for their children. Asking people to preserve nature for a better and healthy future is a reasonable demand I think and why not!

Sadly, a quiet and promising evening gave way to a noisy evening filled with thick haze and smog. Soon, the pollution monitoring stations were seeing ‘red’ as did many of us.

I seriously think we need to take a pledge to make this planet into a better place for all of us to live in harmony. Each one of us is responsible for improving our environment and we need to take onus. We can all do our bit and in turn also learn to co-exist, regardless of the consideration of caste, colour and credo!