APM, the biggest investment and co-production market in Asia, provides a stepping-stone for filmmakers to take their new projects forward with investments of various kinds from within the global industry.

This year out of a total 317 projects, 28 made the final list. Of the 60 submitted from India, the final two selected were Kerala’s Sanal Kumar Sasidharan and Assam’s Bhaskar Hazarika. 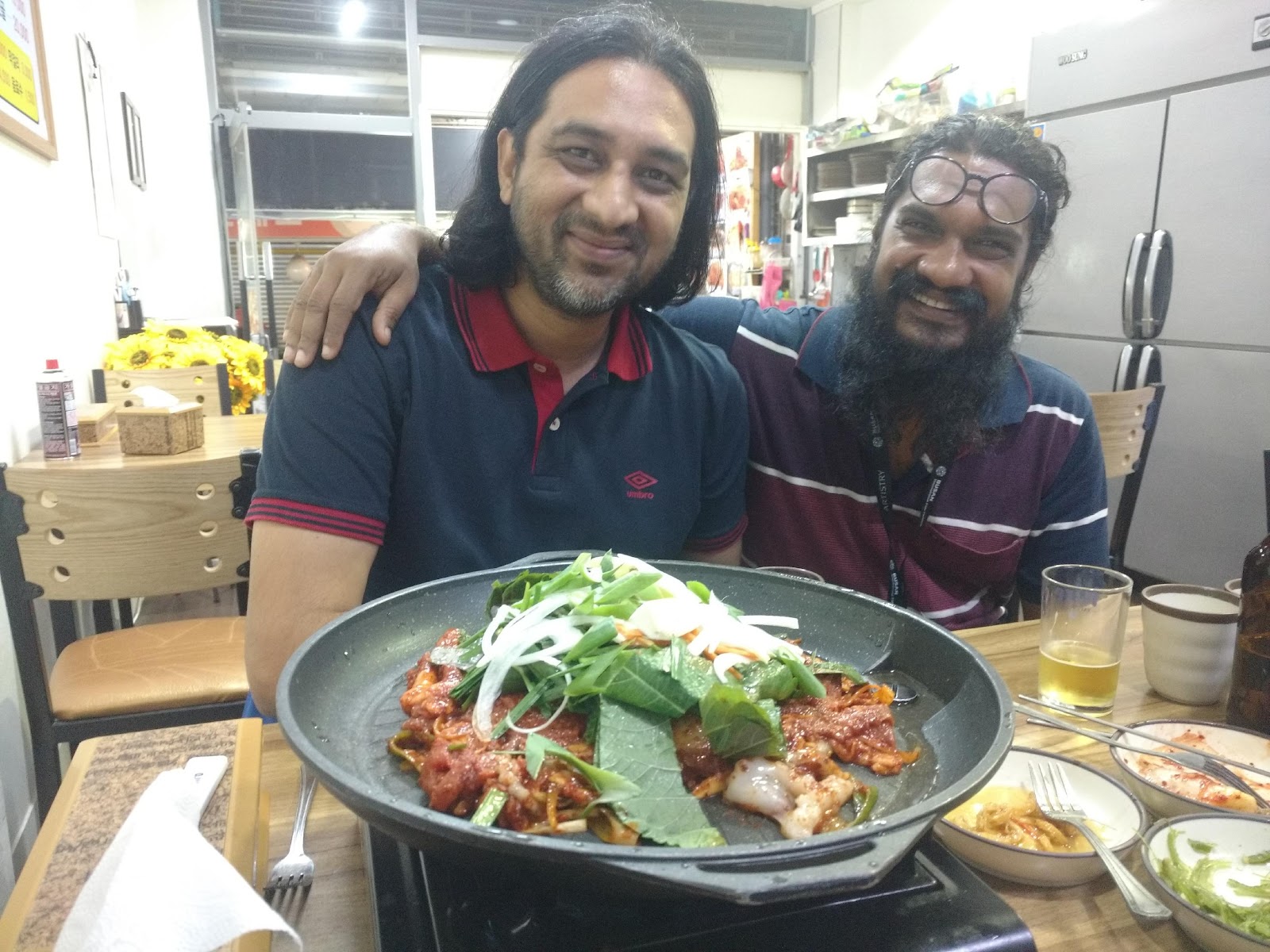 This is my first trip to Busan where I was looking for funding to make my fourth film.

Looking back, it is at Rotterdam International Festival in February this year that I became from a promising but rarefied filmmaker, better avoided — to a sought-after, exciting, even bankable filmmaker that sales agents vied for. I made that impossible leap at the speed of lightning after a long, despairing number of years. In Rotterdam, my film ‘Sexy Durga’ was highly commended and won the top coveted prize – the Hivos Tiger Award. That high honour sent me jetting all over the world. The response at every festival, no matter which country or continent, was electric.

However, it is at the NFDC Film Bazaar that I initially found my moorings as a filmmaker. My first two films, ‘Oraalppokkam’ (Six Feet High, 2014) and ‘Ozhivudivasathe Kali’ (An Off Day Game, 2015) were screened in their Viewing Room. The latter film was even commended as Film Bazaar Recommends.

It was at Film Bazaar again last year in the same Film Bazaar Recommends section, ‘Sexy Durga’ created an unexpected buzz and even won an award. Rada Sesic, advisor to Rotterdam, who already knew me from my second film ‘An Off-Day Game’, heard about it there. She has always liked my films and promoted them. She asked for a link, showed it to Rotterdam programmer Bianca Taal, who invited it straightaway. And my film career soared after Rada’s key call and Bianca’s thumbs up.

My fourth film, which I am all set to make, ‘Unmadiyude Maranam’ (Death of Insane) was selected for Busan’s Asian Project Market, which provides consultation, guidance and marketing leads for filmmakers who seek international funding. Here BIFF has a rigid and set procedure for applicants, which starts with a completed script. And I never work with a script. I just have a brief set of ideas that contain what I want to say. I shoot as and when something connects with those ideas. The only person I consult is my producer, Delhi-based Shaji Mathew.

Busan then agreed to a brief treatment and also two scenes that I had already shot for my film (I always shoot as and when it seems right for me – and it is not sequential). With that I got selected and I am here with my producer in Busan, for their rapid-fire, loaded, minute to minute three day Market sessions.

My films tend to be different one to the other. But my new film is even more so. ‘Unmadiyude Maranam’ is on a 30-year-old man who unwittingly triggers fear and unease in his city because his disturbing dreams begin to be shared by others. It is more expensive and complicated to shoot. It has real footage in terms of documentary and material from television and the internet. There is music and computer graphics and post-production that needs advanced technology best provided abroad.

So, I am also looking for co-producers. Busan organises innumerable one to one meetings to help filmmakers who seek funding. Since I am now known to them the meetings are endless and the connections made are immense. The festival arranges everything here for us. I have to see how these leads will develop post the festival. It may take years or fall in place soon. We have to see.

I first came to Busan in 2015 with my debut film in Assamese, ‘Kothanodi’ (The River of Fables). The festival presented its world premiere in its ‘Window on Asian Cinema’ section, open to first and second films of a director. This is an honour accorded to all films that had earlier received Busan’s Asian Cinema Fund’s Post Production Grant to complete the film, as my first film had done.

I am now here in Busan with my second feature, ‘Aamis’, an official selection of this year’s Asian Project Market, which incubates new Asian film projects.

The Asian Cinema Fund offers a post-production grant that includes final colouring, grading and sound mixing. To apply for this grant the filmmaker has to send the rough cut of the shoot, which when approved sanctions the grant. Pushpendra Singh, whose film ‘Ashwatthama’ premiered at Busan this year, got this grant last year. ?

My producer Shyam Bora and I are attending Busan’s Asian Project Market to pitch to all those who are interested in funding and investing in new films being presented there.

We are looking for gap financing – a fairly small amount of 75,000 US dollars. Over our three-day Market sessions we found that many already were ready and wanting to meet us, from festival programmers to distributors, co-producers, investors and sales agents. There were hectic back-to-back meetings as we pretty much met everyone who was there. These one-to-one leads and guidance was really useful for us.

One of the main learning assets came as a real surprise to us. We thought that making a low-budget film would be an asset. We found that this is not the case. A film that is low-budget is pre-conceived as being a risk in overall international co-production reckoning. They do not understand that in a small region such as Assam even our low-costs permits us to make a film of world-class standards. ‘Kothanodi’ is an example. ?

We also learned that funders look for films at the initial stage, before filming starts. Our shoot is over. So we realized that it is hard now to find a co-producer. Even so we met many interesting producers and we may end up going with one of them.

In Assam, it is really difficult to make a film. There is no box-office for films other than the heavily commercial star-studded Hindi films. Since we cannot compete with Bollywood in excess, our model should be to make films in Assam but aim at international sales. Besides using local Assamese crew for the groundwork relating to the shoot, I intend use talent from abroad for more technical fields such as camera, music, editing, etc, so that the film achieves international standards in its feel and look.

My new film ‘Aamis’, in Assamese, is completely different from my first film. It has an urban setting. It extols love as the central pillar that supports the idea of being human. The film presents the experience of a young couple whose pure love is put through the test of degenerating, self-destructing demands that finally leads to a crime.

With all the learning experience and contacts and leads we have gained in Busan, we are now headed for NFDC’s Film Bazaar, where ‘Aamis’ has also been selected as an official project of the Co-Production Market. There too we hope to use the lessons we have learned at Busan and elsewhere and pitch the film correctly.

As told to Uma da Cunha