Matters Of The Fifth State: In Conversation With Nobel Laureate And Theoretical Physicist Frank Wilczek

Frank Wilczek is a mathematician and theoretical physicist at MIT.

In 2012 he was teaching a course on symmetry arguments and group theory in physics and wanted to refresh its contents by extending the classification of crystals.

That’s when close friend and collaborator Al Shapere suggested he add dynamics to the subject. This involved expanding horizons of broken symmetries, an overarching theme in quantum physics.

That summer, walking over 250 miles coast to coast across England with his family, allowed him “to think in unusual ways”. This set the tone for his seminal work, on what was christened, simply, Time Crystal, by wife Betsy. (Or we would have had something as much of a mouthful as spontaneous breaking of time translation symmetry, whew!) 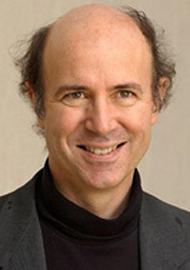 Here are excerpts from a personal interview with him on Matters Of The Fifth State:

1/ What drove/ inspired you towards the discovery of time crystals?

Could you please state what exactly they are?

The immediate occasion for my interest in time crystals came from a course I was teaching. It was a course on the use of symmetry arguments and group theory in physics. The classification of ordinary crystals and the effect of crystal fields on the behavior of electrons are important topics within that subject.

When I teach a course I like to think everything through afresh and if possible to add something new. That makes it more rewarding and interesting for me. In this case, I thought it would be interesting to extend the classification of crystals — i.e., periodic structures — in space to a classification including time. After all, physicists are very accustomed to thinking of time as another dimension, and to treat it together with space (for example, in relativity theory).

When I mentioned this to my former student, now friend and frequent collaborator Al Shapere, he asked some very good questions. Basically, he asked if it would be possible to go beyond classification, to say something useful about the physical realization and dynamics of (what we now call) time crystals, following the established “mean field” or “Landau-Ginzburg” techniques we use to analyze other kinds of broken symmetries.

The general context for this is that symmetry and its breaking has been a dominant theme of twentieth-century physics, especially quantum physics.

Time crystals are physical systems in which time translation symmetry is spontaneously broken.

But physical systems often display less symmetry than the laws that govern them. In an ordinary crystal, for example, the immediate environment of the points where atoms are located has different properties from the interstices. When we have a system that settles down to equilibrium, or “ground state”, that displays less symmetry than the equations, we say the symmetry is spontaneously broken. For breaking of time translation symmetry, we want to consider systems that don’t settle down to a conventional sort of equilibrium, in which nothing changes, but whose behavior continues to display structure in time, i.e. some kind of activity.

By that loosest definition, a beating heart is a sort of time crystal. But it is not the sort of thing we’d call a time crystal in physics, because:

a. It is not autonomous - it requires care and feeding

b. It is not very accurate

c. It is not a closed system

d. It is very complicated - each heart is unique and heterogeneous

A physical time crystal, in the modern sense, should be autonomous, accurate (technically: it should exhibit long-term phase coherence), and well-characterized.

Physicists have now proposed several closely related but slightly different definitions of time crystals. It’s not clear yet which will emerge as the consensus. [Too narrow a definition could rule out interesting examples, while too broad a definition will include systems that don’t have much in common; then just saying something is a “time crystal” won’t tell you much.].

An important refinement of the original time crystal idea, which underlies the recent examples, is to consider systems which are subject to frictionless “drives” - in practice, magnetic fields - that are periodic in time. The drive already breaks continuous time translation symmetry, but it leaves a discrete version intact. That is, if you translate time by a period, you have the same situation (and the same laws). When the system, in response, settles down to a state that has a longer period, or is not periodic at all, we have broken the residual discrete time translation symmetry, and therefore we still speak of a time crystal.

2/ But what qualifies these time crystals as a new state of matter, after our solid/liquid/gas/plasma phases? Can we assume there are other non equilibrium state substances in existence too?

What most clearly qualifies time crystals as a new phase of matter is two things:

a. They are associated with long-range order in time - that is, knowing something distinctive about the behavior at one time, we will have the same distinctive behavior recurring at predictable later times, even far into the future

There certainly are many distinctive “non-equilibrium” situations, like the development of convection in liquids or the onset of laser behavior, that have analogies with phases and phase transitions. What makes time crystals special, perhaps, is the extent to which they are autonomous, accurate, closed, and well-characterized.

3/ Are there any evidences or traces of them occurring naturally in the universe?

4/When you say "....provide the right environment" to elicit TC behavior, could you be bit more specific?

The most striking experiments rely on applying pulsed fields to the materials. The materials can appear rather ordinary in other circumstances, but exhibit unusual behavior in their response to appropriate magnetic (or other) fields.

5/ WRT "…big new class of possible states of matter", do you mean those in the non- equilibrium states only? Could you please venture to speculate what could possibly exist?

I still believe that systems related to the AC Josephson effect, but crafted to avoid dissipation, deserve to be called time crystals. They are in a stable equilibrium, given a suitable conservation law, and are fully autonomous.

Altogether, we may need to be more careful with distinctions and terminology that we could be sloppy about before, because connections which have been taken for granted no longer appear to be universally valid.

We will have to see if a general classification of time crystals, comparable to the classification of ordinary crystals, is possible. A recent paper by Vedika Khemani, C. W. von Keyserlingk, and S. L. Sondhi looks like a promising step in that direction. And we have to develop convenient experimental protocols for discovering them. This is a dangerous time to be speculating - things will become a lot clearer soon.

6/ With Maryland/ UCSB/Harvard proving you right in their labs, does it now behoove the scientific community to revise classical laws?

This is an emergent behavior. It does not require us to revise fundamental physical laws, but “only" to widen our perception of what they can lead to. It opens our eyes to a big new class of possible states of matter. Now that we know what to look for, and how to look, we may see a lot more.

7/ What now after the theory has been proved? What are the practical applications of time crystals and when can we expect to see tangible effects of their uses?

The study of time crystals is in its infancy. There may be many realizations to be discovered, and more to be engineered. It’s not immediately obvious to me what if any practical applications they’ll eventually have, but since they’re potentially cheap and fairly simple to make, it’s not crazy to think they might have some.

One possibility is that they could serve as global clocks for quantum computers. It’s very useful for computers to have clocks, so that all their operations can by properly synchronized, and quantum computers need especially accurate, quantum clocks - time crystals might help with that.

He worked with Jordan Cotler on history in quantum mechanics.

Presently he is trying to shed some light on cosmic axions, considered components of dark cold matter.

He was awarded the Nobel Prize jointly in 2004 for pioneering the discovery of asymptotic freedom in strong interactions.

(KATYAYANI CHOWDHRY is a freelance writer)