The Dance of the Flamenco

For many visitors to Seville, flamenco is one of its greatest treasures

Flamenco Performance at Museo Del Baile, the Flamenco Dance Museum in Seville is the principal reference of the Andalusian cultural heritage, which makes one understand and feel the union between the culture and the flamenco art; it is considered therefore as the temple of the Andalusian flamenco culture.

The authentic show here gives you a deeper understanding of this art form. The Museo Del Baile has become an impressive place of reference for good flamenco in Seville. Located in the Santa Cruz quarter and just a few steps from the Plaza Alfalfa, the museum offers daily flamenco shows. The central patio of the museum has been specially designed to stage performances for a small number of spectators. Under the direction of Cristina Hoyos, the museum shows of course attract some of the best talent in Seville and Spain.

The Museo Del Baile Flamenco is a portal of entry to the magical world of flamenco where all facets of this art come together: dancing, singing and guitar. The dancers and singers are extremely passionate, but the guitarist carries the music phenomenally. It's a visceral experience, even if you're not into flamenco. 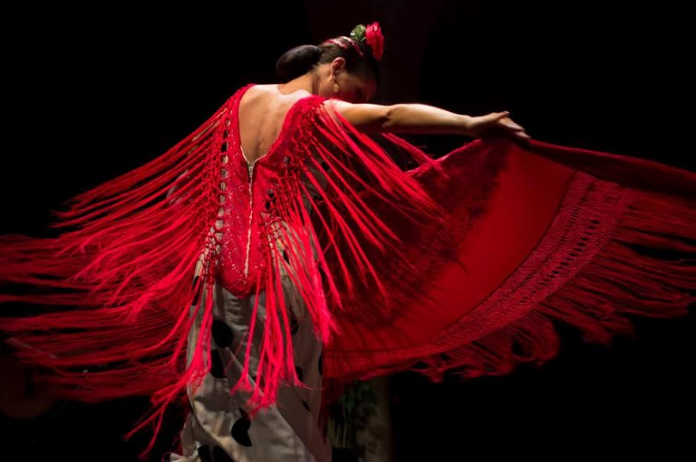 Equally impressive is the Flamenco Museum itself, perhaps one of the most technologically advanced museums in Spain. Interactive exhibits show the origins and evolution of flamenco, covering the various styles of music and dance. Music, video and costume displays are some of the best in any museum. The Museum also offers a wide variety of exhibits and workshops such as flamenco focused exhibits that include paintings, drawings and photography. Dance and percussion classes are a sampling of the possible workshops offered in the museum.

For many visitors to Seville, flamenco is one of its greatest treasures. People flock to the many tablaos (flamenco bars) and flamenco shows to see a little of this Andalucían culture while visiting the city. Without a doubt, flamenco is one of the wonders of Southern Spain. Tucked away in the side streets of Alfalfa street, you will find the beautiful 18th century “Casa de Palacio” (Palace House) that is home to the “Museo del Baile Flamenco” (Museum of Flamenco Dance). The museum opened its doors to the public in April 2006 and was masterminded by the renowned flamenco dancer, Cristina Hoyos, who was born, and grew up in the very same streets where the museum now stands.

Cristina is one of the most important and respected dancers of late and she has worked with many of the legends of flamenco dance, many of who are honoured in her museum. Different areas of the museum are dedicated to Cristina’s teachers and associates who include Antonio Gades, Enrique el Coto and Pilar Lopez. 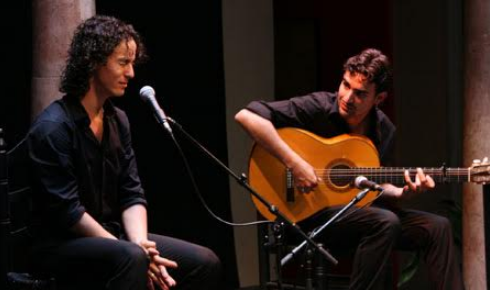 Cristina, who is also the director of the Ballet Flamenco de Andalucía (Andalucian Flamenco Ballet), has said that the museum had been a dream for many years and she was eventually able to turn it into reality when it was finally opened. She has also said that the Museo del Baile Flamenco was her way of giving a little back to an art that has given so much to her.

The ground floor houses the teaching area where dance and guitar classes take place from beginners to the most advanced courses. They also have lessons for flamenco singing as well as rhythm classes, plus lectures on the history of flamenco where you learn about some of the great personalities of this art.

There is also another small patio on this level complete with a small stage where flamenco shows are held in the evenings. This area also houses a permanent exhibition of charcoal drawings by Miguel Alcalá and paintings by the German artist Sophie Mühlenburg, which capture different aspects and emotions of flamenco dance. 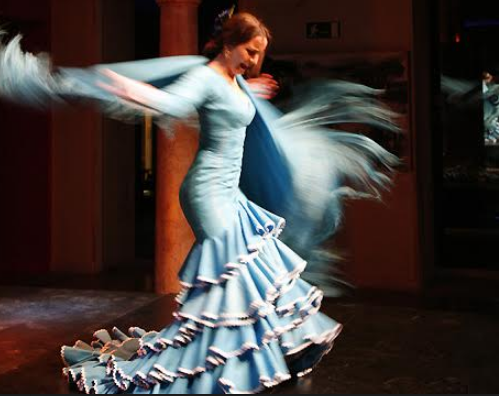 The first floor is where you really begin to understand what the museum is all about; the old style dress room is where costumes and memorabilia from the classic era of flamenco can be viewed, along with some of the treasures from Cristina Hoyos’ screen performances.

In 1978 Cristina appeared alongside Antonio Gades in the Carlos Saura screen adaptation of Bodas de Sangre (Blood Wedding) and many of the film’s costumes and props, including the knife from the famous fight scene, as well as the artists’ dressing table, can be seen here. Hats, shawls, castanets, fans and old posters of flamenco shows are all on display to remind you of flamenco’s rich and elegant past.

This institution is a mixture of old style museum and 21st century technology, as the screen room will prove. In this extremely high-tech area, you are taken on a journey through the evolution of this most Spanish dance, from its earliest days when the gypsies danced for pleasure in the streets and on their patios, through the Café Cantante period, to the present day theatre shows. 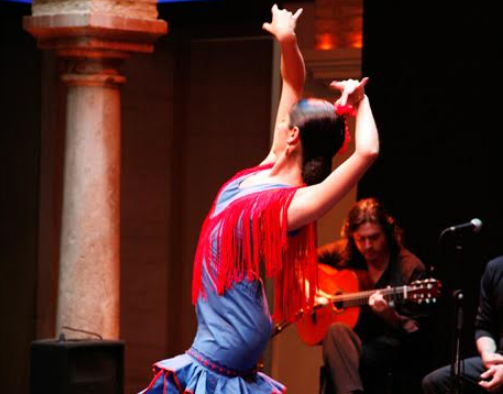 Large screens display how the concept of the dance has changed from the earliest styles right up until modern trends performed by today’s artistes like Antonio el Pipa and El Lebri. Strains of Indian and Arabic music which are mixed with the sound of clicking castanets, stomping feet and the mellow strings of the flamenco guitar come wafting through.

Cristina Hoyos says that she intends to organize special tributes to dancers who have played an important role in the evolution of flamenco dance. She believes that not enough has been done for artistes like Antonio Gades or Pilar López, whose careers have been a milestone in the history of Spanish dance.

Cristina Hoyos started dancing as a child and performing when she was a teenager. She hasn’t stopped since. Apart from her impressive 20-year career as the leading dancer of Antonio Gades’ company, she then created her own one in 1988. She performed all over the world, from New York to Tokyo, becoming an international star.

She has received awards through the years and experts consider her a pillar of flamenco dancing who has made an imprint on it, reaching frontiers and a wide audience no one had before.

The venue here may be small but the tickets sell out quickly. It is best to arrive as early as possible before the show to get a seat with a good view and a drink from the little bar. Fantastic singing, awesome guitar playing and jaw dropping dance. A wonderful experience that leaves you wanting more – it is theatrical and intense. Photographs are a strict ‘no-no’ and there was a special reference made to ‘Chinese, Japanese and Korean’ tourists to not click even a single picture!

Flamenco is in Seville’s blood. Infusing Spanish folklore with sounds from the Levant, North Africa and India, flamenco music was popularised in the late 18th and early 19th Centuries in western Andalucía. One of its hotbeds was Seville’s working class district of Triana, a bastion of Andalucía’s Roma people who sang evocatively about their lives and struggles in solemn but sensuous laments. Simply wander Seville’s streets and let the music lure you in.