Why Savarnas Should Heartily Thank Bollywood Instead of Protesting

When I think of Hindi movies, I remember my incessant visits to the video parlor as an eight-year old, to surreptitiously catch newly released movies for Rs 1. I knew the dialogues by heart and clearly remember not just the plots but also the names of the characters portrayed by Amitabh Bachchan, Rajesh Khanna, Jitendra and all other leading actors of the ‘80s. Sharma, Chaturvedi, Gupta, Verma, Thakur would be the usual protagonists.

Bollywood’s progression from Black & White to Eastman-color and subsequently from Cimeascope to the Ultra high Definition, did not alter its social essence and tilt towards the Savarnas.

So when Bollywood’s two of the most glorified Savarna social groups —i.e. Kshatriyas and Brahmins — are crying foul over their “incorrect portrayal” on the big screen, it warrants a review of how Hindi cinema has handled various social groups over the years.

On November 17, a Rajput Youth announced a bounty of Rs 5 Cr for beheading lead actor Deepika Padukone of the film Padmavati . The opponents of the film went to the extent of threatening Padukone by invoking a ‘Kshatriya Lakshman’ who “when required did not hesitate to cut nose of an unarmed women Shurpanakha“.

On Nov 14, the Brahmin Mahasangh of Maharashtra demanded a ban on the marathi film Dashakriya since it “showed Brahmins in a bad light” and portrayed them commercializing rituals. The courts struck down the demand and the movie was released without any issue. However, protests got the better of Padmavati, with the release postponed indefinitely.

This raises a question — Is Indian cinema really guilty of demeaning the so-called Savarnas?

A critical relook at Bollywood would prove otherwise. Bollywood can be called anything but anti-Savarna. More often than not, our Cinema has been found glorifying Savarna characters, traditions and stories.

It may be due to two reasons - One, most of our Hindi film industry is composed of Savarna Directors and Producers. So it was not unusual for them to use Upper caste names in the characters. And two, they did not want to break the tried and tested formula. Whatever the reasons, the characterization of the lead protagonist has hardly changed. The Savarna character names remained favorites, whether in the love story of Quayamat se Quayamat tak, family drama of Baghban or revenge drama of Sholay or Karma.

Even when the formula failed, Bollywood did not want to alter the real life social status in reel life movies.

Currently, we see sleuths of Hindi films with Brahmin and Kshatriyas protagonists — both on big screen and small screens. We in fact had a movie in 1993, whose actual title was Kshatriya — which was about two warring royal Kshatriya Rajput families in Rajasthan.

Vaibhav Chhaya, a young Mumbai-based young Poet and writer says, “In Hindi films, Professors, Lawyers and Judges are named Sharma, Chaturvedi etc, Army officer are named Ranawat or Prathap Singh and the villains are of a dark complexion and do not carry last names. This is sometimes unconscious and sometimes deliberate. Even small TV screens echo it. For instance, in the popular TV series Tarak mehta ka ulta chasma, all families are Savarnas and the only Muslim family lives outside the society. “

Okay, let’s blame the lack of creativity of Bollywood on the cast names but how about alternative Cinema? Over the years, were the non-commercial movies able to break this stereotyping of Savarna characters? Take for instance, Hrishikesh Mukherjee, a great Director who gave dozens of memorable films. But do you remember any Hrisikesh Mukherjee film which does not have a lead played by a north Indian Savarna surname? Whether it is Ramprasad Sharma of Golmal or Parimal Tripathi of Chupke Chupke or Inder Gupta of Khubsurat, Mukherjee was extremely ‘mainstream’.

In fact, Savarna portrayals are only getting louder.

As Hindi Cinema spread all over the world, one would have expected diversification of at least the main characters. Karan Johar, who is single handedly responsible for taking Indian cinema abroad to the NRI world too followed the same formula, much to the delight of the largely savarna NRI population. So his Rahul was a Khanna and Anjali a Sharma in KKHH. Unless the movie script demanded it, as in My name is Khan, the by default characterization remained Savarna.

While earlier representation of Savarana characters was somewhat subtle, in recent years, the subtleness is replaced by more proud and loud imagery and one-liners.

Take for instance most of the recent films of Akshay Kumar. In Jolly LLB 2 He is a Mishra and in Toilet Ek Prem Katha he is a Sharma. In both movies, Akshay and his family is shown as flaunting his ‘sacred thread’.

Salman Khan goes a step ahead. He had series of Dabang played by ostensible Brahmin Cop Pandey - who is lyrically mentioned in a song too. In Bajarangi Bhaijaan, Salman plays a Chaturvedi, proudly calling himself a Brahmin to proclaim his vegetarianism. In essence, for Bollywood to name the hero upper caste, the story simply does not matter.

In Rajkumar Rao’s latest release Shaadi me Jaroor aana, the protagonist could have been anybody but he is a Mishra. Thus, the Brahmin portrayal is no longer subtle but it has become loud and more prominent.

Where do the Dalits OBC stand in the movies?

The fact that the list will not even go beyond one dozen since the inception of Bollywood, tells something about how pathetically they have been represented. More often, these Dalit male or female characters look ambition-less and miserable rather than assertive. Check out Nutan in Sujata or Padmini Kolhapure in Sautan, you could only pity on them. Kachra of Lagaan on the other hand, has no clue what he posseses, and is a sad, without-hope Dalit character in the movie.

Many critics concluded after watching Rajkumar Rao’s latest critically acclaimed movie Newton that the protagonist was a Dalit. The movie does not make it explicitly clear and leaves it to the imagination of the audience. Unlike Jolly LLB 2 and Bajirao’s sacred thread, Newton has nothing to loudly proclaim his caste — he wouldn’t proudly say Jai Bhim to prove it. One has to look for clues and conclude what is at best a presumption.

Social media critic Amba Azzad wrote on Twitter - “In Bollywood the savarna appropriates the storytelling about Dalits and without Dalit stakeholders. The Savarna Storyteller in Masaan movie will show a Dalit Deepak studying hard, giving exam but will not show him filling a form for SC/ST reservation on the Indian Railways (largest organization with reservation)”.

She was referring to the innate anti-quota bias in the society that should have been quelled beautifully as a poor Dalit gets a Railway job. She concludes “ The lack of Dalit Cinematic Storytelling is, of course, so much worse than (Savarna) female storytelling, thanks to structural castiesm. We have no Dalit actors, directors or cinematographers in Bollywood.

The OBCs like Yadav are so horribly portrayed, you can almost always be certain of a Yadav character being an illiterate goon, a corrupt Neta or a police officer. Same goes with depiction of Muslims. 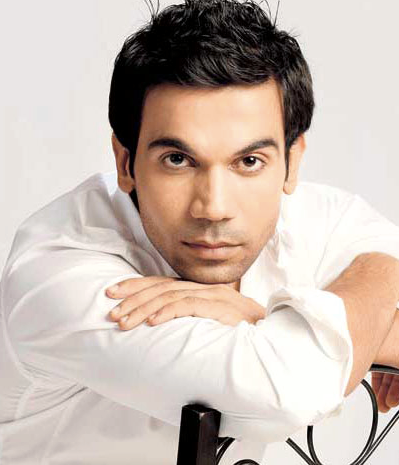 In Prakash Jha’s Gangajal All three Yadav characters are portrayed in a negative light. In fact, the Yadav name is so much maligned in Bollywood, you’d never see a Yadav mainstream hero. Imagine now why talented actor Rajkumar Yadav had to change his last name to a ‘cooler’ Rajkummar Rao as he moved from playing character roles to playing lead roles.

Where are the mass characters in the mass movies?

If you cotton on to the fact that that OBC and Dalit population is more than four times as much that of Savarnas, you fail to understand why both class and mass films do not want to make an effort to make OBCs and Dalits connected — both in terms of lead roles and their character names.

It was easy for Bollywood to make a movie Mahasati Savitri (1973) about a fictional character Savitri who brings her husband back from death, but not a real-life Savitribai Phule who pioneered womens education in India and opened the first girls’ school amidsts staunch oppostion. Wouldn’t the story be far more powerful than a well-made Dangal?

If an Oscar nomination list is not diverse, the Academy Award committee is called out for racism. Here in Bollywood, we are still talking about the names of characters not even actors. Surely, we are decades behind Hollywood.

As Bhansali’s overt fascination of Savarna figures (Ram-Lila, Bajirao Mastani and Padmavati) continues, the Savaranas should be indeed thankful to Bollywood Industry for re-emphasizing the regressive Caste-Based social status and elevating their stature.

One could argue that these are just fictional characters and dismiss it. But mind you, movies impact our thinking and action in more ways than one —as proved time and again. It’s precisely why statutory warnings are displayed each time somebody smokes or drinks.

It may be remembered that Marathi film Sairat (2016) led fans to create a network to support all inter-caste couples who found themselves grappling with a society that shuns them completely. On the other hand, tragic end in Ek Duje ke Liye (1981) led many couples to attempt suicide.

The Savarna names that I use to hear on the 18” Videocon TV is now loudly heard in Dolby Digital surround sound 4K UHD with more vivid imagery. This might be making deep impact on society.

If Savarnas ever saw dozens of movies and serials showing smart Dalit characters who can also ride horses, may be they would have thought 10 times before routinely thrashing Dalits riding the horse in the villages in the ghurchari ceremony. Until then, most will believe that Dalits do not ride horses.

Will Padmavati have any impact to Bollywood’s future depictions? Likely not. The controversy may very well eventually die down and Rajputs come out of the theatres victorious seeing their ‘valor and pride’ not just restored but elevated.

As Kuffir Nalgundwar, a bahujan activist succinctly quipped on Twitter “In the end they will give Padukone a national award and the Karni Sena chief a Ministership”