It has been 700 years since the devout, cutting across faith and caste, have been flocking to the Nizamuddin Basti in Delhi. Some come in spiritual quest, others seeking respite from their misfortune, yet others come for relief from physical ailments and the rest for just blessings from the Sufi saint.

It is crowded, cramped and noisy and yet strangely pious and uplifting. With bi-weekly evening sessions of Sufi qawwali thrown in, the atmosphere is of a a constant celebration since seven centuries of Hindustan’s syncretic culture and diversity.

The rang, celebrated in this qawwali composed by the 13th century poet Amir Khusro for his master Sufi Saint Nizamuddin Auliya, was all over the colony of Nizamuddin Basti in recent days. The all prevalent festive look was to celebrate the completion of 700 years of the existence of Nizamuddin Basti. 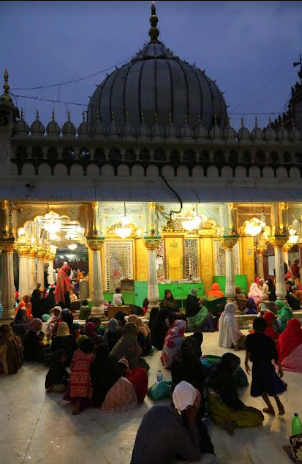 Going by what the country has seen in the last few years, it is imperative we revisit and reinterpret the message that Sufi Saint Nizamuddin Auliya, gave 700 years ago. He belonged to the prominent Chishti Sufi order of the Indian Subcontinent. Once observing the religious activities of the devout on the banks of Delhi’s Yamuna he had said,

In June 2016, Amjad Farid Sabri, a famous Pakistani Sufi singer, who was the torch bearer of the Indian Subcontinent’s Sufi tradition and who sang in praise of Nizamuddin Auliya, was gunned down in Karachi. It was an act committed by the fundamentalist elements in Pakistan.

Today, the culture that Sabri represented is under threat in the Subcontinent. The time has never been more fitting to celebrate that culture with an aim to preserve it. 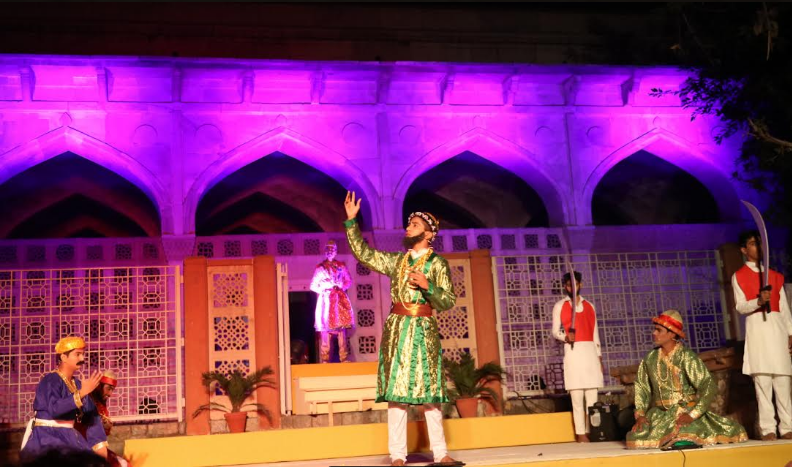 Dr Sadiq a writer who has done extensive work on Amir Khusro and his times said, “Nizamuddin Auliya’s message is of universal brotherhood, of goodness and truth, service to the down trodden and equality beyond caste, creed and religion. This message is most relevant in the times we are living in.”

Seven centuries ago during the reign of Sultan Iltutmish, Ghiyaspur was a small settlement on the outskirts of the city. The place, located on the banks of river Yamuna, got its name from a palace (Lal Mahal), that the later Delhi Sultan Ghiyas-Ud-Din Balban, built for himself. That was the time when five-year old Nizamuddin came here to settle with his mother Bibi Zulekha from the town of Badayun.

Delhi, during those times, was centred around present day Mehrauli area. Soon the Saint’s fame brought people from all over to settle in the Basti. It became known as Hazrat Nizamuddin Basti after the saint passed away and his mazaar came up here. As a result, over the years, many eminent people including emperors, nobles and poets were buried in and around the Basti.

Mughal Emperor Muhammad Shah Rangila and Jahanara, the daughter of Mughal Emperor Shahjahan, are both buried within the Nizamuddin Dargah complex. The complex also has the resting places of three legendary poets in Indian history, Amir Khusro, Rahim Khan-i-Khanan and Mirza Ghalib.

Rahim, just like Amir Khusro, embodied the syncretic and composite culture of the Indian Subcontinent. In the recent fair, the children of Nizamuddin Basti enacted a play on the life of Abdur Rahim Khan-i- Khanan, who was not only a great poet but the highest ranked noble and general in emperor Akbar’s court.

Rahim wrote several dohe on Lord Krishna, and is considered an important figure in the development of India’s composite culture.

All this has made Nizamuddin Basti one of the richest human settlements in the world in terms of heritage, culture and living history.

The celebration of 700 years of the Basti was marked by a fair called Apni Basti Mela, which was the fifth edition of the fair organised in the colony to celebrate the history of the Basti. It saw heritage walks, food workshops, a play by local children, qawwali evenings and a performance in Hindustani classical by prominent vocalist Ustad Rashid Khan.

2017 also marks the culmination of the 10-year-project of Aga Khan Trust for Culture (AKTC) called Nizamuddin Urban Renewal Initiative. Under the initiative a number of monuments in the area, including the Humayun’s Tomb, were restored and preserved. Humayun’s Tomb was successfully restored in 2013.

In the last ten years under AKTC, in collaboration with some government agencies, a total of 40 monuments in the area have not only gone through careful conservation and restoration but also some thoughtful reconstruction of missing elements using original material and designs.

A prime example is Sunderwala Burj in Sunder Nursery, which was lying neglected for centuries but today looks close to what it was when originally built. The tomb of Khan-i-Khanan, Atgha Khan Tomb, Tomb of Ghalib, Khilji Era Jamaat Khan Masjid and Nizamuddin Baoli are some of the other monuments which have been brought close to their former glory.

The project also worked with the local community of the Basti with an aim to involve them in the conservation of their heritage.

It is said that Hazrat Nizamuddin abhorred any association with the rulers. As the story goes, Sultan Ghiyasuddin Tughlaq was constructing his capital of Tughlaqabad, at the same time when a baoli (step well) was being constructed at the Nizamuddin Basti. The workers of Tughlaqabad used to work at the Baoli during night hours. Miffed at having to share labourers with the Baoli construction, the Sultan ordered to stop the supply of oil to the Basti, which was needed to light lamps to do night time construction work. Nizamuddin Auliya then made the lamps burn using water. And the work on the Baoli went on uninterrupted. Following this episode Nizamuddin Auliya also became popular by the name Chiragh-e-Dilli.

We all should ensure, that now 700 years on, that chiragh remains lighted in Delhi, indeed all of India.