Rituparno Ghosh remains one of the most outstanding filmmakers Indian cinema has produced in recent times. Sangeeta Datta’s documentary on this director Bird of Dusk (Sandhyar Pakhi) takes us into a flashback into this unique journey of this brilliant filmmaker. This film is currently doing the rounds of film festivals with a wonderful opening

Who is Sangeeta Dutta? She is a low-profile, multi-talented woman, based mostly in London, the likes of who do not really fit into the chintzy and synthetic glamour of cinema. Yet, she has brought across a wide range of work in cinema. She is a film society activist, a teacher of film studies, an author, a trained musician and filmmaker. She has authored an enlightening text Shyam Benegal, and was associate director of Chokher Bali.

She knew the director very closely and is therefore, perfect to place one of her favourite filmmakers on celluloid. Some years back, she had made a good documentary on Indian women directors called The Way I See It. For her first feature film, Life Goes On, she created a casting coup by casting Sharmila Tagore and Soha Ali Khan as mother and daughter on screen.

Bird Of Dusk charts the journey of Rituparno mainly as a filmmaker though there are some very interesting images drawn from the family album showing him in Black & White pictures as a chubby little boy. His filmmaker persona is the focus of the film that vacillates into different areas of his life, relationships and somewhat tenuously touches upon his alternative sexual orientation that was perhaps one of the boldest steps for the director to have taken when he came out of the closet, his fame and popularity notwithstanding. 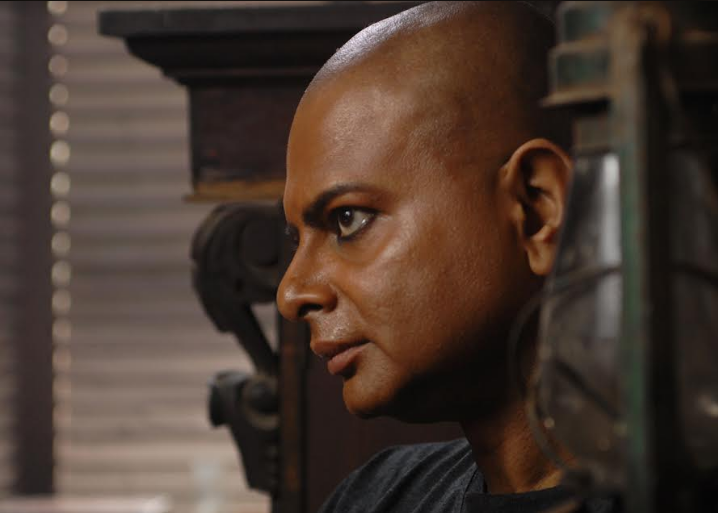 The film is framed with the persona of a young theatre actor Ranjan Ghosh who has portrayed the character of Rituparno Ghosh in a play and in this film, functions as kind of silent anchor and/or projection of the director who passed away in his prime leaving behind a volume of work and much more left undone. This part is the only element that jars into the narrative that otherwise smoothly shifts from Rituparna’s excellent gift of writing expressed and archived when he edited the week-end supplement of the Bengali daily Pratidin called Robbar which means Sunday to scenes from his movie-making touching on his gradual coming out in the open about his sexual orientation. The moving editorials titled First Person have been now been archived in a two-volume book that is selling like hot cakes.

Sangeeta has interviewed people who have known him closely or have worked with him for a long time. Among them are – Soumitra Chatterjee, Sharmila Tagore, Aparna Sen, Prosenjeet Chatterjee, Arjun Rampal, Nandita Das, Konkona Sen and Mir. “I had this desire to pay a celluloid homage to him. I had already jointly edited a book on his works and him in Rituparno Ghosh: Cinema, Gender and Art along with Koustav Bakshi and Rohit Dasgupta published by Routledge which gave me a deeper insight into his art and cinema. His weekly column First Person in the Bengali paper formed the spine of the documentary.”

One wishes she could have drawn some more comments from others actors he had worked with. He had the rare capacity of drawing out the best from his actors. Rituparna Sengupta, Indrani Haldar, Shefali Shah, Arjun Rampal, Kiron Kher, Ananya Chatterjee and Sudipta Chakraborty had won National Awards with their performances under his directorial wand. He extracted the best performances from Raima Sen and Ria Sen in several films. One misses some more interviews with people who were very close to him when he was alive.

The film is filled with talking heads of people who worked with him who became his lifelong friends such as his editor Arghyakamal Mitra, One learns about the mindset of this filmmaker through these interviews and also clips of his own interviews at different times. It is a pleasant surprise to find Mir, the noted anchor, humorist, actor and singer talking about the filmmaker because they had once created a controversy through several sensitive issues on a talk show conducted, anchored and presented by Ghosh himself who brought an altogether different flavour to television interviews. 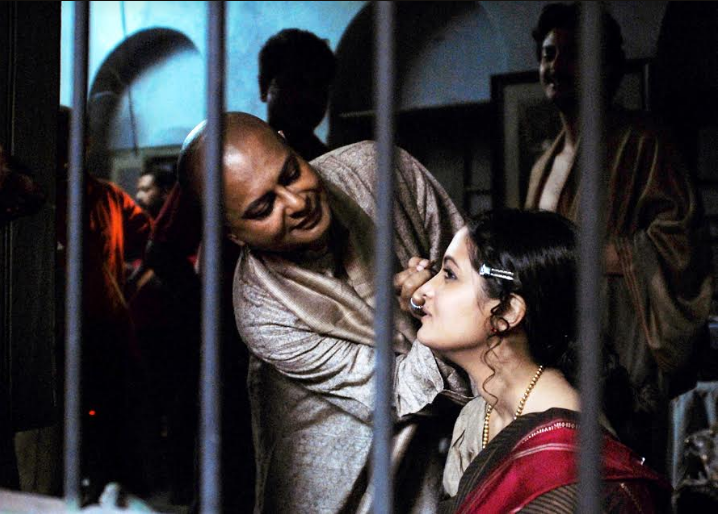 There was a serious argument between the filmmaker and Mir around issues not talked about generally on a public platform. Rituparno has a recorded audio DVD of his solo narration of Rabindranath Tagore’s Streer Patra for Radio Mirchi and this too formed a base for Sangeeta’s film.

She met Rituparno Ghosh when they were both studying at Jadavpur. “Our bonding grew because of our shared interest in art, literature, cinema and primarily, the love of Rabindranath Tagore. He studied Economics but he was always interested in writing and filmmaking. We had lost contact when I shifted to Mumbai and he went into advertising. He brought across some brilliant campaigns for the company he worked for till he shifted focus entirely to films,” says Sangeeta. The film however, is a bit too long and a bit of cutting down on the footage would make the film crisper than it now is.

“We reconnected after many years and I invited him to London because I noticed his growing interest and curiosity about the Indian Diaspora in his filmography. I had discovered that he had a gift for looking into and representing as well as reproducing in his films, his deep sensitivity about the women question through his films. They almost invariably dealt with women’s experiences in a middle-class patriarchal structure of the stereotypical Bengal household. His exceptional sense of storytelling of course, is common knowledge to everyone linked to his work,” says Sangeeta.