The reasons behind the thought experiments that made India Art Fair 2018 unique.

In 2017, when the India Art Fair opened, the NSIC grounds abound with the modernists and few good contemporary works. Your senses were thrown, yet delighted. Three days were too few to consume all the art. The city had opened up with small concurrent openings, parties and events that kept an art advisors calendar full with a retinue of works to note for future sale.

In 2018 something shifted, the senses were still delighted but didn’t feel tired. The art fair had a balance -- a balance of works with the modern complementing the contemporary, the international lacing the domestic. Concurrent events still opened up but had somehow lost a certain chaos. Which was a relief. A visible change was seen in the usual banter about the ‘quality’ of works that were shown at the art fair. This banter has always existed amongst the experts, but this year the randomness was replaced by thought.

This article explores the reason behind the various thought experiments that came together at this fair and evaluates their potency.

It became clear through the various interviews and statements of Jagdip Jagpal, the new India Art Fair Director, that the focus this year was going to be on pushing all galleries to display fresh works. David Zwirner, an international gallery, commissioned fresh works by Yayoi Kusama, which were the highlight of the fair owing to her international fame and their first representation in India. Some of the booths -- which are infamous for overexposing their art to gain more publication references -- where given less real estate so that they are bottled to show excellent pieces that are fresh to the market. 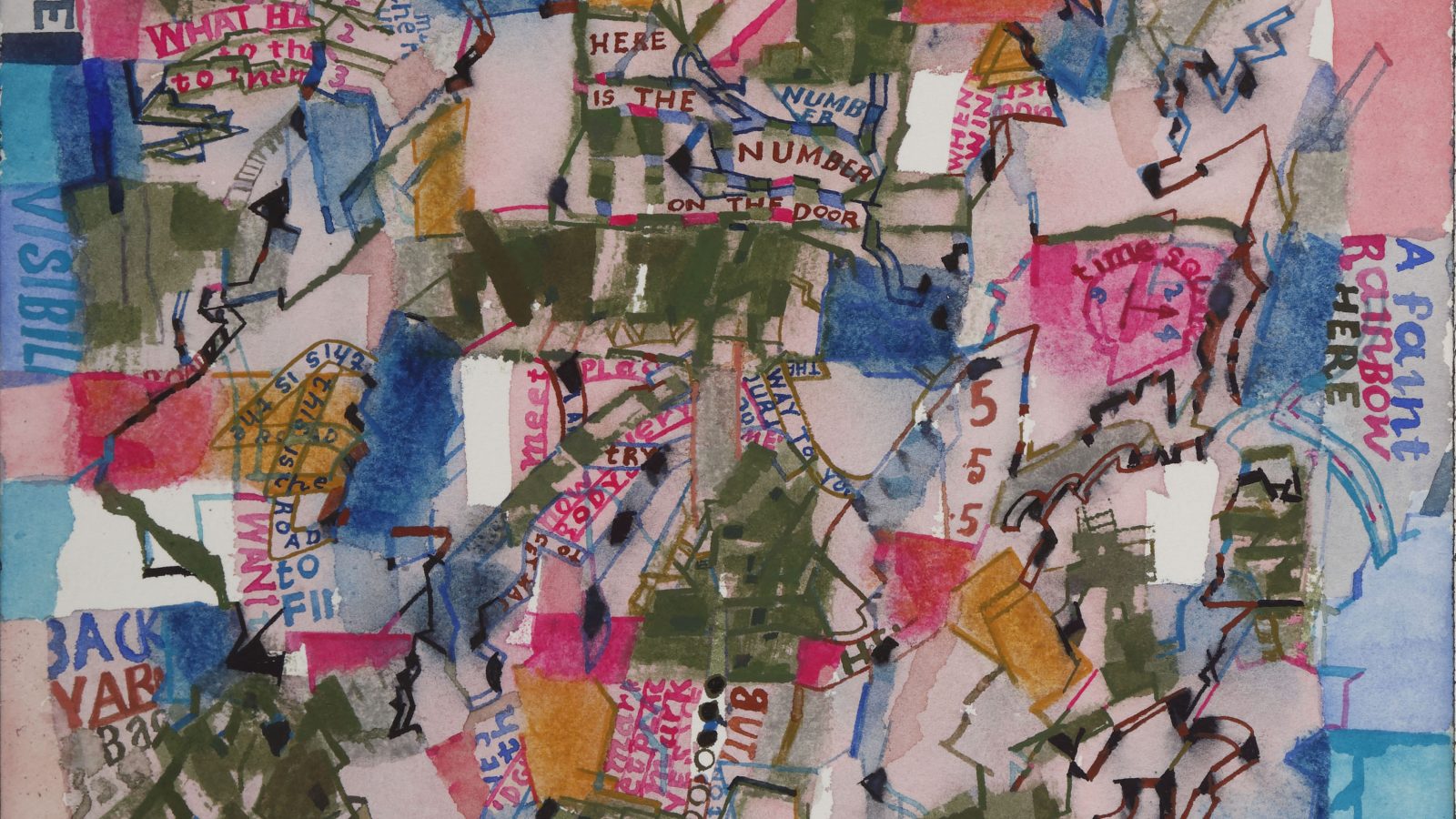 Balance of the Contemporary and the Modern:

Previous editions of India Art Fair tended to display a rich oeuvre of the modernist, that often overshadowed the contemporary and more so the emerging artists. This year saw a delicate balance between the emerging artists, contemporary artists and modern masters. While DAG and Dhoomimal Art Gallery are known for their modern collections other galleries like Vadehra Art Gallery and Chawla Art Gallery were showing fresher works. A certain fatigue had lifted from the fair, and a breath of fresh air came with Chatterjee and Lal, Jhaveri Contemporary and Tarq joining the fair.

The big and pertinent Art Projects pavilion displayed great diversity in medium. It’s a different subject when we say what art tries to communicate, this section of the article talks about how collections also communicate a discourse that mirrors popular thought. The 2018 fair super-imposed itself onto the art landscape of India and successfully displayed a microcosm of variety, style and narrative. However one segment that remains under represented were sculptural antiquities; a market that remains deeply undervalued and underrepresented in South Asia. 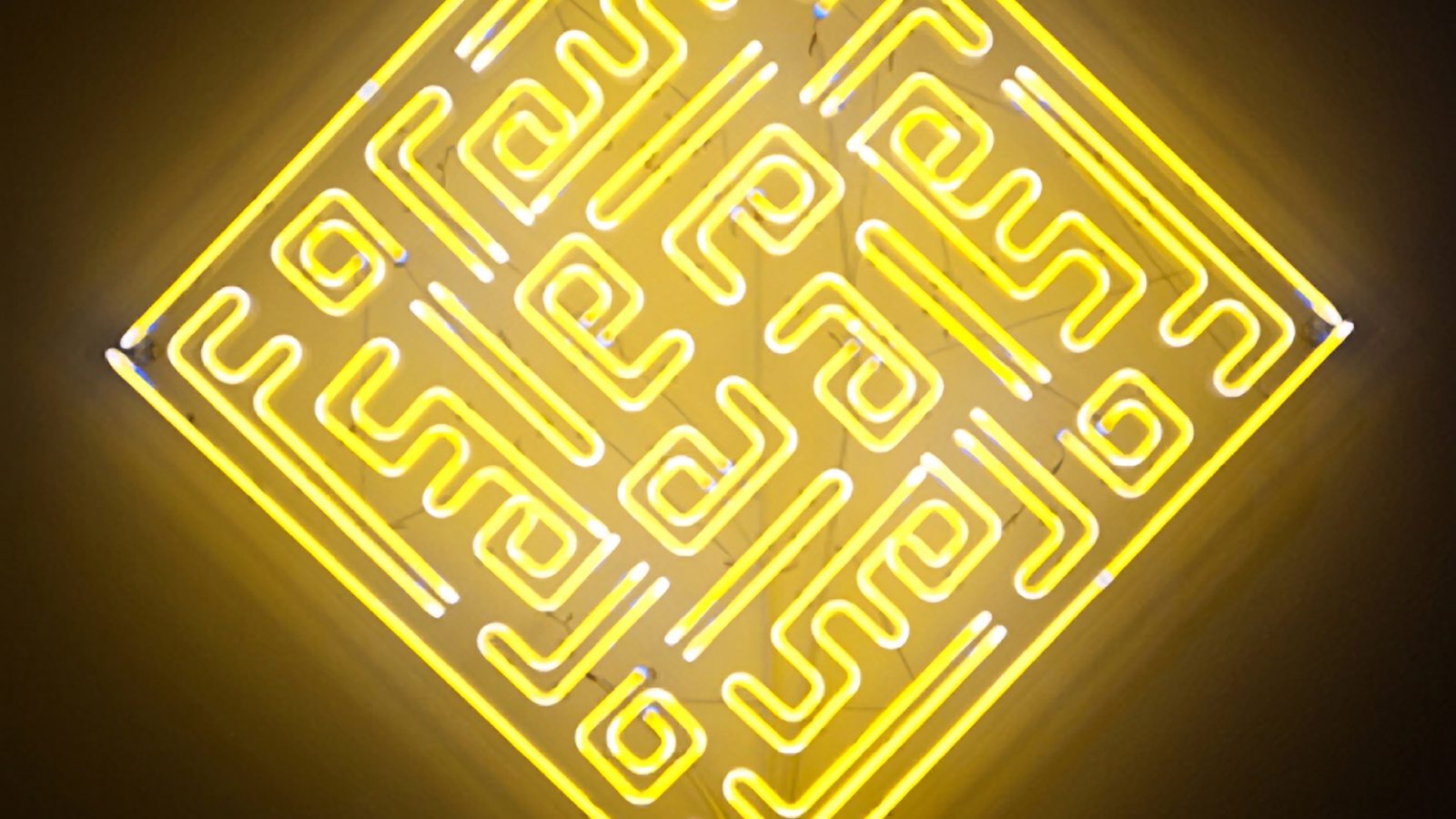 With Britto Arts Trust from Dhaka; Swaraj Art Archive from India and the Nepal Arts Council from Kathmandu the India Art Fair began a process of placing India at the helm of South Asian Markets. However international credibility and sustained funding for the arts in India is a discourse that has a long way to go.

Pipeline for the primary market:

The Director of India Art Fair was vocal from the beginning about her interest in the Primary market. The secondary market is being guided by the rising prices of the modernists. The primary markets lacks auction and sale records that guide future valuation. Their lack of representation at major fair also does not bring emerging and contemporary artists to become major players in the market. Thus one noticed disproportionate valuation for them. It is through the efforts of the India Art Fair that emerging artists and contemporary art is being given their due credit and limelight.

Strangely around the same time, the art report displayed the same quality in its growth. A 13 % rise in sales. Now, one who understands the art market would not be too excited to hear this, which sounds strange. But there is reason to numbers, and the reason is the recent formalisation of the market. With the recent financial reforms in the country, the art market was ushered into becoming a real sector.

Galleries and auction houses were going through audits and their books were being registered. Besides putting pressure on releasing all sales, the international auction houses witnessed a push out by domestic auction houses. This was the first time in years the art market was actually tracked.

This has trickled into a ripple effect on the arts industry where all big fair and biennale are adding the effort of auditing their organisation in an effort to capture the real market share and mind-share these sectors are carving. Funnily enough the auditing agencies like KPMG, Ernst and Young, etc still lack specialised who understands the hybrid mechanics of the arts industry. 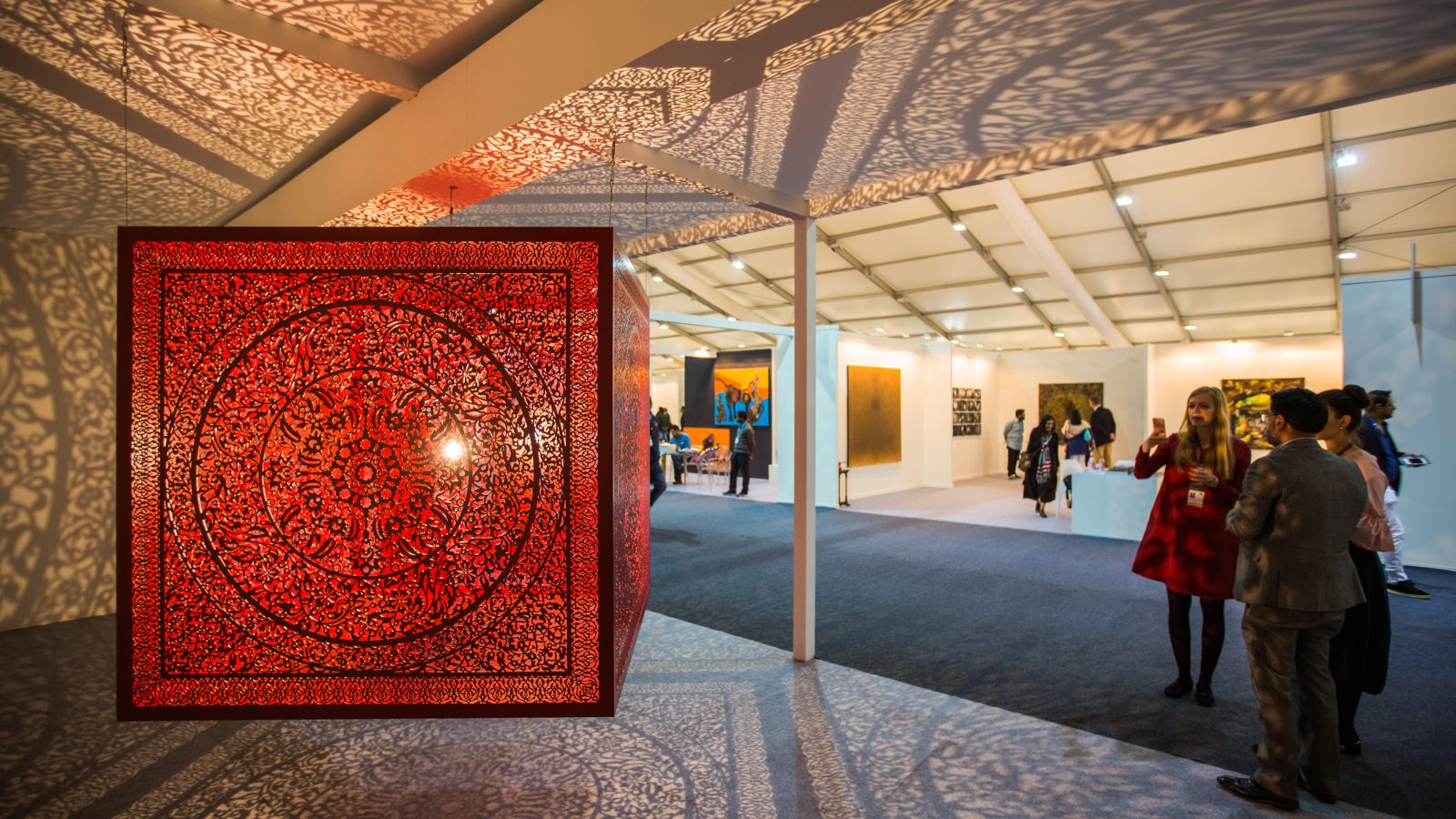 Soft Power and Its Chinese Context:

U.S. sinologist David Shambaugh of George Washington University says that China spends approximately $10 billion a year on soft power which includes the promotion of arts and culture in the country. 1500 new museums were built by 2015. 798 art district has become the third most popular tourist draw in China and several other art villages are growing simultaneously. Additionally the auction market in China is making tremendous impact in the country.

This progress had some hiccups that are key learnings for India which is on the brink of embracing soft power. Firstly, an acute lack of skilled professionals that should run cultural institutions. Secondly, galleries and auction houses struggle with clients who do not pay on time, and sometimes never pay after having bid or bought an artwork. Third, a lack of discourse for the mainstreaming of the creative and cultural industries in the education system. The Indian system offers sparse subjects in the humanities stream that lead to creative and cultural specialists.

Using this learning from China that defined and deified a cultural landscape to become an economic force, a diplomatic a political powerhouse in international politics, the India Art Fair stands at the helm of capturing the potential of the South Asian Landscape and presenting it as a healthy competitor to the South-East and East Asian Art Landscape. 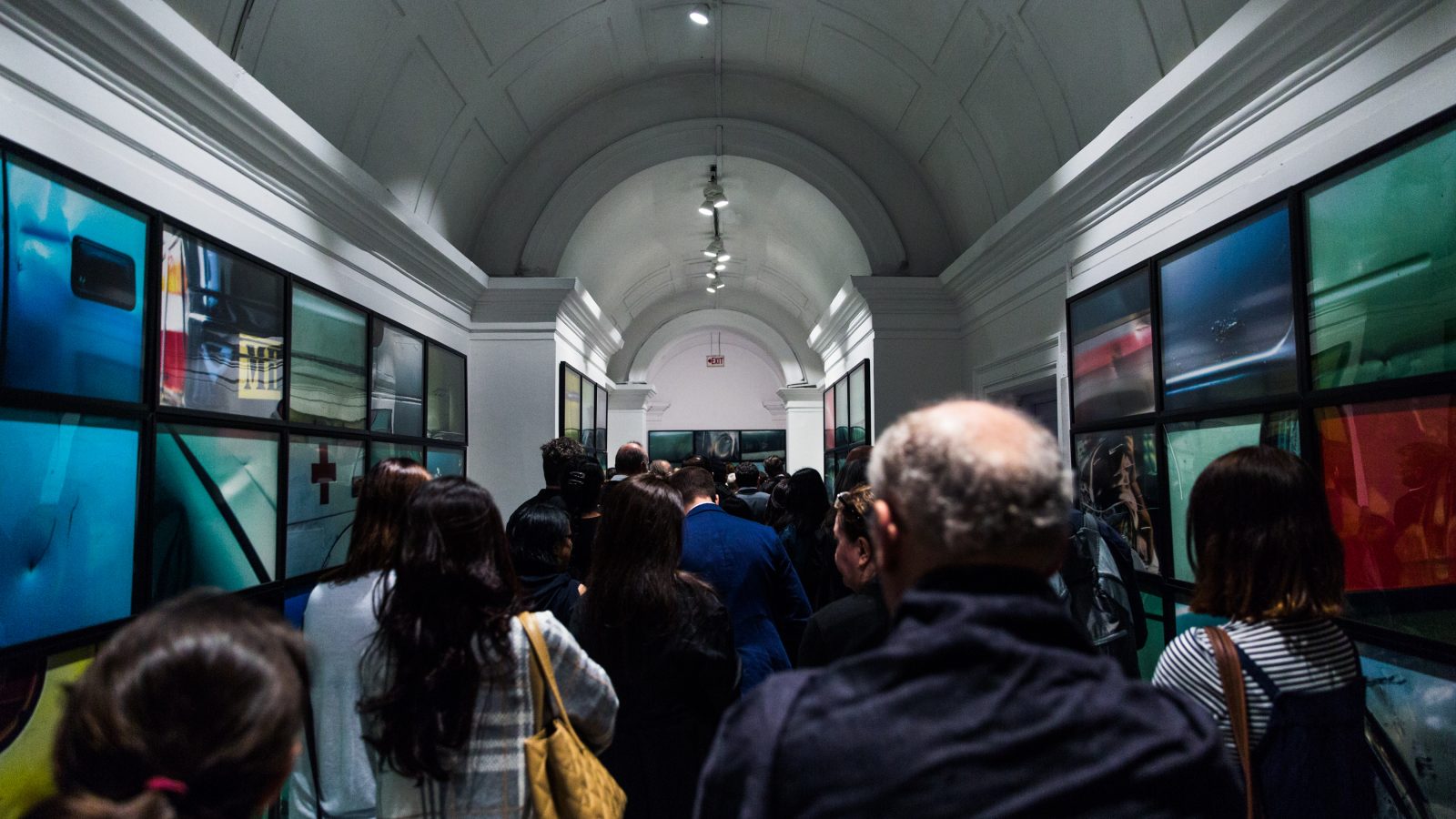 Overall, the positivity that this art fair captured displays a firmer context to artistic flourishing. This can be noticed by the legitimisation of the Creative and Cultural Industries as a sector that has attained significant economic strength in countries like the UK and USA.

These sectors contribute to more jobs and financial growth than some of the traditional industries like agriculture and forestry. With the rising focus on the gig economy the creative and cultural industries have become one of the strongest instruments of soft power.

And soft power and creative and cultural industries is an important jargon to pull into the India Art Fair, as it remains the largest platform for the display of this talent in India.