Rape As Genocide: 'Born Together' On Children Born of Rape in 1971 War

'Who am I? I do not exist because I was never born.'

During the 1971 Bangladesh war for independence, members of the Pakistani military and supporting Islamist militias from Jamaat e Islami raped between two and four hundred thousand Bangladeshi women in a systematic campaign of genocidal rape. Children were born of these deliberate rapes used as part of the war strategy.

What happened to these children? Were they killed soon after they were born? Were they given up to orphanages or did they lead the lives of social outcasts as their birth was never legitimised and never would? Since the Pakistani military force were all Muslim and the raped young women came from both Hindu and Muslim backgrounds, what religion could they be said to belong to? What nationality?

All these questions are raised very pertinently in a film called Born Together which was screened in the International Competition section of the Mumbai International Film Festival of Documentary, Short and Animation Films and has been produced by Ekattor Media Ltd and Liberation War Museum.

Much-awarded Bangladeshi filmmaker Shabnam Ferdousi has made a very unique documentary on three children born in the same nursing home where she was, on January 14, 1972. She walked on different paths of life before settling down in audio-visual media.

The question that constantly worried her was that around a dozen or so kids born of rape on the same day in the same nursing home. “I was born at Holy Family Hospital, and 12 more babies were born in that hospital on that very day. Later, I came to know five of them were war babies. Then an idea stuck me that I could have been one of the war babies. I got obsessed with the idea and began a new journey … a journey in search of my birth-mates.” The journey was far from simple and straightforward. It was riddled with blocks along the way as more than four decades had passed and records, specially of illegitimate births of babies born of rape were hardly taken care of.

She visited some offices and people who were involved in recording the data of births during that time and even visited the nursing home she was born in. She got to know that among the 13 babies delivered that day, around five werechildren of war. 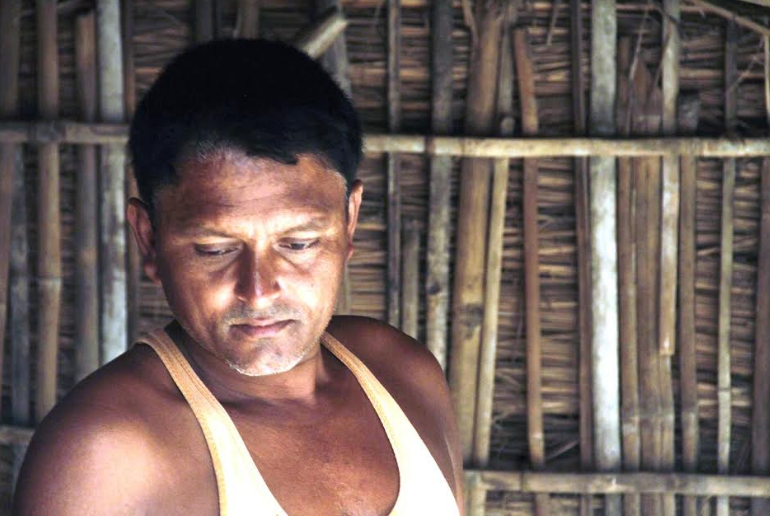 The film maps her journey and her discovery of three of them scattered across different parts of the world, now grown up and bitter. If the present of Shabnam throughout the film seem narcissistic, you begin to understand why she made her presence so strongly felt. Juxtaposed against the three young men and women she encounters along the journey and interacts with on an intimate level, her very sophisticated, elite and modern presence offers a tragic and dramatic contrast to those three which make the film more telling than it would have been if she would have remained away from the screen.

“In my journey, I found two, a man and a woman within Bangladesh. One is Monwara Clarke, reared in the furthest corner of the globe by Canadian parents. She came to Dhaka looking for a birth certificate. The other is Shudhir, ashamed of being a “bastard” child in the community, grew up in a remote corner in the country avoiding public eyes. His mother is a “Birangana”, a woman who was raped by men of the Pakistani army in 1971.” The word “Birangana” translates into “brave female soldier” in English.

Why call a forced victim of rape a ‘soldier” at all”? Did she choose to become one or want to become one? She was forced into this life of ignominy and ostraciszation which also affected her child born of the rape? What is the use of a title that does not take care of the social and financial problems the woman has to face all her life? The title does not mean anything except a living irony of the tragic life she is forced to lead.

Shabnam also managed to trace another “Birangana” mother and her daughter. This brave daughter gave testimony in the War Crimes Tribunal. All three children have born the brunt of the Bangladesh Liberation War though they were not even born then. Shudhir could never go to school because of the family lived as social outcasts in a remote area. He is married and lives with his mother and wife. He manages to eke out a bare existence by driving a van rickshaw while his wife manages the home. “I consider myself a Hindu because my mother is Hindu and I have no clue who my father is or was.” He had a love marriage and that is why he has a family life. His mother, the so-called “Birangana” looks expressionlessly at the world outside not exactly what she is looking out or looking for.

She tells Shabnam, “I was married when the soldiers took me to their tents to rape me for several days and would drop me back home. This happened several times. So, my husband left me with my son and we just managed to exist. Now, all that seems to have happened in the distant past. The so-called ‘compensation’ is something I am not aware of and life goes on….” Son Sudhir is a handsome young man, in both body and looks. But he is very shy and an introvert who refused to open up easily. When probed a bit, he admits that his life has been a cursed one. He had to leave school for two reasons, his mother could not afford the fees and the children in school ragged him with his illegitimate status.

The other young woman she met could meet her only in the farms and fields because she had no permanent shelter to live in. She was married once but her husband left her when he came to know the truth of her birth. Her other legally produced brothers do not wish to have anything to do with her and her mother is in no position to offer her even hope. But she is used to this wandering existence, the poverty, the social ignominy and the anonymity of her life. She smiles shyly and confesses that all this humiliation does not shake her anymore because she is quite used to it. “I used to feel very pained in the beginning but then, I knew this was a part of my life,” she says. Shabnam offers to take her into her family but she refuses, knowing that it might at best, be only a temporary solution because the baggage of illegitimacy added to lack of a proper family will travel with her wherever she goes. 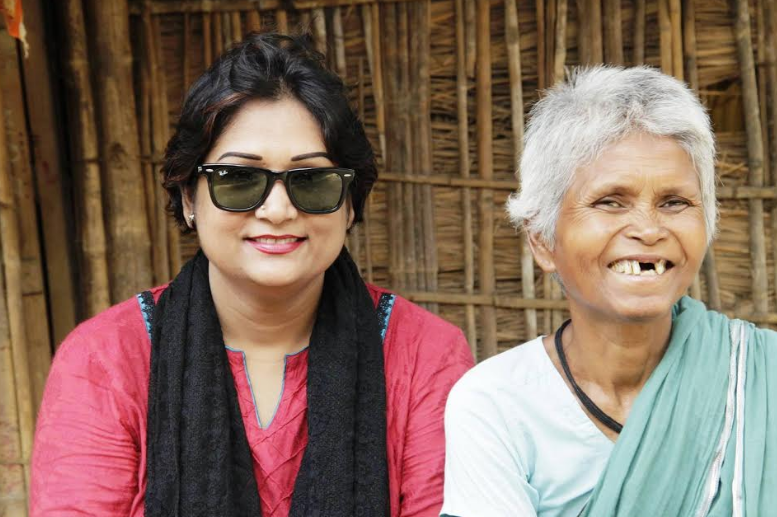 Monwara Clarke offers another tragic story. She is a child born of rape who fell within the then-Independent Bangladesh’s programme of giving some hundreds of children up for adoption to other countries and she happens to one among them taken in for adoption by a Canadian couple. She does not know a word of Bengali and converses only in English. Shabnam happened to meet her in Dhaka when she had come down to get her birth certificate.

“Who am I? I do not exist because I was never born,” she says her anger so palpable that you can almost reach out and touch it. She laments that her own country denied her not only legitimacy but also her birth, her nationhood and her language and culture. “My husband left me when he knew who I really was. Am I responsible for being born? Is my country not liable to look after me when everything happened there? I do not even have a birth certificate and have to come down here to fetch it,” she says.

It is a touching film and you get so sucked into the narrative and these tragic stories that you hardly notice the aesthetics of the film. The cinematographic space moves along with the director from one place to another, from Shudhir’s ramshackle hut to the fields to meet the other woman again and again and again and then dash into Monwara when she comes to Dhaka. The film did not win any prize but the film will surely win the hearts of those who watched it from beginning to end.

It would be in the fitness of things to sum up with what Lisa Sharlach writes about rape in "Rape as Genocide: Bangladesh, the Former Yugoslavia, and Rwanda". New Political Science. 1 (22): 89. “It is also rape unto death, rape as massacre, rape to kill and to make the victims wish they were dead. It is rape as an instrument of forced exile, rape to make you leave your home and never want to go back. It is rape to be seen and heard and watched and told to others: rape as spectacle. It is rape to drive a wedge through a community, to shatter a society, to destroy a people. It is rape as genocide.”