Gowda's Meteoric Rise: From a Karnataka Village to Netherland's Rotterdam

Ere Gowda embodies a phenomenal, energetic, all consuming zest to learn and live. This comes across immediately as we meet at the Bengaluru International Film Festival over a late morning coffee. He is tall (6’3”), wiry, tough of build softened by a disarming smile and a torrential output of words.

Gowda grew up in a farming family in the village of Nodekopallu, in Karnataka. His village is there for you to see in ‘Thithi’, the celebrated, award-winning film directed by his friend, Raam Reddy, co-scripted by them. Gowda was also the casting director (most characters are played by his immediate relatives) and the line-producer for the film.

When Gowda was 16, his mother fell seriously ill and her care fell on his young shoulders. He quit school, got on to the first truck to nearby Mysore city and a friend found him a job with a security company. His side jobs included washing cars, gardening, taking care of dogs, cleaning water tanks and loading/unloading lorries. He recalls those searing years and the demeaning treatment he had to accede to because he was needy. Unable to manage, he asked for a raise. Instead, he was told to move to Bangalore to work with the Universal Group on a better salary. He was 19 years old.

Bangalore proved to be a turning point. “Thinking that film heroes were heroes in real life, I wanted to meet them to get their help”, says Gowda. “I went to a film shoot and saw that film stars were like other people. But then I saw the director at work. I could understand what he was doing and why. I knew then that I wanted to be a film director!” From then on, Gowda never stopped thinking about cinema.

At his place of work, he met the owner’s son Raam Reddy, then 11 years old. They bonded well, even with Raam speaking in English and Gowda in Kannada, playing basketball, cricket and table tennis for almost three years. Then Gowda was told that his mother was terminally ill. He decided to head back to his village but Raam intervened, not wanting him to leave. His mother, Anita Reddy, offered Gowda a job as an office boy in her NGO, paying him enough to rent a small room and his mother came to stay with him. She passed away soon after. Gowda was desolate and lost his moorings. He decided to live in the office of the NGO. There, his interest in computers led him to learn its intricacies very fast. “Google is my guru”, he says. “I learnt Corel Draw, Photoshop and film editing software”. 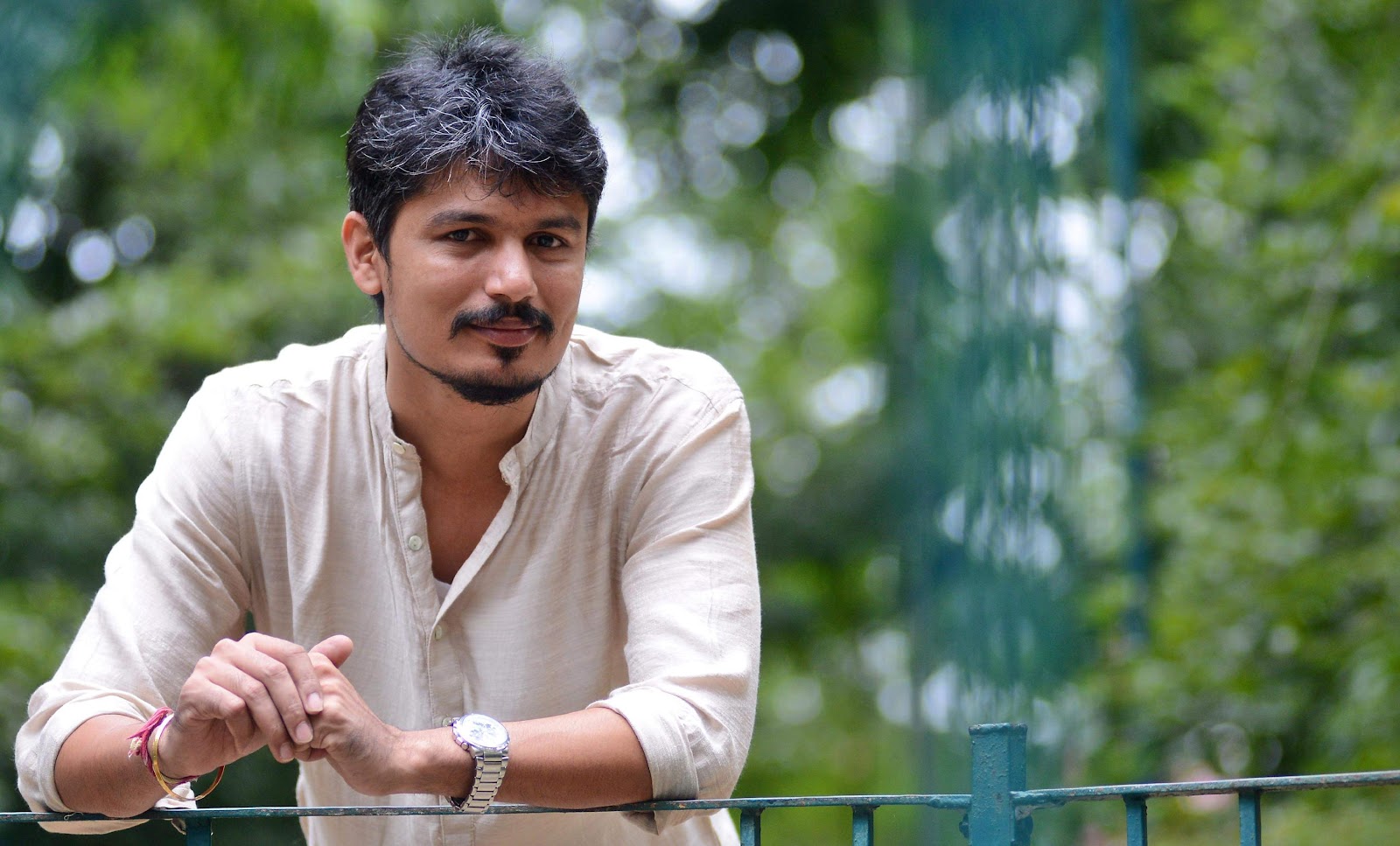 Gowda’s first brush with film came, strangely enough, with the 2004 tsunami. Anita Reddy’s NGO asked him to deliver relief material by bus to a place nearby, giving him a camera to record this work. With that, besides his household chores, Gowda handled all the media work for the NGO, from photography, video editing, designing posters/pamphlets. Unexpectedly reverential, Gowda says, “I have been inspired by Anita ma’am — a lady who has it all to lead a life of fun and comfort but puts in all her time and effort in working with needy people.”

Meanwhile Raam graduated from college and his interest in cinema led him to make a short film with Gowda’s help. The film, ‘Eka’ in Telugu, went to 22 international film festivals bagging a few awards. Raam then went to the Prague Film School.

When Raam was back in Bangalore, Gowda would regale him with insights into his multi-layered and colourful village life and the racy stories that lay hidden in its characters and their dealings and gossip. Reliving these tales and their habitat led Raam to start on his debut feature, with Gowda as researcher and writer. The two travelled together to rediscover Gowda’s childhood and youth in his birthplace. ‘Thithi’ captures this region with a visceral reality in which its odd-ball characters fit seamlessly. Small wonder that the film resonated with different cultures and people world over.

During the filming Gowda learnt fast, as is his formidable way with all that he encounters, picking up skills such as editing and music recording. His all-round experience with ‘Thithi’ led to his own remarkable first film, ‘Belekampa’, also swathed in memories of his growing adulthood. He shot it over 41 days, all with non-actors from his wife’s village. Actor-producer Vivek Gomber’s Zoo Entertainment has produced the film (Gomber produced and acted in the celebrated film ‘Court’ that screened in Venice), and Chaitanya Tamhane, the director of ‘Court’, is the Creative Producer. Saumyananda Sahi was its cinematographer/editor and much more. The music is by Benedict Raylor and Naren Chandavarkar. Gowda says, “The film would not be possible without such beautiful people”.

Gowda’s debut work is a deeply moored study of the emotional uncertainty and hiatus of those living in his village, probing his characters as they go about their daily lives. It follows the bangle-seller Kempanna who visits neighbouring homes helping women try on the bangles and beauty products he is selling. This leads people to notice that he has little time for Saubhagya, his wife, whose inability to conceive makes her mother pray to the local deity for a child. When Saubaghya insists on getting a life insurance and disappears to her mother’s house, a scandal seems imminent. 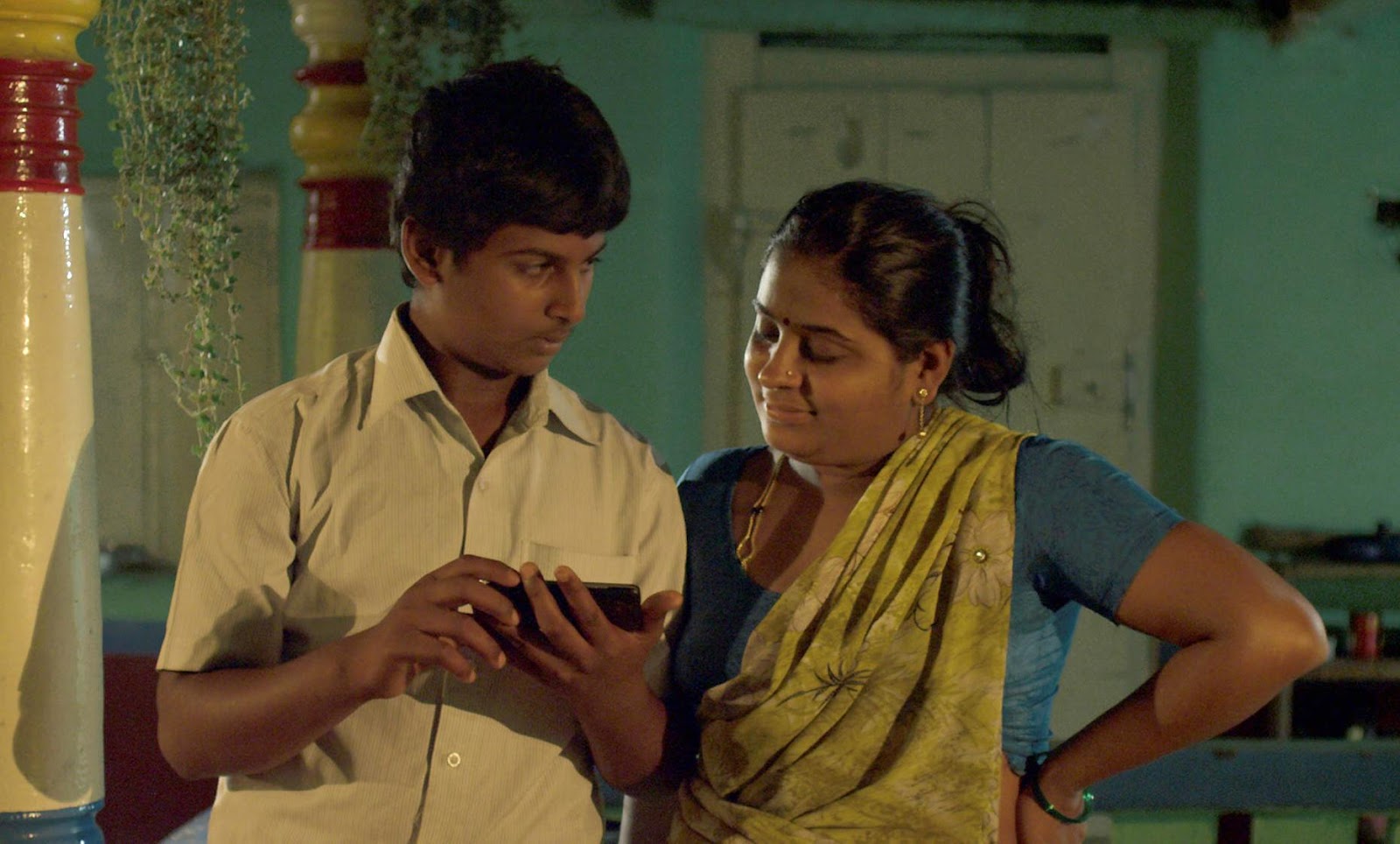 Gowda has said “My intention is to show how, despite the constant scrutiny and circulation of gossip among the extremely close-knit community, there is a lot that remains hidden under the surface – there are stories that may go to the grave without being uttered, relationships that seem non-existent except for those who are living them. Neither the husband nor his wife, are bad people. They are just two incompatible persons caught within the institution of marriage, and kept tied to each other by the norms of the society they live in”.

Typically, Gowda remained unfazed as he made his first trip abroad. This was to attend the 47th Rotterdam International Film Festival where his debut work was in competition in the Bright Future category amongst eighteen others. His film won the coveted The FIPRESCI (International Federation of Film Critics) Award. In 2017 ‘Balekempa’ was at the Film Bazaar’s Work in Progress section, where it won the Prasad Digital Intermediate (DI) Award. On stage, while receiving his FIPRESCI award in Rotterdam, Gowda profusely thanked his Film Bazaar mentors: Marco Mueller, Philippa Campbell, Olivia Stewart and Jacques Comets.

Ere Gowda mainly lives in Bengaluru with his wife and two daughters. Geared and armed for a fulfilling career, he says, “Making a film is so personal that it seems like a miracle…an inner calling where your dreams can be imagined”.