A photo essay capturing the decay of an important historical site.

Situated 8 Kilometers from Anantnag town in Mattan area (originally called as Martand or Bhawan) in the southern part of Kashmir- ‘Martand Sun temple’ is one of the historically significant yet neglected and forgotten temples lying in shambles.The temple was built by King Lalitaditya during the 8th century and is considered to be a mirror of the art and skill of Kashmiri Hindus.

According to Tareekh-e-Hassan (the oldest History of Kashmir) there was a city named Babul in the Karewas of south Kashmir built by Raja Ranadatiya. In front of his Royal palace he built Martandeshwari temple around 370 t0 400 C.E. The same temple was later architectured by Lalitadatiya Muktapida and was dedicated to Surya Bhagwan. The temple is now in ruins. As per history and evidence available, over the course of a year, the temple was completely destroyed by Sikandar Butshikan in the early 15th century CE.

The government of India had proposed to develop the site as an important tourist destination with all facilities. With department of Archaeology taking its custody the Martand Temple is now an archaeological monument. But the concerned department has failed to restore its grandeur and it is on the verge of decay. Local residents say that if government wishes the site could be developed as one of the oldest pilgrimage sites and could be one of the top most pilgrimage tourist destinations in the country. 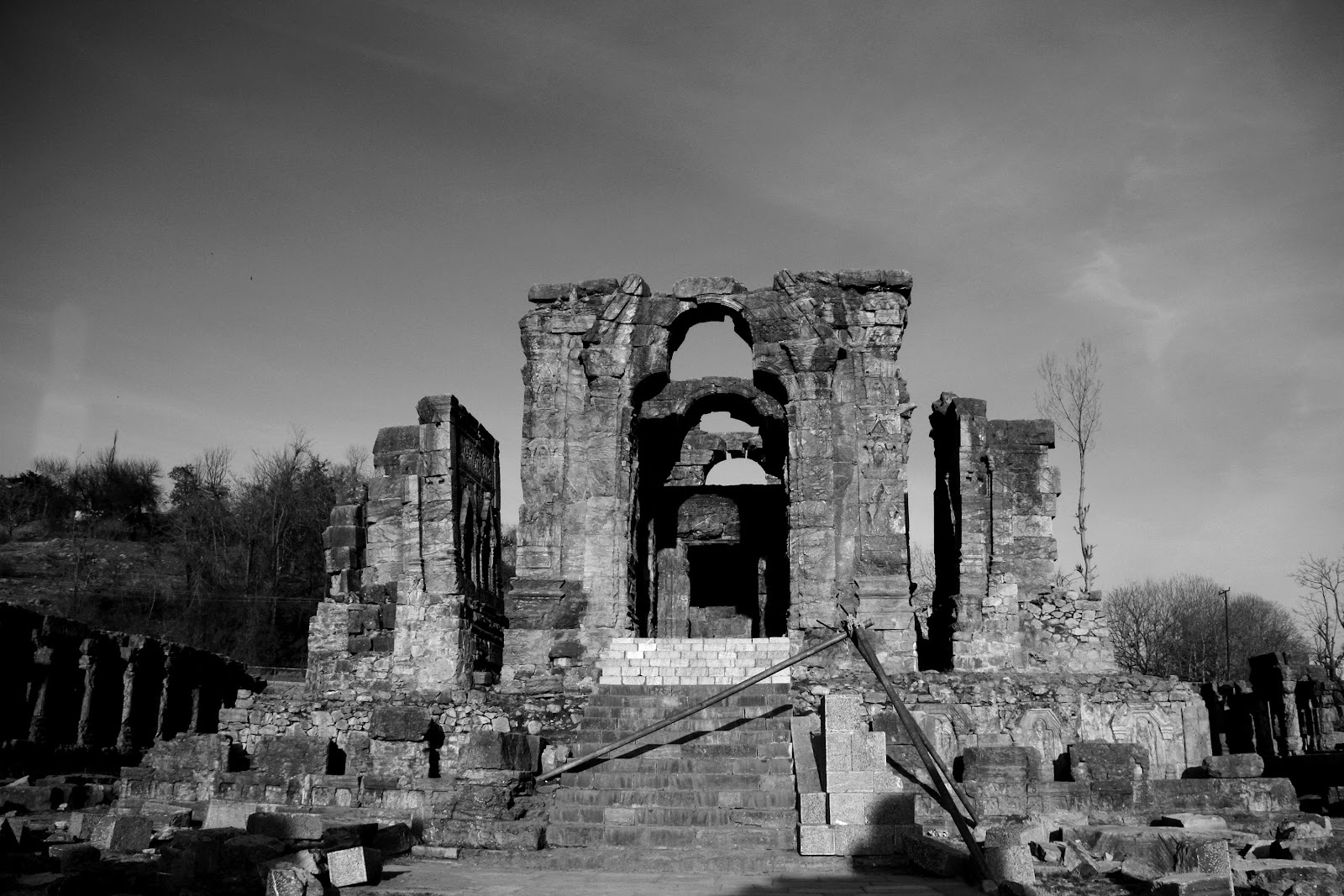 This archaeological temple has been built with strong and square limestones and exhibits the pillars of Greek pattern. 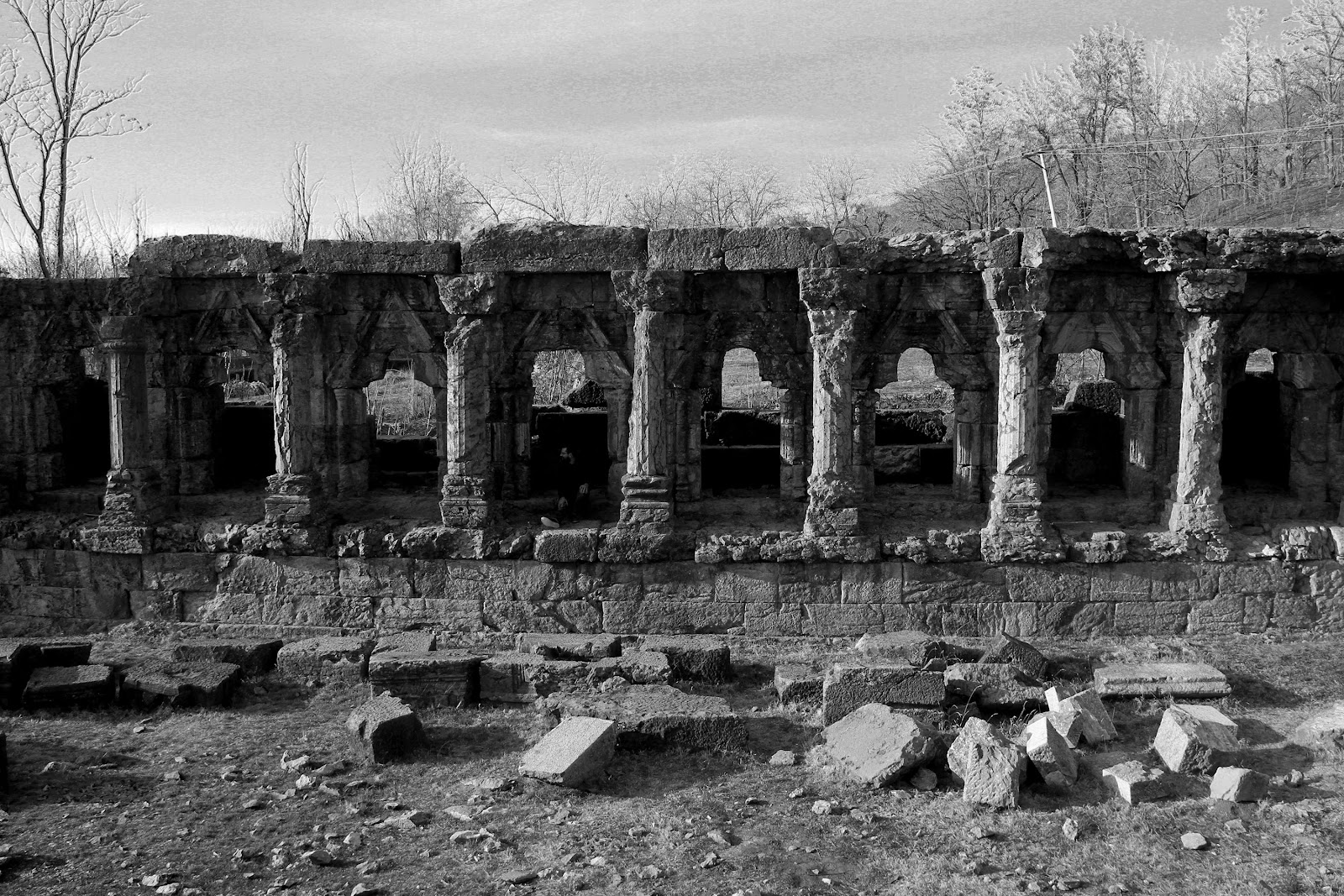 According to Pandits, the Sun Temple in Kashmir is facing West which attains greater significance in the Hindu scriptures. 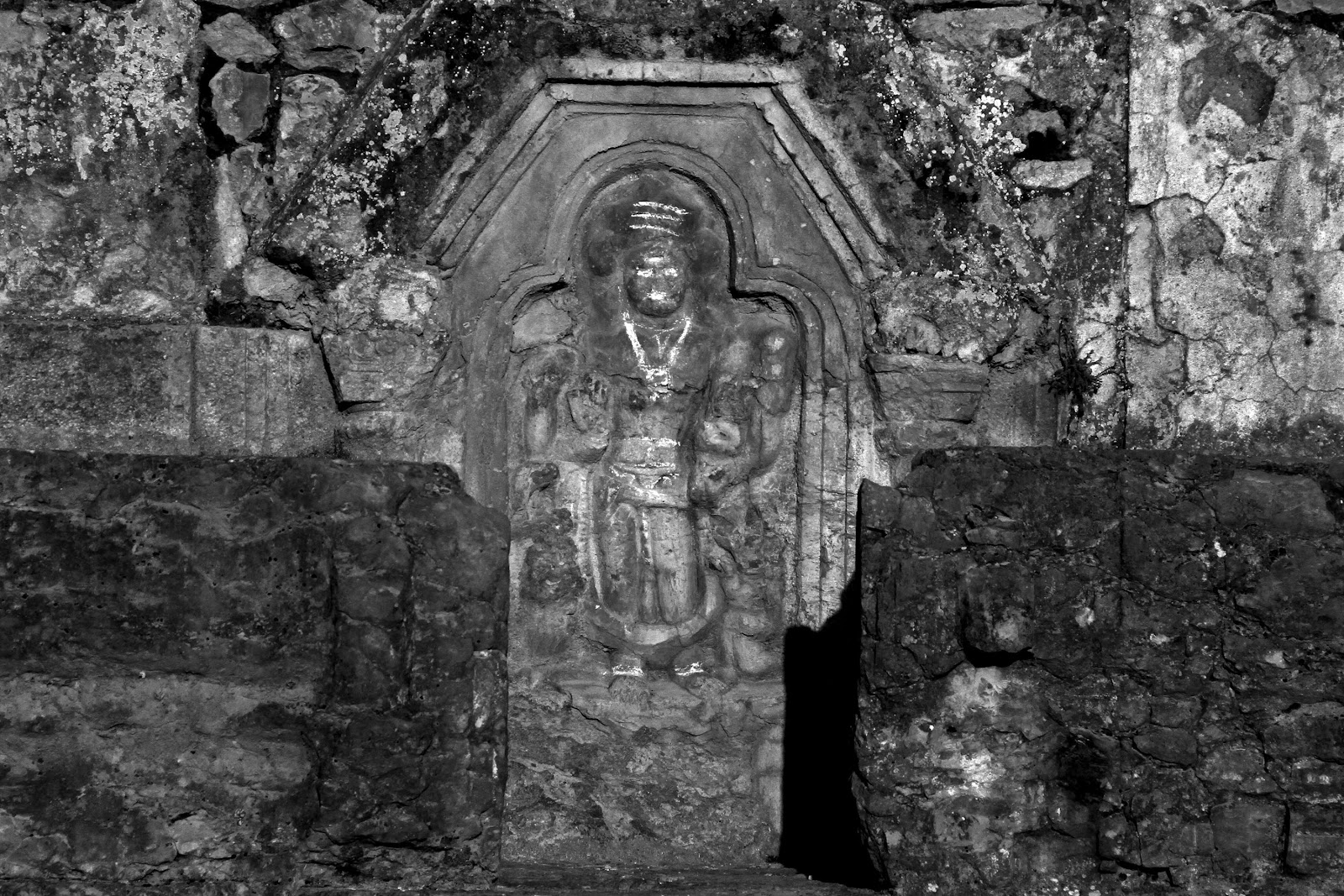 This archaeological marvel with strong and square limestones has historic and religious significance for the Hindu community. 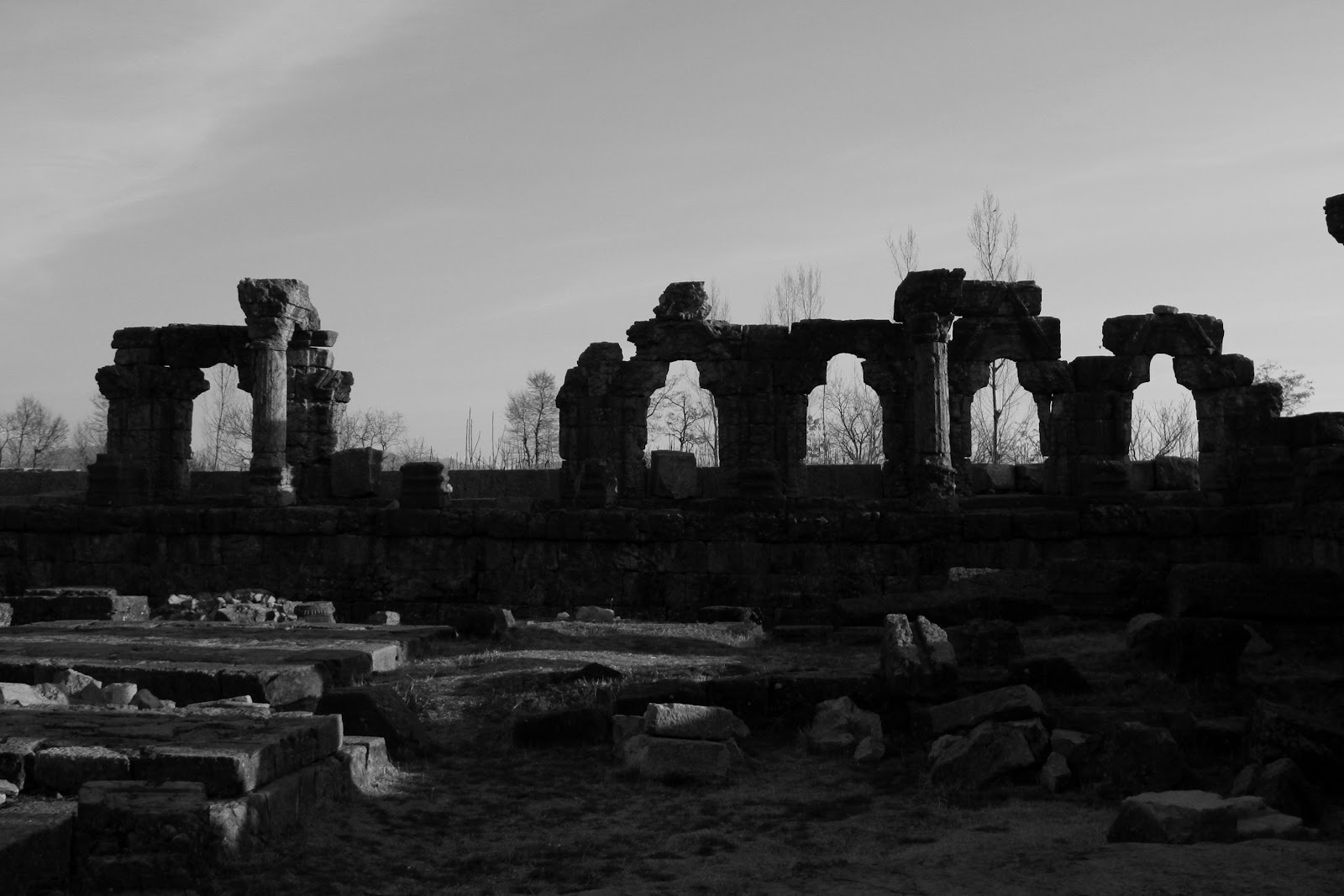 The style of the construction of the temple and the skill exhibited in its construction is rare in the history of the world. 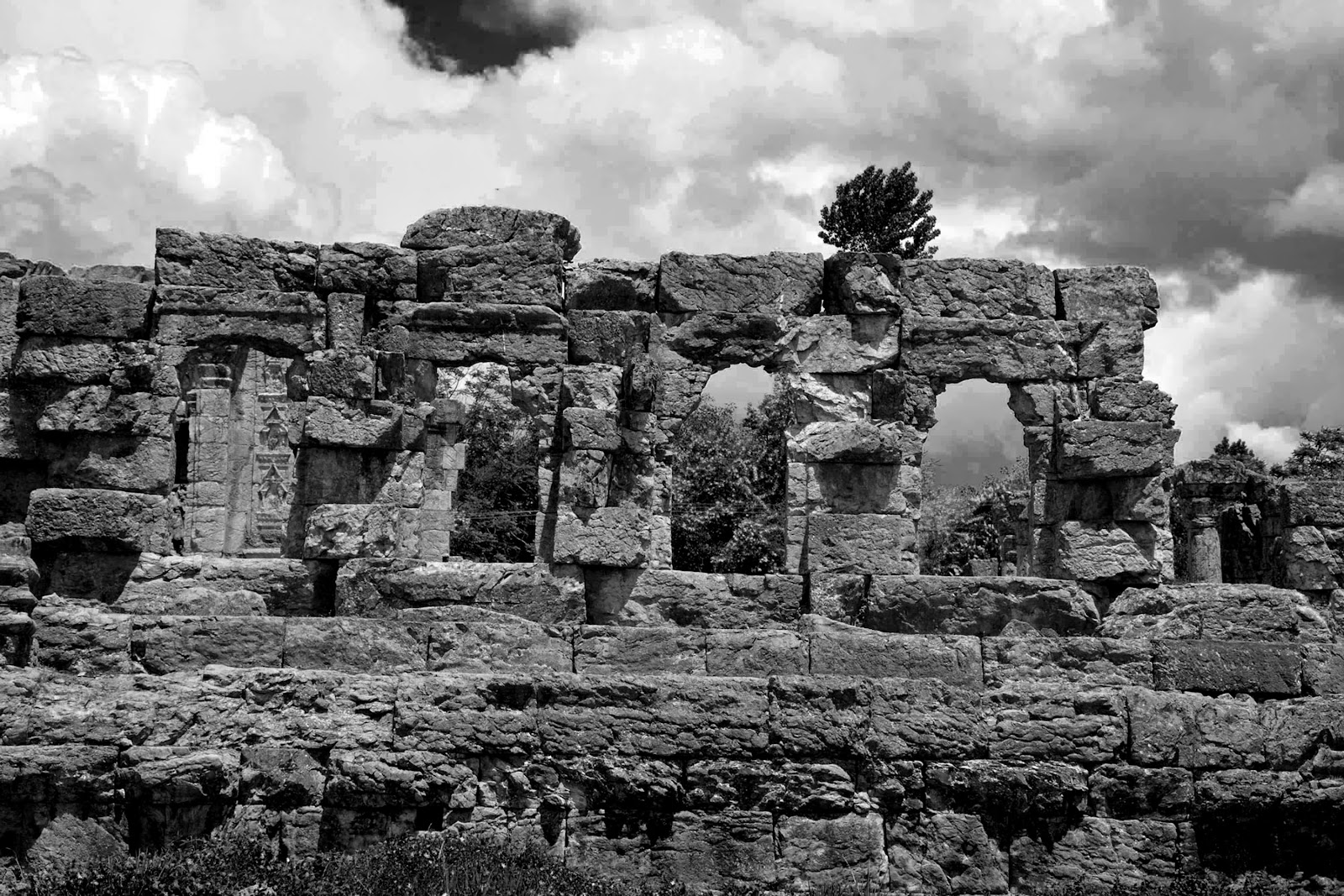 The architects built this magnificent edifice in a unique way so that the sunlight would fall on the idol (idol of Sun God) throughout the day. It is said the Martand temple was built on top of a plateau from where one can view whole of the Kashmir Valley.. 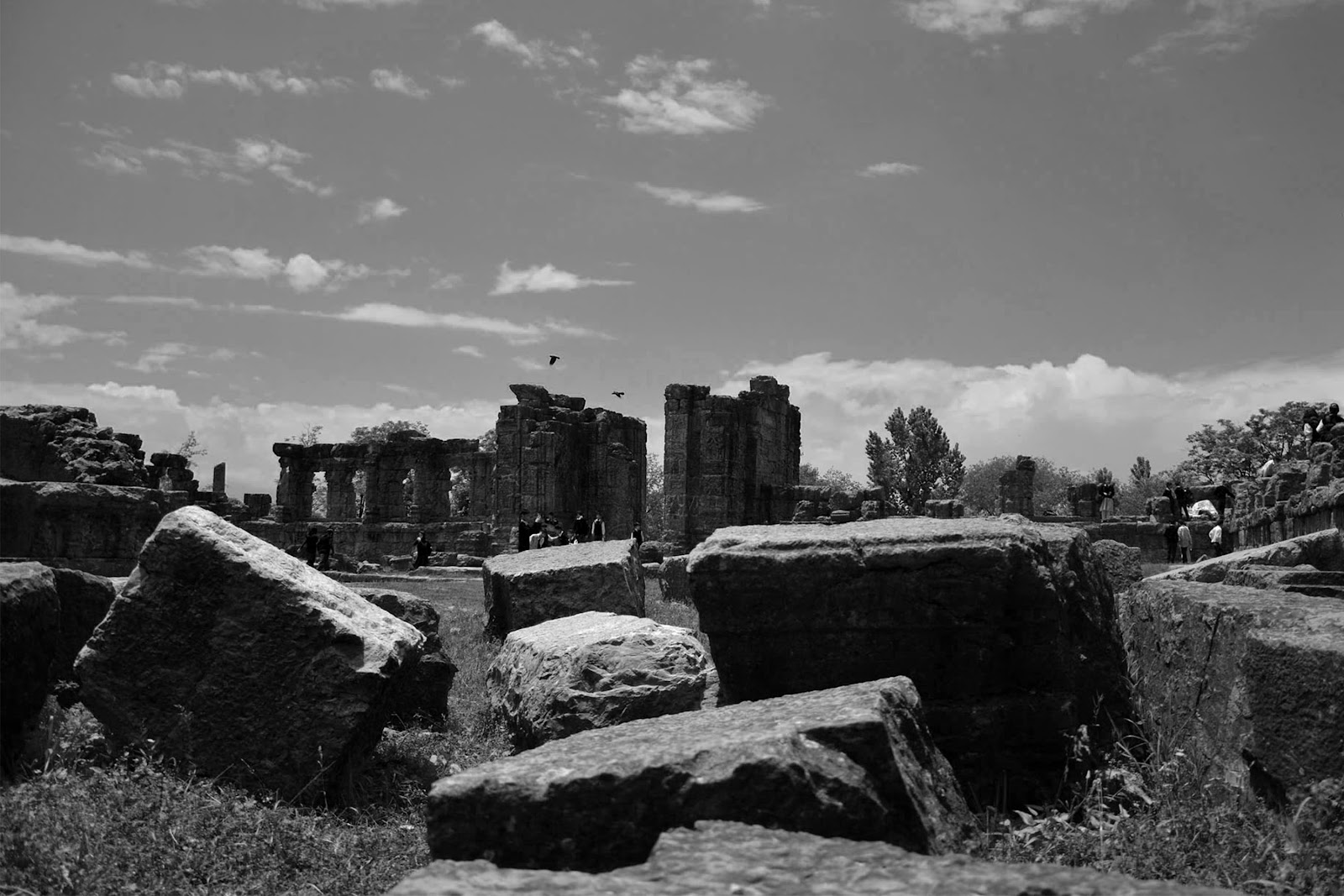 The picturesque Sun Temple last year served as the backdrop for the dramatic bismal song in the popular Bollywood movie Haider. 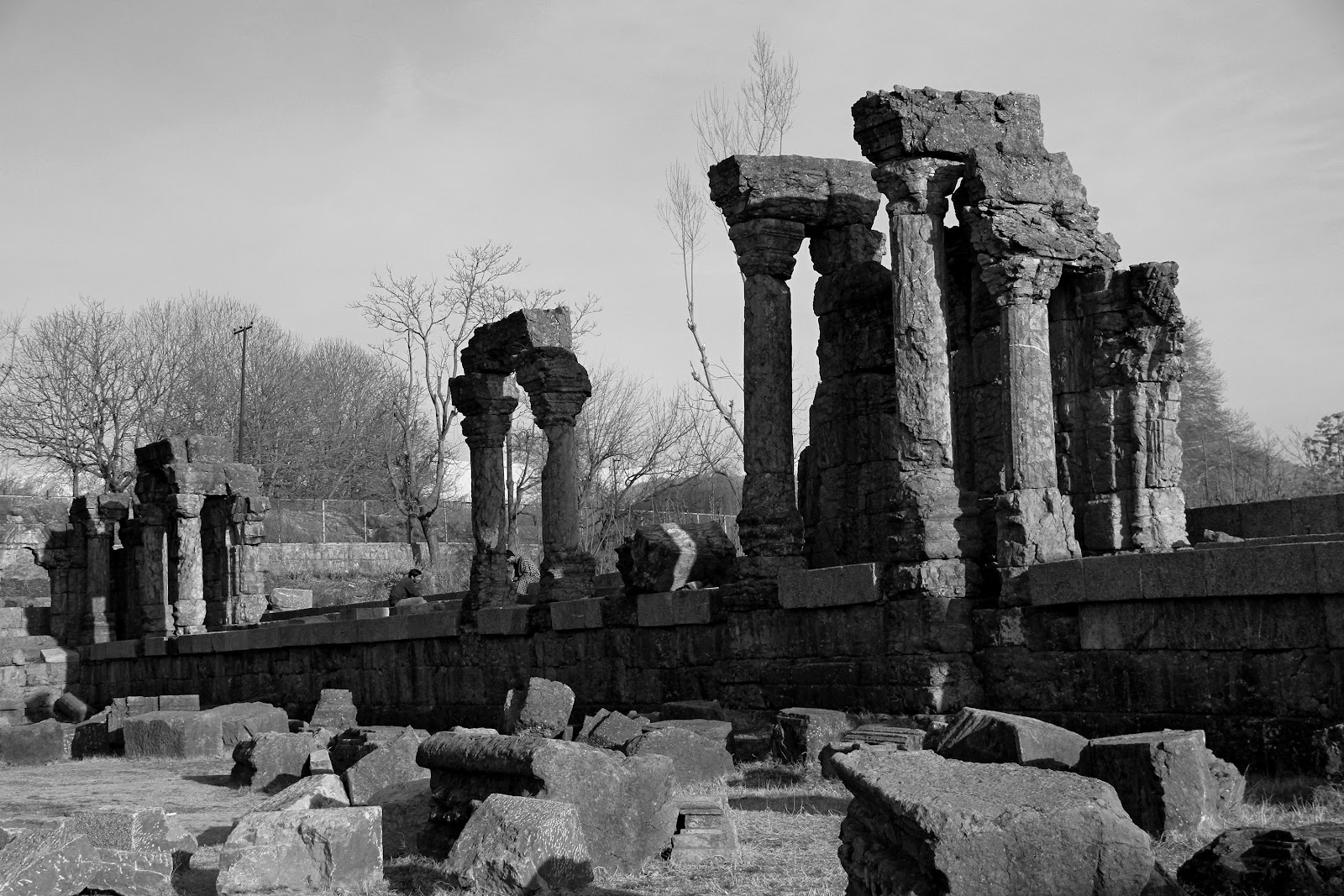 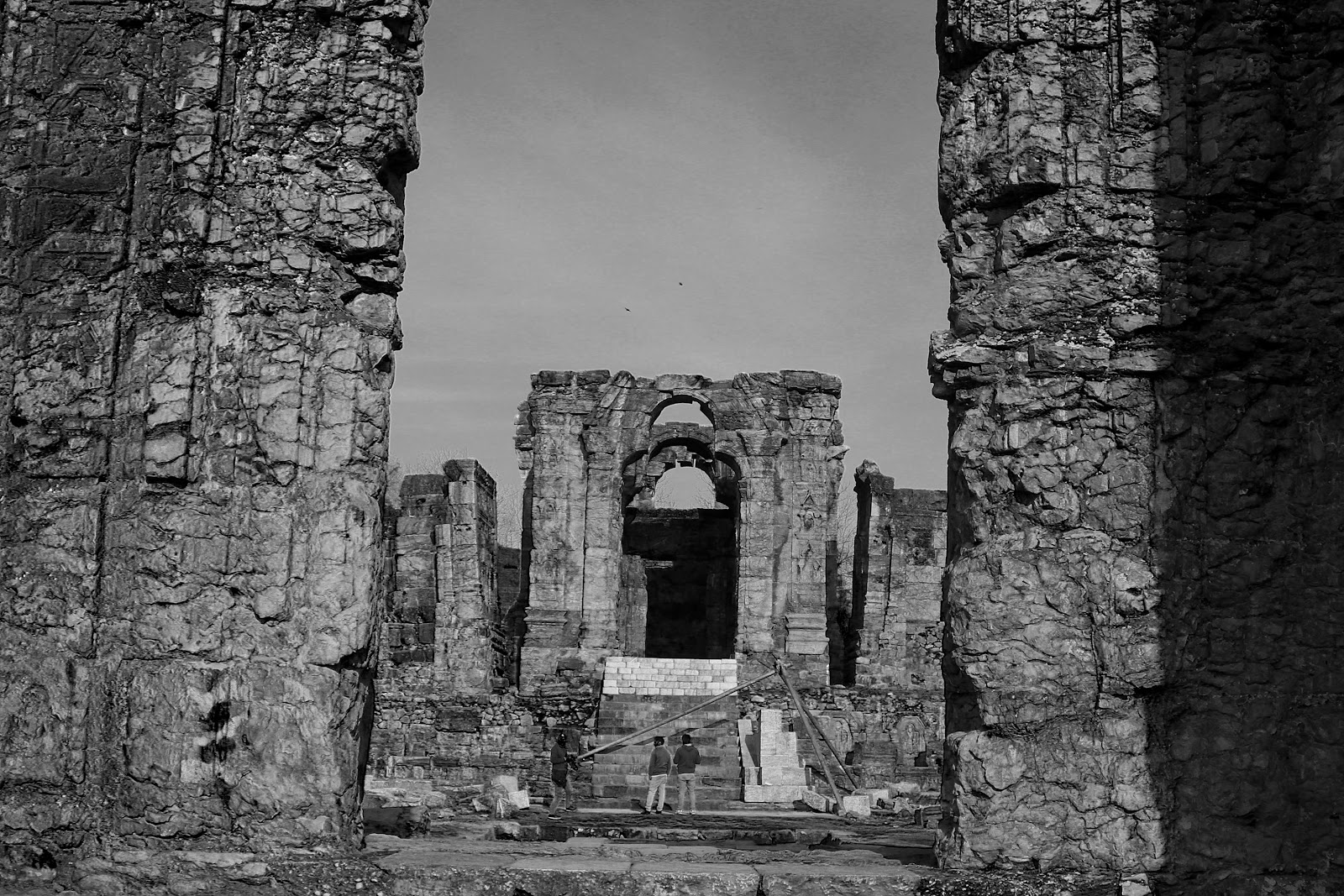 The Martand Sun Temple is one of several important Sun Temples in India. 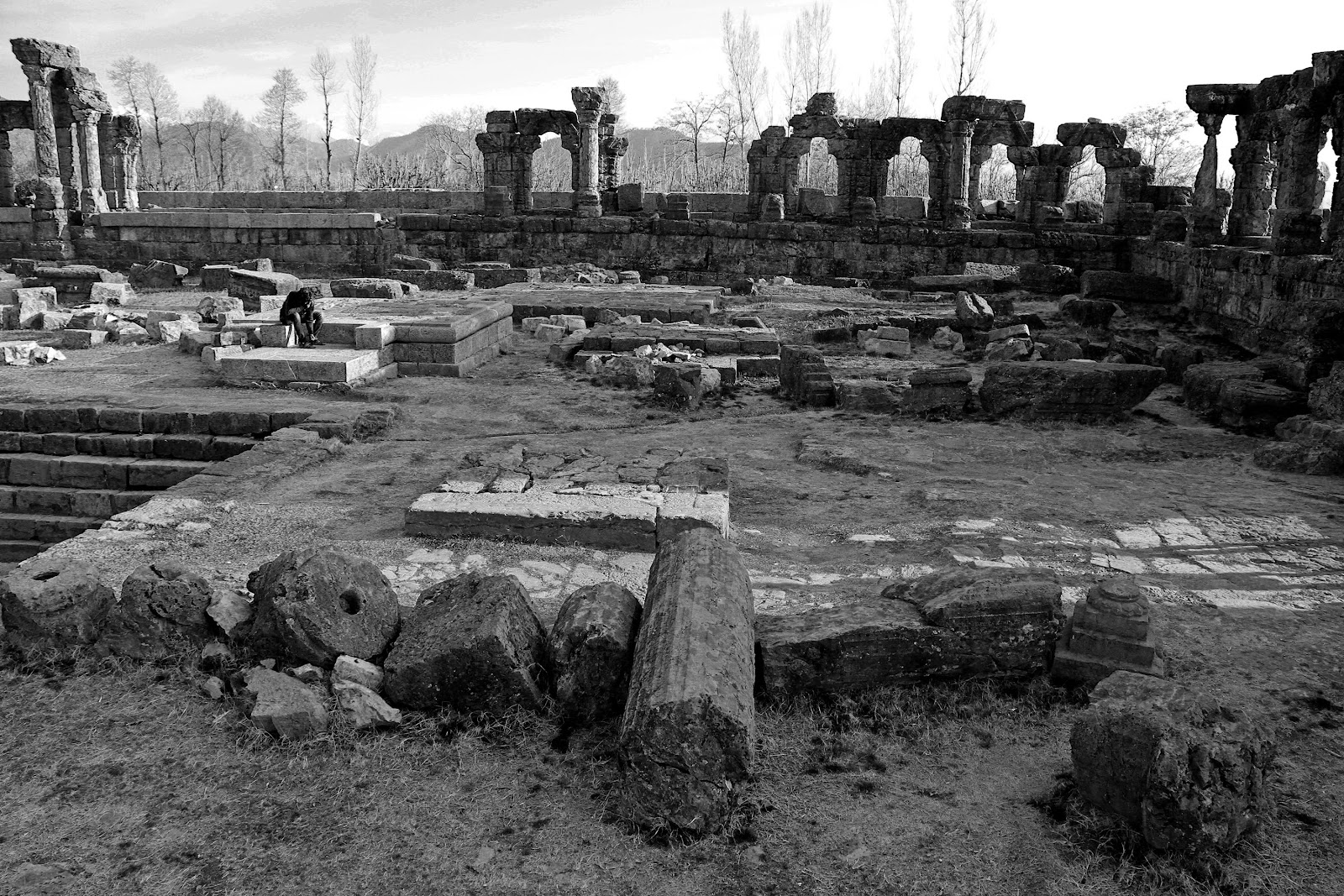 The Pandits led to the controversy surrounding the movie and sought ban on the film by saying the song 'Bismil' had portrayed the ancient Martand Temple (Sun Temple) of Kashmir as the den of the devil. 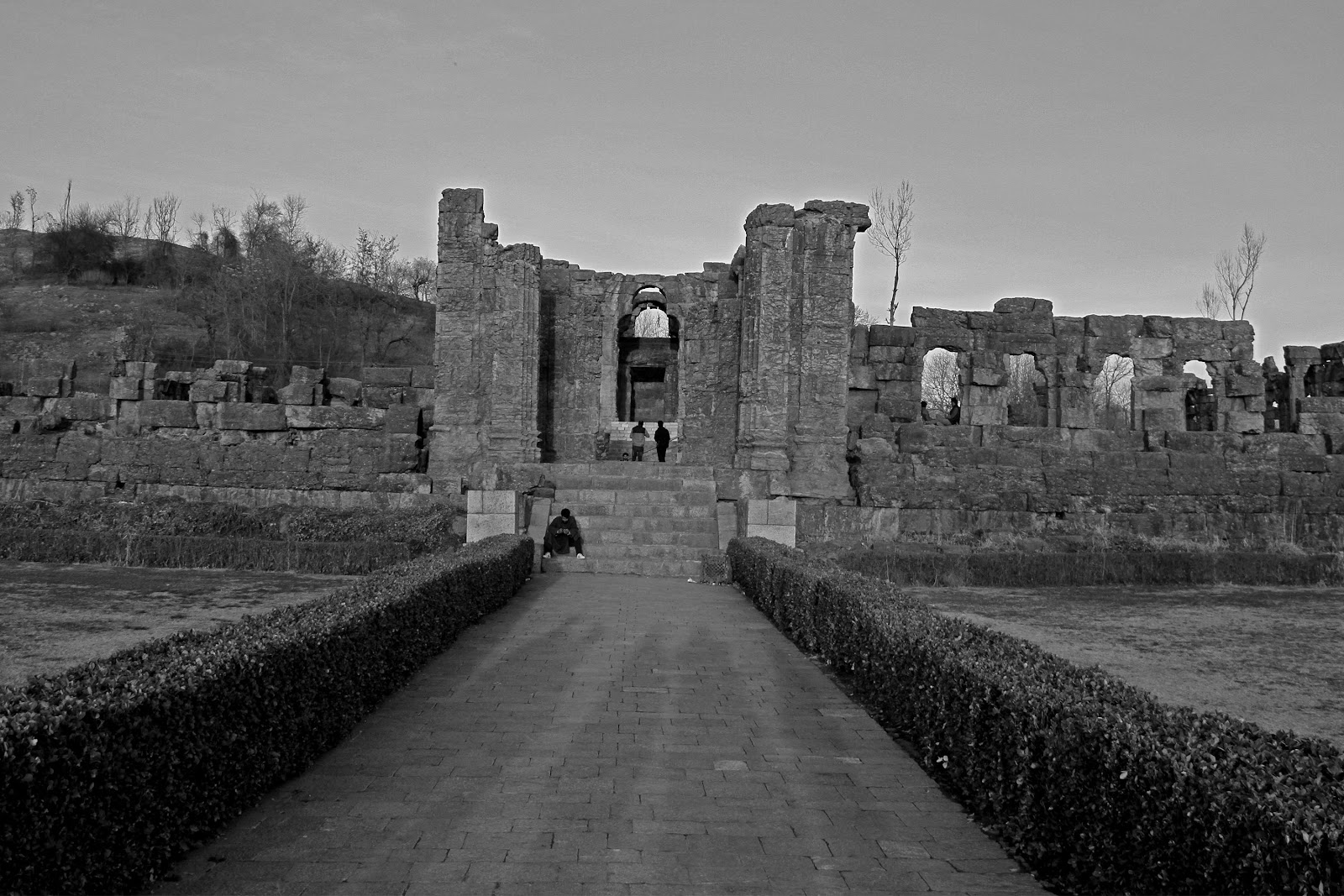 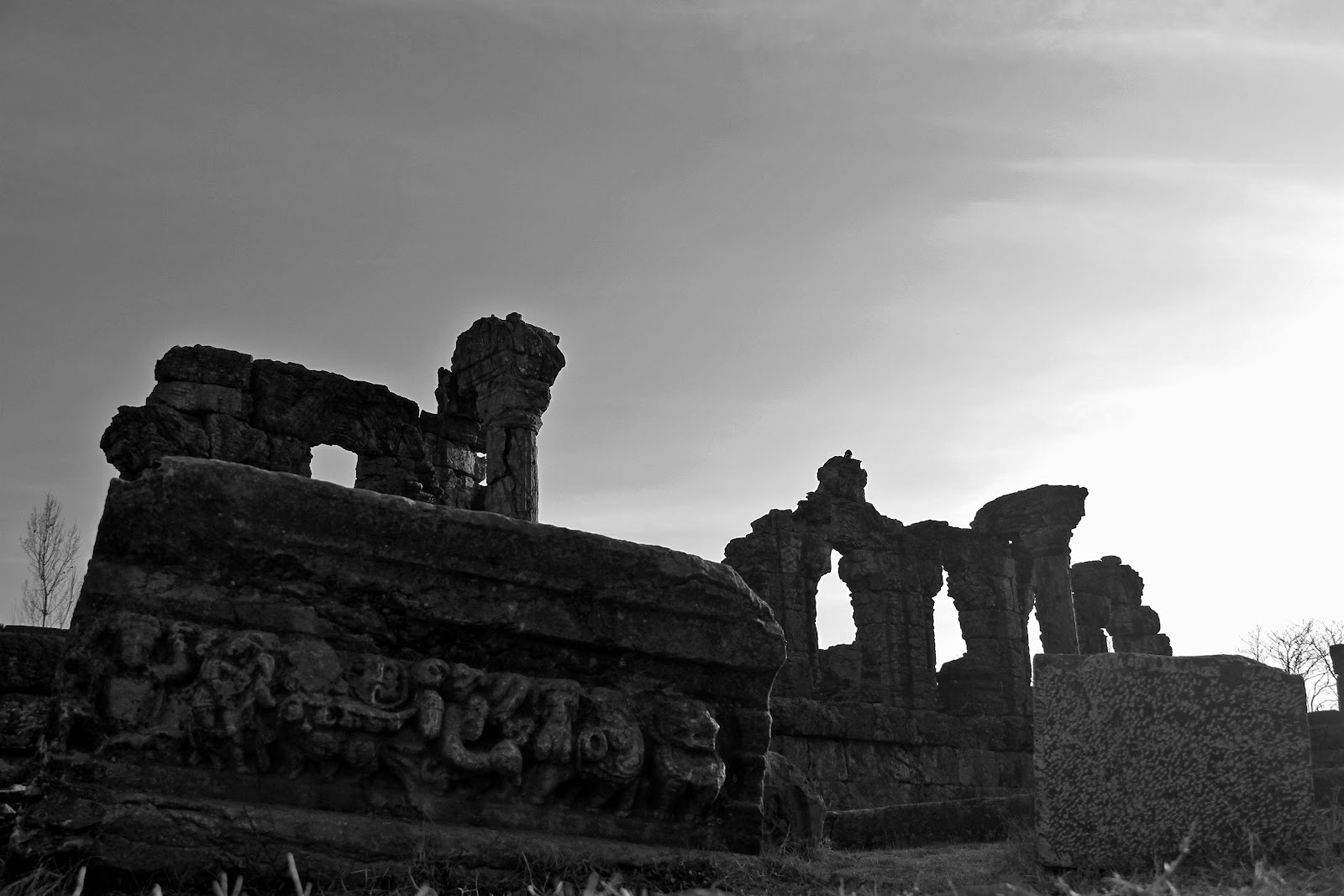 The remnants of the Temple stand in a square field with snow-capped mountains as its backdrop. At present, only the plinth and few pillars survive but the beautiful facade, rich panellings and intricate stone carvings describe the expertise of the craftsmen of a bygone era. 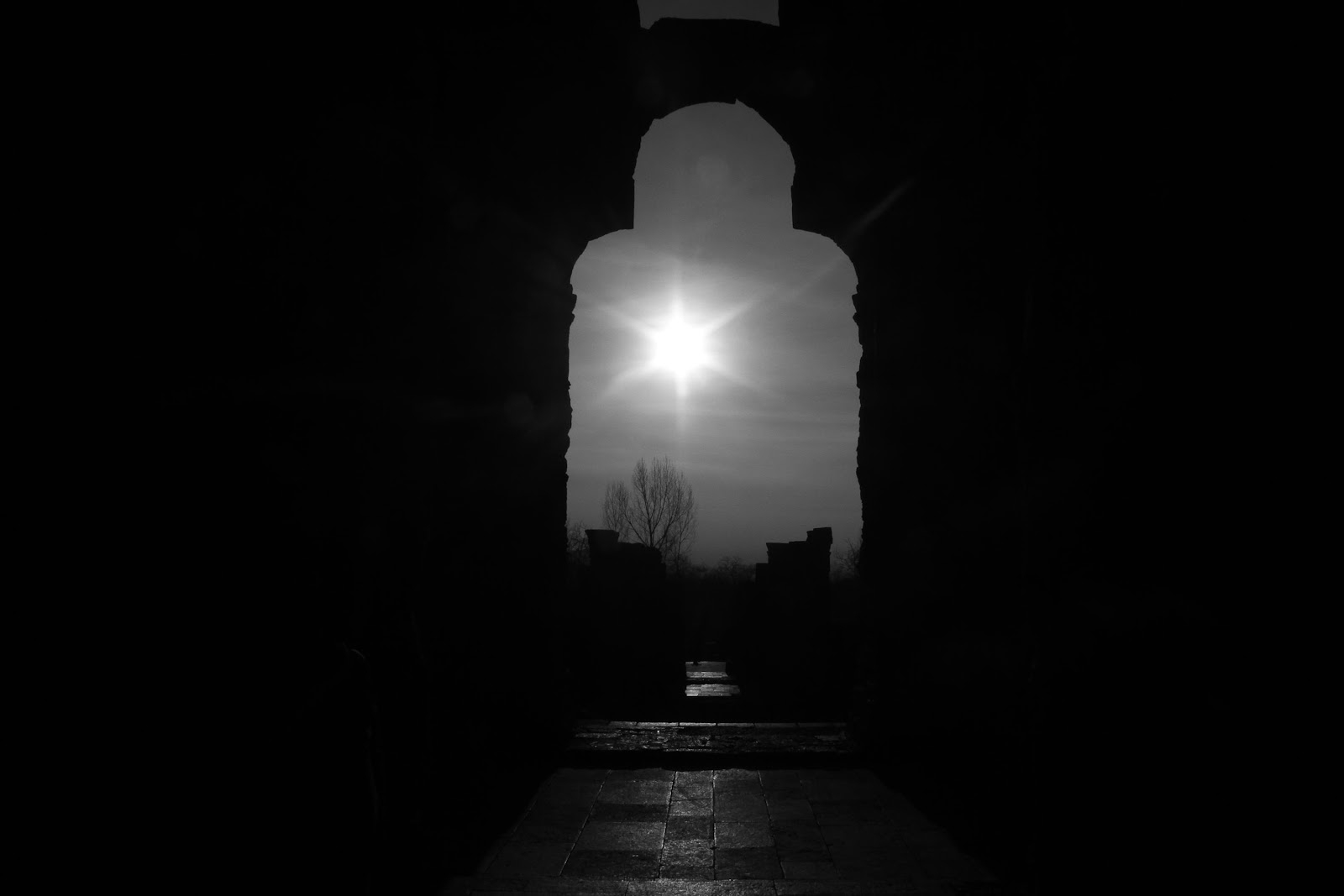 In the words of British architect and scholar, Sir Alexander Cunningham: "The architectural remains of Kashmir are perhaps the most remarkable of the existing monuments of India