A Hakim beyond par

It has not been very long since the controversy in Delhi Assembly over Tipu Sultan’s portrait erupted. Opposing parties questioned the rightness of the inclusion of Tipu Sultan’s portrait. However, in the din all seemed to have forgotten Hakim Ajmal Khan, and it was left to his grand nephew to remind the government of the man who took Unani medicine to an all new level.

Masroor Ahmed Khan, great-grandnephew of Hakim Ajmal Khan, launched a scathing attack on the Delhi government saying, “No one at the helm of affairs ever tried to commemorate the contribution of Hakim Ajmal Khan. There has not been a leader as dynamic and versatile as him”.

When Delhi’s Chief Minister, Arvind Kejriwal, decided to put up the portraits of 70 eminent personalities in Delhi’s legislative assembly, Khan took Kejriwal to task for overlooking the contribution of Hakim Ajmal Khan in Delhi’s rich history and heritage. Hakim Ajmal Khan’s poster did not find space on the wall of the legislative assembly. Khan pointed out, “Government issued a daak ticket (stamp) with photo of Hakim Khan a few years back, but that was sheer tokenism. When it comes to recognition now they have turned away..”

Perched on his sofa, Masroor Khan recalls old stories from the rich legacy of the Hakim.“He was a close friend of lord Hardinge, the only Muslim who had chaired the reception committee of Hindu Mahasabha’s annual session, the sole person elected to the presidency of Indian National Congress, the Muslim League and the All India Khilafat Committee.” he said. 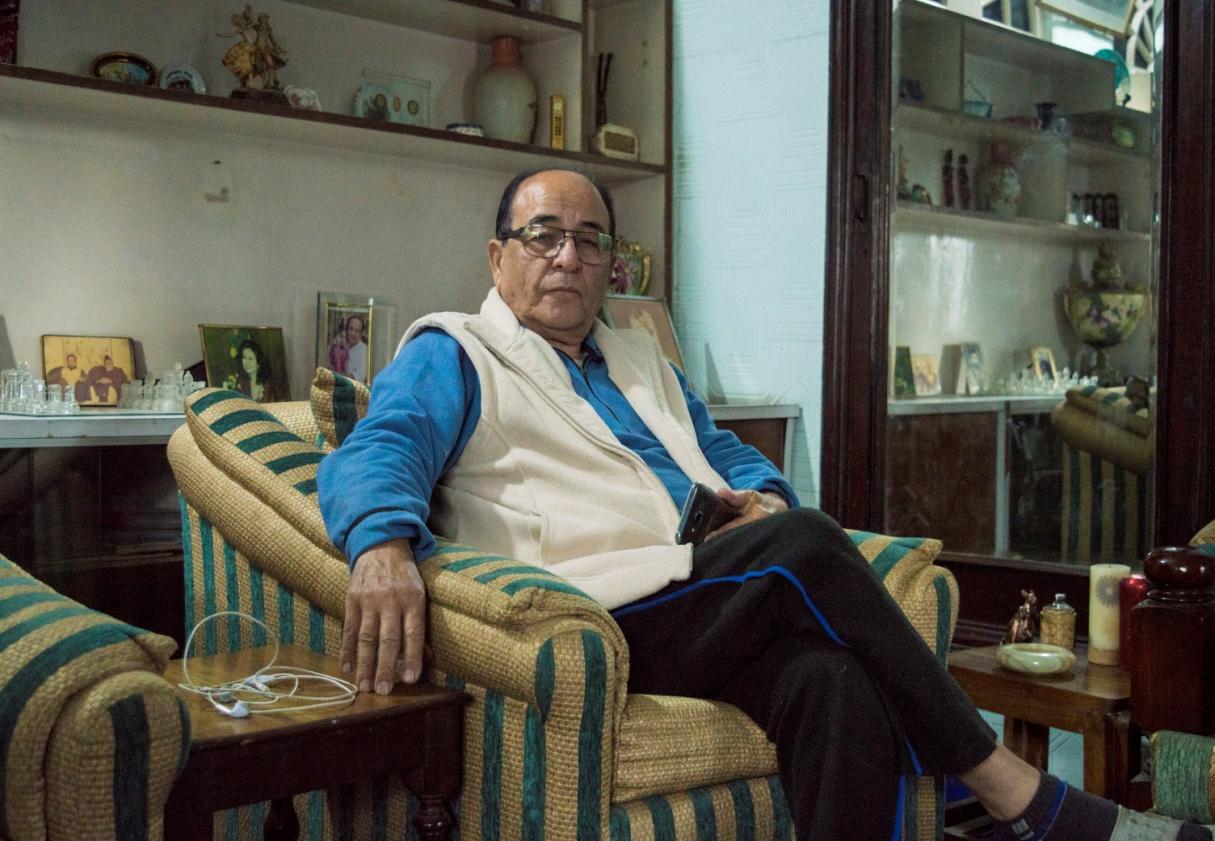 Talking about the role played by Hakim Ajmal Khan in enriching Unani medicine and bringing it in India, Khan said, “Ajmal Khan was the first one to institutionalise Unani education in northern India in 1880’s. He founded the Ayurvedic and Unani Tibbiya College, which was inaugurated by Gandhi in Delhi.” It was the first institution in India to bring together two entirely different streams of medicinal treatment; Ayurveda and Unani together. 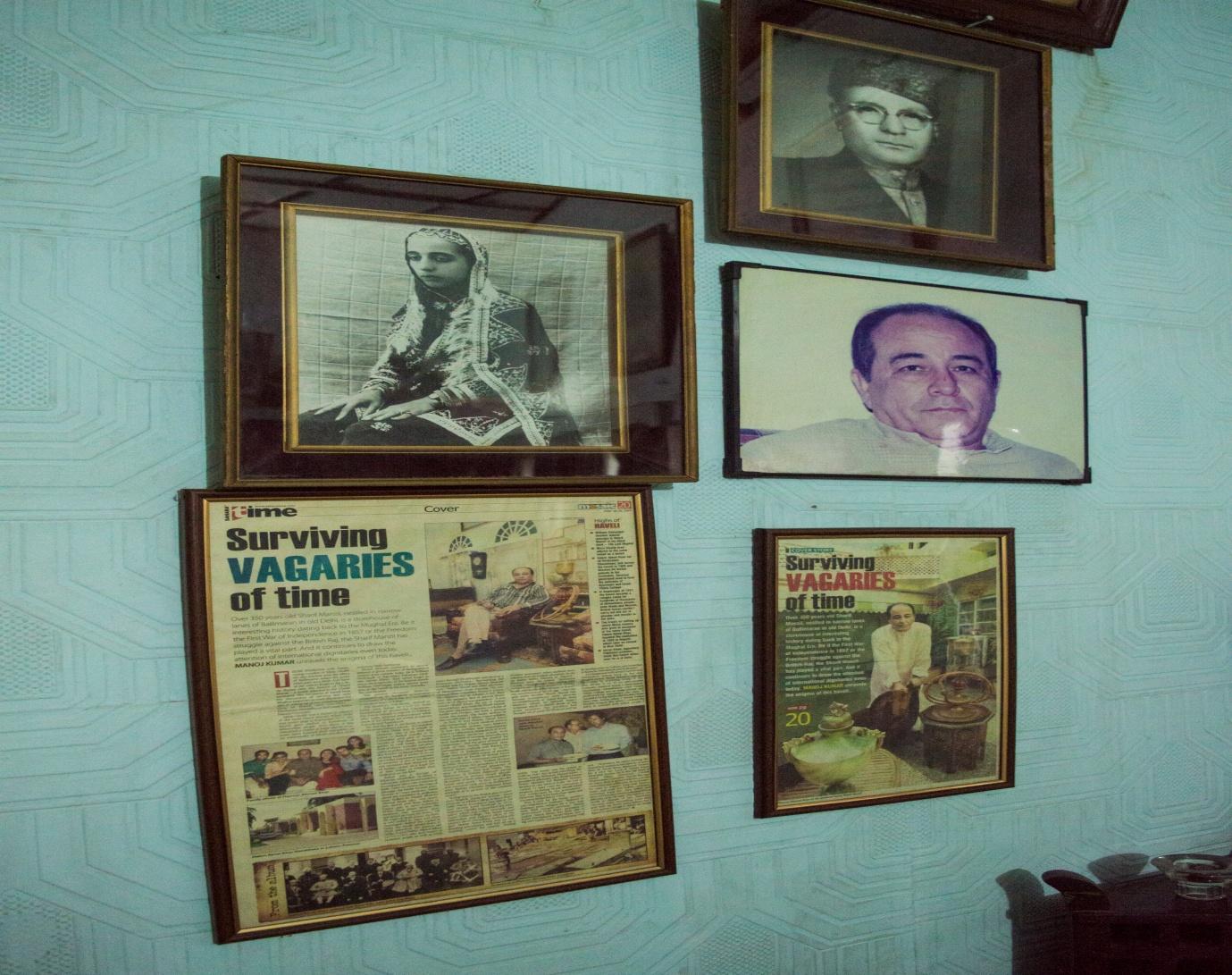 Hakim Ajmal Khan’s contributions were not confined only to politics and medicine. He was one of the founding members of Jamia Millia Islamia University. Syeda Hameed, the great-granddaughter of the Hakim said that it was due to Ajmal sahib’s contribution that Jamia and Tibbia College are thriving and flourishing. “During a financial crisis in Jamia, Hakim Ajmal Khan sold his diamond ring for Rs 10000,” Hameed recalled. It was due to Hakim Ajmal’s unrelenting and incessant efforts that these two institutions are so reputed today.

Masroor Khan recalled his family’s history of hakims, a timeless chain. The number of hakims that catered to royal families is more than 136 .Taking pride in tracing their lineage, he added, “We came to India along with Babur and finally took refuge in Delhi. As hakims we all were treated at par with other royal families.” The hefty amount of Rs 1000 which the hakims were paid in the early 20th century, prove that the that hakims enjoyed royalties and status not less than ministers at that time.

Amidst the narrow lanes of Ballimaran in Chandni Chowk stand the impressive Sharif Manzil and Ghalib ki Haveli that are emblematic of majestic legacy of Unani medicine and Urdu and Persian literature that was bequeathed by Hakim Ajmal Khan and Mirza Ghalib to future generations.

A dingy arcade leads to a steep and spiral staircase which further leads to the brightly lit foyer of Sharif Manzil. Here Masroor Khan recalled,“Haveli Hakimoki was reformed and built by great-grandfather of Hakim Ajmal Khan, Hakim Sharif Khan in 1740. It’s not only a spiffy or historical physical structure but it’s much more than that. It is central to India’s freedom struggle.”

Sharif Manzil is the place where Gandhi met Maulana Azad for the first time and many secret meetings of the Khilafat Movement also took place. The foundation of Tibbiya College was laid here in Sharif Manzil by Lord Charles Hardinge.