Health Through the Eyes of Pinky, an Anganwadi Worker

A photo feature from Jharkhand

I met Pinky on one of my trips to Jharkhand, at a tribal colony inhabited by a hundred odd families, quite cut off from the rest of the world, in the Satgawan district near the Bihar-Jharkhand border. She was just another lady, a seemingly inconsequential name in the crowd of the billions that inhabit our country. 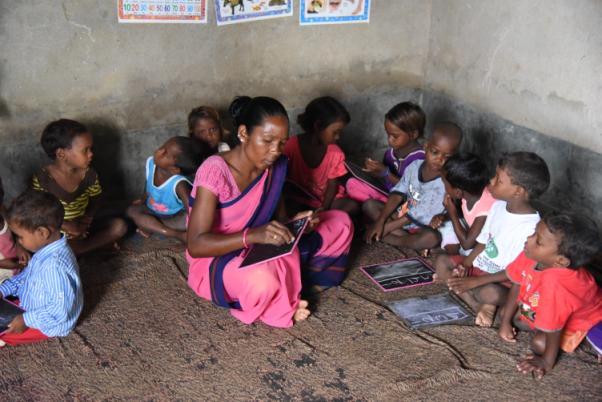 Pinky is the Anganwadi worker of the ICDS (Integrated Child Development Scheme) centre in the Birhor community, still surviving on their hunting and gathering skills and considered untouchables by the rest of the society. 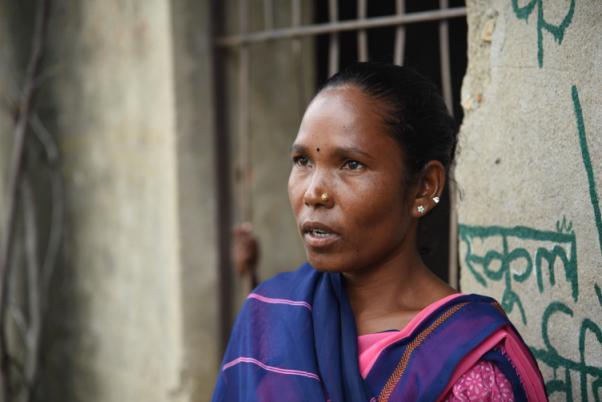 “My biggest challenge has been to bring the pregnant and lactating mothers to the Anganwadi. They are still so scared of injections and medicines. The Birhor ritual mandates the expecting mother to be cut off from the rest of the world during the final phase of her pregnancy. She is supposed to stay in a hut made out of leaves and deliver her own child. I would say my biggest achievement has been to get the women to the hospital for their delivery. There was a lot of resistance but once a few women came back with healthy babies, they started believing in me,” says Pinky. 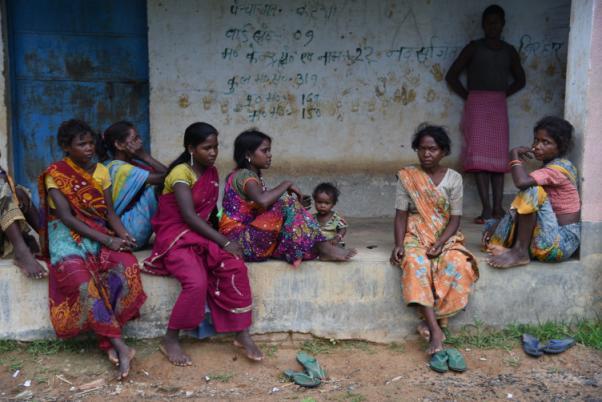 “The worker who was here before Pinky wouldn’t even touch the children. How can you take care of them if you can’t even touch them? We trust Pinky because she is one of us. She wouldn’t do anything to harm our kids or us,” says one of the pregnant mothers from the community. 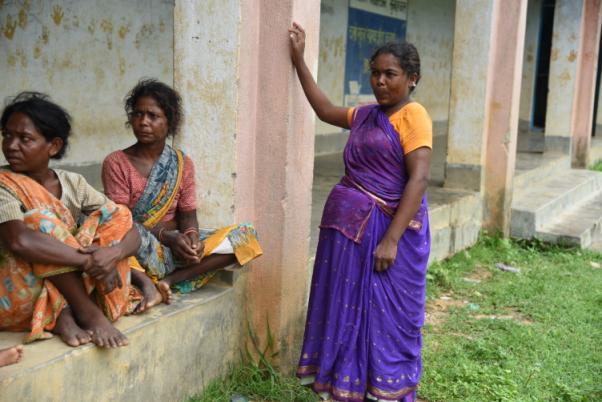 Another big change Pinky was able to bring to the community was instilling the values of cleanliness and hygiene. Bathing or washing up, or even washing hands was never practised. According to her, it is easier to start with the children because the habit grows with them. She has ensured that they bathe before coming to the Anganwadi and they develop the habit of washing their hands before the breakfast is served. 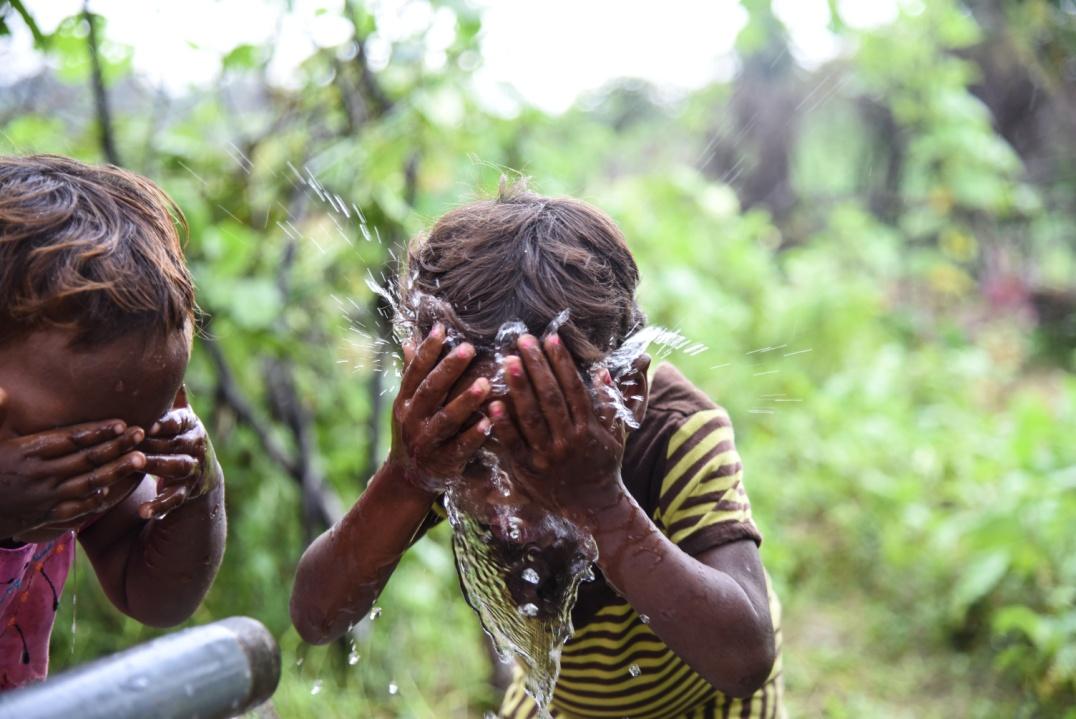 Speaking of food, Pinky looks a little thoughtful. “The amount we get for the nutritious food the children are supposed to get in the Anganwadi is very little. It can’t be sufficient for their growth and health. Thankfully, during my training with Rashtriya Jharkhand Seva Sansthan, a grass-root level NGO supported by CRY – Child Rights and You, I got the idea of kitchen gardens. That has helped a lot!” 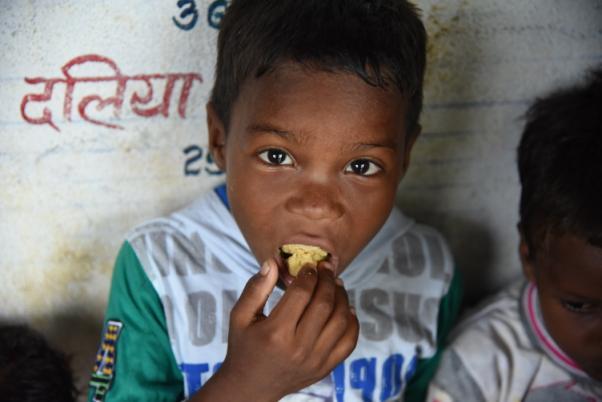 “It took us a while, but with the help of the NGO staff, we managed to convince the community about the importance of giving a healthy start to the lives of the young ones. Now we grow our own vegetables in our own little kitchen garden and the community chips in as well. The children get the right amount of nutrition they need at this age. You can see it helps because they fall ill less often,” beams Pinky. 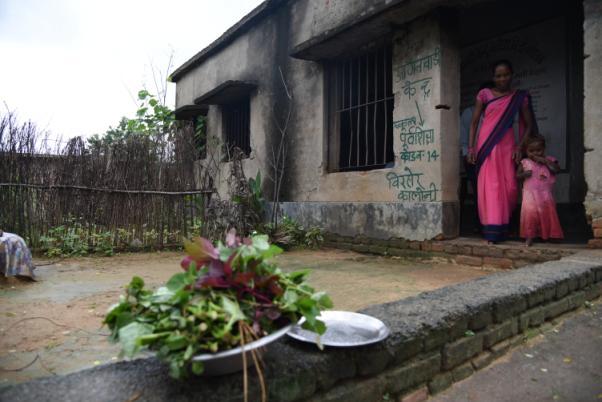 Pinky’s job has not been easy. Not with the meagre amount she gets to run the ICDS centre in comparison to the services she needs to offer, leave alone the honorarium she is entitled to. However, she will not give up. “These are our kids. They will grow up to become the future of this community. I cannot let their future be affected.” 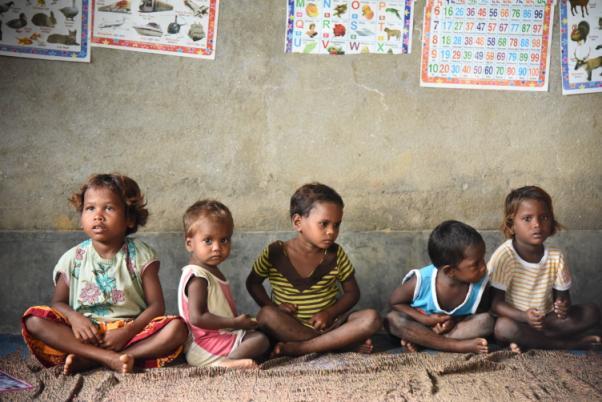 The Government of India is targeting a ‘kuposhan mukt bharat’ (malnutrition free India) by 2021. This year’s Union Budget has allocated a 7% increase over last year which is Rs. 15245.19 crores (RE 2017-18) to 16334.88 crores (BE 2018-19) to the ICDS. However, Anganwadi Centers are yet to gain universal coverage as 50% of the children under six years of age in the country are still not covered by it. Considering the requirement of increased focus on pre-school education and care services for children below 6 years, this increase is insufficient in delivering services to our 165 million children in this age group. 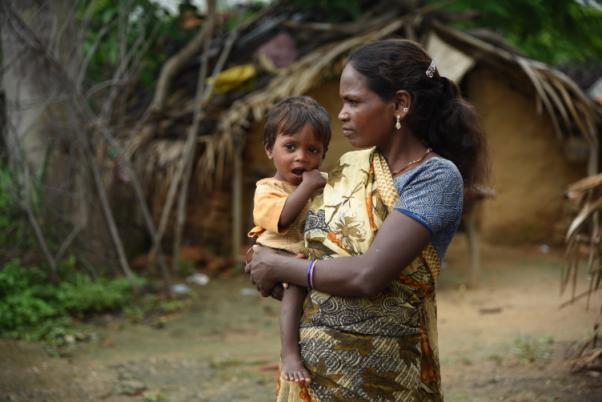 165 million – Census 2011 data states that this is the number of children in our country under the age of six. Out of them, 19.8 million are malnourished. That’s 12% of our children under the age of six on the backfoot with regards to health in their lives. Because who doesn’t know that the first six years of life is crucial for the health and development of children? 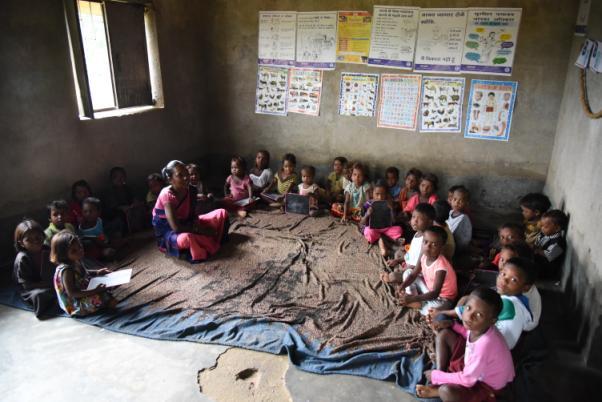 Pinky Birhor may be fighting a lone battle in her remote hamlet to do her bit for the children of her community. While we acknowledge her efforts this World Health Day, its perhaps time to stop and think about the other children who are not so lucky.

India Does Little As China Ups the Ante 6 hours ago

Coronavirus and People with Disabilities 7 hours ago

In Pictures: Walking Home 7 hours ago