A Madman or A Genius

“I do not know if we have awarded this degree to a madman or to a genius; only time will tell.” This famous quote brings to mind the one and only Gaudi and his distinct style.

When I think of Barcelona, Spain, the thought of Antoni Gaudi, the Catalonian architect born in 1852, always comes to mind. After all, the city is covered in the man’s work. In fact, Gaudi’s work over the years has irrevocably influenced the face of Barcelona architecture like none other before or after. Barcelona is considered the best outdoor modernist Museum of Europe.

Influenced primarily by nature, Gaudi played with a bevy of curved construction stones and twisted iron sculptures that are today one-of-a-kind in Barcelona and you’re not likely to see it anywhere else in the world either. He used coloured-tiles, often red, arranged in mosaic forms to add splashes of colour and dimension to his work and you will find these whimsical touches on buildings and homes all around his beloved city. 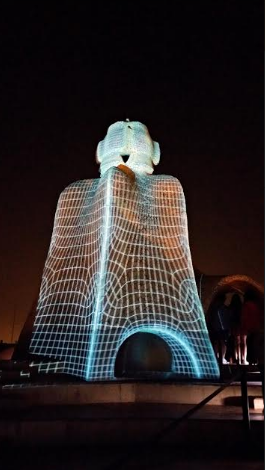 Barcelona is all about boasting Gaudi’s prowess too and a tour of at least a few of his most famous buildings is a must when visiting the city. The Park Güell, the Palau Güell, the Casa Milà-La Pedrera, the Casa Vicens, the Nativity Façade and the Crypt of the Sagrada Família, the Casa Batlló, and the Crypt of the Colònia Güell reflect an eclectic, very personal style to which Gaudi gave free rein in the field of architecture, as well as in the design of gardens, sculptures, and all the arts.

Indeed, Gaudi’s work during his lifetime, and certainly now, are admired around the world and if you have never seen one of his works of art you will know it by sight the second time.

His work is an exceptional and outstanding creative contribution to the architectural heritage of modern times. It is rooted in the particular character of the period, drawing on the one hand from traditional Catalan patriotic sources and on the other from the technical and scientific progress of modern industry. Gaudi’s work is a remarkable reflection of all these different facets of society and has a unique and singular character. 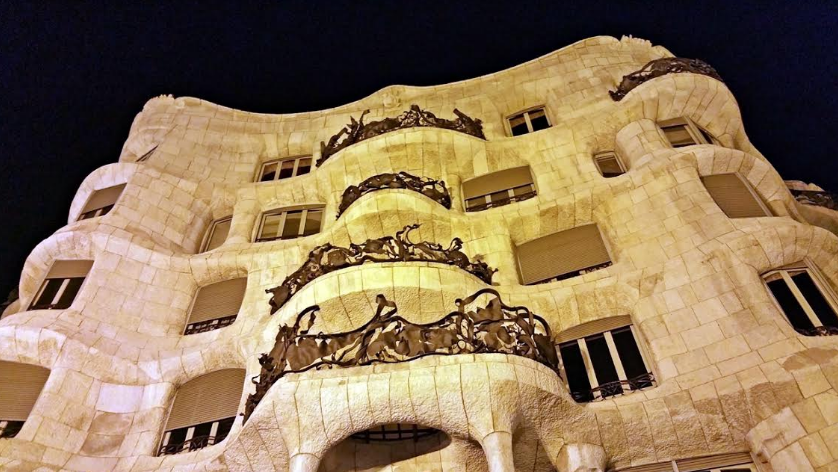 In fact, his works are particularly associated with Modernisme, and in this sense, Gaudi can be regarded as the most representative and outstanding of the Modernista architects.

The Palau Güell, originally a family home, is now a cultural and tourist facility that retains its architectural integrity, form, and original decoration. The Park Güell is still used as a public park and green space, the purpose for which it was designed; now combining this with tourist and cultural use, while conserving the original features in their entirety.

The Casa Milà-La Pedrera and the Casa Batlló, a pre-existing building remodelled by Gaudi, largely conserve their original design as apartment buildings, combining this in present day with other uses, such as offices and cultural and tourist facilities. Some monuments, such as the Casa Vicens, have retained over time both their physical appearance and their use as family homes. The Crypt of the church of the Colònia Güell is the only component to have been built as part of a larger project for the church. 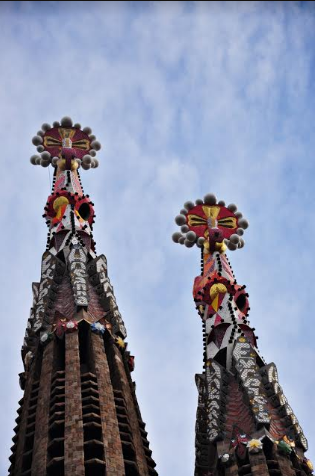 Subsequently, a temporary roof was erected over the Crypt. The present roof maintains the overall integrity of the Crypt as constructed by Gaudi. It also currently retains its use as the church of the Colònia Güell. In the case of the Sagrada Família, the integrity of the part built by Gaudi is intact. Furthermore, its current function as a church corresponds with the use originally intended, maintaining its religious symbolism and being a landmark for the city of Barcelona.

Construction work on the church is continuing at the present time. In general, all the buildings by Antoni Gaudi that are part of the serial property possess a fair degree of authenticity. Restoration works have reflected these qualities in the conditions for interventions.

Antoni Gaudi was born on the 25th of June 1852 in Reus, according to some biographers, although others claim that he was born in Riudoms, a small village near Reus where his family spent their summers. He came from a family of boilermakers, a fact that allowed the young Gaudi to acquire a special skill for working with space and volume as he helped his father and grandfather in the family workshop. 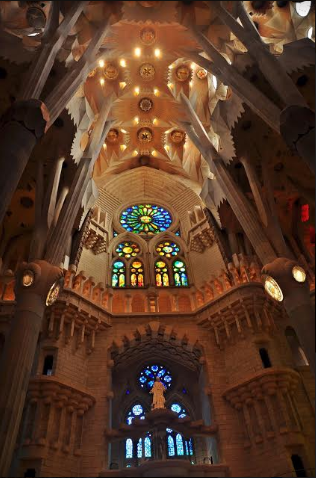 His talent for designing spaces and transforming materials grew and prospered until it eventually metamorphosed into a veritable genius for three-dimensional creation.

As a child, Gaudi’s health was delicate, which meant that he was obliged to spend long periods of time resting at the summer house in Riudoms. There, he passed many an hour contemplating and storing up in his mind the secrets of nature, which he thought of as his supreme mistress and ultimate teacher of the highest knowledge, being the crowning achievement of the Creator.

As such, Antoni Gaudi found the essence and the meaning of architecture by following the very patterns of nature and by always respecting its laws. He did not copy it, but rather traced its course through a process of cooperation, and in that context he created the most beautiful, sustainable and effective work possible through his architecture. Gaudi himself once said: “originality consists of going back to the origins.” 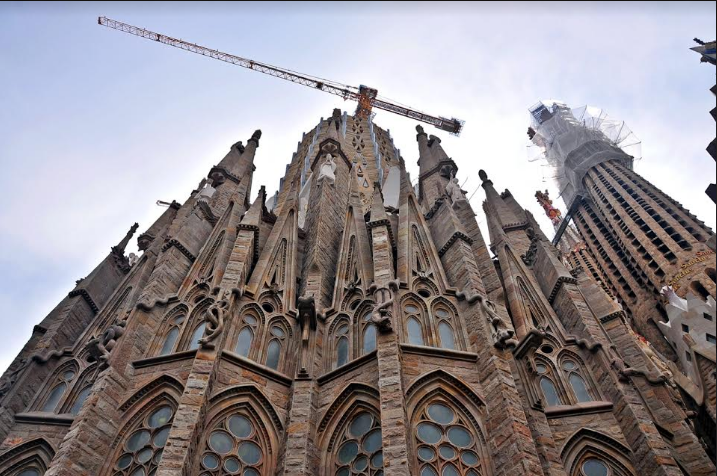 In 1870 he moved to Barcelona to pursue his academic career in architecture, at the same time working at various jobs to enable him to pay for his studies. He was an inconsistent student, but he was already showing some evidence of brilliance that opened doors for him, allowing him to collaborate with some of his professors. When he completed his studies at the School of Architecture in 1878 the Director, Elies Rogent, declared: “I do not know if we have awarded this degree to a madman or to a genius; only time will tell.” Undeniably, however, the young architect’s ideas were not a mere repetition of things that had already been done up to that time, nor could anybody receive them with indifference.

Gaudi died on the 10th of June 1926 after being knocked down by a tram while making his way, as he did every evening, to the Sagrada Família from the Church of Sant Felip Neri. After being struck he lost consciousness, and nobody suspected that this dishevelled old man who was not carrying any identity papers was the famous architect. 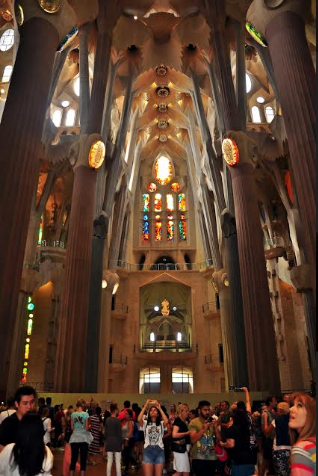 He was taken to the Santa Cruz Hospital, where he was later recognised by the Priest of the Sagrada Família. He was buried two days later in that very church, following a funeral attended by throngs of people: most of the citizens of Barcelona came out to bid a final farewell to the most universal architect that the city had ever known.

No Real Disengagement in Eastern Ladakh 10 hours ago

‘I Can Only Wish to Die’: Earnings Crash for Roadside Tea Vendors 14 hours ago

North East Not On the Vande Bharat Mission Flight Map