Devashish Makhija directed the chilling rape revenge tale ‘Ajji’, whose marvellous lead actor Sushama Deshpande won Best Actress award recently at the Indian Film Festival of Los Angeles. Makhija was poised from the start of Cannes to promote his new feature ‘Bhonsle’. The main thrust in doing so was the launch of the film’s poster at a sun-soaked deck gathering opposite the Majestic Hotel.

In full form and voice was his lead actor Manoj Bajpayee. Bajpayee is a familiar figure in Cannes, as he was here earlier for Anurag Kashyap's gangster thriller 'Gangs of Wasseypur' (2012). Makhija’s new film is as topical and relevant to the psychological turbulence of our times as his earlier films. It is based on a terminally ill policeman whose sudden retirement sends him into an abyss of loneliness and apathy. He then connects with a young migrant woman new to the neighbourhood, who is threatened in many ways. Bajpayee says he finds the role absorbing because of his characters deep struggle against inner nameless demons that he cannot even fathom.

The film lay hibernating for four years because its politically charged subject scared away investors. Makhija finally gathered together several individual producers who pooled in lesser amounts, which minimized their risk. The new producers, present in Cannes, are people who believe that cinema's strong, pertinent theses are relevant to our times. Bajpayee himself is an inspiring force in this effort, having for the most part taken roles that are difficult, demanding and deep in a way that ultimately serves to lift the film to newer emotional heights. He has played key roles in Bollywood biggies like 'Aiyaary' and 'Baaghi 2' and most recently, the soon-to-be released John Abraham-starrer, 'Satyameva Jayate'. ‘Bhonsle’ is in the final stages of post-production and its team in Cannes is exploring sales and marketing prospects. 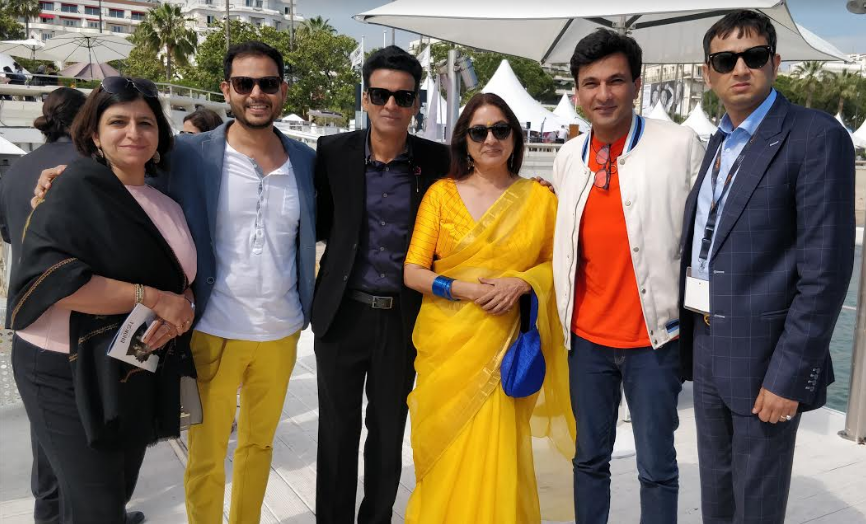 The feisty, irrepressible stage and screen veteran Neena Gupta, looked breezy in her eye-catching yellow sari, as she promoted celebrity chef Vikas Khanna's directorial debut, ‘The Last Colour’ for a hectic few days in Cannes, where film’s trailer was screened. Khanna’s novel of the same name was written years ago but kept unpublished. He strongly felt that he should first make it into a film that he directed himself, a goal he has now achieved.

'The Last Colour' tells the story of Noor, living in Vrindavan who wishes to play Holi but tradition forbids her to do so because she is a widow. Noor meets a young tightrope walker, Chhoti, and the film traces their impact on each other’s lives. National award-winner Neena Gupta is Noor, while Aqsa Siddiqui plays Chhoti. The teaser hints at trauma, angst and violence and proclaims that the film is about “a victory of the human spirit”. 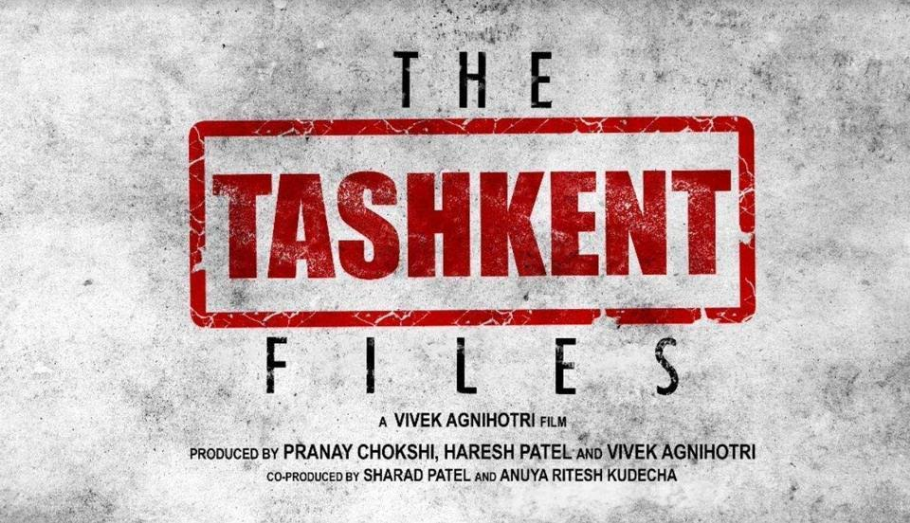 In Cannes, filmmaker and CBFC member Vivek Agnihotri announced the making of his film, 'The Tashkent Files', on the mysterious death of India’s second prime minister, Lal Bahadur Shastri in 1966. The trailer emerged as a historical thriller that played out as a courtroom drama. The film’s star cast has Naseeruddin Shah, Mithun Chakraborty, Mandira Bedi and Agnihotri’s wife, Pallavi Joshi. Film director, producer and screenwriter Agnihotri has worked in genres that include thrillers, sports and political drama, erotica and romance. With degrees from Harvard University and the Indian Institute of Mass Communications, he made his directorial debut with ‘Chocolate: Deep Dark Secrets’ (2005). He went on to direct and produce ‘Hate Story’ (2012) and ‘Junooniyat’ (2016), starring Pulkit Samrat and Yami Gautam. 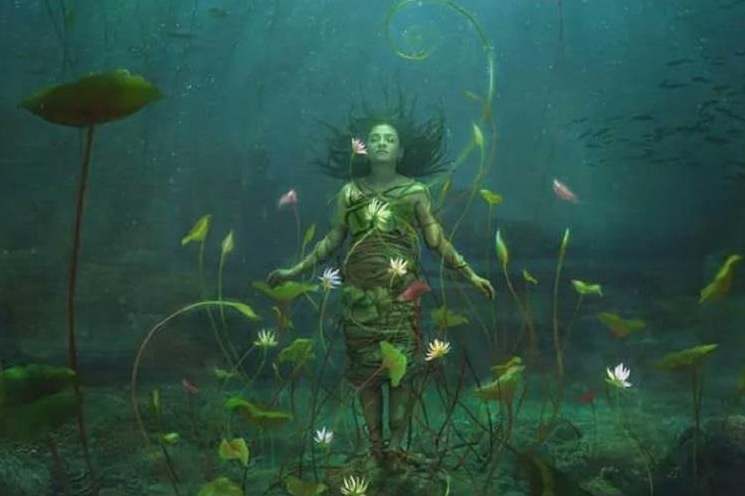 The veteran filmmaker from Kerala, Shaji N Karun, honoured in Cannes with the Caméra d'Or for his debut work ‘Piravi' (1988) and later for the Indo-French-German co-production 'Vanaprastham' (1999), is in Cannes as a member of the Government’s film delegation (which also includes Jahnu Barua). He is ready with his new film, ‘Olu’, which follows an aspiring painter who falls in love with a young girl he cannot see, as she is destined to live underwater for ten full moons. The girl was gang-raped and thrown into the Kerala backwaters, where she is then rescued by a Buddhist nun. Produced by AV Anoop under his home banner AVA Productions, the film stars Shane Nigam and Esther Anil, Kadambari Shivaya and Kani Kusiuti. 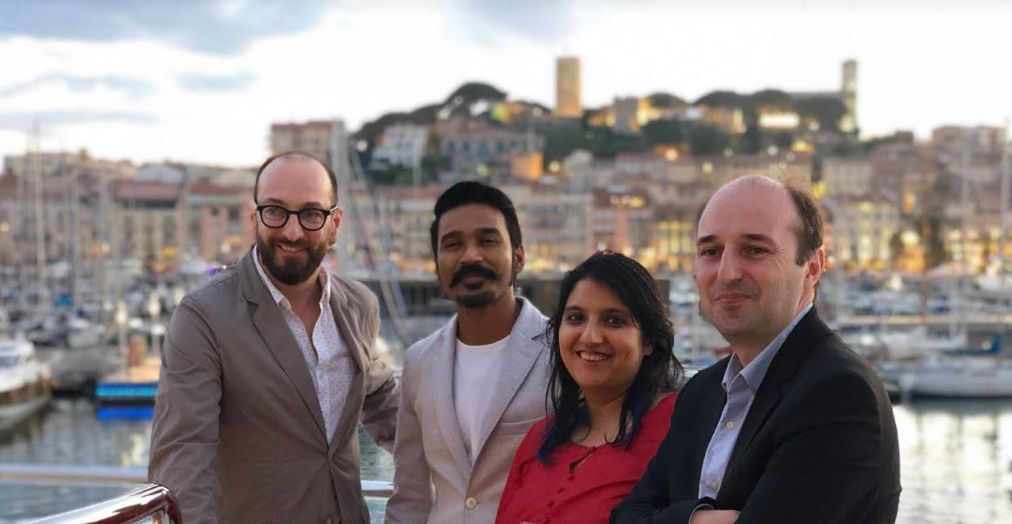 Dhanush K Raja is promoting his debut Hollywood venture 'The Extraordinary Journey Of The Fakir' at Cannes 2018. The 'Raanjhanaa' hero was accompanied by his director, Ken Scott. The film, based on Romain Puertolas' book The Extraordinary Journey of the Fakir Who Got Trapped in an Ikea Wardrobe, explores the journey of a young boy on a search for his missing father as it takes him through Paris, Spain, Rome, and Libya. Other lead actors in the film are Bérénice Bejo, Barkhad Abdi, and Erin Moriarty. Dhanush’s Wunderbar Productions is backing both, Rajinikanth’s new film 'Kaala' and his own Hollywood debut, 'The Extraordinary Journey Of The Fakir', which is being made in several languages. 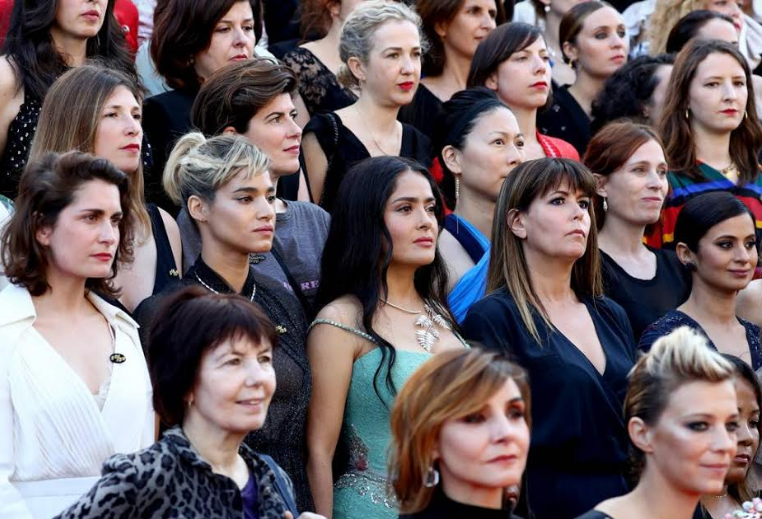 Competition jury members Cate Blanchett, Kristen Stewart, Ava DuVernay, Lea Seydoux and Khadja Nin; directors Agnes Varda and Patty Jenkins along with actresses Salma Hayek and Jane Fonda, were among the 82 female industry figures who staged a silent walk up the red carpet on Saturday night to highlight the lack of female participation at Cannes over its 71 editions' films. In contrast to their 82, an estimated 1,645 films directed by men have been picked for the prestigious festival lineup.

Meanwhile, Cannes holds its own ​with its ​prized ​2018 showcase of films.