The Bitter-Sweet Story of Roshan Lal in Bijbehara

“My entire family is in Jammu but I feel at peace here.”

BIJBEHARA: An old house wearing a deserted and haunted look stands tall on the main road of Thajiwara village in Bijbehara, South Kashmir. The three storey house was once bustling with life and activity but now it has become a symbol of loneliness and gloom. Once housing 25 members of a Pandit family, the dilapidated structure is home to only one of its members now, Roshan Lal Pandit. Rest of the members either died or eventually left for Jammu.

Roshan Lal, a short sturdy man in his fifties is struggling to make his two ends meet. A radio mechanic for more than 30 years, he has stopped working due to some health constraints. He spends his days in doing small household chores and chatting with his Muslim friends and neighbors.

“My entire family is in Jammu but I feel at peace here. Recently I was in Jammu for a month for my daughter’s wedding but all the time I was thinking of home. One is not supposed to leave its roots/home, come what may!” Lal said. 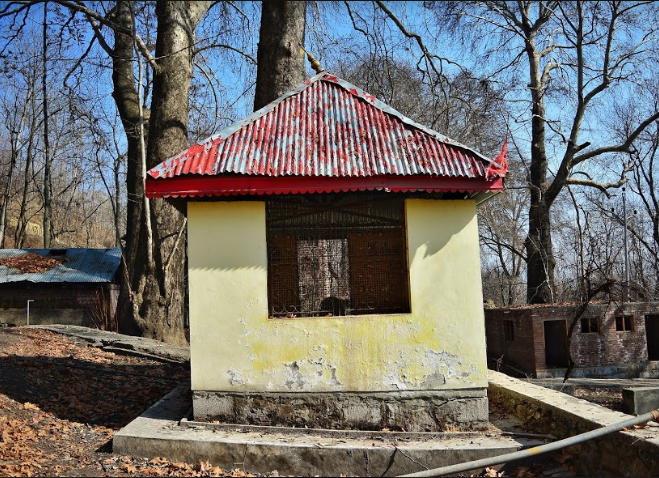 He believes that most of the Pandits who left Kashmir in nineties were scared that something bad might happen to them. Some incidents of violence against Pandits did take place, creating an atmosphere of fear among the community. His own cousin who was a teacher by profession was labeled as a CID agent by some unknown persons, compelling him to leave Kashmir.

During the heydays of militancy in Kashmir, Roshan Lal along with his old parents lived peacefully, without any security for 10 years. He was allotted security by the state in 2000 only after the Chattisinghpora massacre, in which 36 Sikhs were murdered by unknown gunmen in Anantnag.

“At times, militants in large numbers would parade the streets like civilians do but I was never threatened or harmed by anyone. In fact many among them ensured my safety and motivated me to stay.” Lal said.

Living in the volatile south Kashmir which witnessed most of the violence and killings in 2016 mass uprising, Roshan Lal didn’t even think of leaving Kashmir a single time. When asked if he felt threatened by anyone, he said, “I have peacefully lived in far more turbulent times than the previous year, why would I feel threatened? Although one day a group of young boys from a neighboring village pelted a stone and broke my kitchen window but everybody knows they were drug addicts.”

Throughout the turmoil of the Kashmir conflict the villagers have stood by him. The camaraderie and mutual love Roshan Lal shares with the villagers keeps him going.

Beautifully dotted with myriad warm and sweet memories of communal love, Lal’s memoryscape has an ugly wound of human greed and state apathy which hasn’t stopped festering till date. More than a decade ago, a Muslim neighbor illegally occupied his land (approx. 3 kanals) and is still holding onto it. In a legal fight to get the land back, Lal enjoys the support of the entire village.

“I have invested lakhs of rupees and more than a decade of time in the case but nobody is listening to my pleas. I am on the verge of getting bankrupt.”

Lal sent the case to the State Forensics department some years back and got a report rubbishing the opposition’s claim over the property. The forensic report clearly states that the signatures on the papers are fake. 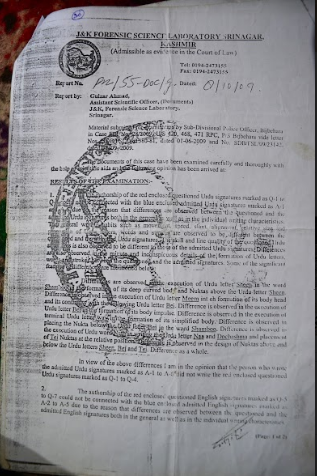 “The neighbor in collaboration with local officials has made newspapers of the land in 2009 with my father’s signatures on them while as my father died in 2004. I have documentary proof for that.” he said.

The neighbor, according to Roshan, has bribed the officials of local Tehsil, police station and courts who ultimately are making the case harder for him. Among all the bitter memories about the case, an incident happened which he says, he will never forget.

“They tried to get me killed by bribing a local militant commander with a bagful of money but he refused straightaway. The commander came to me later and assured me my safety and justice regarding the case.”

Only few months after the incident, the commander was killed in an encounter in South Kashmir. Lal has sent several letters of pleas to former Chief Minister Late Mufti Muhammad Syed, Prime Minister Narendra Modi and current Chief Minister Mehbooba Mufti but, he says, no response or help has been delivered so far.

“I have lost all faith in the status quo and have stopped voting in every election a long time back. Why should we put my faith in people who can’t deliver justice in any case, whatsoever!”