The very mention of “nudity” within Indian films raises the hackles of the Censor Board of the country, including the regional branches.

The same applies to a major slice of the cinema audience, which is as hypocritical and as much of a moral police as the CBFC.

Nudity, for some inexplicable reason, tends to attach itself to the female of the species and so, the unclothed and uncovered woman’s body becomes the centre of a never-ending debate. Nudity in cinema across the world is either used as titillation and a major way of sensationalising and sexualising the female body in forms of complete undress, or, to paint the woman character as a martyr and victim of circumstances in a patriarchal world.

The focus on nudity has surfaced in a way distanced from nudity normally seen in Indian films such as Rang Rasiya, Gandu, Cosmic Sex, B.A.Pass and so on where it could be interpreted as attempting to draw eyeballs through titillation while pretending to narrate genuine and ‘different’ stories.

Govind Nihalani’s film Party never had a theatrical release because the censors objected to a nude scene picturised on Rohini Hattangadi which then, was released on television with that scene clipped out. Even when partial nudity of a female character is depicted in a socially relevant manner such as in Leena Yadav’s Parched, the producers were a bit wary.

Partial nudity in a blink-and-you-miss-it scene in Ketan Mehta’s Maya Memsaab drew a lot of flak against both the filmmaker and the lead actress Deepa Sahi. The film could have done without that scene as it did not seem relevant to the story nor did it turn out to be a trick to pull in the crowds.

The debate around nudity arose around the Marathi film Nude directed by Ravi Jadhav, a National Award winner for his earlier films. Jadhav’s earlier films are Natrang (2009), the National Film Award-winning Balgandharva (2011), the acclaimed comedy Balak-Palak (2013), and the blockbuster Timepass (2014).

A former student of the J.J. School of Arts in Mumbai, Jadhav experienced in first person, that the nude female body for the art student was just a model to be used as an agency for his/her paintings, sketches, sculptures and so on in different ways and not someone to be ogled at or looked at as a sex object. This motivated him to make Nude, a bold story of two nude models who are forced to pose in the nude for the art students of the J.J. School of Arts. They are victims of poverty because nude modelling in an art college or for a painter is not a choice for Indian women and those who do step into this profession do it out of economic compulsion. 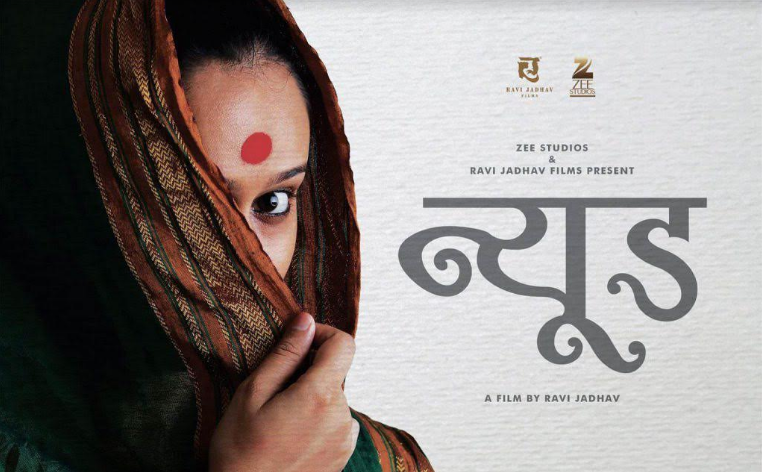 Nude ran into problems when the Ministry of Information and Broadcasting dropped it from the Indian Panorama at the International Film Festival of India in Goa 2017 though it was selected as the opening film. But it is bagging accolades abroad and has been panned favourably by most critics. But Nude is not the first Indian film to focus on female models who pose in the nude for money for art students and artists. Few are aware of a Bengali film called Parampar that narrated the story of two female models bonded by blood ties, one the grandmother and the other her young grand-daughter who step into nude modelling because of penury.

Pranab Kumar Das’s maiden directorial venture Parampar (2003) was destroyed before release because of its bad publicity. Hyped as “the first Bengali film featuring a nude,” Parampar explores the tragedy that defines the life of artist’s models who are forced by their penury to pose in the nude. Based on a short story by Harsha Dutta, Parampar narrates the story of an ageing grandmother Amolina (Baby Sirkar) and her teenaged grand-daughter Buli who find a common bond that reaches far beyond blood ties – poverty. The grand-daughter (Shubhra Das in a good debut) is persuaded to step into the profession that her grandmother once belonged to, and she too, becomes a nude model for students of the Government College of Art in Kolkata.

The older woman was forced to model in the nude when her husband committed suicide, leaving behind a small son. But this alienates her from her son forever, who never talks to his mother again, yet does not balk at living off her earnings. The bonding between and among four women spanning four different generations comes across lucidly, thanks to the script. The script however, is grindingly slow and is further marred by some of the longest takes of a single scene one has recently seen in Indian films.

The opening shot of Rumi, the neighbour’s little daughter playing hop-scotch all by herself goes on and on, making for a tedious introduction to an explosive theme – nude modelling for reasons of poverty. Rita Dutta Chakravarty as Buli’s angry mother performs well. Parampar is no great shakes as a film, but it remains a pioneer in making a film that revolves around the lives of four women engaged in nude modelling in an art school.

The real story of the director Pranab Das and the leading lady Shubhra Das is a sad one. The director never made a film again and the actress faded into anonymity. Subhra did not get even one offer from any of the Tollywood directors or producers. "No one gave me any film offer here, not even for another bold scene," said Subhra. Their film careers began and ended with the film.

Ironically, the ‘nude’ scene comes only in the climax and the girl’s long hair takes care of the slightest hint of indecent exposure. Das has not compromised to market demands at any point. But sadly, courage does not necessarily have the merit of changing the qualitative status quo of a film or the power of carrying the film on its shoulders. The stories of Nude and Parampar run along similar lines. The women in both films are forced to step into nude modelling for basic survival needs.

Yet, they are ostracised by their own family members – Yamuna, in Nude, by her own son and Amolina in Parampar by her own daughter who cuts off from her mother and daughter at one stroke because they are into this ‘dirty’ profession. While Nude has a real role model in the shape of Laxmi, a real nude model who has been modelling in the nude for art students for 30 years, the director of Parampar says he too, based his film on a nude model but refused to disclose her identity.

Since Parampar was made in 2003 and is 14 years into the past before Nude, it does not show the evolution of the woman from guilt to confidence like Nude shows with Yamuna. She empowers herself as she moves slowly and steadily from guilt to confidence and like Laxmi, perhaps even begins to like the profession she is in, nothing of the sort happens to the women in Parampar. The film ends with the same tragedy with which it begins. Except for one thing – Buli, the granddaughter who is initiated by her grandmother into modelling, shows hints of pride and confidence as she looks back from her podium into the camera. 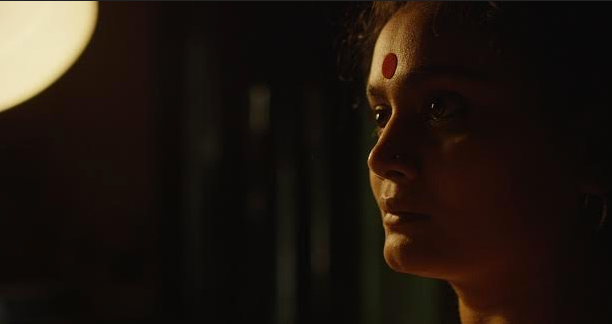 Why is female nudity in films taboo when female nudity for artists, sculptors and painters not questioned or critiqued? How is it that the concern is not with the artist who chooses to use nude models, particularly women, as his objects for creative expression just like he uses fruits and flowers for his Still Life paintings but is with the female model who sheds her clothes firstly to keep body and soul together and secondly, to become an instrument for her artist’s art?

Our ancient frescoes and murals in the caves of Ajanta and Ellora and Khajuraho and Konark are flush with paintings and sculptures of buxom female figures covered only in heavy jewellery and are topless in most murals and sculptures. But no one raises an eyebrow or accuses these of obscenity. Then why target women who model in the nude and women who act as nude models in films?

The ethics of nudity raises questions about gender. There is no film on male models and even the media writes only about female art school models though male nude models are also a part of the art school scenario. Why? Why can’t nudity be an aesthetic and artistic expression without making the woman a victim, a martyr or a subject of camera and audience voyeurism?

Nudity in Indian cinema is welcomed by the audience when it is used for titillation. But when it is used to narrate a sad story of a woman forced into nudity to keep body and soul together, no one seems interested. And the director’s aim in making a film that dwells largely on female nudity tends to be questioned. Nude is beautifully cinematographed with some telling sequences between the two women, the older one who initiates Yamuna into nude modelling and Yamuna herself. There is one telling sequence in which Yamuna pulls the mangal sutra off her neck and the black beads litter the floor.

We seem to glimpse that small spotlight at the end of the dark tunnel. Women in theatre are casting away all social and professional taboos to do justice to a given role if it needs them to strip partially or completely. Kalyani Mulay, who performs the main role of Yamuna in Nude, is a National School of Drama pass-out and she has no compunctions of shedding her clothes if necessary, for the stage which is tougher than doing it for the camera for an audience distanced from the actor through time, space and proximity.

A few years back, she portrayed a role in the play unseen directed by Vishnupad Barve. For the role, she had to wear a short white dress over a pair of shorts while the character she played went through the entire gamut of female rituals ranging from menstruation, depilation and dressing up. In a ‘shocking’ scene, she also throws her legs apart and pulled up to her neck and her mouth contorted. “There is this huge taboo on girls sitting with their legs apart. But as I was rehearsing this particular scene, I realised that it could mean anything from childbirth through rape to having sex.” Or, like the young actress Mallika Taneja who shocked everyone with her portrayal in a play called Thoda Dhyan Se, modelled on the the Shakti Mills rape when a whole lot of questions were raised about the survivor's clothes and her lack of wisdom in walking into trouble. (Malini Nair, Times News Network, February 23, 2014.)

We still need many more such Kalyanis and Mallikas in an India where women enter into nude modelling for artists and painters of their own volition and not because their husbands beat them black and blue and spit into their faces or because they have no education or training to do anything else. Why must every story of a woman’s transition from guilt to power be backed by a sad story of poverty, violence and ostracism?