Football Fever Takes Over Darjeeling 'The World Cup Town', But For a Cause

DARJEELING: Football has always been a popular sport in Darjeeling, but the picturesque hill town has embraced the 2018 World Cup with reignited passion. The flags of the 36 countries participating in Russia are in full display across Darjeeling, and the hill town has associated to the massive sporting event with a humanitarian cause.

Deven Gurung is the man who conceived the idea of Darjeeling as a World Cup Town. The inspiration was a seemingly unrelated project known as ‘clinic on wheels.’ 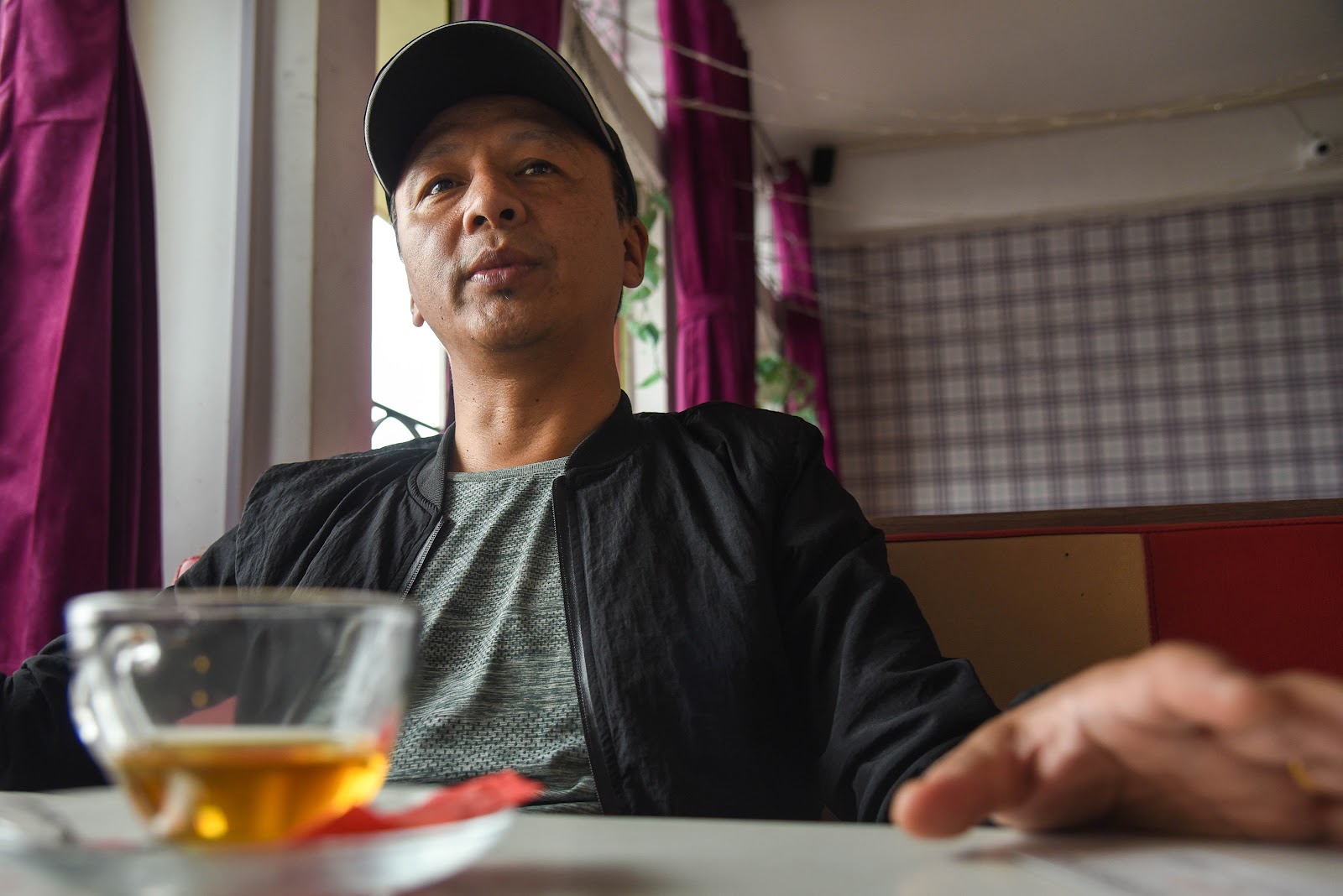 Deven Gurung - the man behind it all

And just how did a health clinic lead to football fever overtaking the entire hill station?

The organisers looking to put together a mobile clinic that would reach people in the far flung areas of the Darjeeling Hills needed to raise money for the project. The idea of an event centered around the World Cup emerged from the discussions, and ‘Darjeeling, the World Cup town’ soon went from being a fundraising event to a viral phenomenon that has taken over the hill station. 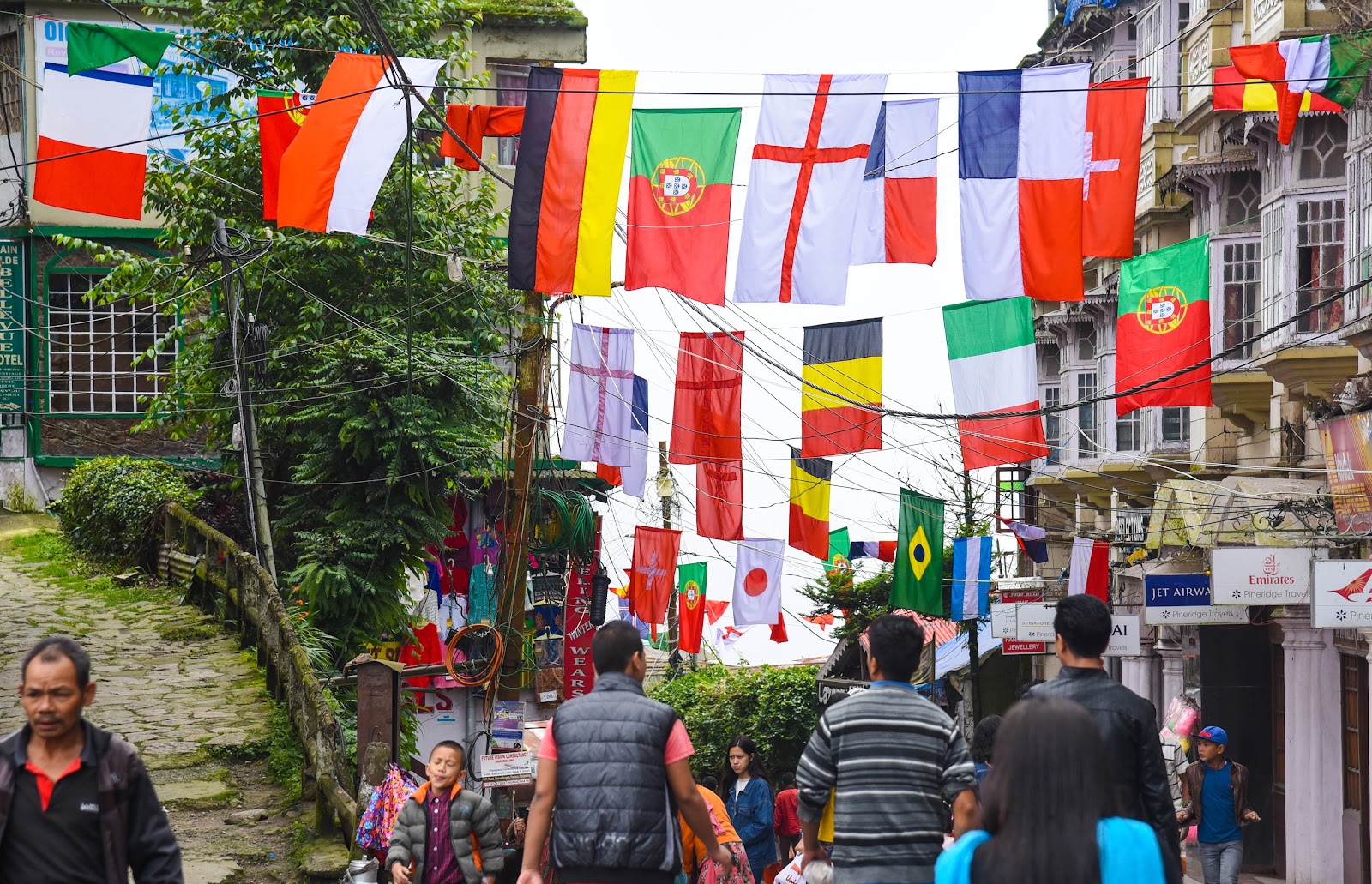 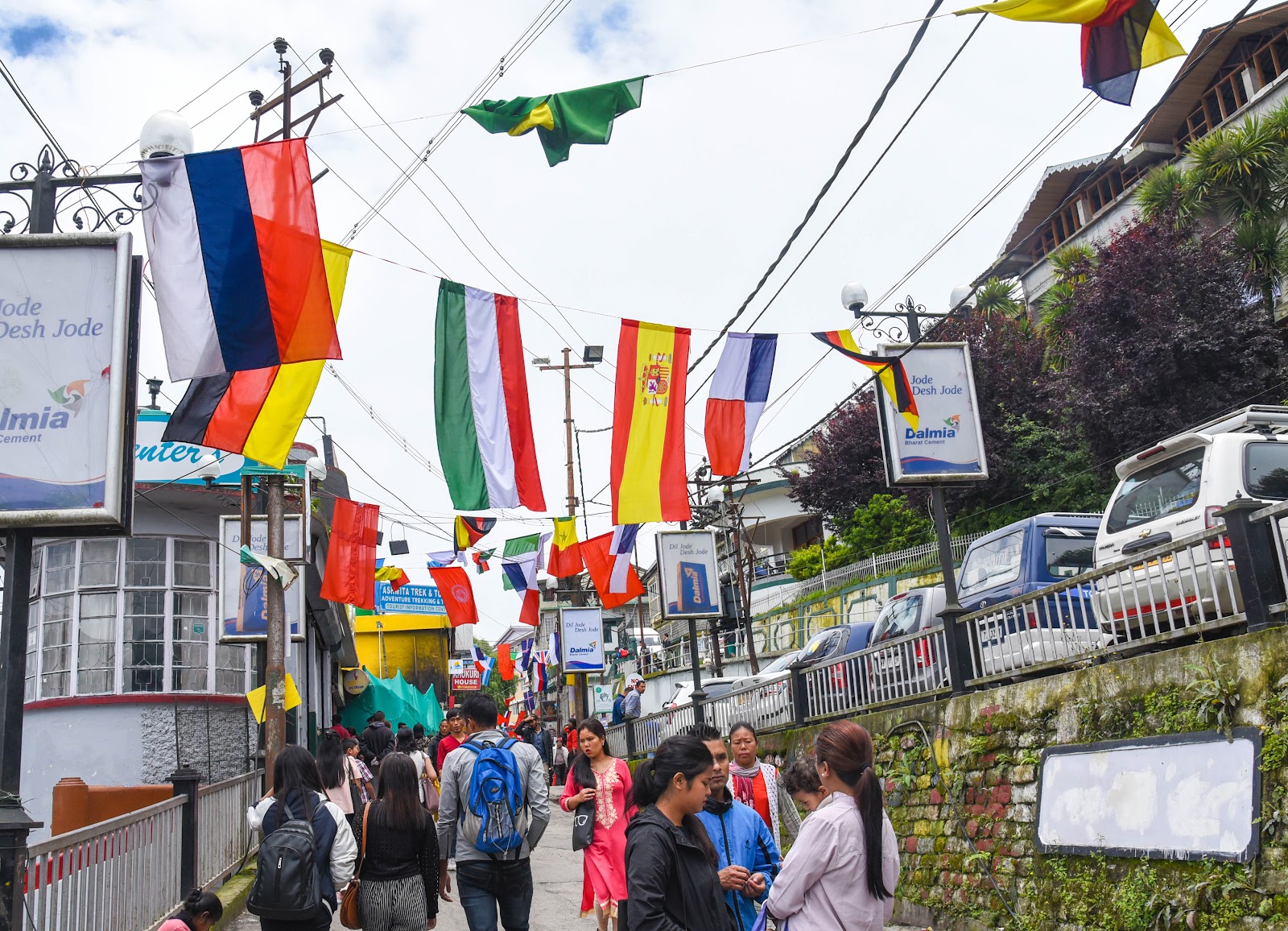 Let’s start at the beginning…

‘Clinic on wheels’ was conceptualised by the Darjeeling North Point School Alumni Association (DNPSAA). The organisation is involved with humanitarian work in the field of health and education. They have sponsored education of several girl children belonging to economically marginalized families. “Every year we participate in the winter camp organized by our school, St. Joseph’s School, North Point, where more than 700 children from poor families are welcomed to North Point school and imparted education and given training in various vocational activities like classical singing, dancing, origami, yoga, zumba, football training with course certificates and provide meals to them every day,” said a member of the Alumni Association. 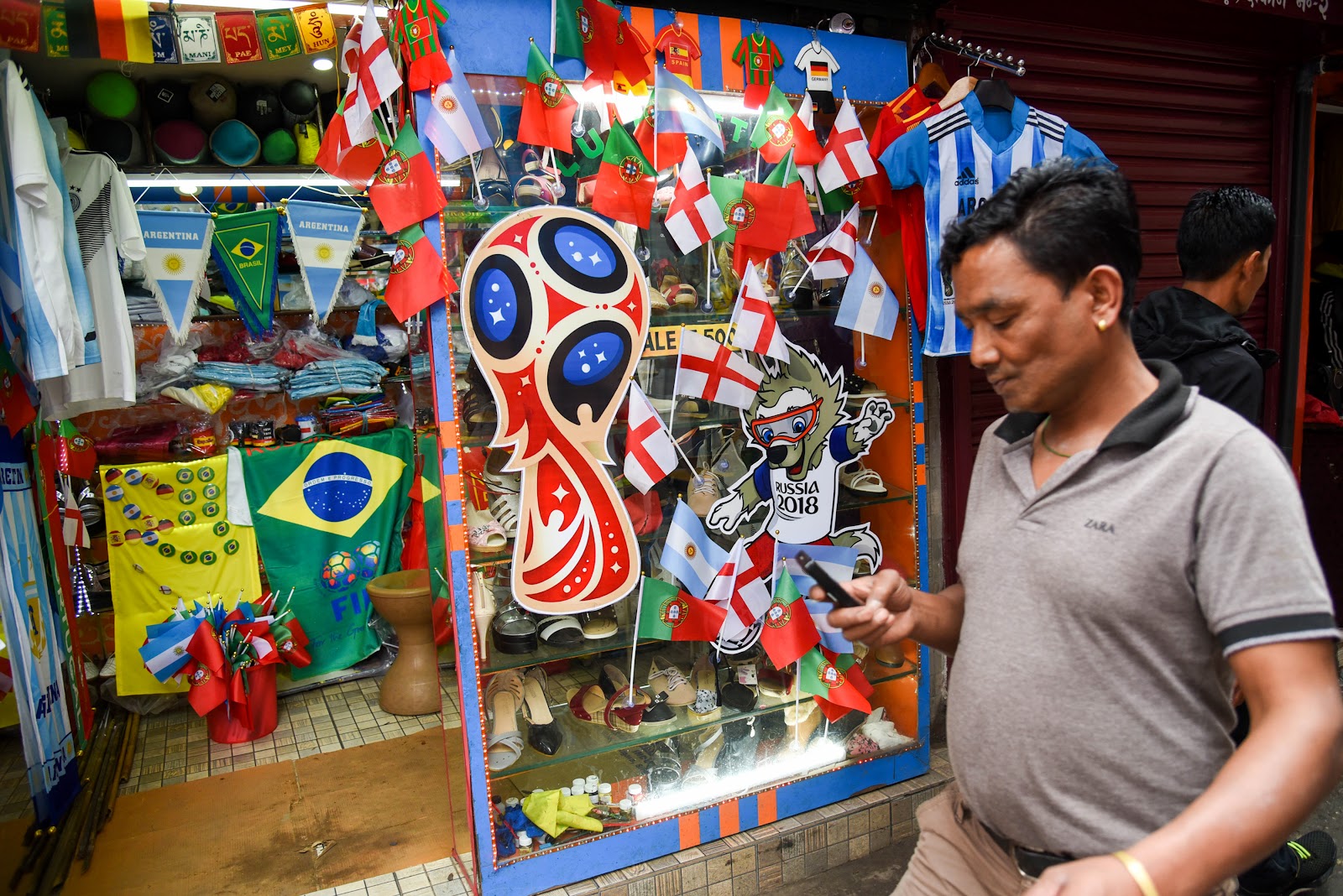 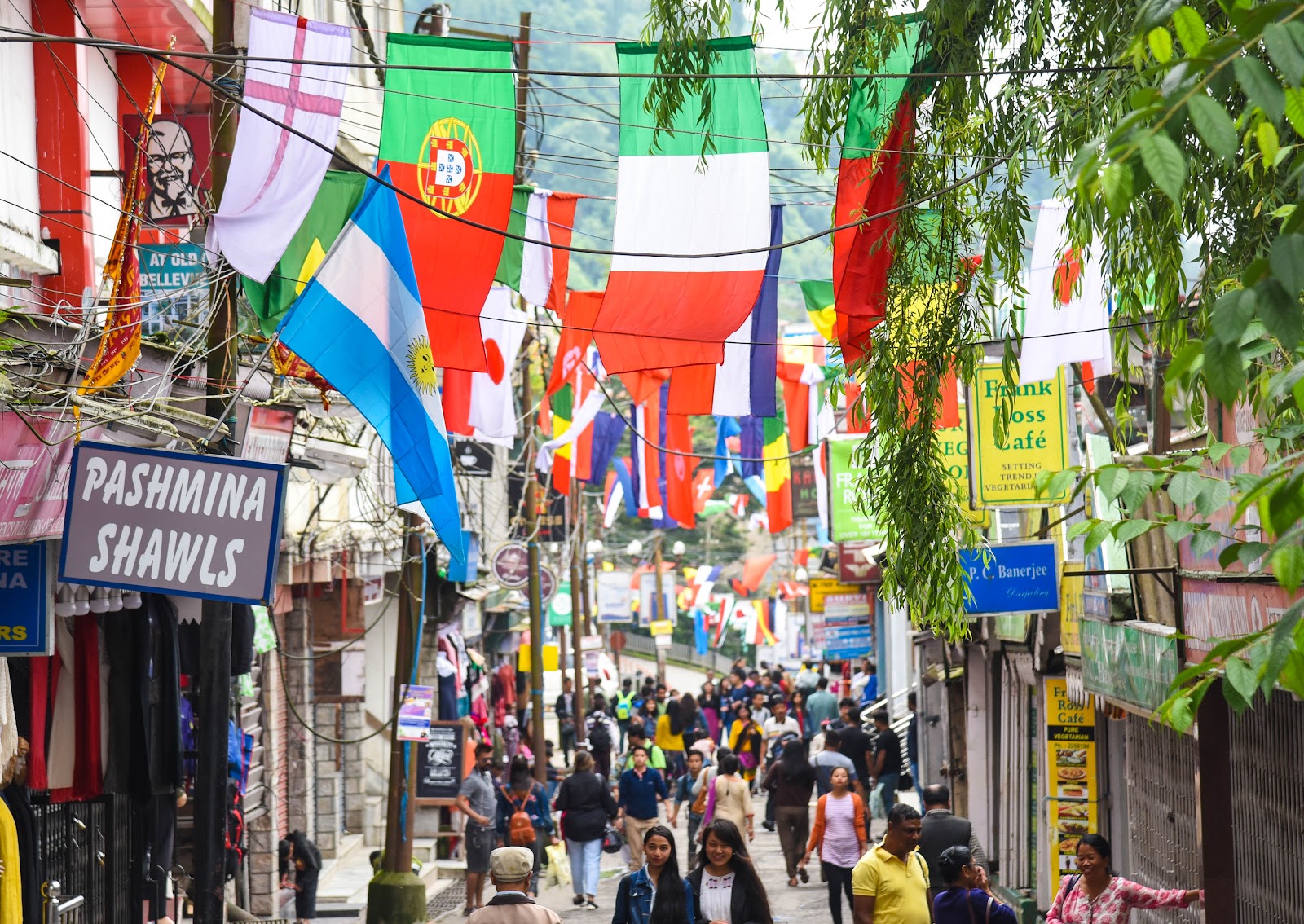 The far flung areas of Darjeeling Hills have a huge population who cannot afford to come to the town and cities for medical check-ups and don’t have money to spend on medical tests. For them the cost of transport, doctors fees and medical test expenses is prohibitive. Due to lack of basic medical care many lives are lost. So DNPSAA in association with D&DMA came up with the ‘clinic on wheels’ project.

This is basically an ambulance vehicle fitted with a medical testing lab. This lab will be capable of providing 40 types of medical tests. The mobile clinic will visit remote areas of Darjeeling Hills with a doctor, a nurse and a lab technician. Poor people suffering from illnesses will be provided with medical care, and wherever necessary tests will be done and reports given to them then and there. They will be given proper guidance for further medical follow-up. 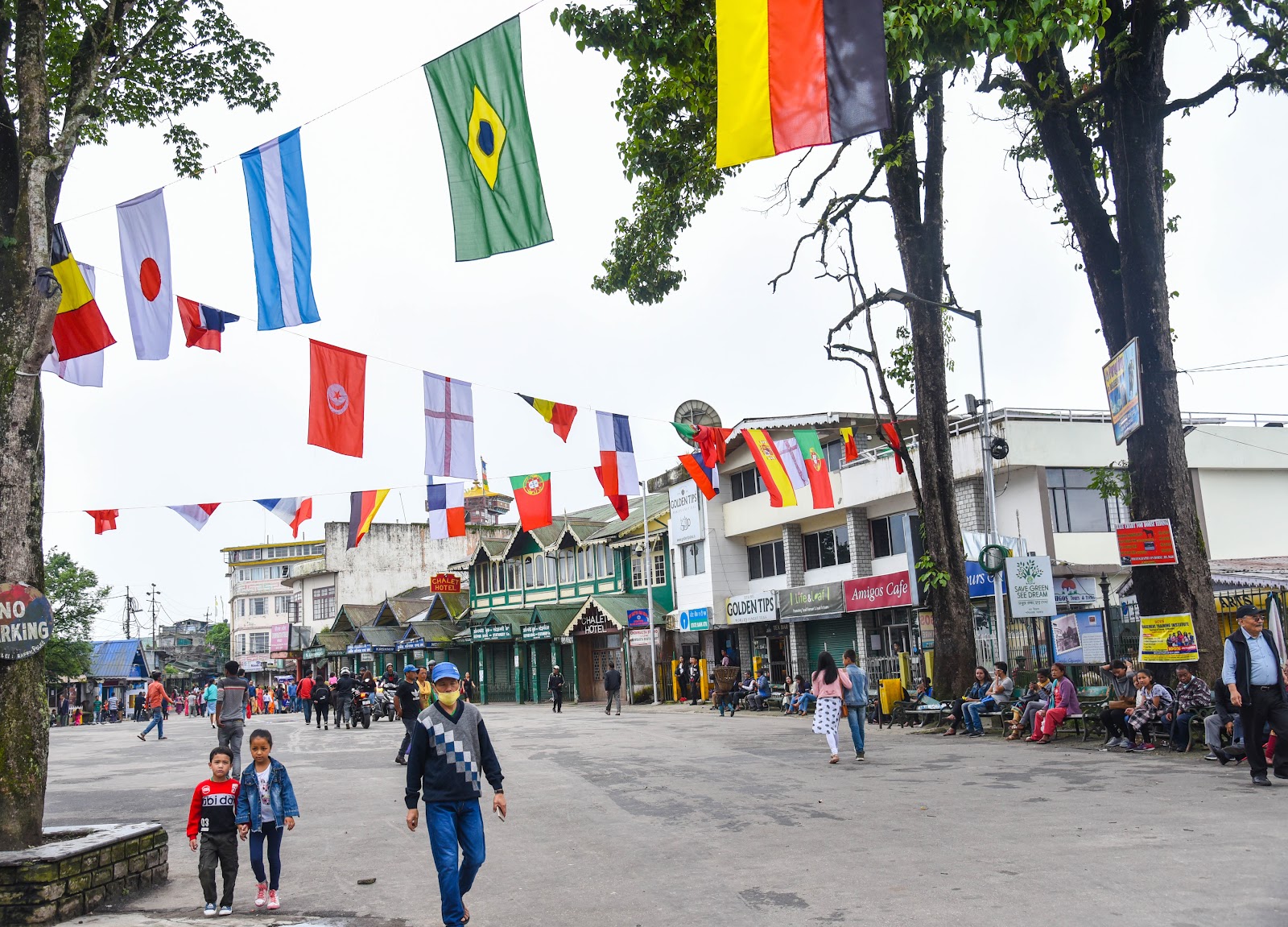 ‘Darjeeling, the World Cup Town’ was initially thought of as a fundraising event -- with the goal being to raise enough money to set up the mobile clinic. 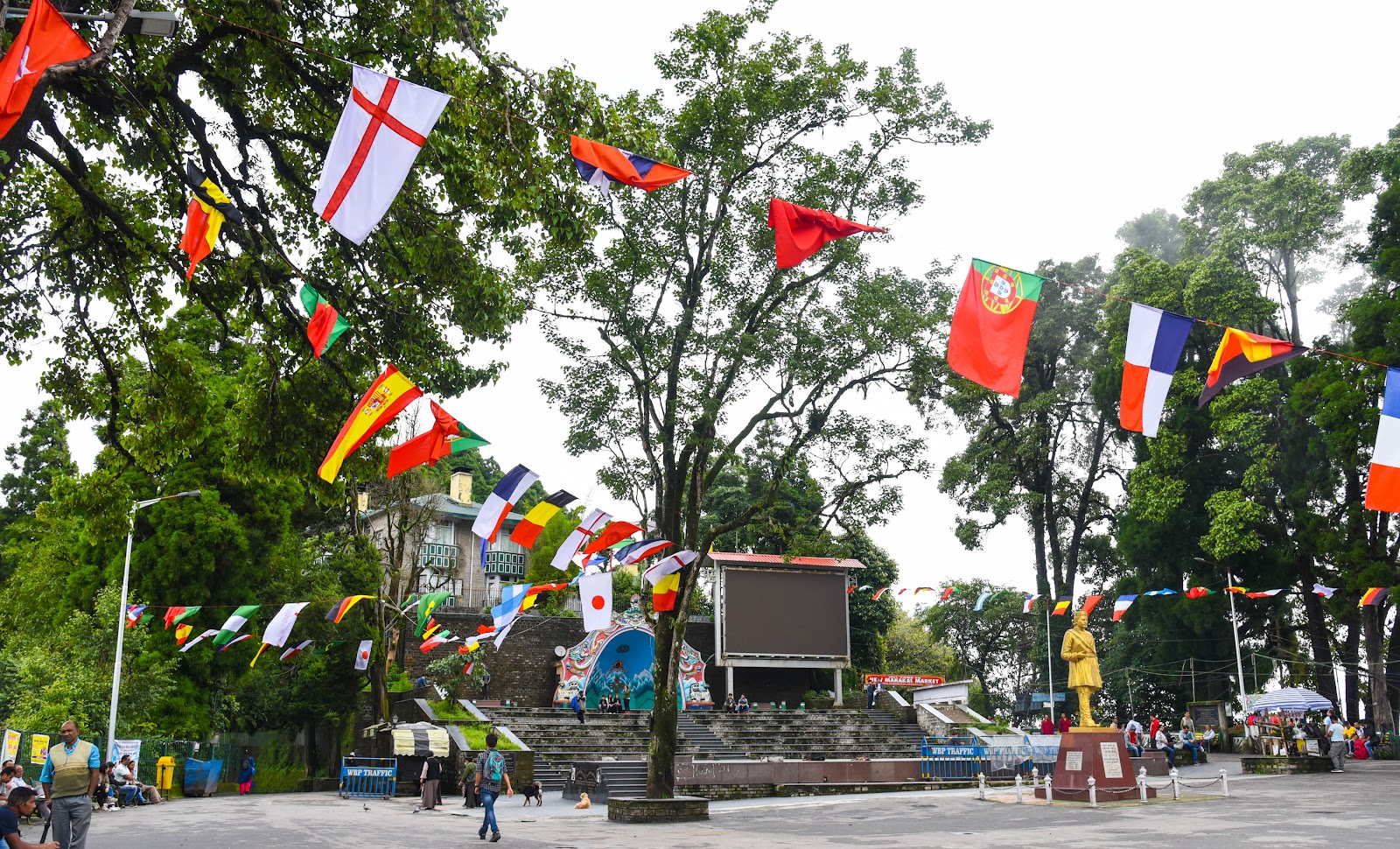 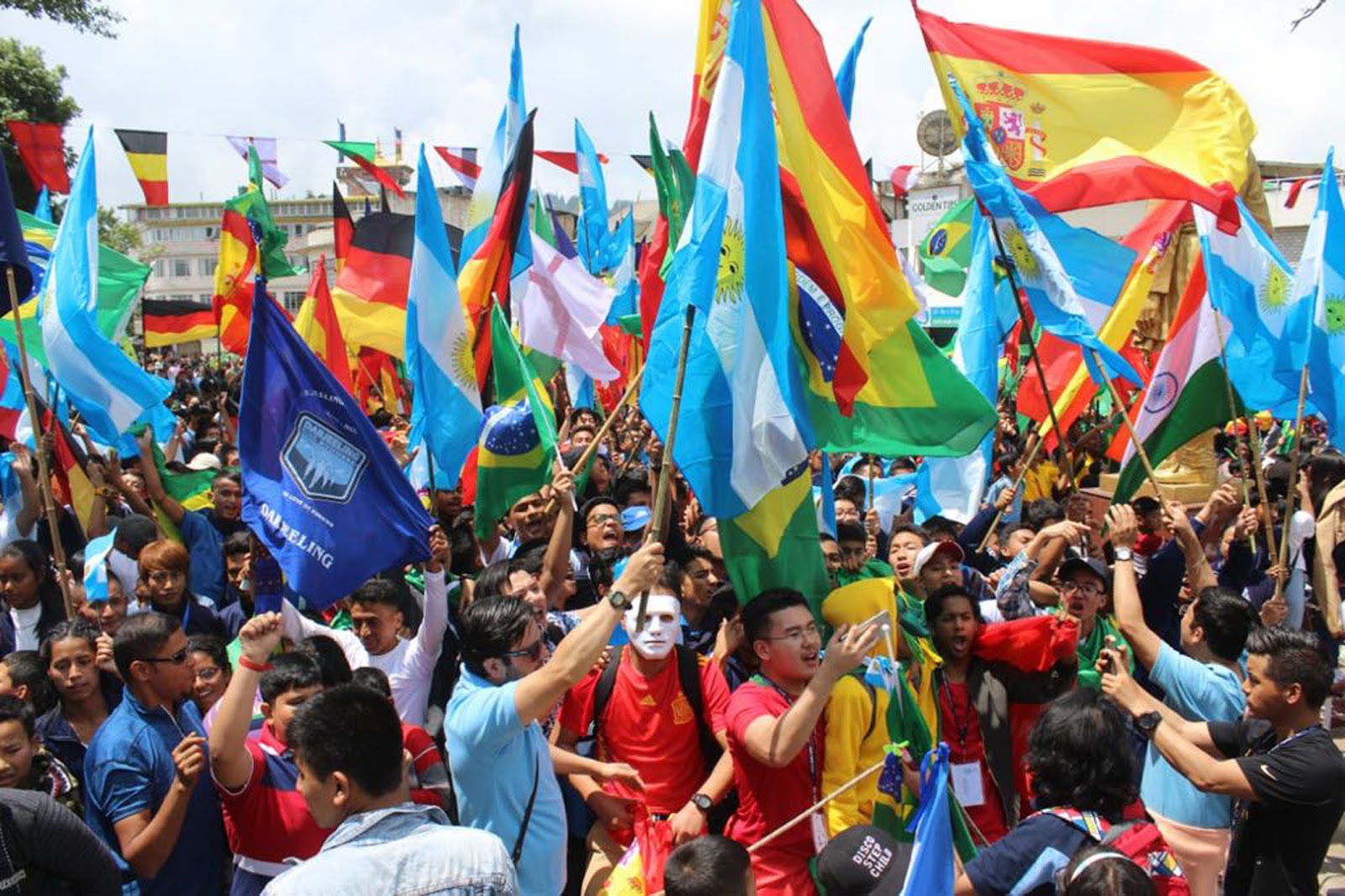 Deven Gurung, President of Darjeeling North Point School Alumni Association told The Citizen “First we invited heads of all educational institutions for a meeting in St. Joseph’s School on 2nd May 2018, and we shared our idea of ‘Clinic on Wheels.’ They were very forthcoming and promised to support us. They provided us the platform to talk to the students. We visited every educational institution in Darjeeling town and conducted school assemblies where we were able to sensitize the school children about the dire straits of our people living in the remote areas of Darjeeling Hills, and we shared our idea of the clinic on wheels. We appealed to every student to register for the event ‘Darjeeling, the World Cup town.’ For a registration of Rs.300/- we provided every student with a flag of the country participating in the FIFA world cup, a souvenir and a pack lunch. We instructed them to wear the jersey of the team they supported and participate in the football march with the flags they had received on registration for the event. The students were highly motivated and excited and they registered in huge numbers. We organized Cheerleading competition for the first time in Darjeeling. This drew more participation from the school children. More than 2000 students from schools in Darjeeling town registered for the event and took part in the football march.” 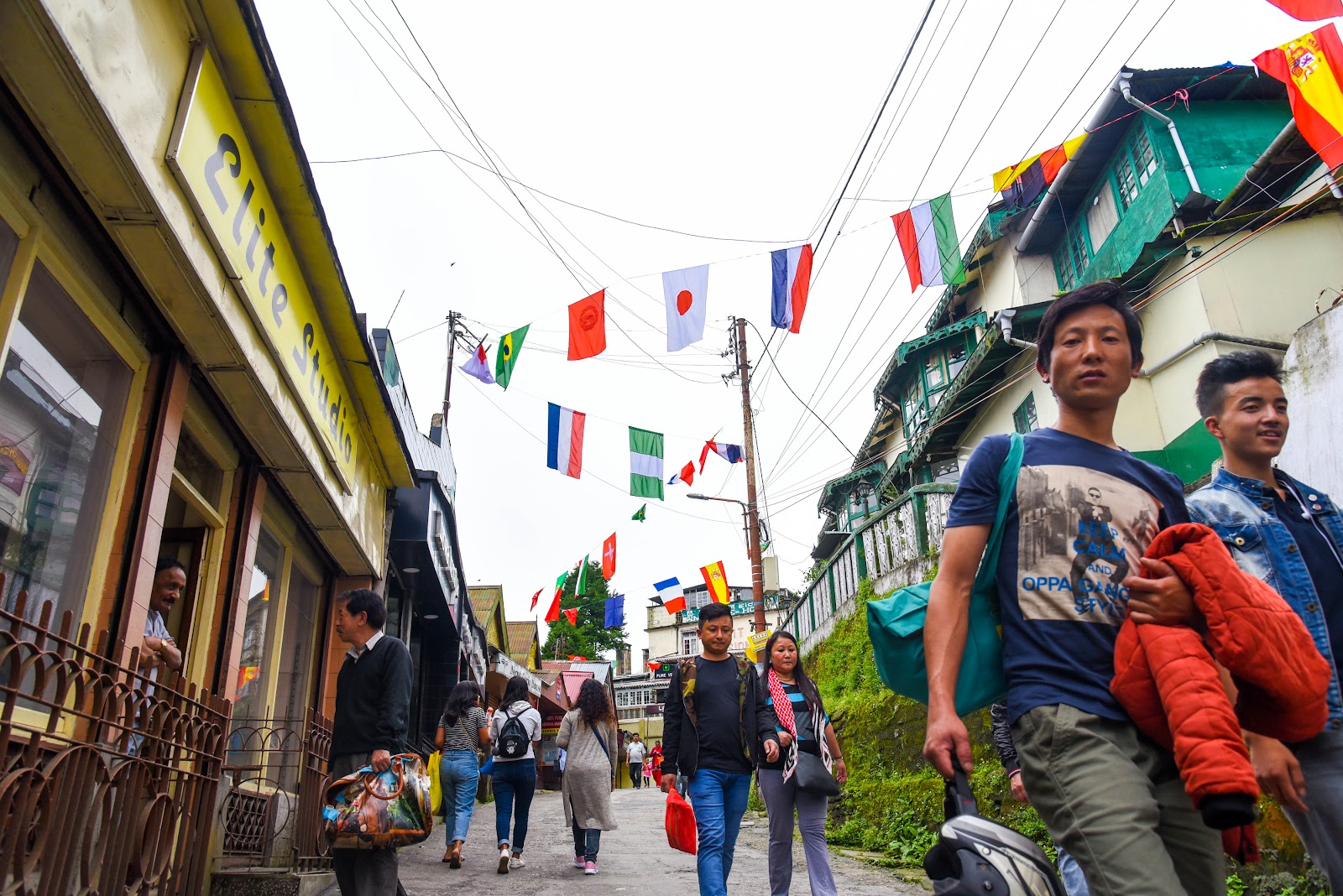 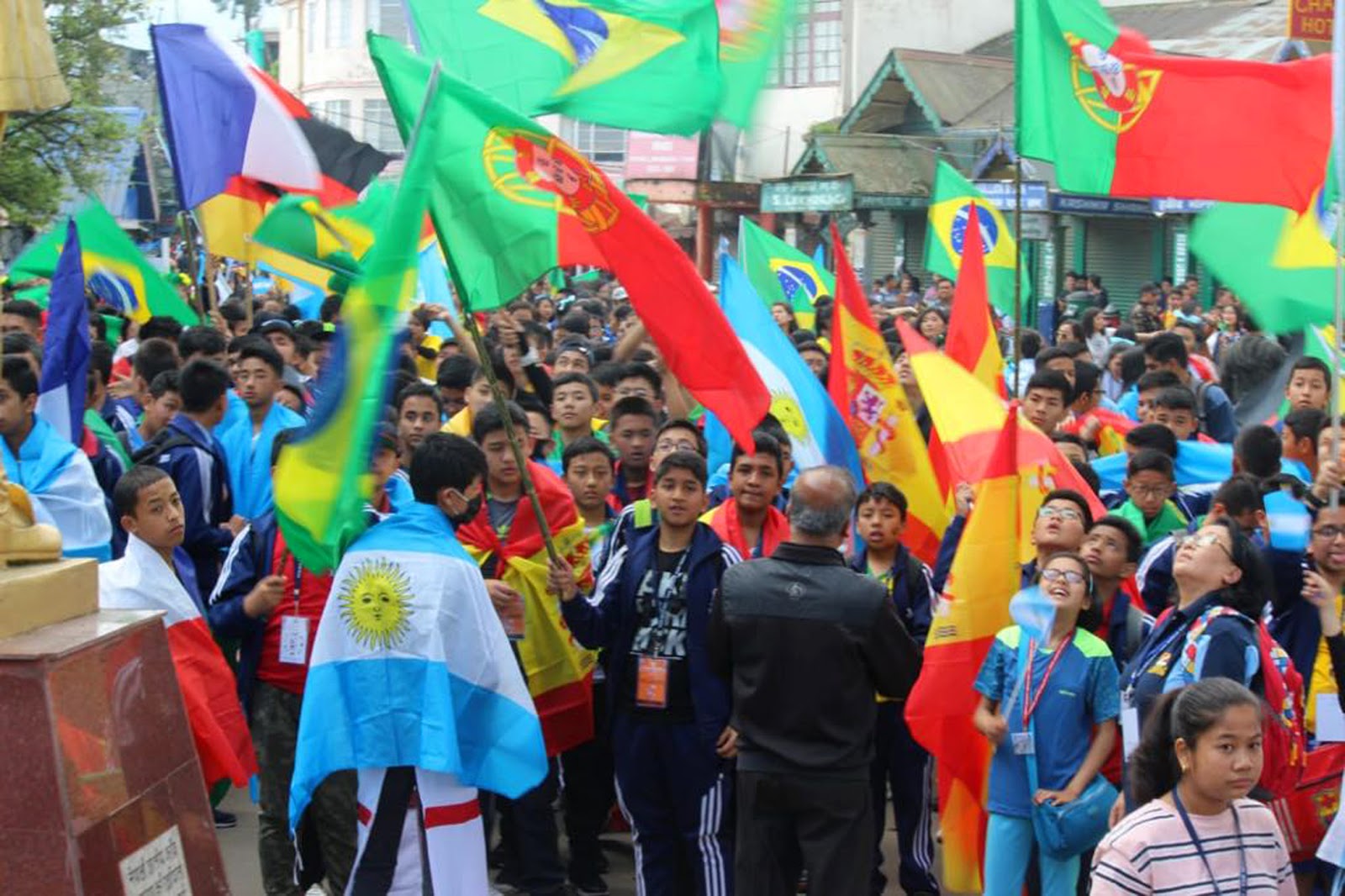 The organisers made it an inclusive event, and involved veteran footballers, other NGOs like MARG (who work on human trafficking), Namaste Foundation (a social service group), Shankar Foundation (working for AIDS patients), and Positive Heart Foundation. “Then other groups like ZUMBA group, Enfield bikers group, Super Bikers groups, BMX stunt group, Scooty Girls group, and many more decided to support us by voluntarily taking part in the football march. Even the common citizens came forward to participate in the event. This way the event turned out to be a citizens’ event. This made ‘Darjeeling, the World Cup town’ a mega event in Darjeeling that went viral… which shocked the world. More than 3000 students and citizens celebrated the joy of football and welcomed FIFA world cup 2018.”

“We have organised community viewing of football matches in villages of Darjeeling district. Children are so interested in the hills but lack the access,” Nirnay Chhetri, a volunteer of MARG said. 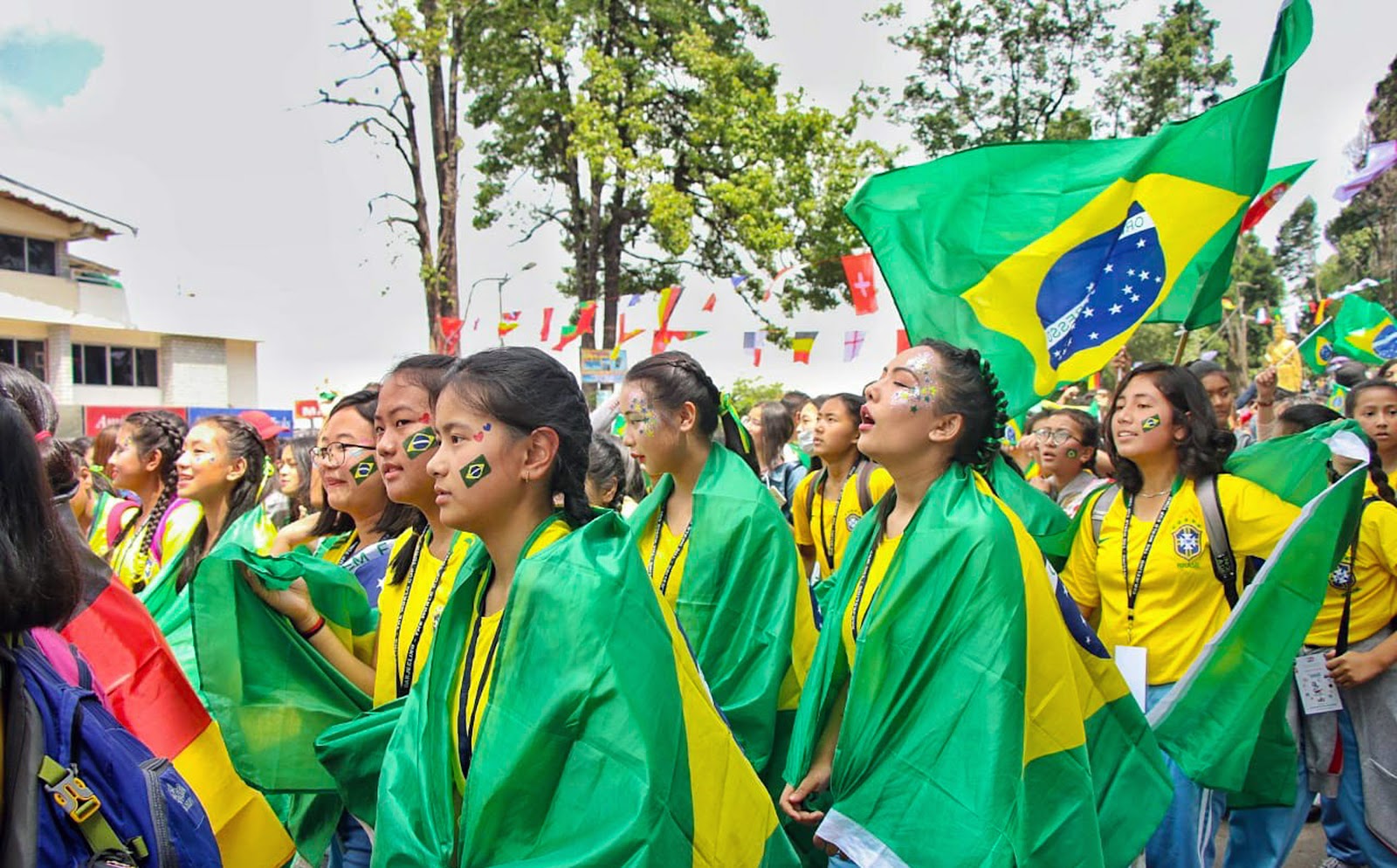 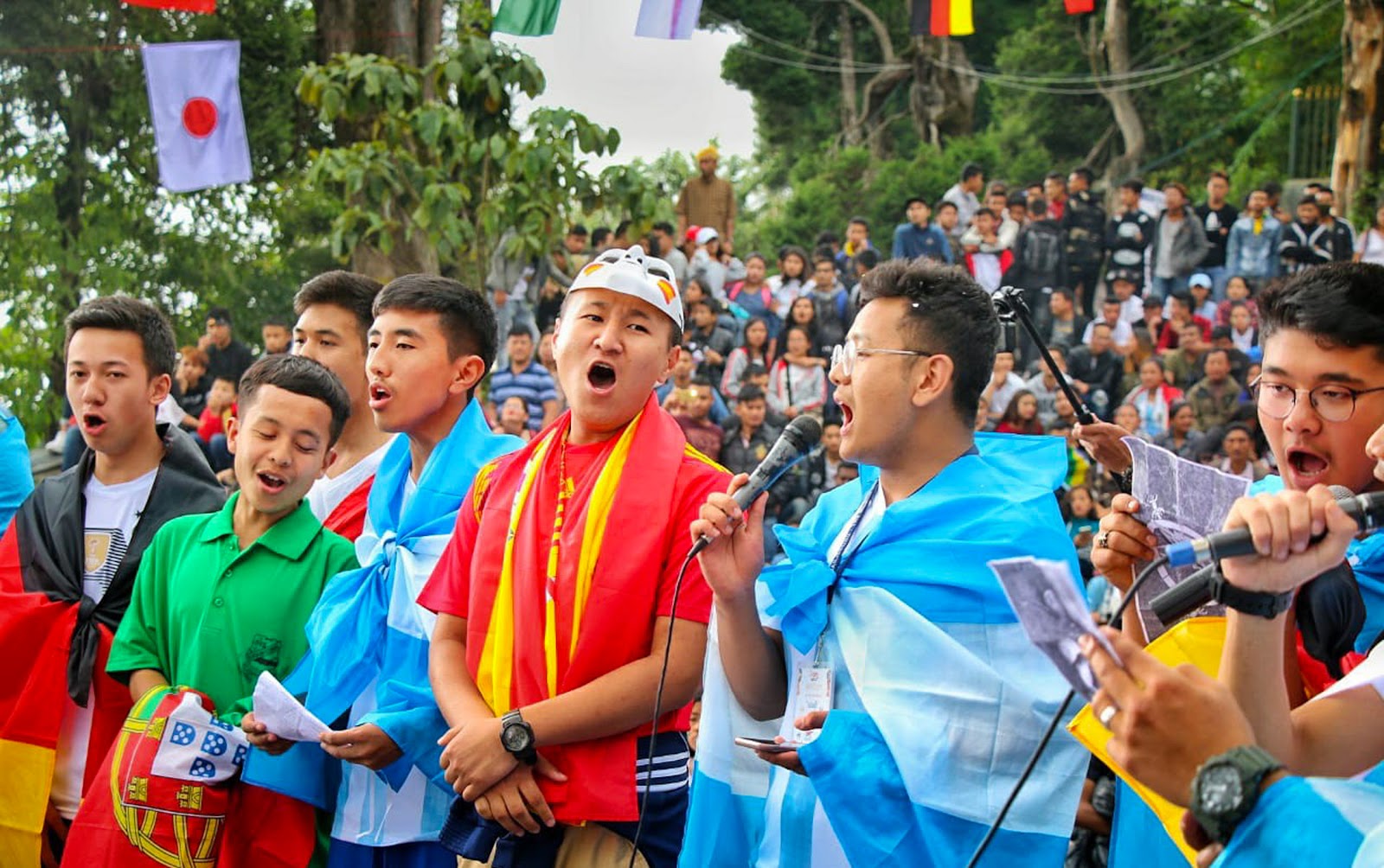 Darjeeling had never seen anything like this before. Amidst the celebration of ‘Darjeeling, the World Cup Town’, the main cause -- that of the clinic on wheels -- became almost non existent. A local shop owner said, “We are very excited about this event. Everyone here loves football.”

According to the organising committee, even though the original cause of a mobile clinic is nowhere in the headlines, the purpose has been served. The success of ‘Darjeeling, the World Cup town’ translated into raising sufficient funds to procure the vehicle that will be converted into a mobile clinic, and pay for the staff and other logistics, making the ‘Clinic on Wheels’ project a reality. 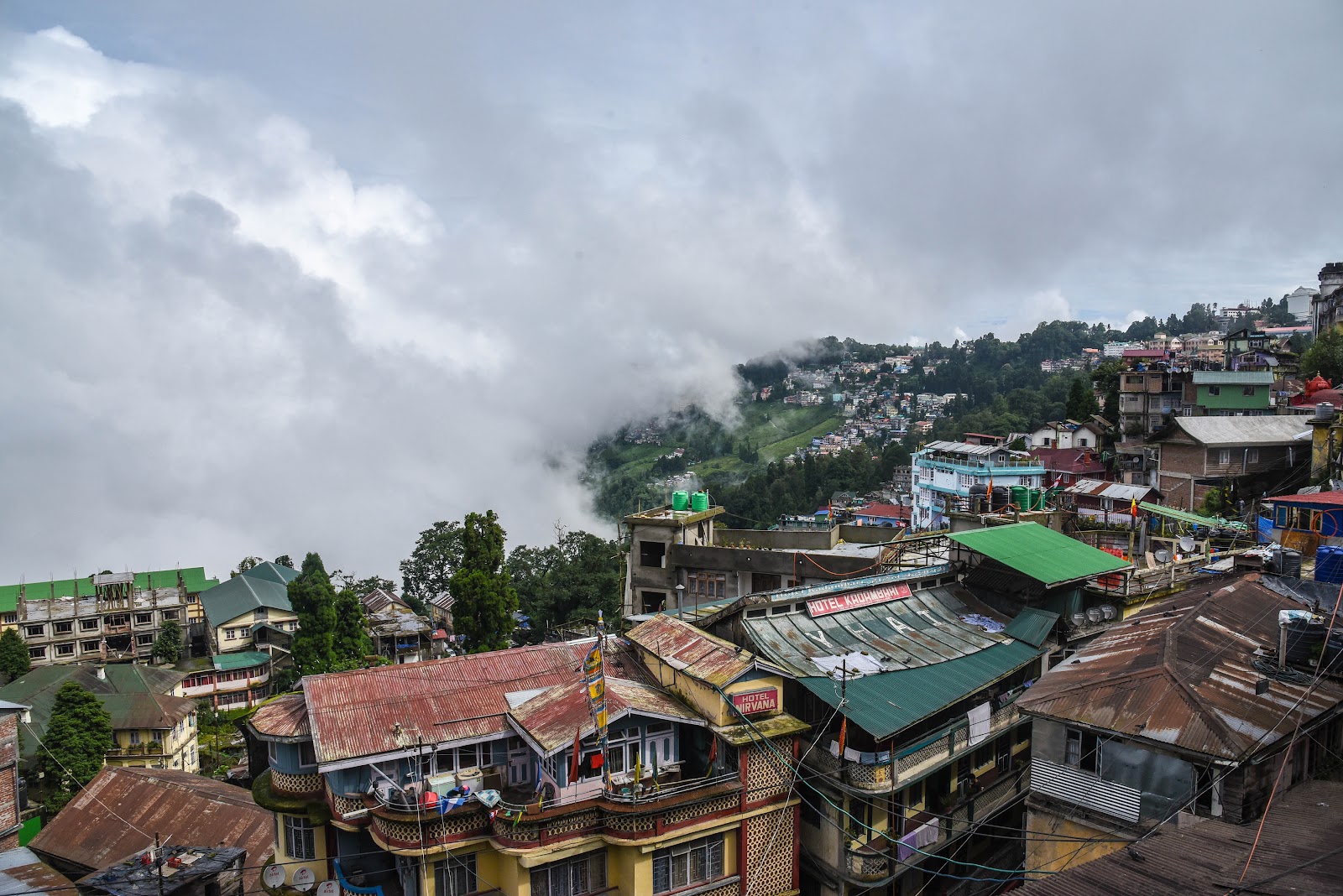