Making a Living in Neo-Liberal India: A Photo Essay

'If I could tell the stories in words, I wouldn't need to lug around a camera'

While the promised “tryst with destiny” indeed transformed the lives of many Indians, a large majority of men, women and children continue to strive and struggle against all odds.

Late Prime Minister Jawaharlal Nehru of course had no illusions about the challenges that lay after the formal end of colonialism. As he put it, the “future is not one of ease or resting but of incessant striving…the service of India means the service of the millions who suffer…it means the ending of poverty, ignorance, disease and inequality of opportunity.”

Post-independence India, like most other nations that threw off the yoke of exploitative colonialism, has had more than its share of struggles, conflicts, the recurring blood-letting as well as the “incessant striving” for the betterment of the human condition in all its dimensions.

While few literally expect an ultimate and final eradication of poverty, disease and inequality of opportunity, such ideals are of course essential fuels for the “incessant striving” that Nehru spoke of. However, given the lack of land-reforms as well as the relative absence of any policies aimed at the redistribution of resources – material and symbolic – it is hardly surprising that pervasive social inequality not only persists but has worsened considerably over the years.

With the so-called “liberalization” of the economy, Indian society is ever more firmly inserted into structures of neo-liberal global capitalism – with its concomitant contradictions and new forms of inequality amidst the delusions of unlimited growth and prosperity fueled by abstractions such measures such as the GDP and other technocratic measures and models that have little meaningful connection with real lives.

Despite the putative prosperity, a very large numbers of Indians struggle to eke out a living against all odds.

-A distressed, malnourished man trying hoping to sell some home-made remedies on the streets is urged to move on by under-nourished security guards in their crisp new uniforms.

-The man who wakes up at 4am to cook biryani and curry to be sold on the streets, flanked by another man with a hat for coins that will enable him to eat.

-The woman who walks a few kilometres a day to buy dried fruits and nuts to be sold on the pavement.

-The rickshaw puller who, exhausted and enervated by the scorching heat, takes a break and catches up on some sleep in very uncomfortable posture.

-The grandfather whose grandson helps him carry his heavy sewing machine on the streets, waits for customers who need to repair frayed clothes and zippers.

-The Dalit street sweepers taking care of the results of the revelries of the day before and the child who should be in school but is instead apprenticed to provide new lease of life to used scooters and motor-cycles.

Most of them were willing to share some aspects of their lives, desires, dreams and disappointments that could be recounted in some detail here.

However, as Lewis Hine, the great American social documentary photographer famously put it, “if I could tell the story in words, I wouldn’t need to lug around a camera”. 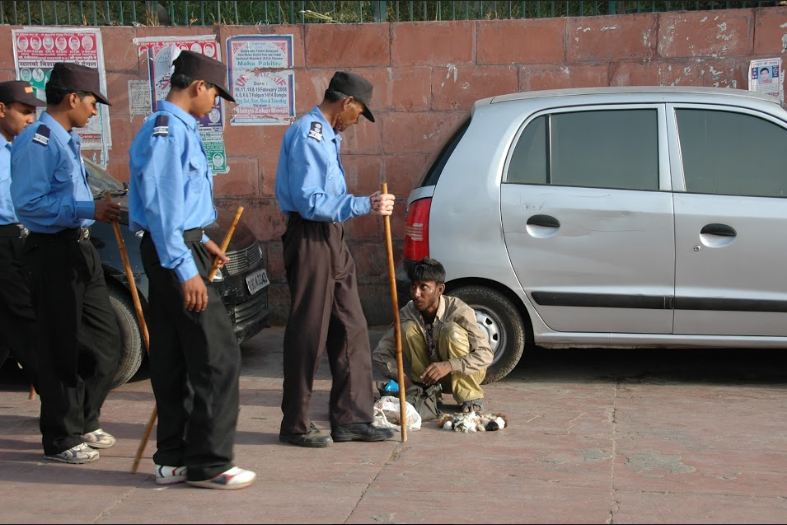 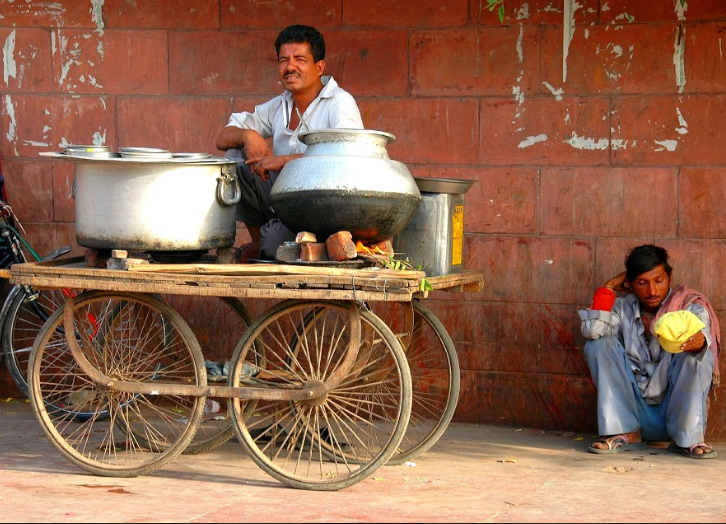 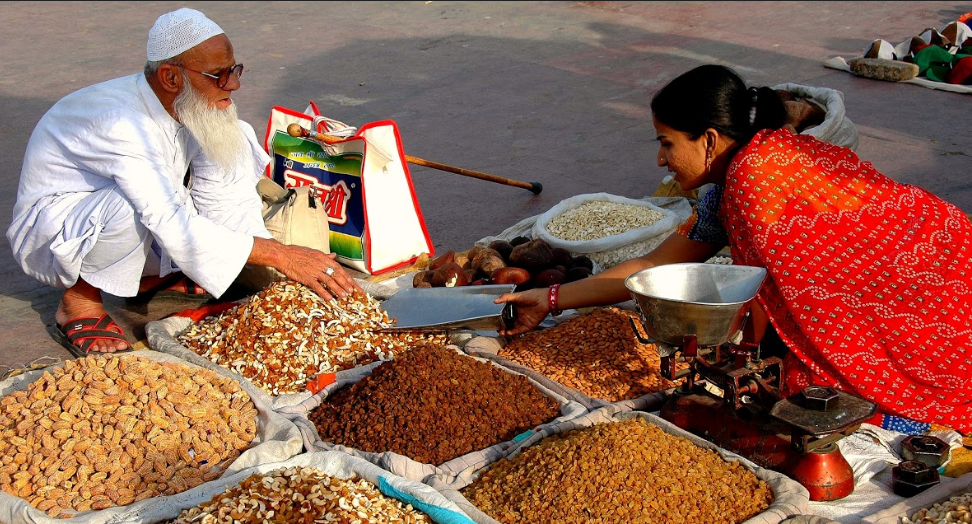 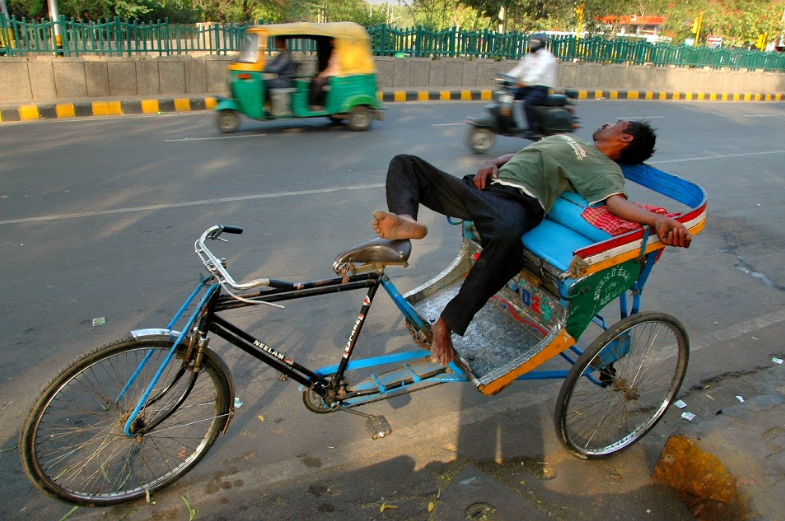 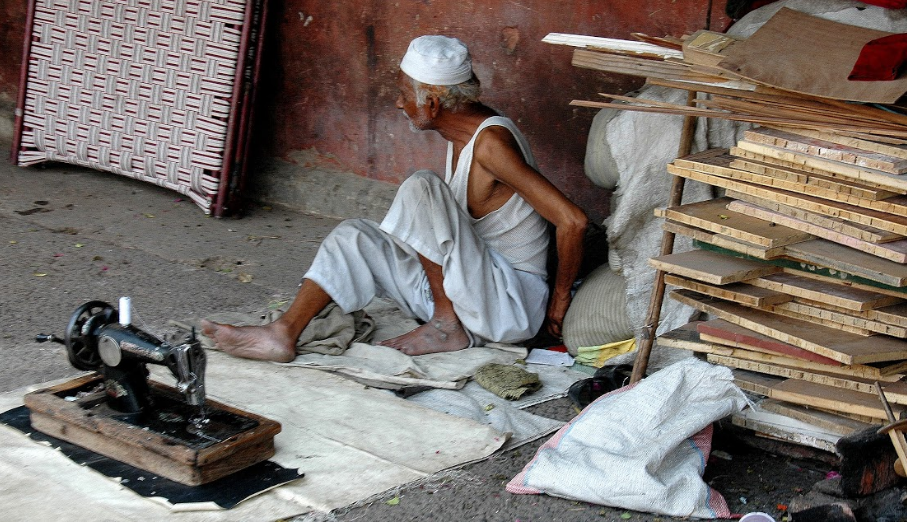 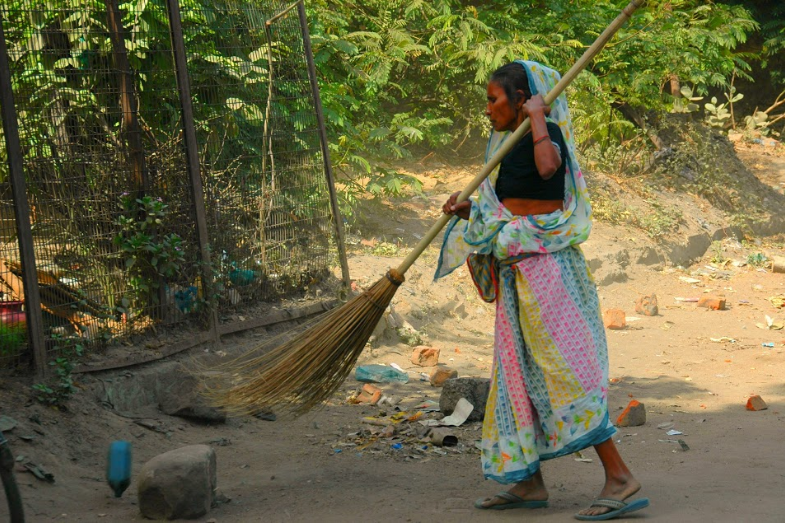 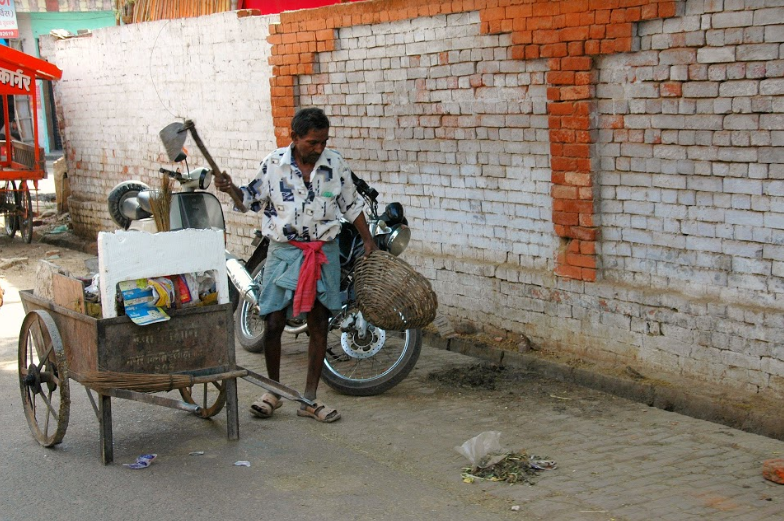 (Zaheer Baber is Professor of Sociology at the University of Toronto)