Two buildings collapsed last week in Shahberi village of the Greater Noida killing at least 9 people. UP Police along with the State Disaster Management Force sprung into action on late Tuesday night. According to the Police, the cause of the collapse is still unknown as the enquiry is underway.

The two buildings in the Shahberi village stood amid tall skyscrapers that occupy the entire area in Greater Noida. The area with under constructed buildings and sparse population rose to action when people understood the collapse to a loud blast seeing the huge clouds of smoke. Kishan Lal, who runs a tea stall, just 20 metres away from the building said, “I live in the nearby village. The sound (of the collapse) was so terrifying and everywhere there were huge clouds of smoke. Everybody ran to save anybody who could escape, but then the Police came and cordoned the area.”

Adding to that Manju Devi, in her sixties living in the flat opposite to the two building said, “It might be 9 o clock when I heard a huge bang. I thought that a gas cylinder has exploded, but the intensity was so high that the ground shook beneath us. After the incident we are left with no water and electricity”. After the accident the electricity in the nearby areas has been shut.

Being questioned upon action being taken against the illegal construction the Magistrate added, “The investigation is going on. FIRs have been registered against the builder and other culprits and five people have been arrested. The government have given the clear indications that not only in this case, but strict action would be taken against illegal buildings constructed against the norms and regulations.”

The incident is not the first of its type in Delhi NCR. In 2010, the Lalita Park building near Lakshmi Nagar in New Delhi collapsed, killing around 70 people out of the 200 inmates living in. According to a report by Scroll every year, India loses an average of 2,658 people to different kinds of structural collapses; that is around 7 deaths a day. 2011 saw the highest fatalities in ten years, 3161 deaths.

A report by The Hindu says, “Official data show that unauthorised construction is present on around 150 hectares of land at Shahberi village alone.” The swampy area of Shahberi has several flats which violates the regulations of the government. It is pertinent to see whether this incident would be a reminder for the authorities to curb illegal construction. The accident raises very vital questions against the illegal and faulty construction in not only Greater Noida, but also in Delhi. 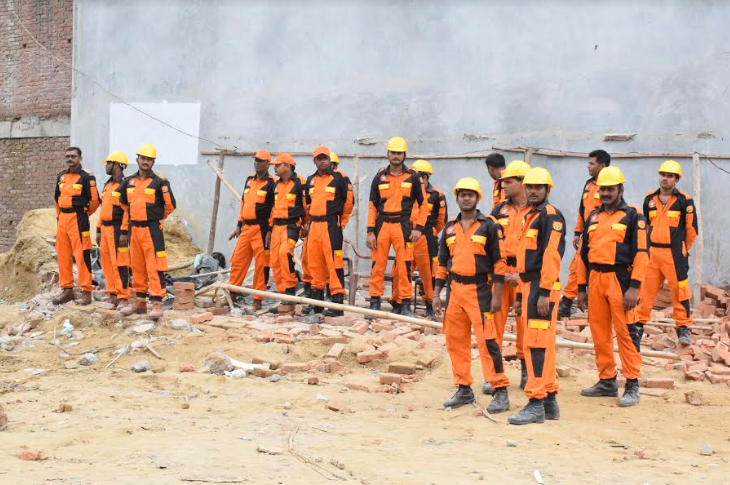 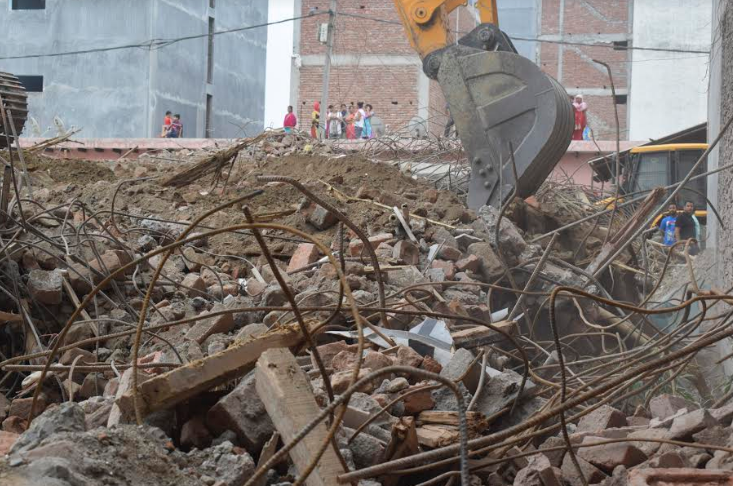 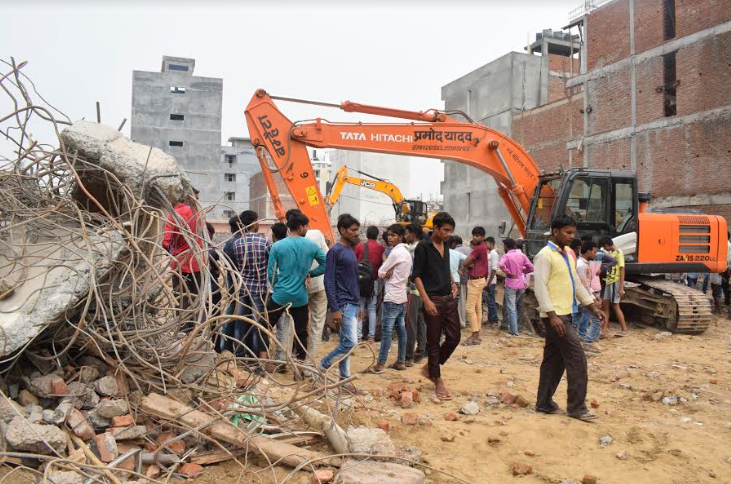 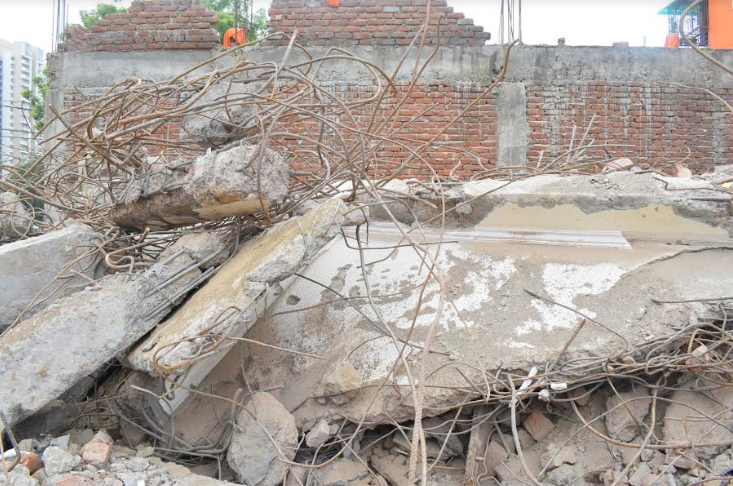 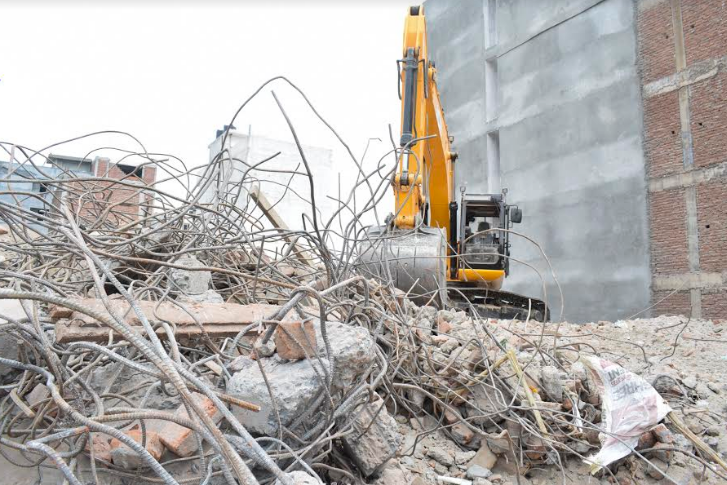 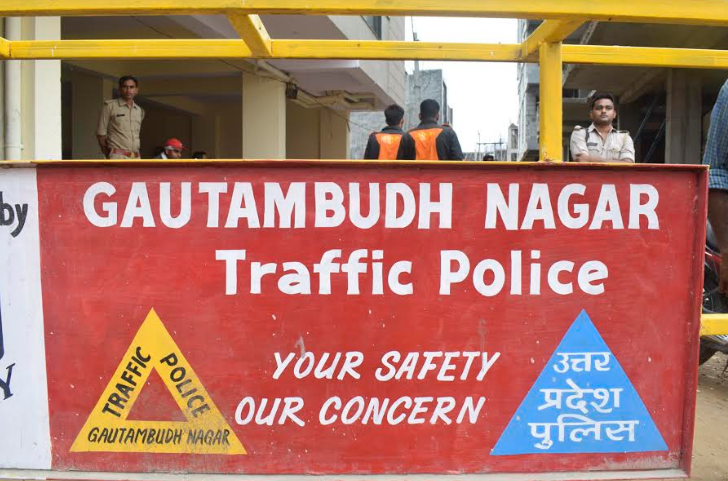 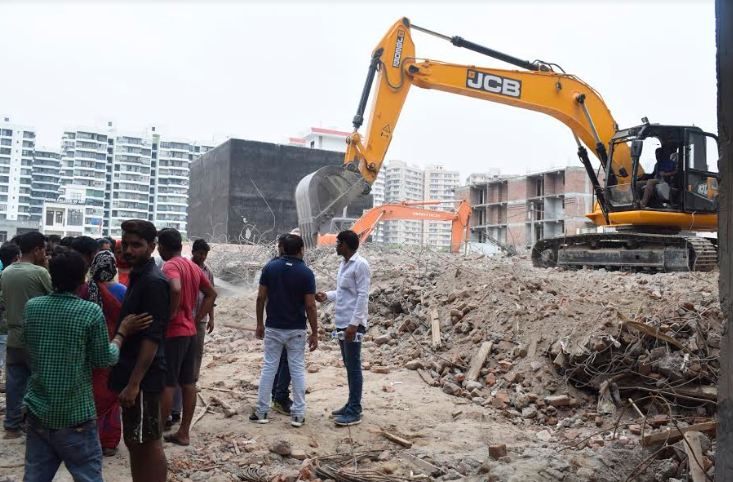 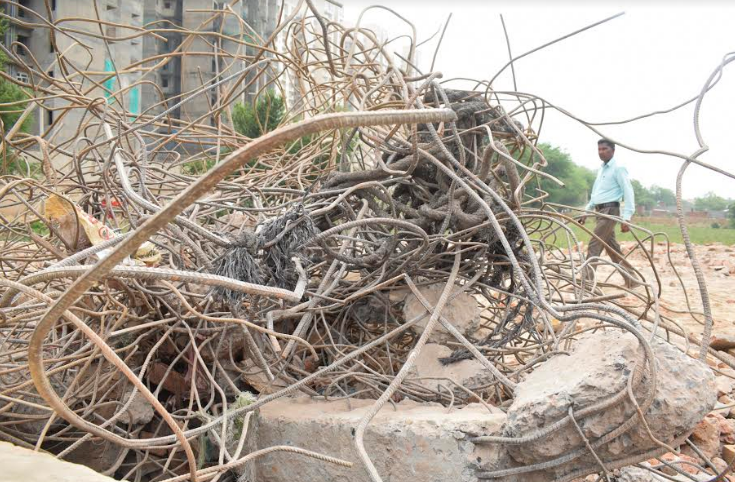 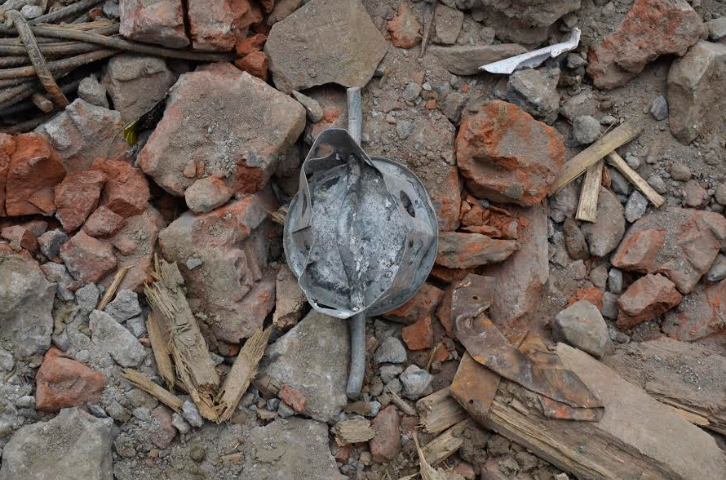 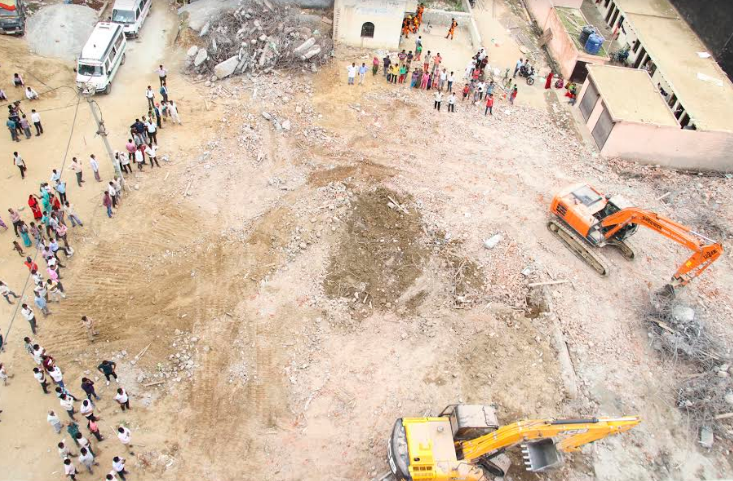