“Pupa is a metaphorical name. There are phases of life between caterpillar and butterfly. The pupa is the lifestage of some insects undergoing the transformation from immaturity to maturity. It is about the tragedy of a young man trapped between his duty to stay by his comatose father and his job back in the US. His fiancé is concerned, but she flies nevertheless,” says Indrasis Acharya, who has directed the film.

Pupa raises fragile yet powerful questions around what happens when a comatose person is in no position to take a stand: on whether he wants to keep living in the vegetative state or ask the doctors to pull the plug.

A very niche film, Pupa has drawn tremendous critical acclaim from across the regional media and social networks. This acclaim can be traced to the young director’s way of telling the story, filled with dark moments with death hovering like a cloud that overshadows everything else.

Death is used as a framing device for the story, as the film opens upon death and closes with it, though both deaths are thoughtfully kept off-screen, as is the subject of the story. You see Death in the faces of the son and daughter of the deceased, with the son Shuvro so devoid of emotion that his girlfriend begins to feel he might go mad.

The daughter, Mou, grieving over her dead mother and her comatose father, is trapped between her attachment and duty to her father, and her demanding responsibility to her family, with a husband who repeatedly points out that his mother is all alone and the little daughter’s school grades are falling.

Sajal Chatterjee, a retired old man, goes into a coma almost immediately after the funeral rites of his wife are over. As Mou’s husband Arun Sen is a doctor, medical help is immediate and the old man’s bedroom is converted into a private room in a nursing home with day and night nurses doing their rounds. Are they as dutiful as they are expected to be? They have their own problems.

Among all these characters, the one that stands out is Rajat Chatterjee, a wandering traveller, mountaineer and research scientist, Sajal’s younger brother and uncle to Shubro and Mou. He is dealing with a statistical study of the human head and different points of the face that would determine the nature of the person’s tendencies towards crime, emotionality or the lack of it.

He has not yet reached any concrete findings. He insists he is a very practical man who places reality over emotions, but the film shows him differently. He lives away but rushes home from his expedition upon hearing of his brother’s wife’s death. He looks at the walls of his room now filled with X-rays and negative plates showing the human brain in different sizes and colours. Or, he belts out a Tagore song out of tune, or listens to Beethoven’s ‘Fate Knocking at the Door’, or explains to his nephew how relationships are a balance between investment and emotion.

In private he is constantly worried his nephew will lose his American job, as his qualifications cannot fit him anywhere in India, and his elder brother’s prolonged coma which is the reason for Shubhro’s prolonged stay. When he sees Shubhro falling apart, Rajat decides to pull the plug.

Shubhro does not know this. The night nurse is fast asleep and the scientist buys some vials of potassium chloride, injecting them directly into the IV of the comatose Sajal. No one comes to know. Shubhro, fast asleep after a disturbed night, is curled up in bed. Rajat pulls the covers over him. 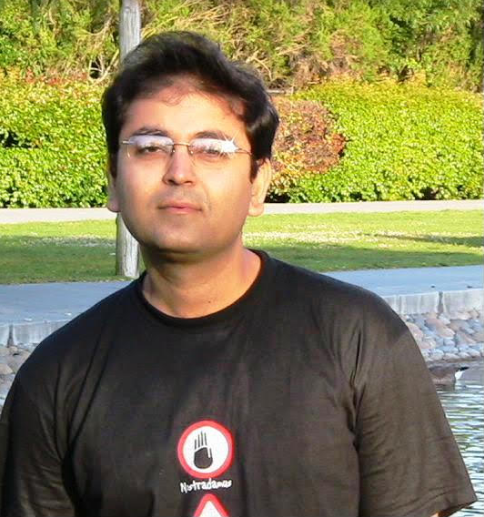 The scenario cuts to Shubhro, now free of his duty towards the father he is so fond of, leaving for the US. Rajat keeps telling Shubro, ‘Life is calling you and your father has already begun the journey towards infinity. These two polar opposites cannot be brought together.’

The high point of the film is when, after injecting his own brother with poison, Rajat takes out an old photograph of himself. The camera cuts back and forth from the photograph to a close-up of his face, his eyes wet with unshed tears. He slowly burns the photograph to a cinder. Is he killing himself here because he considers himself a killer, not a person who did it as an act of euthanasia? The director leaves his audience to draw its own conclusions.

The camera cuts sometimes into the vast expanse of the mountainscapes, with Rajat’s figure in silhouette, his backpack dwarfed against infinity’s wide horizon. This juxtaposes life within the Chatterjees’ vast ancestral home, with its wide grilled balconies, narrow entrance and a small garden, and the characters moving against the backdrop, almost soundlessly, talking in whispers. Santanu De’s cinematography, the near lyrical editing of Moloy Laha, Anirban Sengutpa’s sound design and Tapan’s art direction add to the rich texture of this weighty film.

The actors, led by filmmaker Kamaleshwar Mukherjee as Rajat, Rahul Banerjee as Shubhro, and Sudipta Chakraborty as Mou give muted performances to suit the low-key tone of the film. Joy Sirkar’s background score is minimalistic and touching, does not intrude into the story at any time, and is enriched by songs picked with care. Sudipta Chakraborty lends her voice to a Tagore number that highlights this talent hidden in her.

Pupa is a film with an emotional overload, with little relief offered by Mou’s little girl and her naïve questions, her drawings, her recitations and her songs. It will draw an extremely niche audience because it neither entertains, educates, nor informs. It only shows, in great detail, what could happen any day to any of us, when someone in the family hovering between life and death can threaten the others’ lives.

Pupa also throws up a completely alternative perspective on euthanasia which raises questions without also throwing up answers.