Here is a bit of food reality. No matter what you go for in Mughalia cuisine, be it korma, or stew or nahari, it will never taste the same without a perfectly made, just out of the tandoor and piping hot Khamiri roti to go with it.

The way a Khamiri roti soaks in the curry with all its flavours, nothing else can or does. The magic it creates is so good that many vegetarians go to old Delhi restaurants just to have a Khamiri roti. 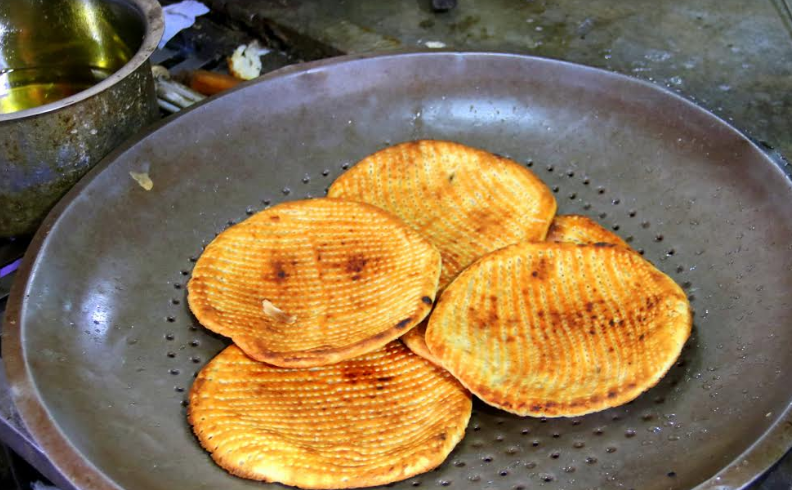 All the restaurants serving authentic Mughalia cuisine in Old Delhi also serve Khamiri Roti. The quality of Khamiri roti served in a particular eating place is an important factor in drawing food lovers to it.

There is a couple living in Delhi, who I know quite well, their marriage has lasted more than four decades now. Like many such couples, they have a few unresolved issues between them running through the 40 years. 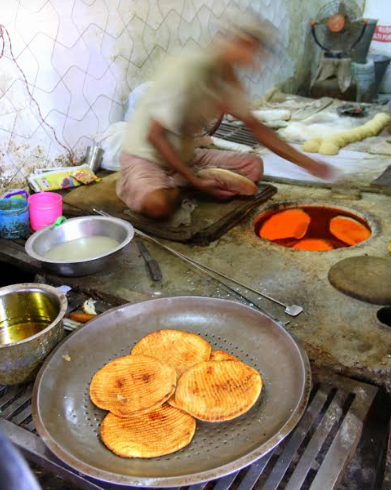 And one of these issues always crops up when they visit old Delhi to have their favourite mutton korma with Khamiri roti. A dish they both love. But they differ over one fine and important detail. Who makes a better Khamiri roti, Al Jawahar or Karim’s?

So, what exactly is a Khamiri roti and what has it to do with Old Delhi? For the uninitiated, it is a bread done in a tandoor like any other tandoori roti. What sets it apart is the yeast (khameer) used in the dough. This is what gives a Khamiri roti its spongy thick texture and a slightly tangy taste. 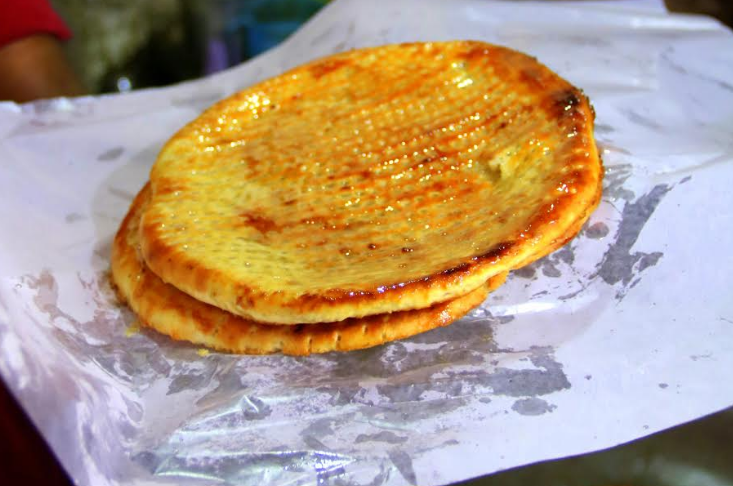 Available throughout the year, it is a bread that goes with all kinds of curries and dry meat dishes too, which otherwise are a preserve of rumali roti.

The Khamiri roti is believed to have its origins in the Delhi of the Mughal era. The tradition of tandoors and rotiwallas who make rotis to be consumed in normal households is said to have arrived in India with the Mughals. 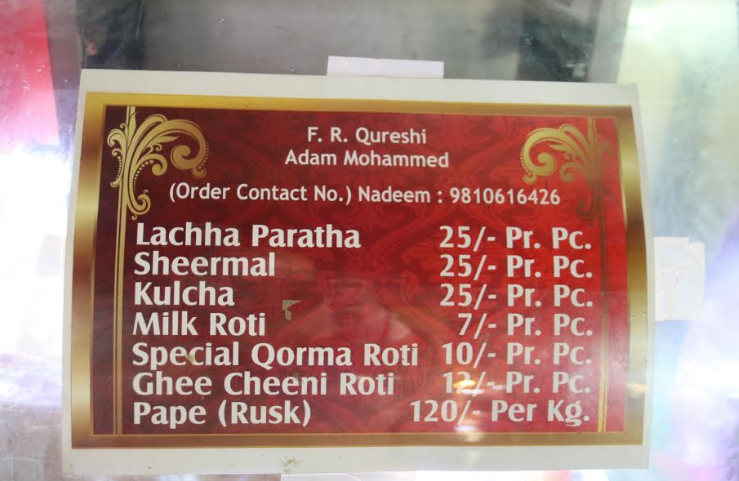 There are a few famous rotiwallas in Old Delhi who specialize in dishing out these rotis. Earlier they were specialised places and people called Naan Bais or Bhatiyars who just churned out different kinds of bread. Though that tradition has fizzled out over the years, even today there are some places known for rotis in Old Delhi. 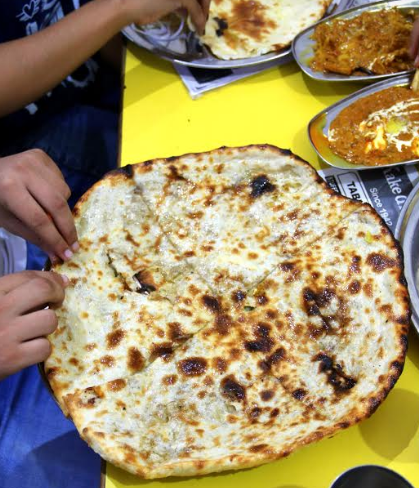 Rehmatullah roti shop and Haseen Roti shop in Old Delhi are some such outlets that trace their origins to the days of the Mughals.

Not just Khamiri, but breads such as Naan and Bakarkhani among others were eaten during this era. In fact, when it comes to bread Khamiri is not the end of the story, but just the first step. 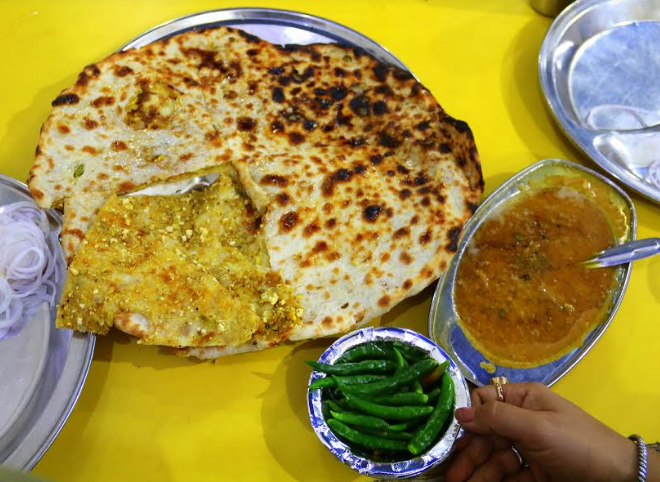 The next bread on the popularity list to come out of the tandoors of Old Delhi is the Sheermaal , in Delhi also the Bakarkhani or sometimes as Lal roti. It has a perfect sweet-salty taste that grows on you. It gets its name from sheer (Persian for milk), which is added to the dough along with sugar and ghee. It is usually consumed after a meal as a desert and is not usually paired with Korma or curries as it is considered too heavy. So, the recommended way is to relish it on its own.

Lachha Parantha or Parat-daar Parantha, a layered bread is another form of bread to come out of the tandoors of Old Delhi. Here in addition to milk, ghee and sugar, some suji (semolina) is also added to give it some crispness. 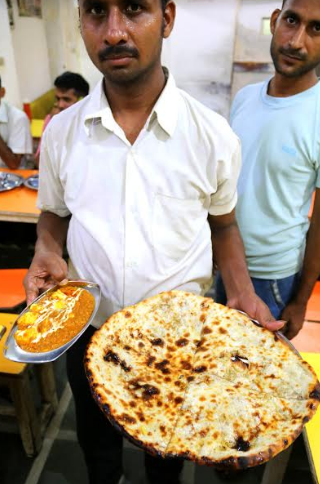 Kulcha, of Old Delhi, is another step ahead of the Sheermal or Lachha Parantha. Here in addition to the other ingredients mentioned above, egg is also added. It is often stuffed with minced meat or vegetables. It is a rich fare and is much different from the bakery kulcha, a popular snack, that is usually available all over Delhi to be consumed with matar (peas).

Keema naan is another often ordered bread at the Old Delhi restaurants. It is a bread that has a filling of minced meat and spices. 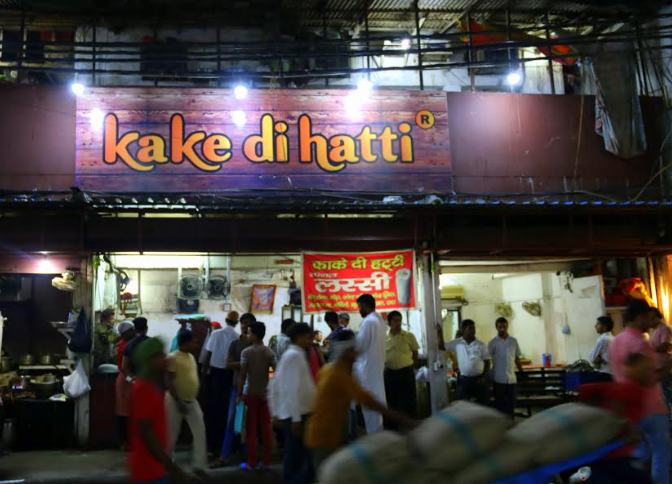 When talking about Naans, well, in Old Delhi the scene is dominated by one outlet, on the Church Road, near Fatehpuri Mosque, which dishes out an amazing variety and size of tandoori naans.

Kake di Hatti operating since 1942 has a naan named as Dhuandhar Naan. It is more than a foot across in size, and filled with a concoction---of boiled potatoes, cottage cheese, homemade spices and green chillies--designed to blow you away. Hence the name.

To consume one such naan, you would need the help of a friend. It is difficult to deal with alone. The place does many more versions of naans which come in equally huge sizes but with different fillings such as palak paneer naan, cheese capsicum naan and yes, a chocolate naan too.