The telling of a story

Rituparno Ghosh would have turned 55 this August 31. And tributes to his memory and his films never seem to cease. In his time he marked a milestone in Bengali cinema and his contribution has been rich enough to earn such tributes. But some of his films have not been studied as much as others – Bariwali, Dosar, Titlee, Raincoat and Khela.

Khela was released ten years ago in 2008. Though not quite reflexive, it is a film about how a filmmaker can go completely overboard, breaking simple rules that guide our lives, including marriage, to make the film of his dreams.

The central theme, hidden within the narrative of a strange bond between a fledgling new director, Raja, and the kid hero of his first film, is the duality of the world we live in – at once ordinary and extraordinary, adventursome and mundane – which gives the film an explicitly psychosocial dimension, with multiple perspectives layered within the main story.

Rituparno Ghosh comes into his own only after several films; he wrote and scripted Khela and penned the dialogues and lyrics as well. In it he gets into his reflexive mindset, offering one of the most insightful glimpses into the crazy world of filmmakers and filmmaking where nothing is organised, communication between and among teams is zilch, where shooting has to stop because it is raining, and also because it isn’t. Such scenes carry across the team spirit and the camaraderie beautifully. 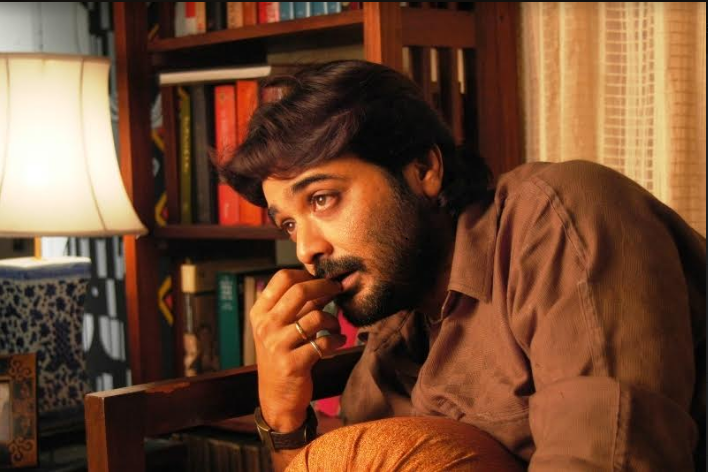 But this is just a single fine layer of the film’s zigzag journey through life’s wild game. Khela shows up the fragility of life which, like any other game, may be won or lost or drawn, but must be lived through to denouement. We tend to identify more with the story than the characters. Unfolding layer by slow layer, the sheer momentum of the narrative and its emotional mechanisms carry us away.

At times Khela reminds one of German expressionist cinema, with its external expression of internal feelings through setting, lighting, decor, and other visual elements. This is seen especially in Raja's memories of his wife Sheela, or in the opening frames, in the darkly lit interior of the taxi in which Raja drops her off at her cousin's.

The two worlds of the film – Raja's world, shooting his first film with the naughtiest kid in town, and the inner world of nostalgic moments with his wife – are constantly played off against each other. They overlap all the time; in the cluttered room of the tent on location, or with him looking through the camera lens to try and take the perfect shot, or the rain-splashed evening in Kolkata with flooded streets when he invites a friend to come over for khichuri and deem bhaja. Alas! The larder is empty, he is told by his quiet but bitter wife.

Prosenjit is wonderful as the selfish, self-absorbed filmmaker out to make the first and biggest film of his life – nonchalant about his wife's need for him and for a child, indulgent to the extreme. The same man is moved when Abhiroop brings him some caterpillars in a bottle because he had earlier released the butterflies for the shoot from the bottle they were held in. (It must be said that caterpillars growing into butterflies is a cinematic cliché not expected in a Rituparno film.) 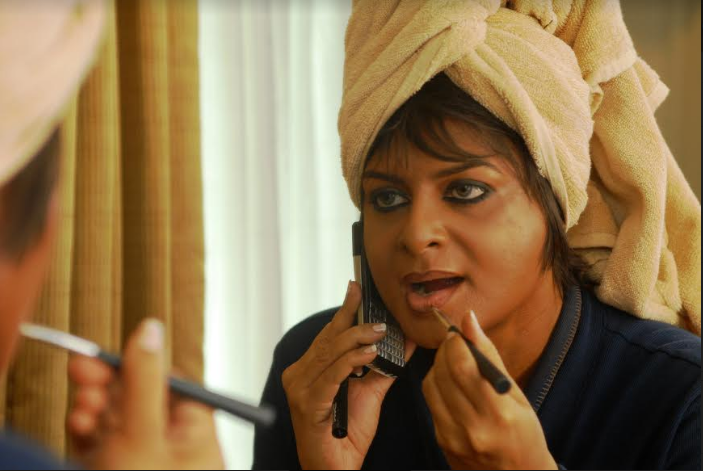 Monisha, stripped of her Bollywood chutzpah, gives the most low-key performance she ever has. Raima's performance is a copybook model of the evolution of a star into an actress. Shankar Chakraborty is very good as Bikram, Raja's producer friend.

Abhiroop’s family backdrop is perhaps the only drawback to the film, with that weepy and simpering mother and the no-nonsense father who is far too matter-of-fact for a father whose son has beenkidnappe d.

Akashneel as Abhiroop carries the film squarely on his small shoulders. Witty and sharp, his childish naïveté comes across when he coolly asks Anjali to go sleep in Raja's tent when she tells him there is no extra bed in her tent. He is as naughty as can be, precocious one minute and a small child the very next. He hardly misses his parents but says he may begin to miss them after six weeks, when the shoot is over. He can be bribed with chocolates, when he refuses to shoot because they shaved off his hair. He goes missing, giving the team a terrible scare, only to be found hiding under costume designer Anjali's (Raima Sen) bed for fear of being pulled up for letting the butterflies fly away.

He tears off the page from the diary that has Raja's telephone number noted in it, then picks money from his piggy bank to call Raja from a grocer's shop, asking him to stage a 'kidnap'. “R.L. Stevenson's Kidnapped is a rapid reader in school,” he informs Raja. 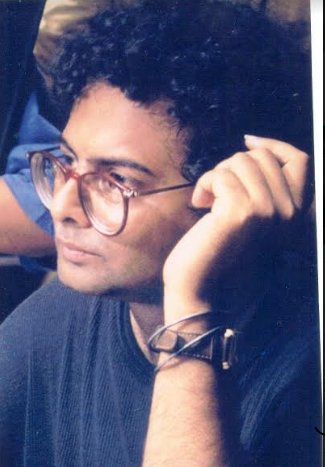 Abhiroop addresses Raja and all the other unit members by their first name. But this strange relationship between two unequal friends – in age, understanding, perspective and mood – reaches beyond the needs of the script of the film-within-the-film, until Abhiroop begins to depend emotionally and morally on Raja whom he looks up to as surrogate parent and friend.

Gradually, the director in Raja who wanted to make the best film ever, is placed in a state of conflict with the adult guardian of Abhiroop who is no more just an actor in his film playing the main role, but more importantly, with a small boy suddenly thrust into the middle of a crowd of adult strangers he does not know, while being distanced from his parents. “I have never celebrated my birthday away from home,” he says. Then, when Raja gives him a tight slap, he breaks into tears and says, “No one ever beat me up on my birthday.”

Khela is action-packed, picturesque and filled with unpredictable twists and turns. The artificial rain created for the shooting with a fire engine’s hosepipes give Abhiroop a bad attack of fever. Climate therefore, unwittingly becomes a character. The film is filled with a spirit of vigour that gives it another dimension. After Titli, this is the first time Rituparno takes his film out of the confines of a home’s four walls to venture outdoors. Arghyakamal Mitra's editing is seamless and smooth, blending past with present and inside with out; the change of scene from Sheela's Kurseong home back to the shooting location cut to Abhiroop’s disturbed parents is handled skillfully without breaking narrative or disturbing the aesthetics of the film.

Two beautiful songs that run along the soundtrack are eloquent and haunting. One is the title song Khela khela khela diye shuru which underscores the philosophy of life. These are songs of the spirit and of philosophy that neatly fit the film’s message and its whimsical, irresponsible and somewhat crazy protagonist Raja. The other, a play on the phrase palacche or ‘running away’, is a metaphorical composition placing the story in perspective. It underscores the desire to run away, to escape – but from what and where to, no one really knows.

Does Khela talk about the game of life? Or is it a reminder that Life itself is a game, so please play it carefully so you do not get hurt and more importantly, you do not hurt anybody? It is an ideology too unrealistic to fulfill. Yet it can trigger dreams of fulfillment.

Rituparno could easily have reduced Khela to the genre of the suspense thriller. But he doesn’t. And that is what makes the film so moving, so soaked in mixed emotions that you carry it with you outside the theatre, and further still. The characters in Khela inhabit a universe slightly distanced from our own, so as audience we identify primarily with the story itself. It is the telling of the story, its movement and unwind, to reach a resolution that sucks us, as it were into the screen, inviting us to journey with the characters and empathise with the end.

Like authors who hate to put a full stop to their writings, filmmakers often find it difficult to end a film where they should. Rituparno is an exception. "Come out Raja, my parents have arrived," shouts Abhiroop from the garden where he is playing cricket. And the credits begin to rise. One is sure the wonder-child called Akashneel must have put Rituparno through the same terrifying paces in real life, the way Abhiroop does his director Raja on screen.

For Raja, Khela is a journey that forces him circumstantially to change his focus in life, from the film he is making to the boy-actor who must be dealt with on a shot-to-shot basis on and off the sets. This triggers his memories of life spent with Sheela and the value these memories hold. It is a journey from irresponsible and selfish escapism to responsibility and affection and care.

Khela offers a slice-of-life glimpse into a temporary relationship created and sustained between a young man and a small boy, with the making of a film functioning as agency between the two. It is not a father-son relationship, organic or surrogate. It begins as a director-actor relationship, which is strange considering the actor is not aware of the tenets of such a relationship. So, the director must, for the purpose of his film and his direction, slip off his directorial garb to try and become a friend, and treat little Abhiroop on an equal footing.