A Road Movie Where ‘Others’ Come ‘Together’

The “road movie” is not a common genre in Bengali cinema. In this spacious desert, Uronchondi that marks the debut of a young director Abhishek Saha, is a road movie in the real sense where the road is both a physical reality and forms the central backdrop of the film and is also a journey film that defines both the external journey and the metaphorical journey of the four characters who become a group unto themselves. They are the “others” who bond “together” by the common thread of being outcastes, of their own volition.

Road movies are a cinematic genre in which the action takes place during a road journey or a vehicle-based film. The title derives its origins from Joseph Strick’s Road Movie (1974). The roots of a road story go back further and deeper than this. The train has been a common feature in Indian road movies such as Railway Platform, Train, Burning Train, Calcutta Mail. It is often used as a strategic setting to establish a character such as in Baharein Phir Bhi Aayegi, or to establish the tragedy of Devdas, or, as a story-telling sequence as in Aashirwad, or establish a relationship between two polarised opposites such as in Jab We Met. In Bunty Aur Babli, we find a con pair using the train often to escape the clutches of the law.

Bengali cinema is not very famous in presenting road movies. Satyajit Ray struck a different note with Nayak which was centered on a single character but where the entire story unfolds during a train journey. Saha strikes a different note. He takes a truck to journey through the vast, arid expanses of Purulia in Bihar with two Bihari characters, the driver who is driving the truck and the woman who is travelling in it. They are not related directly.

The woman is the wife of the one who owns the truck while the driver is the one who was employed as its driver. As the truck makes its way through the vast expanse of the countryscape, one discovers a bejewelled bride decked in bridal make-up and attire, makes a run for it and jumps onto this truck. Some time later,a doddering old widow also seeks escape and shelter in this truck.

These four characters are runaways and cast outs in a manner of speaking. Even the truck is a runaway because the wife has stolen her husband’s truck to make her escape from the terrible violence she was victim to. The driver gives her company because he seeks escape from a terrible master. The bride is running away from her step-mother’s torture and forced marriage to a man old enough to be her father. Besides, she is in love with Gobinda, some guy in Situr, a neighbouring village who has promised her love and happiness which of course, turns out to be a red herring.

The old woman who boasts about her life is actually a mother thrown out by her son. These are clichés one sees in every second film. But Uronchondi is different. The difference lies not only in the manner the story unfolds on screen through a road journey but also because of the directorial treatment and more importantly, the performance of the actors. 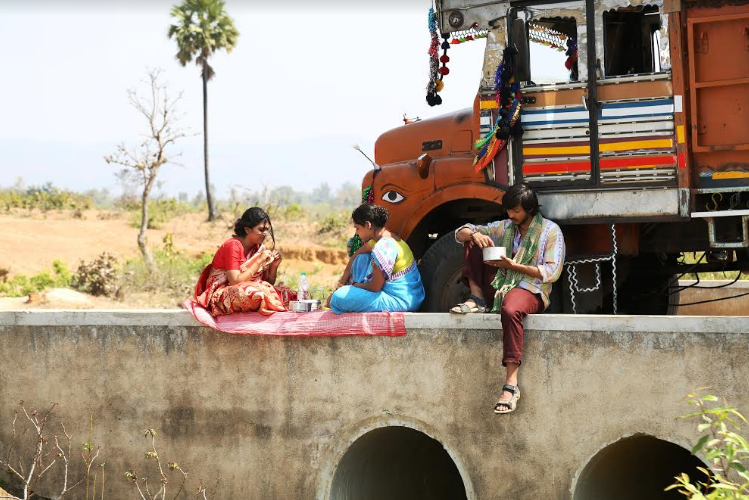 The truck is also an important character in the film. It has its own mood swings and tempermental upsides and downsides. Sudipta Chakraborty who portrays Bindi, the runaway wife of the truck owner, a Bihari, gives a marvellous performance from beginning to end, holding the entire film on her slender shoulders. Complimenting her performance are two absolute newcomers, Meenu, the bride portrayed by Rajnandini Paul and Amartya Ray as Chhotu, the driver.

The old woman played by Chitra Sen, a noted veteran, is overly loud and full of melodrama. But one does not know whether this is by directorial design or accident. That said, the truck takes halts at different points, with the police hot on its tracks chasing the report filed by Bindi’s husband.

The most touching moment in the film is when a aged lady from the city who has stopped at a roadside dhaba with her son’s family, tells Bindi that it is they, referring to herself and other city folks who are runaways and these four are actually mainstream because they have the courage to walk out of the trap they have been placed in and run away, maybe to nowhere because the running away is in itself an act of rebellion sophisticated urbanites may not venture into.

The rape of Meenu is an unwanted cliché that could and should have been avoided because it does not add to the film and takes away from it its bonhomie tinged with the fear of being caught. Chhotu trying to fight is a hint that he likes Meenu but maintains his silent demeanour right through the film. The village fair with song and dance and heavy fun is another drawback which points out at a forced and melodramatic climax. But the audience laps it all up and welcomes it with open arms. The twist in the end when the husband arrives with the police is best kept a secret because it is one of the most interesting turnarounds in the entire film.

Debjyoti Misra’s music is haunting, lyrical and romantic with the ingenuous use of drums to enhance the suspense and fear of getting caught. Tanmoy Chakraborty’s art direction keeps pace with the demands of the village shops, fairs and homes very well. Sujoy Dutta Ray had a tough task veering through the countryside and the brown roads to often cut into shops and dhabas and the village fair and he lives up to the challenge. And with Soumik Halder at the camera, there is no need to mention superlatives because his name is a superlative unto itself.

Uronchondi, which does not translate precisely into English, may be roughly defined as “a crazy wanderer without root or destination” has an open ending that rhymes with the story, the plot and the characters. The road as a backdrop; the road as a character; the road as a catalytic agent that can make people draw hitherto unknown feelings, strengths and weaknesses from within themselves mostly with positive and optimistic consequences; the road as the backbone of a story; the road as a space for action, accident, catharsis, love, hate and violence; a road movie like Uronchondi has shown all of this and more. Rarely is the Indian road movie about escape of the characters from the constraints of their lives to “discover freedom as they head towards a mythical beach.” 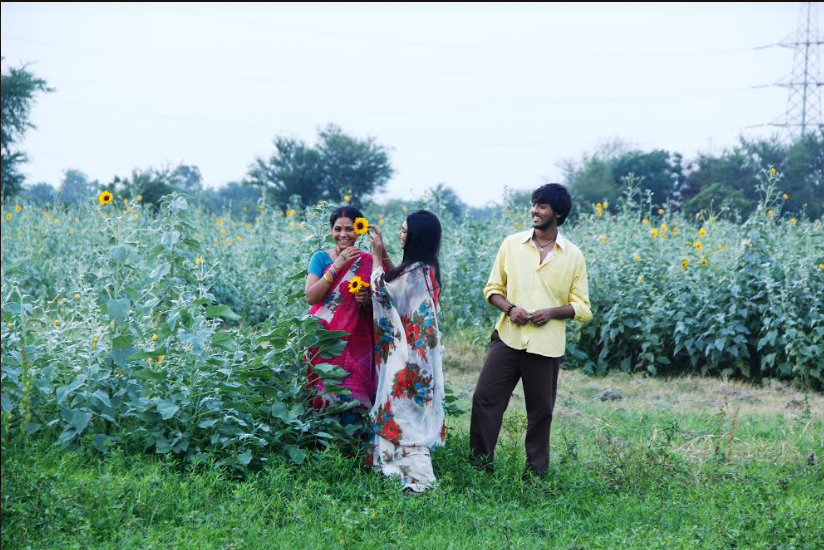