GUWAHATI: Though adventure sports need the same amount of hard work and dedication as any other sporting disciplines, they are always neglected. This is what felt by world record holder mountaineer Anshu Jamsenpa who recently won the Tenzing Norgay National Adventure Award -- which is the top award for adventure sports.

Anshu Jamsenpa who climbed Mount Everest as many as five times said that the government must promote adventure sports. Anshu is one of the very few from the northeast region to win the top adventure award.

Tenzing Norgay National Adventure Award is the highest national recognition for outstanding achievements in the field of adventure on land, sea and air. A cash award of Rs five lakh and a certificate of honour is given to each awardee. This award is at par with the Arjuna Award for sporting excellence.

“It’s obviously a great feeling to get recognized at the highest level. It’s indeed great experience to be with the best of the sporting talents of the country. I’m thankful to everyone who has always stood by me in the course of the journey,” Anshu told The Citizen after receiving the honour in New Delhi. 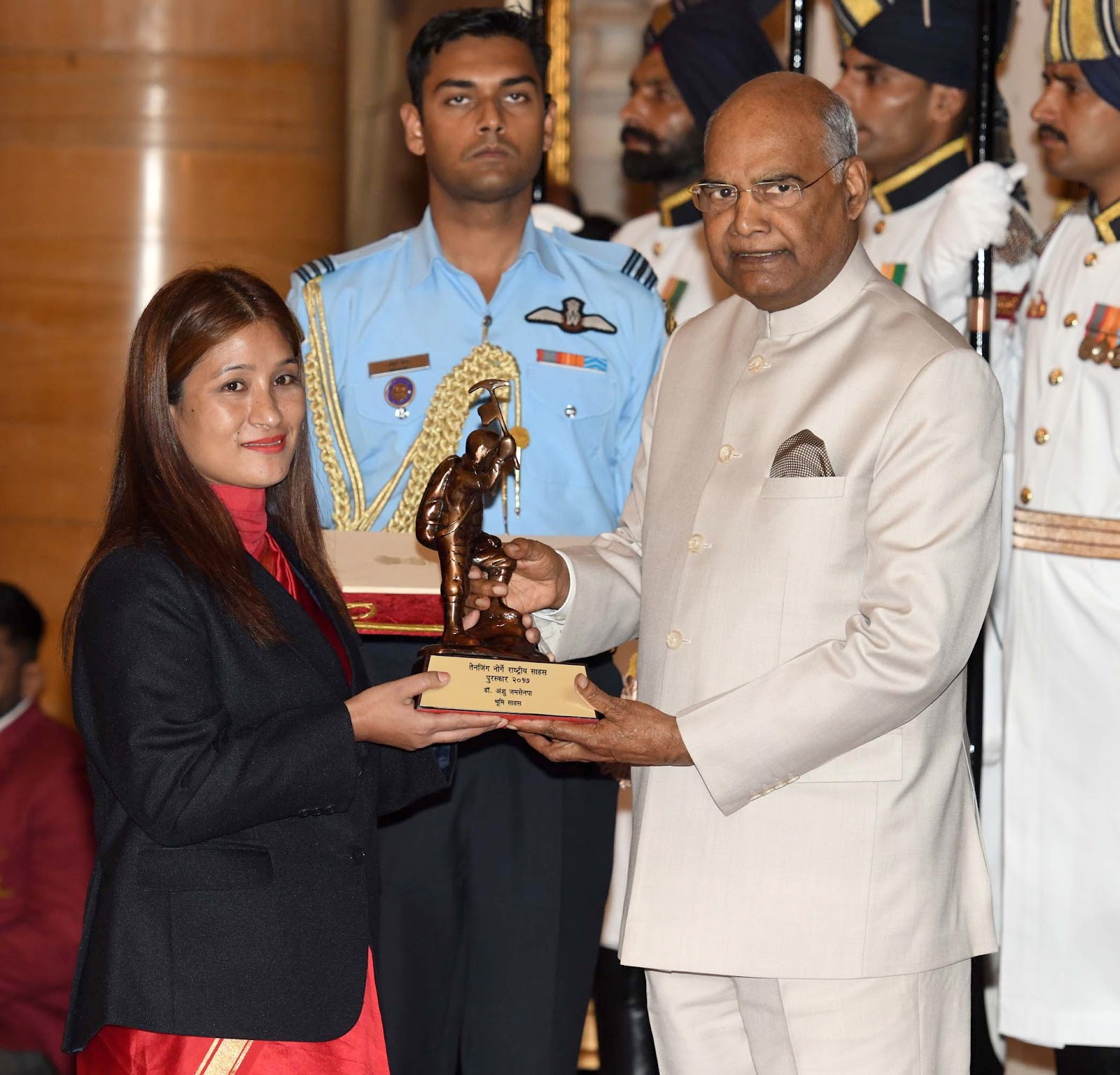 The mountaineer from Arunachal Pradesh has scripted the world record by scaling Mt Everest within a span of five days – on May 16 and May 21 in 2017. Earlier, 38-year-old Anshu hailing from Bomdila, a remote town in Arunachal Pradesh created a mountaineering record by climbing and unfurling the national tri-colour atop Mt Everest on May 12 in 2011 and again on May 21 twice in a span of just 10 days. In the year 2013 she again climbed Mt Everest.

Anshu, however, felt that the government must give importance to adventure sports which otherwise, are neglected.

“Adventure sports never gets its due if compared to the other disciplines. We also work hard and bring laurels for the country. But sometimes, we feel quite de-motivated given the lack of recognition. I wish the government and concerned department of sports will do the needful,” she added.

Anshu who has set a new world record last year, said that northeast India has the potential to explore the avenues of the adventure sports, and achieve significant feats in this sporting discipline.

“By promoting adventure sports, the government can even boost the tourism and revenue of the state. There is a new generation of young boys and girls who want to be in adventure sports and it will be great if the state governments come forward to encourage them,” added Anshu.

The negligence towards adventure sports was reflected at this year’s Sports Award event. The Union Ministry of Youth Affairs and Sports -- which issued a press statement on September 20 about the event -- explicitly listed all the awards and sporting disciplines, but the release didn’t mention anything of the Tenzing Norgay Adventure award.

“I always believe that adventure sports has a lot to contribute to our society in building our nation as a sporting nation. It’s really sad to see that a major mistake has been done during the press release of Ministry of Youth Affairs and Sports when they forgot to mention the Tenzing Norgay Adventure Award and its awardees. It’s really sad that adventure sports doesn’t get its due recognition in our country and the importance it deserves. I think it’s one of the most thrilling and exciting sports. Anshu has rightly said that northeast India can be a hub for adventure sports,” senior Guwahati based sports journalist Prarthana Hazarika told The Citizen.

Hazarika also said that it’s high time that the government gives adventure sports its due. 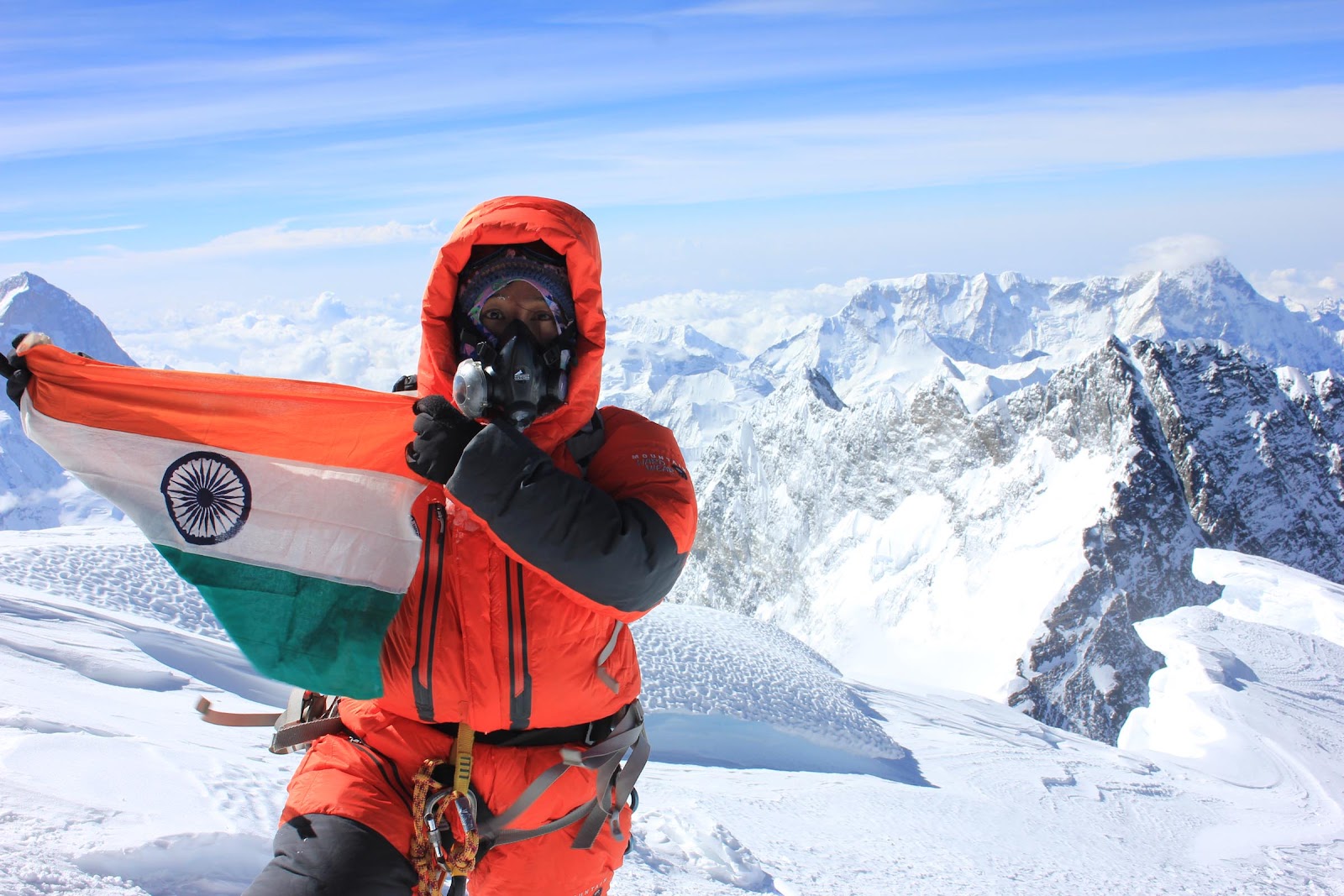