The Makers of Ravana and Durga

As Dilliwallas gear up to enter the festive season, a group of workers, who have come specially to the city from their distant homes to provide the essentials for the festivities, get down to some real hard work, stretching to 16 hours a day. These are the makers of Ravana and Durga.

Most of the workers crafting effigies of Ravana in Delhi for Dushera celebrations come from Bihar. For years these Ravana makers have created these huge effigies by the sides of the Najafgarh Road, near the urban village of Titarpur and the middle-class colony of Tagore Garden, in West Delhi. 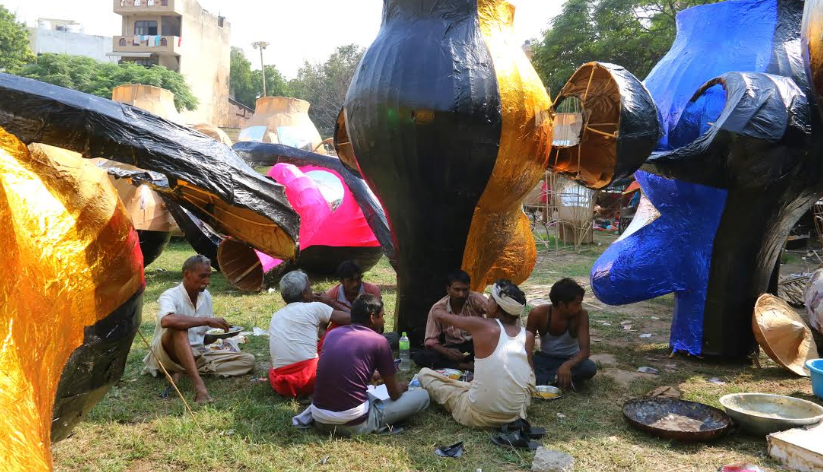 Over the decades Titarpur has become synonymous with these Ravana effigy makers. Every year for two months they occupy every nook and corner along the Najafgarh Road, as their Ravana making workshop. On the days leading up to Dushera, the huge Ravana heads lining the road as one drives through present a curious sight.

This year, however, they did not get permission from the city administration to work here, as they were considered as an impediment to the smooth flow of vehicular traffic. After a legal wrangle, the Ravana makers got a new working site for themselves, in nearby Subash Nagar (Chhatriwala Park) and Hari Nagar (Beriwala Park).

At the new Ravana making site at Beriwala Bagh, the day, as always, begins with a prayer to Ravana. “We begin our day by invoking the blessings of Ravana. We do this because as we all know, Ravana was a great scholar and more importantly, he is responsible for getting us our daily bread,” says Dase Ravanwala, who has been making and remaking Ravana for the past three decades.

Workers such as Ravanwala are employed for a two-month period by the traditional Ravan makers, the Gadia Lohar community, in Delhi. The work, especially making the skeleton and the face of Ravana using strips of bamboo, requires considerable skill. Manu Madho, who comes from Begusarai in Bihar, is one of them: “It is tough work and it involves some skill. But the money is good, which is why every year we come here from Bihar, specially for making Ravanas.”

The effigies are made using a frame of bamboo, which is then given a covering of old saris, which is then pasted over with paper. The last work is the paint job. The challenge is to make Ravanas as tall as 80 feet, with even greater heights reached in case of special orders. These orders come from different parts of the city, and from Haryana, Punjab, U.P. and Rajasthan.

Just three kilometres away, at the Paschim Kalibari temple in Janakpuri, one can witness the Delhi version of Kumartuli, the famous Durga-idol making centre of Kolkata. Here, a group of workers from West Bengal are busy giving shape to Durga and accompanying idols, for the upcoming Durga Puja festival. Every year, these artists come to Delhi from Kolkata and spend three to four months in a makeshift tent, giving shape to these idols.

Paschim Kalibari is one of the main centres of Durga-idol making in the city, the other being C.R Park in South Delhi. Says Jagdish Pal, 44, from Nadia district of West Bengal, “I learnt the art of making idols from my father. I started coming to Delhi almost two decades ago with my father to make idols. He is too old now to make the journey, so I have come here on my own. The money in Delhi is good and our work is also appreciated a lot.”

They create Durga idols using clay, straw and then finally painting. The most important part is the decoration and ornamentation of the idol. “Most of the stuff used in decoration, such as dhak shajja, we have to get from Kolkata,” says Bimal Sen, another idol maker. The artists try each year to come up with new designs and themes for idols, to keep the clients happy.

The challenges faced by the makers of Ravana and Durga are quite similar. The rising prices of the materials present the main challenge. It is a tough fight, especially for the Ravana makers. They also have to deal with poorer working and staying conditions. This year, a new challenge has been added. Says Rajesh Singh, “Najafgarh Road was a good spot to sell Ravana effigies, as the visibility there was good and it was easier to transport the completed effigies from there. But we are not sure about this new site. Now, only a few days are left for Dushera, so things will be clearer soon.” 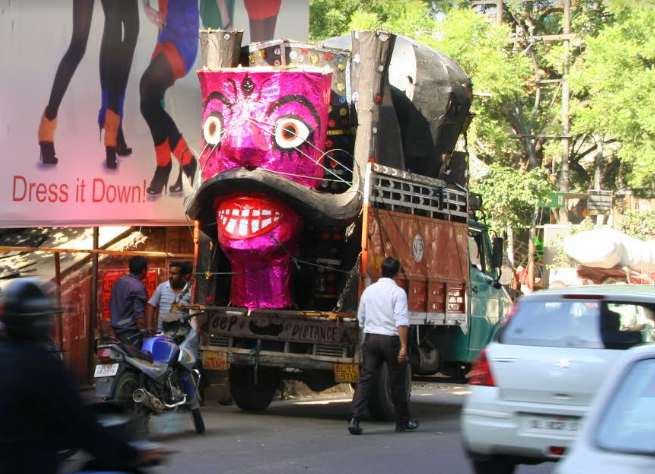 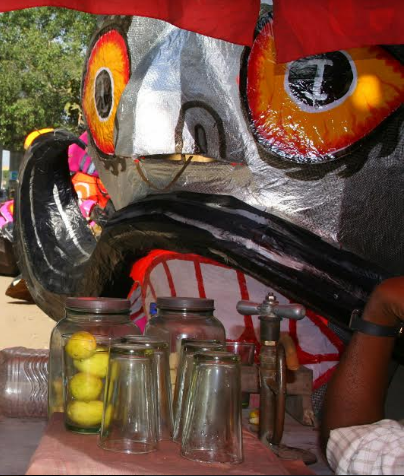 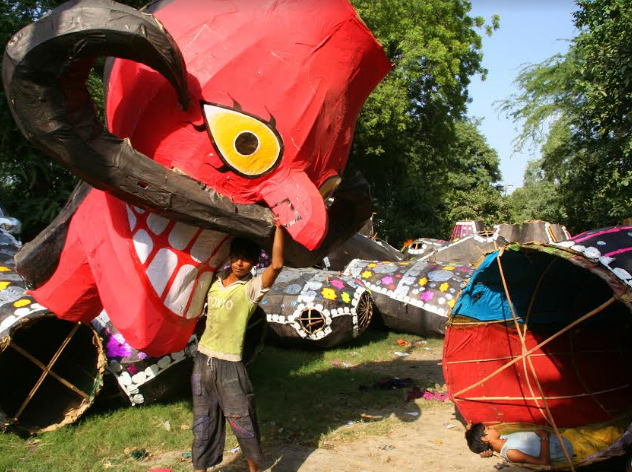 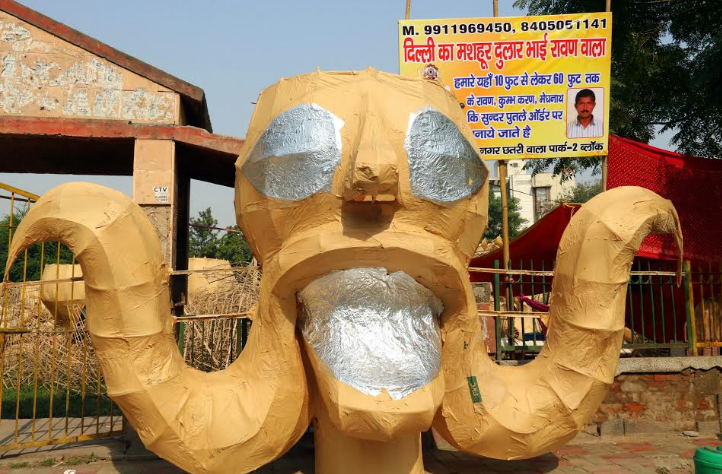 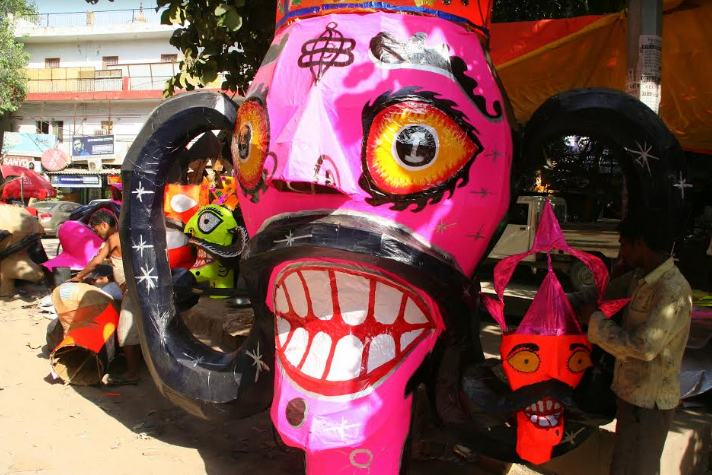 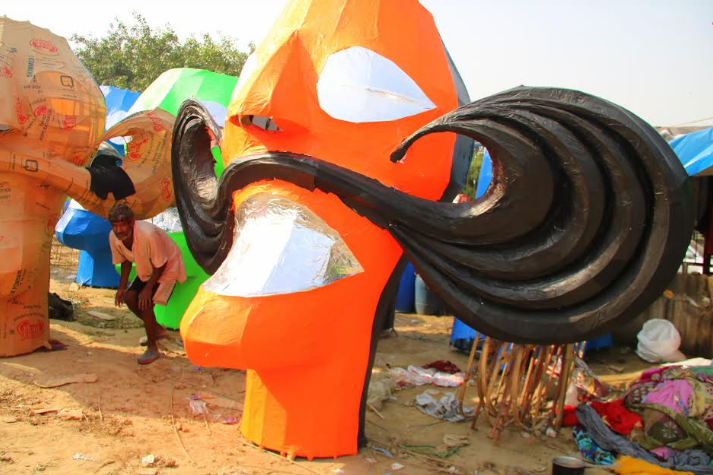 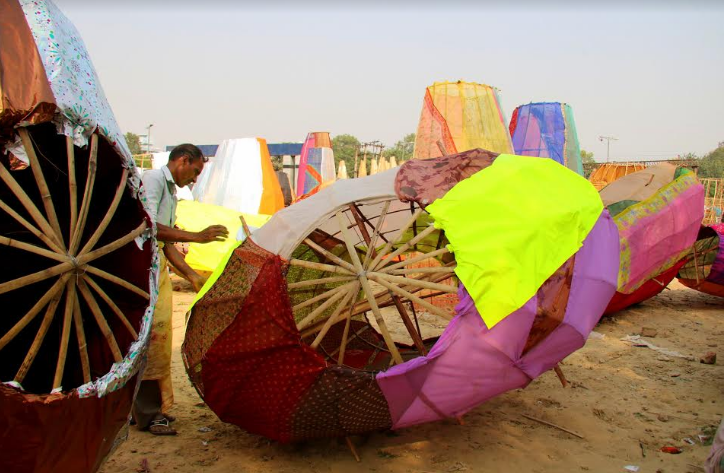 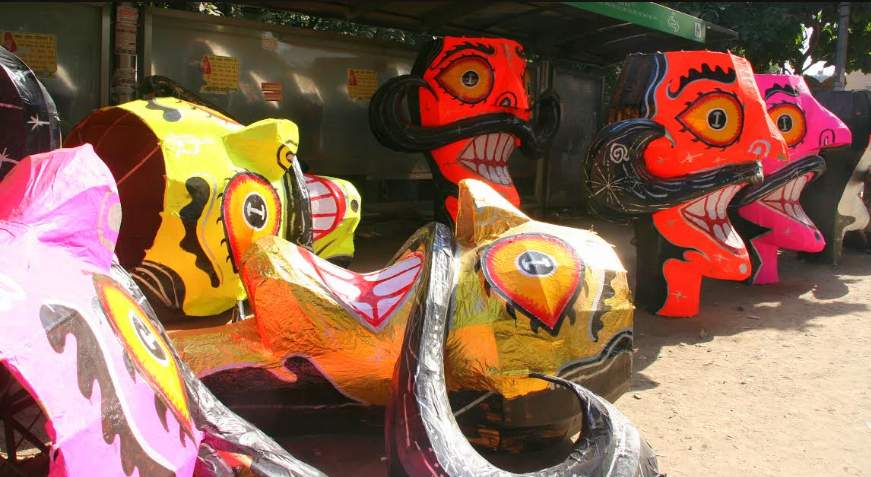 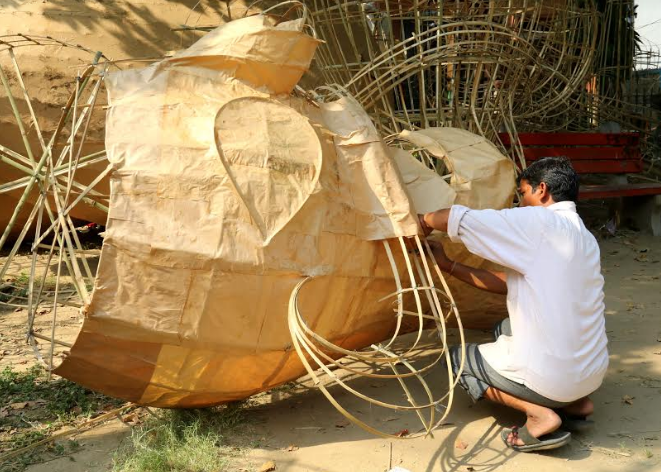 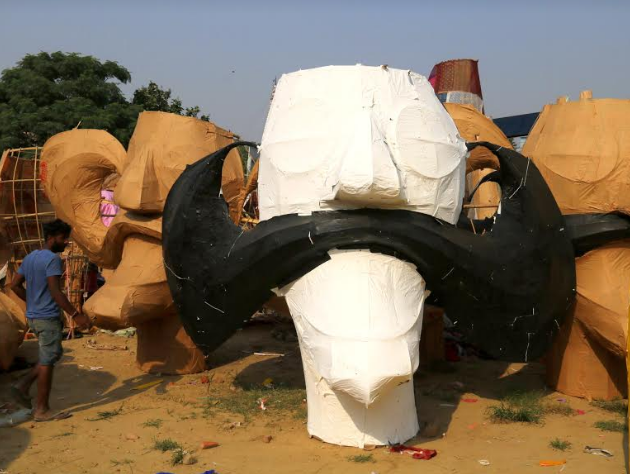