It’s early morning, and the fishermen of Bekal on the Karnataka coast are returning from the morning’s fishing trip. A small crowd develops on the beach, surrounding the traditional boats that have just been pulled in. The catch is small and the faces that brought it in do not look happy. With fuel prices shooting up, this is the usual morning scene.

The scene is similar across the Malabar coastline, across the states of Kerala and Karnataka. 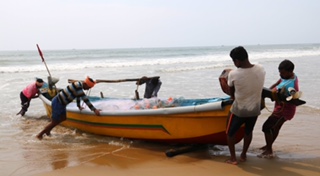 All along the Malabar coast, fishermen were waiting eagerly for the two-month monsoon fishing ban to end. They had prepared their boats and equipment in anticipation. But their planning and hopes were hit hard with a new problem: the extremely high price of diesel. With diesel costs hitting the roof, going fishing in a diesel-powered boat is becoming a losing business. Now the fishermen are increasingly falling back on the option of taking their traditional wooden rowboats out to sea. But these are smaller and cannot go as far into the sea. They also need more hands to operate. 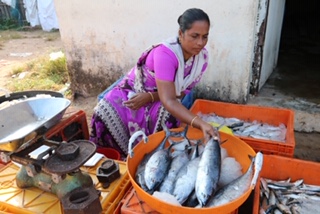 (It is difficult making a living selling fish. A woman with the day’s catch in Gokarna, Karnataka)

Which means a smaller catch of fish, and more people to share sales with. For those who depend solely on diesel powered trawlers, even the traditional paddle boats are a problem. ‘Increased fishing by the smaller handpowered traditional boats is causing problems for the diesel trawlers. The smaller boats catch all the small fish near the coastline. That forces us to go even further into the sea, which means more consumption of diesel,’ says Satish, a fisherman from Gokarna in Karnataka.

With fuel prices sky high, fishing communities across the country are facing a tough time. In Odisha on October 21, for the first time ever, the price of diesel went higher than the price of petrol, reaching above Rs 80 per litre. In Tamil Nadu, as diesel prices crossed the Rs 75 per litre mark, the fishing community in Rameswaram, where around 900 diesel powered trawlers operate, threatened a strike. They pointed out that the diesel subsidy they get is not enough to cut the losses they’re suffering due to high diesel prices. They also threatened to bring their protest to Delhi, to press their demands with the central government. 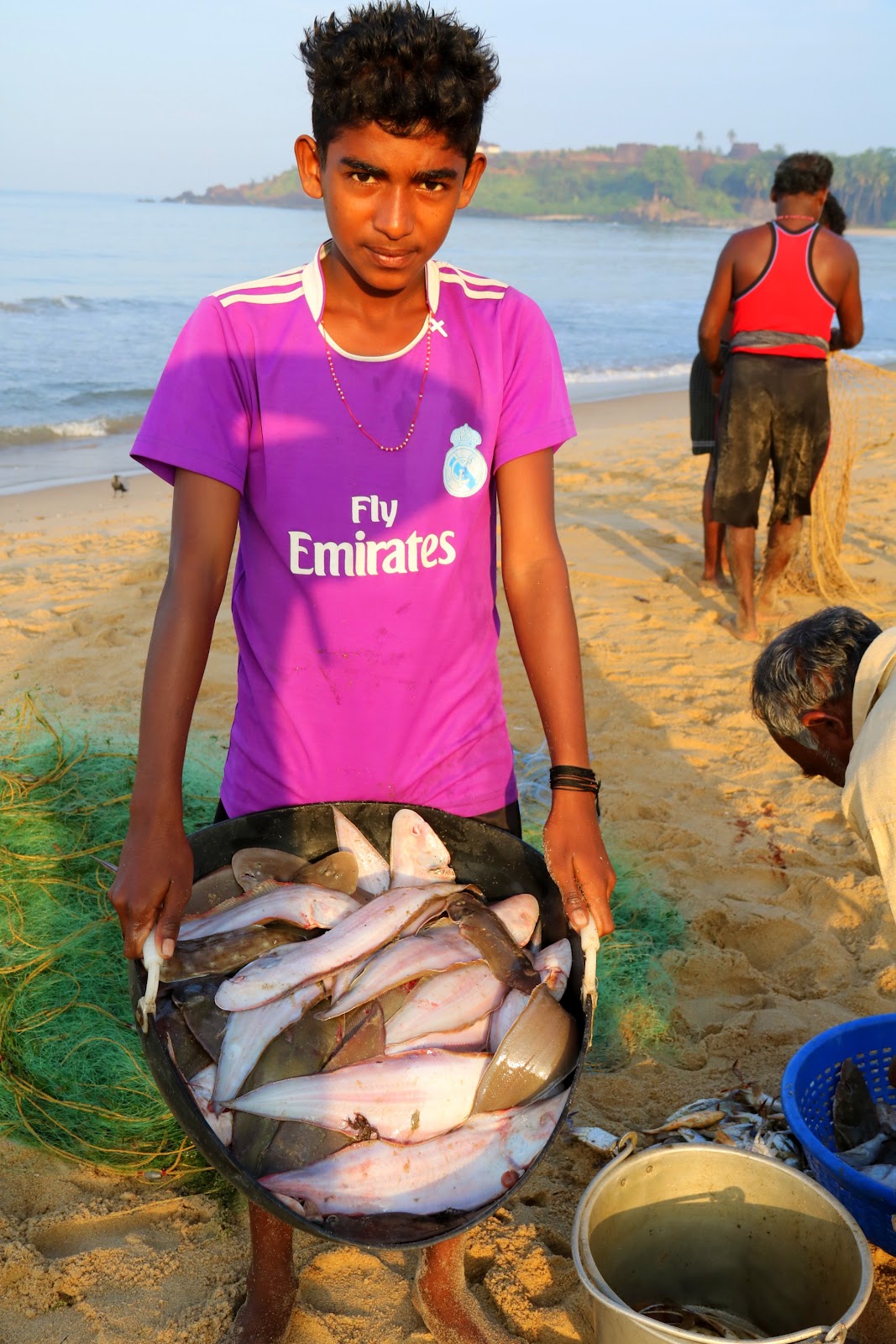 (A boy with the morning catch in Bekal, Kerala)

On October 3, fishermen from several states met in Madgaon, Goa, to discuss their plight. One of their demands is that the union government should bring diesel prices under the ambit of the goods and services tax. The reality is that diesel is an important ingredient in the fishing business. With fish populations in freefall, fishermen depend on the power of diesel to take them ever deeper into the sea to net a good catch. Each fishing trawler burns around 5,000 litres of diesel per month. 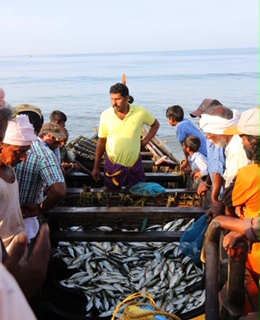 (A busy morning in Bekal, Kerala)

In Kerala, the state government provides a sales tax exemption of Rs 9, which must be claimed later. ‘If diesel prices remain high, there’s no way we will be able to make profits in the coming months of November and December, which are the peak fishing months for us, and when we consume up to 8,000 litres of diesel a month,’ says Mohammad Hamza, from Kanhangad, Kerala. 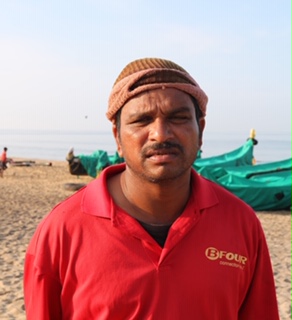 The Malabar fishing community has been facing financial hardship for a while now. A study by the Malabar Coastal Institute of Training Research and Action found that the average monthly per capita income of a fisherman is only half of that of the average Kerala resident.

As a result, many are leaving their fishing work and trying to earn a living through other means. Raghvan from the Mukua fishermen community in Bekal says, ‘Fishing activity is no longer a viable livelihood option for us. There is simply not enough money in it. We have given a representation to the local member of parliament demanding the building of a harbour so that we can get some work there.’