One of the high points for me as curator of the Discovering India section at the 20th Jio MAMI Mumbai Film Festival with Star, was observing the child actor Sunny Pawar at close quarters. He is the star of Chippa, one of the films in my four-film selection.

The Discovering India section presents films that are quintessentially about India but have a foreign hand, mainly the director or producer. Chippa is the debut work of director Safdar Rahman, who now commutes between Brussels and Kolkata. He works alongside his Belgian wife, Celine Loop, an experienced film producer. The duo worked with Q Mukherjee’s Oddjoint, and now run their own production company, Travelling Light. Chippa is their debut venture.

The film is all about a young runaway boy of the streets as he goes through one long lonely night and vigil, wandering the streets, taking whatever adventures he has in his stride. There is an emotional twist at the end which grabs your heart – but otherwise the film looks with detached observation upon this confident, self-sufficient little boy whose life is entirely in his own hands, and he has no qualms about that responsibility.

He is in no way the typical street-smart, smart-ass boy that symbolizes his type. This little boy demands respect and concern. You know that he is a survivor who can beat others in the game of living life on the edge.

A huge bonus for me was talking to Sunny Pawar as the confident youngster he is during a screen break. I learned that success in filmdom is something he looks at with adult wisdom and not adulation. 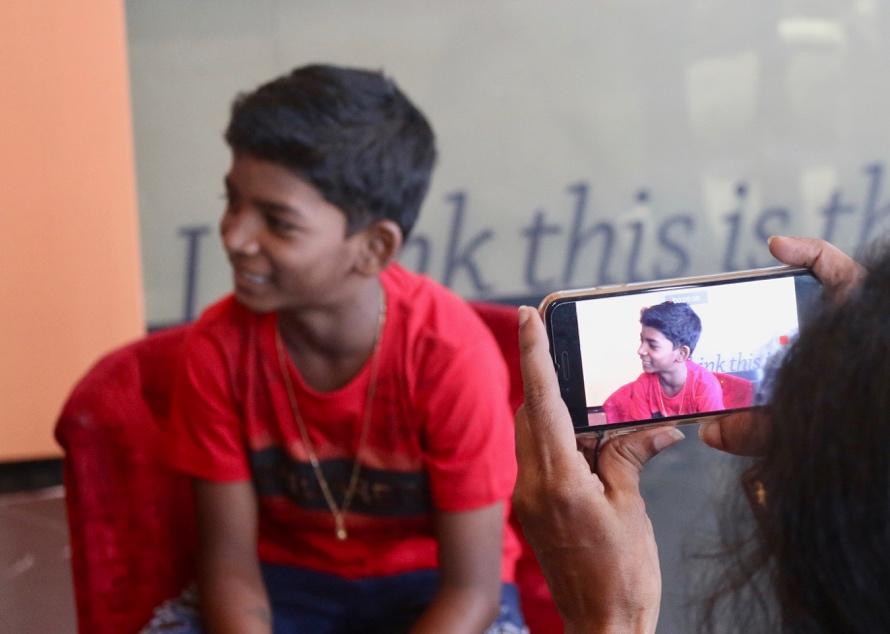 Sunny is absolutely sure even at age 10 that he wants to be an actor. His training and experience have had a remarkable head-start. He was in the film Lion with Nicole Kidman and Dev Patel (his eyes light up for a second saying the name). He casually says that he went for the shoot to Australia and describes Nicole as a nice, caring lady. He adds that he has also been to London and the USA. He is not quite sure where in the USA. For which film? “No film – just interviews,” he shrugs in his matter of fact way. This is his typical style and a bit disconcerting for the over-emotional interviewer.

What strikes one about this remarkable young child is that he is deadpan about everything. He remains unfazed and unimpressed with the career that has come his way. This, even while studying in a suburban Mumbai school and doing things that are completely beyond the reach of others in his class. He acts intuitively, without examining his role or its nuances. He never questions his performances – he is happy with what he has done and just moves on. A concession he is making to his craft is learning how to dance. Oh dear – is this Bollywood beckoning?

Sunny has two siblings, a sister and brother. His caring but non-fussy, nonchalant father came to his MAMI screening. The father stayed away, keeping an eye on his son from a distance, seeing that he got his cold drink and eats when needed, in no way demonstrating any paternal pride or possessiveness. He just stood there, being a support only when called upon to do so.

The celebrity tag does not seem to affect these two.

Director Safdar Rahman and his team of producers, Sushil Kumar Agarwal and AVT Shankardass, and fellow actor Chandan Roy Sanyal and Sunny Pawar, addressed their appreciative audience soon after Chippa’s screening. They were moved and happy at the warm reception the film received at their very first public screening.

The director explained how, his being from Kolkata, young boys drifting dusk to dawn through its streets is a familiar sight. Asked why in his film the small boy met only kind and concerned people, Rahman said that this was largely his experience with people – that kindliness towards children is an in-bred instinct. 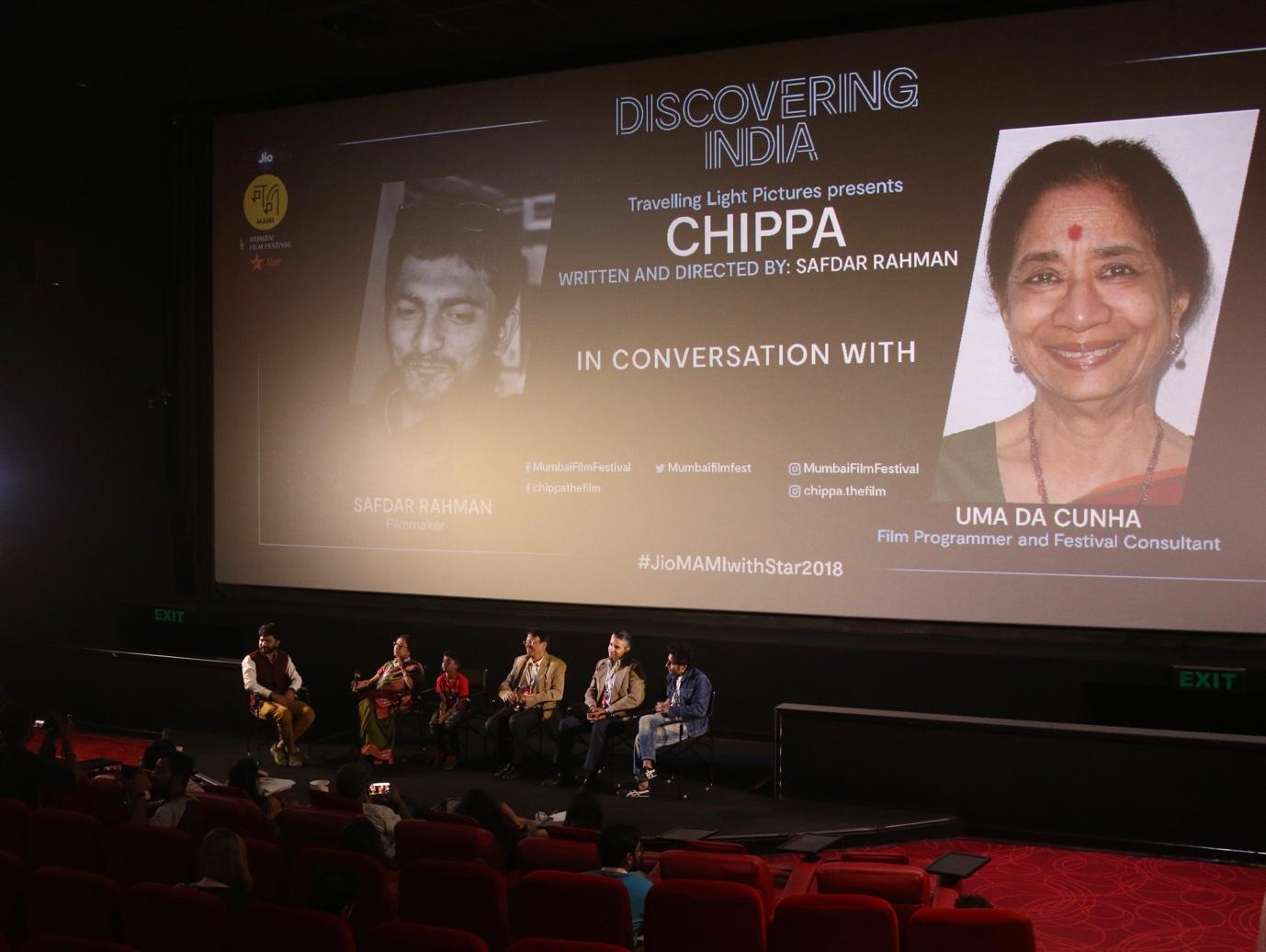 When asked who his favourite actors were, Sunny Pawar’s reply came with his usual lack of hesitation or uncertainty – Rajinikanth and Ajay Devgn. Somewhat astonishing choices in our star-studded glamour world. The former name was a surprise and seeing our faces, he immediately demonstrated a typical Rajinikanth move and gesture to justify his choice.

Chippa has had a confident and encouraging start at MAMI. It will now make its choices in festivals abroad and in India before charting its way into the country’s distribution world. It deserves all success in both worlds.