The Other Delhi: Rahim's Serene Tomb

The aged tomb sits prominently on the busy Mathura Road, which used to be called the Mughal Grand Trunk Road. And unlike the neighbouring Humayun’s Tomb, this tomb neither very big nor crowded with tourists. As we enter through the gates, we are told by some officers that going upstairs (where the grave lies) is not allowed as it is under renovation. We come to know that Aga Khan Trust and Interglobe Foundation have come together to preserve this piece of Mughal architecture.

Abdul Rahim Khan-i-Khana was a Mughal era poet and one of the nine ministers in the court of Akbar; of the famous council known as the Navaratnas or Nine Jewels. He was son of Bairam Khan, the mentor and guardian of the young Emperor Akbar.

It was Khan-i-Khana, better known as Rahim, who translated Babur’s memoirs, the Baburnama, from Chaghatai Turkish into Persian. Besides poetry he also wrote books on astrology. There is an entire village named after him – Khan Khana – in Indian Punjab.

But not many people know of Rahim as a minister. He is better known across the subcontinent as a poet, immortalised in his dohas (a couplet form) which are today taught to children in schools. Rahim's couplets were written (and spoken, and sung) in Braj Bhasha and are regarded highly.

In these lyrics Rahim never preaches. His dohas are very simply put, of what he observes around himself. The first line of the couplet tells us what he has observed, and the second gives an example from daily and ordinary life. This is the way with almost all his dohas:

What is marred cannot be remade, try however many times;
You cannot churn butter, Rahim, out of spoiled milk.

Don’t snap the thread of love, Rahim;
Broken, it cannot be fixed again, except by a knot.

Rahim's tomb was built for his wife, who is also buried there, in 1598 by Rahim himself. It is the first Mughal tomb built for a woman. Upon his death some three decades later, he too was buried in it.

The interior of the tomb, especially the ceiling, is decorated with ornamental plaster work in floral patterns, while the external surfaces are decorated with stucco work in geometrical patterns.

It is said that Rahim built his tomb here because of its proximity to the dargah of Nizamuddin Auliya, as it was considered auspicious to be buried near a saint's grave. This is also said to be the reason behind the location of Humayun's tomb.

It is ideal to visit this serene tomb alone, with no one to disturb your peace of mind. It is open every day of the week, from sunrise to sunset. 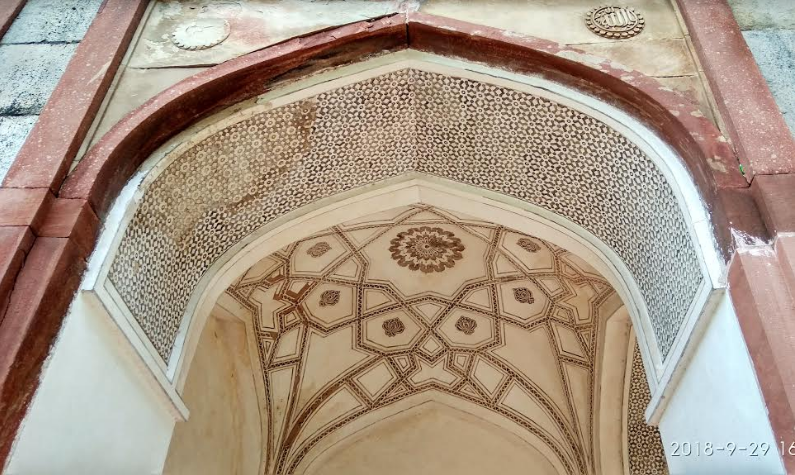 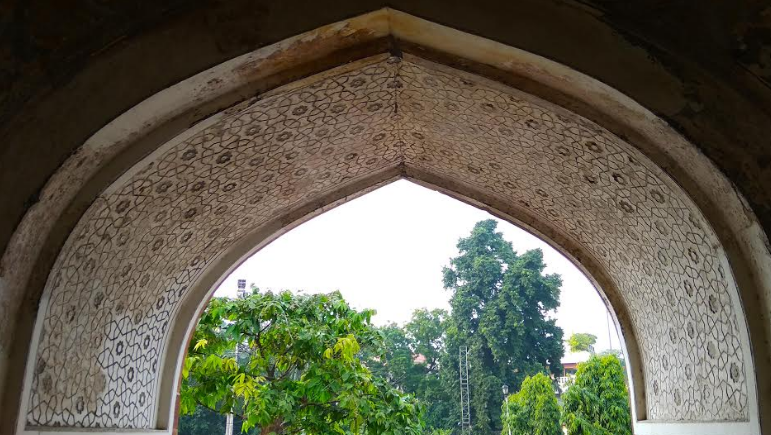 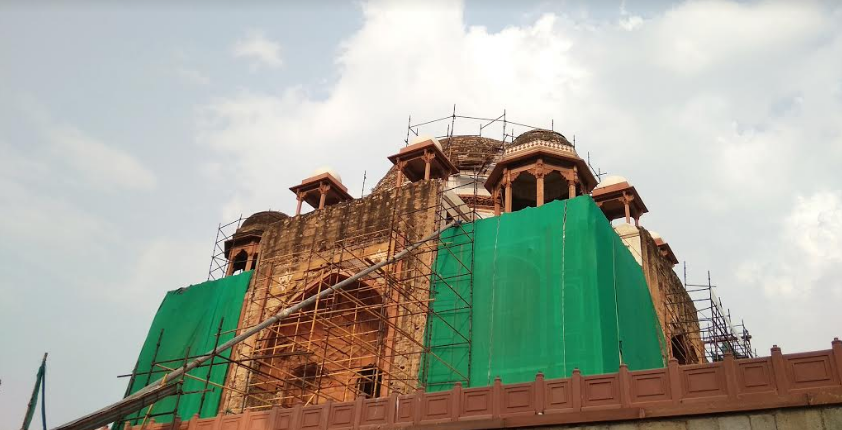 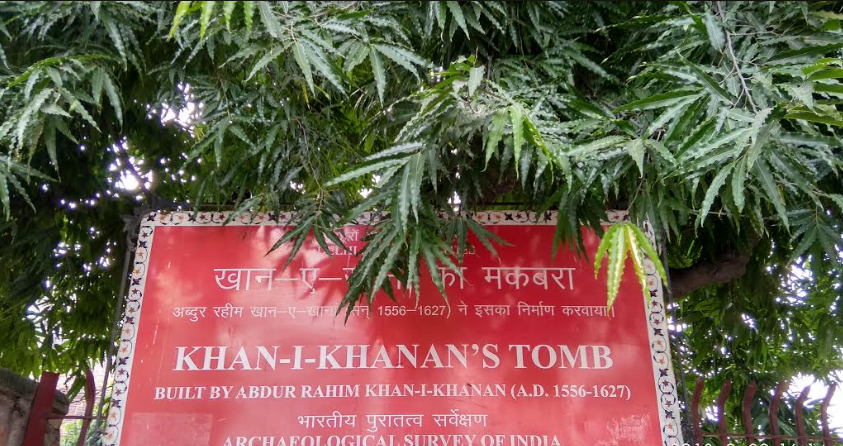 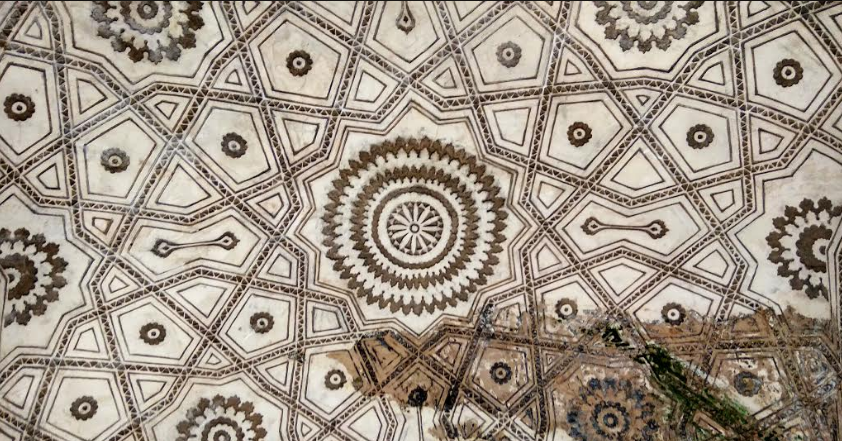 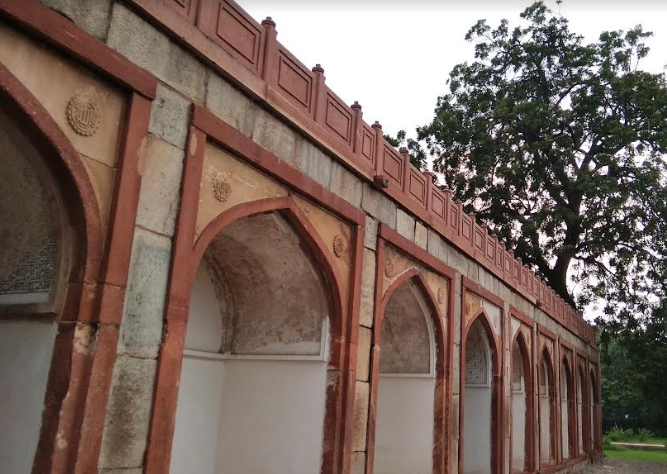 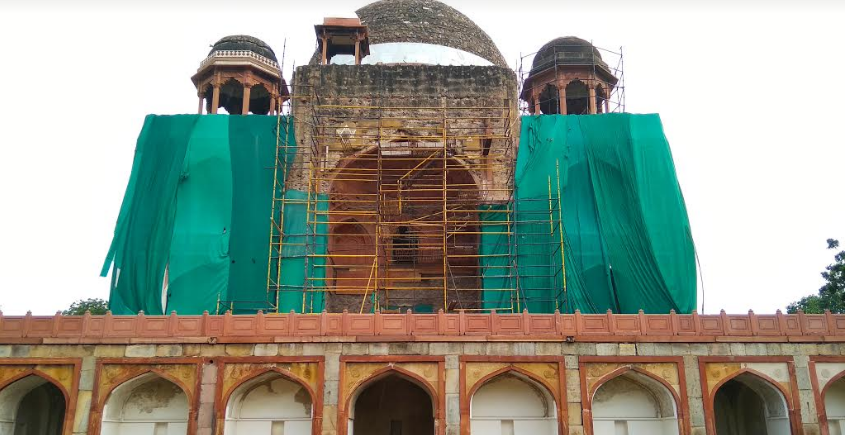 (Mehdi H. Khawaja is a student at Jamia Millia Islamia).