Indira Gandhi 101, And Still in ‘Charcha’

MY first meeting with Indira Gandhi happened sometime in mid-1950 when the Gandhi boys, Rajiv and Sanjay, were in the Doon School and their mother was a frequent visitor to Dehra Dun to meet them. Sometime she came alone, while on other occasions she accompanied her father, Prime Minister Nehru. Indira Gandhi was my sister Neel Kamal’s idol; she admired Mrs. Gandhi’s dress sense and the elegant way she draped her sarees. “You are a journalist and could easily meet Indira Gandhi,” and she insisted that I took her to see Mrs. Gandhi. I had met Nehru earlier on a couple of occasions but somehow didn’t have the chance to meet Mrs. Gandhi.

The opportunity came a week later on 19th November when both Nehru and Indira Gandhi were visiting Dehra Dun and were staying as usual at the Circuit House. So that morning, my sister and I cycled to the Circuit House a little before 10 a.m. Neel Kamal was farsighted enough to knit a blouse for Mrs. Gandhi. She had nicely gift wrapped it, ready to be presented in style to her. Those were the balmy days when the dreaded word, “security”, had not made its entry in the political jargon. If you wanted to meet a VVIP, you just went and met him or her. Ram Prasad, Circuit House’s man Friday greeted me in the verandah, “Aap Pandit ji se milna chahate ho,” he asked. “Nahin, mein or meri behan Indira ji ko happy birthday karne aayen hein,” was my answer.

Mrs. Gandhi had not by then come out of her suite. Fifteen minutes later, she appeared in a graceful splendor. It was our first face-to-face meeting with Indiraji. Holding her nerves, my sister first introduced herself and then me in Hindi. We duly presented the knitted blouse to the “birthday girl”.

How we were able to break the ice, spend nearly half an hour with her over a cup of tea and even got ourselves photographed with her is a long story that I have repeatedly told over the years. Thereafter, she left for the Doon School to fetch her sons, and to take them out for an ice cream treat at KWALITY, that was then the popular rendezvous in Dehra Dun. 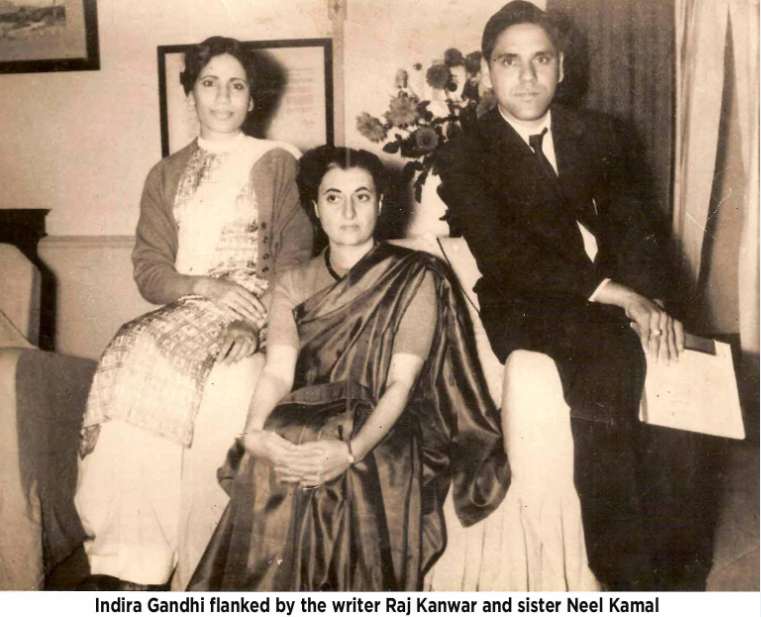 Subsequently, I met Indiraji whenever she visited Dehra Dun, and also did a few stories about her. From being an acquaintance, I had become a ‘friend’ of sorts. My high academic background and the fact that I was a prominent student leader had obviously impressed her, and I suspect that in a general sense, she started liking me and talked about this and that. Once she had even invited me to join the Youth Congress, presumably in a position of responsibility. But as was my wont, I declined the proffered offer. Ideologically, I was then more inclined towards Praja Socialist Party, that in retrospect, appeared foolhardy.

Indira Gandhi’s link with Dehra Dun had become stronger because her two sons studied here. They were first put in Dehra Dun’s Welham Preparatory School for Boys and thereafter they moved to the Doon School. In the process, she had developed very good personal relations with Miss Hersilia Susie Oliphant, Welham’s Founder and the principal. She had also become equally friendly with the Doon School Headmaster John Martyn, as also with KC Joshi and Dr. Hari Dutt Bhatt, the successive Housemasters at the Kashmir House, where the two boys were housed. However, it went to her credit that she did not ever throw her weight about, and was very polite, courteous, and observed all the schools’ rules and regulations. Never once did she break the schools’ protocol or sought favours. At one time when the Doon School’s Headmaster Martyn sought withdrawal of Sanjay for telling a lie, she quietly withdrew the ‘admonished boy’ without demur or ill-will.

In the meantime, I had become like a rolling stone. First, I moved to Delhi as a reporter on the staff of the INDIAN EXPRESS. Thereafter, I joined the Himachal Pradesh government as the editor in its directorate of public relations and tourism. My next job was as the first Public Relations Officer (PRO) of Oil & Natural Gas Commission (ONGC) and was posted in Baroda to help start operations in Gujarat. My next posting was in Sibsagar in Assam. Scared of spending all of my life in a government company, I resigned and came to Calcutta where I immediately found a job in a leading private company as its advertising manager. Though the job was lucrative and provided me many social opportunities, I direly missed my hometown. The green valley repeatedly beckoned me. So I again put in my papers resigning the top executive job in Calcutta and returned to Dehra Dun. I was then a bachelor and homesick. My father had passed away in 1962 and the ‘home’ was only my younger brother.

Thereafter, I started a newsweekly called WITNESS on 15 August 1964 that became a big hit. It was then that I resumed my contacts both with Nehru and Indira ji. Rajiv had left the Doon School in 1960 and Sanjay in 1961. Mrs. Gandhi’s visits to Dehra Dun had become minimal. During those days, I only met her two or three times, and the old warmth seems to have returned. I told her what I had been doing during the interregnum, and she looked at me as if in a reproach.

Nehru and her Indu spent four days in Dehra Dun’s salubrious climate; Nehru had met one of his old friends Sri Prakasa, and seemed to be in good spirits. As the sun set yonder beyond on the evening of 26 May, Nehru and Indira took off for Delhi. None in the assembled gathering at the helipad could imagine that it was to be Nehru’s last sunset. India’s first Prime Minister and “darling of the masses”, Nehru did not wake up the following morning. It was just befitting that Nehru had spent his last four days in Dehra Dun, the city he had loved immensely.

Indira’s own life had truly been like a roller coaster ride. Ups and downs, downs and ups – that in nutshell was her undulated life journey spanning 67 years. At times, she was at the pinnacle of her glory and power, and then one day suddenly rolling down as if from a precipice. She remained the Prime Minister of India for a total of 5,829 days spread over three tenures. The declaration of Emergency on 25 June 1975 was a black spot on Indira Gandhi’s otherwise bright image. However, on the whole, she was considered as one of the most competent Prime Ministers that India has had. India’s victory over Pakistan that led to the birth of Bangladesh in 1971 was her crowning glory. That was proved to the hilt when she returned to power with a massive majority in the 1980 elections.

The Indira Gandhi that I knew was suave and courteous, and never imperious. She was very polite with the staff at the Circuit House where she lived; she was greatly respectful to seniors as also the masters at the Doon School. That was the Indira Gandhi I had known. I did not have the opportunity to meet her after she became India’s Prime Minister. I sent her a few letters which remained unanswered, and probably not even delivered to her. When she was assassinated on 31 October 1984, I shed many tears and wondered what would have happened if our friendly relations had continued.

(Even at 88, RAJ KANWAR has neither lost zest for life nor for writing. His latest book is “ONGC: The Untold Story” which is being published by BLOOMSBURY). 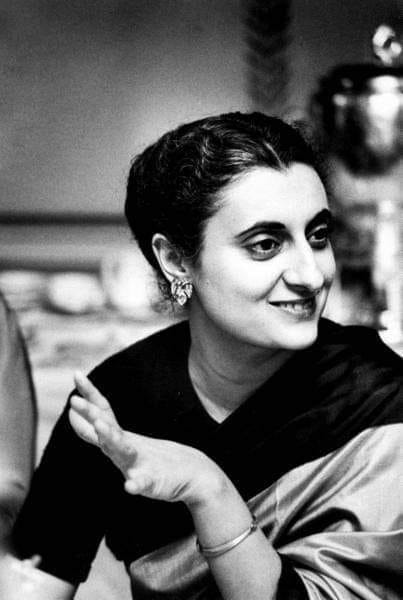