Business With Pleasure At the Goa Bazaar for Films

The one-spot market haven for filmmakers to hone, promote and market their films

Film Bazaar, created and organized by the National Film Development Corporation (NFDC), provides the only organized and well-connected venue in the country for Indian filmmakers to learn from experienced sources, Indian as well as from across the world, about how to market their films internationally as well as within India. The four-day event has the familiar NFDC hand, Raja Chhinal, at its helm and his small but dedicated team of well-trained, knowledgeable persons, almost all of whom have been associated with their select tasks since Film Bazaar’s inception in 2007. 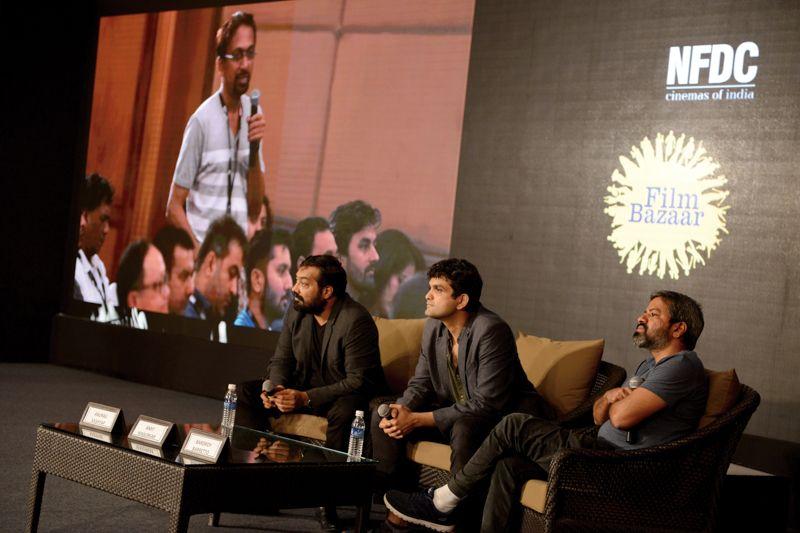 Each of the Bazaar’s four days is packed from morning to late evening with well-planned seminars and panel discussions that deal with major current issues of making films in the ever-changing world of today. Its multi-pronged sessions are open to all registered delegates, alongside some select ones restricted to smaller groups whose tasks need specialized, personal attention. The overall learning process covers script evaluation, the task of completing a script, a film needing completion funds, to promotion, how to make it reach the public, and most key, how it can find distribution, earn back its investment, and on to that rare possibility, make a profit.

The venue, the Goa Marriott Resort at the lovely Miramar beach in Panaji, and the timing, running alongside the start of the International Film Festival of India (IFFI, Goa), add considerably to the impact and thrust of Film Bazaar. Delegates can take advantage of watching IFFI’s wide-ranging selection of Indian and international films and meet their wide spectrum of delegates. 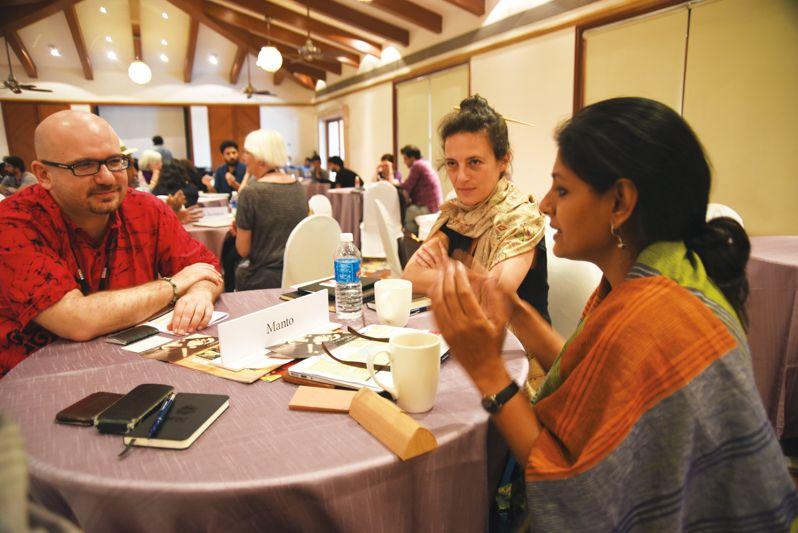 The Marriott’s spacious sea facing conference rooms get transformed into small film theatres where filmmakers screen their latest work. The popular Viewing Room screens over 170 carefully selected films that are brand new and set to make a mark. The tables alongside the swimming pool allow for casual, spontaneous meetings. In the evenings, its huge lawns make for the ideal cocktail hour where all delegates can further their network and take their business forward. The nearby intimate eating spots serving diverse cuisines provide the relaxation needed after a rigorous working day.

The Film Bazaar has various sections running simultaneously over its days, the Co-production Market, Work in Progress Lab, Viewing Room, Industry Screenings, Producers Workshop, NFDC Knowledge Series, Film Offices (where various States Tourism bodies in India showcase their locations and incentives to filmmakers). No wonder Film Bazaar runs to full capacity, with close to 40 countries, 175 international and 800 Indian delegates participating. Those who have attended year to year comprise a virtual who’s who of the greats in the film world, such as festival directors and programmers, heads of film organisations, script labs, distribution and production houses, talent scouts, and representatives of leading international film magazines, at times Screen and Variety.

How better to merge business with pleasure! And that’s what attracts world specialists to arrive in numbers at the Bazaar.