Trying to Buy a Dream in Kerala

In the southern Indian state of Kerala, which is identified in the tourist circuit with the phrase ‘God’s Own Country’, there are millions who remember and pray to their God every day. Not for religious reasons, but simply so they may end up with a winning lottery ticket.

You may never have bought a lottery ticket, but it may interest you to know that in November 2018, the Kerala State Lotteries Department celebrates its golden jubilee. Although the recent Kerala floods led to a decision to tone down celebrations, the passion for the lottery is as high as ever.

It was on November 1, 1967, that Kerala state sold its first lottery ticket, becoming the first Indian state to do so. The lottery culture initiated with that first sale is still going strong, and is now an integral part of the daily life of many Keralite citizens. 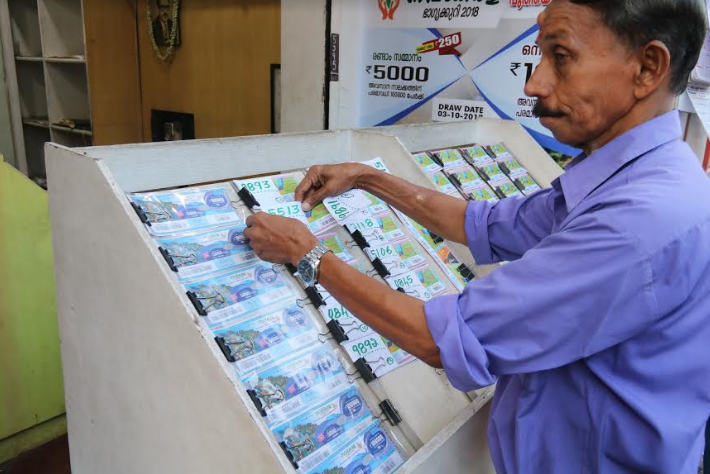 Today, according to estimates, 95 lakh lottery tickets are sold in the state every day. Another estimate puts the number of individuals who earn their daily living through the lottery system in Kerala at 2.5 lakhs. All things considered, it is a distinction that has a dubious side to it too.

It all began when EMS Nambooripad was chief minister of the state, with PK Kunju his finance minister playing a pivotal role in initiating the lottery system. There was stiff opposition to the move then from opposition ranks, but the government argued for using the lottery as a means for providing employment, and supplementing state finances for the operation of various welfare schemes for the weaker sections of the society.

Firdouz Hameed (32) is Kunju’s grandson. He is a resident of Ernakulam and runs an IT company here. He says, “My grandfather was a visionary, a man full of ideas, and was close to EMS. He initiated the lottery system amid a lot of opposition, but he knew what he was doing. Despite some problems over the years such as duplicate or fake ticket rackets, the system has been a success.”

He adds, “Addiction to the lottery is also an issue, with many daily wage earners compulsively buying as many as 30 tickets a day. On the other hand, many individuals, especially physically handicapped people, are earning their living through the lottery trade.”

Every once in a while, the local press carries news items about individuals who turned millionaires overnight after striking it lucky in the lottery. Such news fuels the continued passion for lottery tickets among the masses.

In July 2016, a young woman named Nabeesa, a rubber tapper from a village in the Thiruvananthapuram district and in dire need of money, won the Kerala State Shree Shakti lottery for a prize money of one crore rupees. 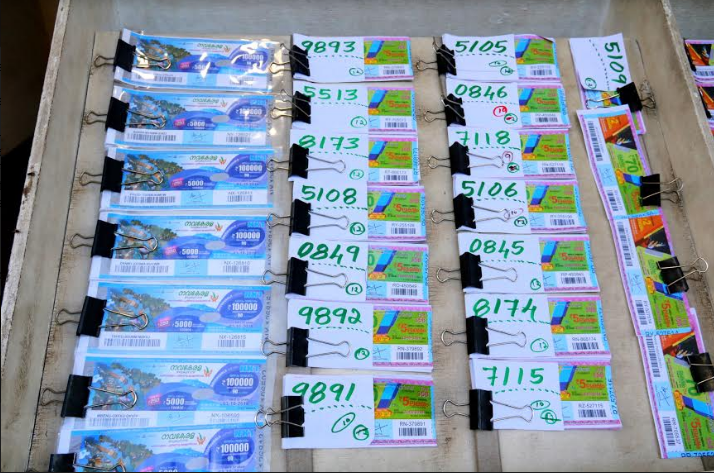 No wonder then that a visitor to the state today will find lottery tickets being sold all over the state, in makeshift roadside stalls, in permanent shops in markets and in regular neighbourhood grocery shops too. They are everywhere. Lottery ticket counters are often the first business outlets to open in the morning. In fact, you can get your lottery ticket right at your doorstep as many people sell them door to door. These tickets come in varied formats, with daily lotteries, weekly lotteries and some bumper lotteries issued during the festive season.

The fact is, in the last 50 years this lottery culture has set deep in the culture of the Kerala society. A proof is individuals such as TM Yakove, a retired government official, who has a rich collection of lottery tickets starting from the very first edition. This ticket’s design was based on the Travancore Anchal stamp and was priced at one rupee, carrying a prize of 50,000. Yakove has never won the lottery but his passion for the game knows no bounds.

There are now lottery tickets such as Stree Shakti and Karunya, which the government propagates as generating funds for welfare measures. Karunya Lottery was launched in 2011, with the aim of generating funds for the medical treatment of the underprivileged, and so far it has reportedly garnered 1,200 crore rupees.

The government keeps 20 percent of the revenue generated from lottery ticket sales, with the rest going as prize money and as commissions to selling agents.

But lottery addiction, especially among the poor, is a real problem. Tickets are usually bought by the poor working class people, though many middle and upper middle class people also participate.

“There are many who are addicted to it. They compulsively spend a part of their daily wage earnings on buying a ticket every single day. Unlike alcoholism, which largely affects the men, lottery addiction affects women as well, with many indulging in the compulsive buying of lottery tickets,” says Shameera Ashroff, a resident of Kannur. The hope that someday they too will strike gold through these pieces of paper never diminishes in them.

What gives this lottery culture its legitimacy is the tag of social good attached to it. But the culture has had a parallel negative side running all along the last 50 years. Every now and then problems such as fake lottery tickets, or the appropriation of the top prizes by relatives of the lottery stockists, or money laundering by the lottery mafia keep coming up. Even today, as the state celebrates the golden jubilee of its lottery system, there are loud voices demanding a complete ban on it.