Ahmedabad is a city comprising an array of cultural and religious mosaics. One of the major reasons it was bestowed with UNESCO’s World Heritage City tag was the heterogeneous blend of Persian and Indian facets present in its architecture. An example is the Sidi Saiyyed Mosque, a beacon of the Indo-Saracenic style of architecture. 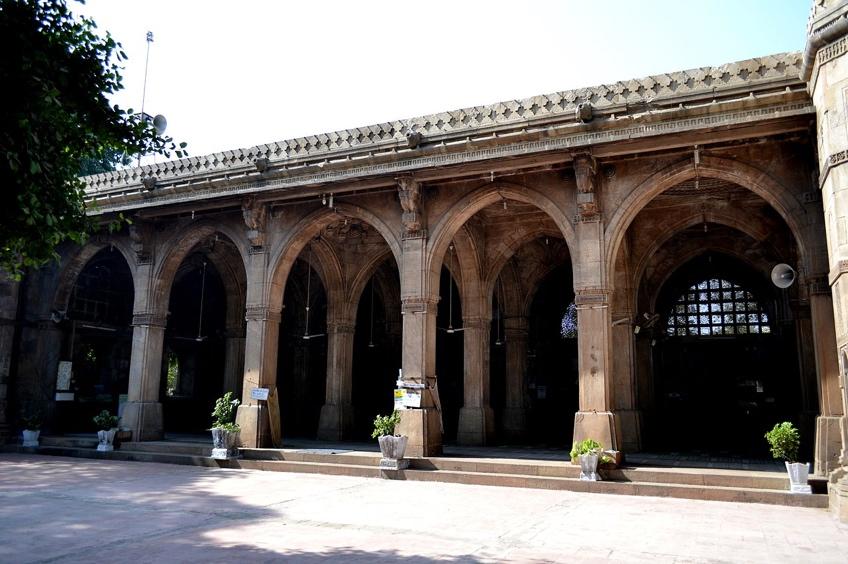 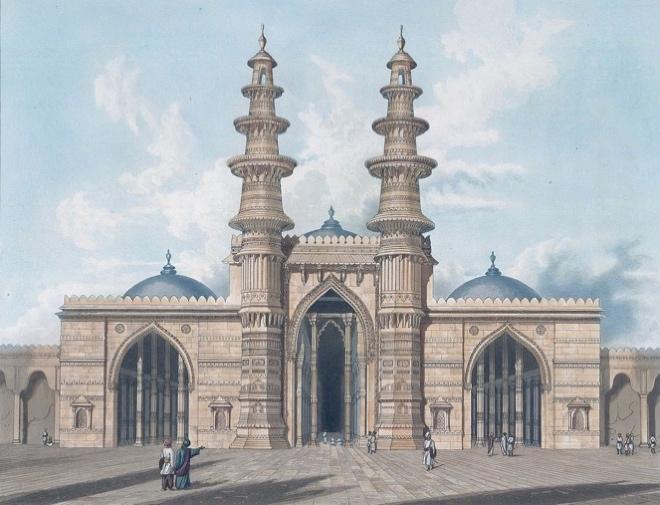 The Jumma Masjid of Ahmedabad, drawn here by Robert Melville Grindlay in 1809; its minarets were destroyed in an earthquake in 1818 (Wikimedia Commons)

While these socio-cultural assimilations are a major part of the city’s heritage, there is much more to Ahmedabad and its people which is often overlooked. Such is the case with the city’s Bene Israel Jewish community.

As per the belief, the Bene Israel were shipwrecked near the village of Navagoan on the Konkan cost, 26 miles south of Mumbai, around 2200 years ago, possibly as they fled executions by the Seleucids in Palestine. Only seven men and women survived; those who didn’t make it were buried there and their graves are still present on the site.

Over the years they assimilated with Marathi culture, and some have the suffix ‘kar’ in their surnames, meaning ‘inhabitant of’. Besides Hebrew, the synagogue of Ahmedabad also has certain engravings in Marathi which further attests to their Marathi heritage.

As time went by the members of the community started migrating to nearby places, Ahmedabad being one of them. 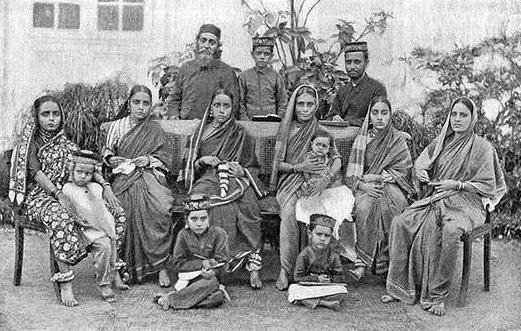 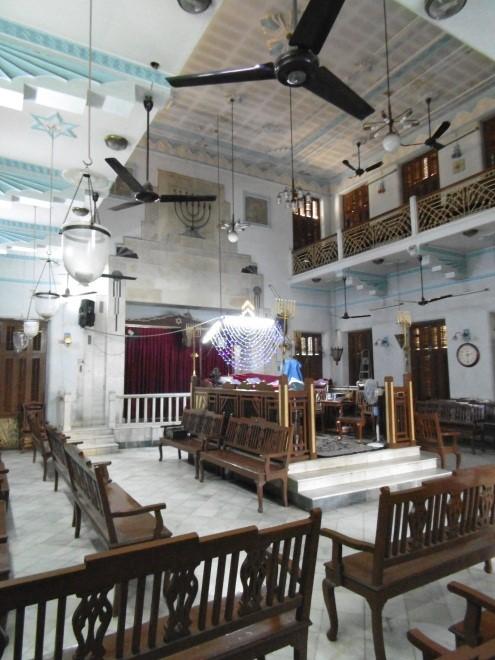 The synagogue is an Art Deco structure with an Indo-Judaic architectural form and contains many old religious artifacts. The women’s balcony is not buttressed by any pillars, and the Ark contains Torahs of several sizes.

Interestingly, it is located in the Khamasa area of the city, just opposite the Fire Temple of the Parsis or ‘Parsi agyari’ as it’s locally known; the Parsi community is another significant minority of the city. A lot of Jews and Parsis reside in the same apartment complexes here.

The secretary of the Synagogue, Aviv Divekar, was kind enough to permit me to visit it and witness the prayer ceremony conducted every Friday evening. As there are no rabbis or religious ministers present, the elders of the community take up the mantle of conducting the prayers.

Johnny Bhai, as he is affectionally called, who takes care of the Synagogue, conducts this prayer ceremony. 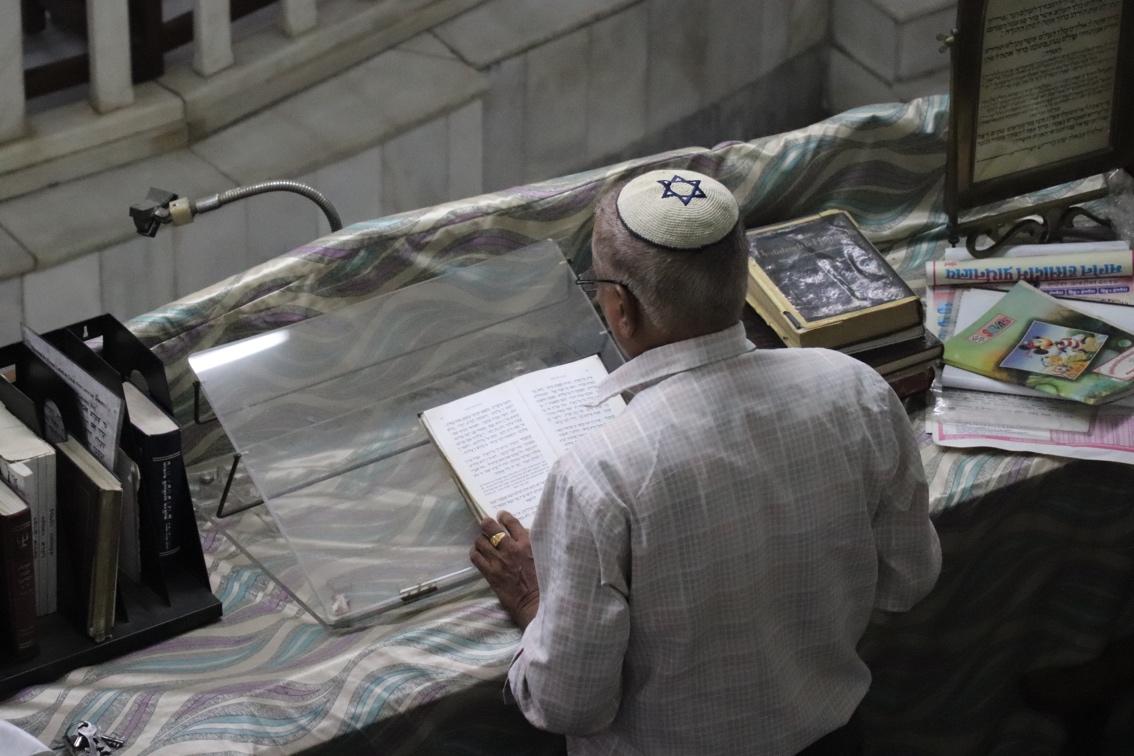 As per tradition, women are supposed to be on the upper floor when the prayers are held, and men are supposed to be downstairs praying with the priest. But because the community is so tiny, the arrangement is such that men sit towards the left and women towards the right. The important celebrations of Pesah or Passover are conducted annually and the High Holy days too are observed.

The Jewish community of Ahmedabad has produced prominent people especially in academia, such as Padma Shri Reuben David, founder of the Kankaria Zoo, which is one of the major tourist spots in the city, and his daughter Esther David, recipient of a Sahitya Akademi award and a bestselling author. There is also Padma Shri Esther Solomon, former head of the Sanskrit department at the Gujarat University. Leading schools in the city like Little Flower, Nelson School and the Best School among others were also founded by the members of the community.

Despite being very few in number, Bene Israel Jews were granted the minority tag only on July 6 this year, when Israeli Prime Minister Benjamin Netanyahu visited India.

In the 2011 Census survey, the Jewish population was mentioned as part of 16,480 ‘other communities’ of Gujarat. This coupled with fact that the approximately 85-year-old synagogue was incorporated in the list the heritage sites of the city only in 2015, illustrates how neglected the community is.

It is a matter of concern that a lot of citizens and especially the youth of Ahmedabad are oblivious to the presence of such a socio-culturally rich diaspora in the city. Surely it is in Ahmedabadis’ best interest to embrace and highlight this culturally rich community, and to assimilate its heritage with other prominent places.

(Furqaan Jafri is a student at Ahmedabad University. He thanks Sarvat Jafri and Jalaj Singh for their invaluable inputs, and Aviv Divekar for his support).