The Other Delhi: Sweetest Food Street in the World

It is unanimously believed that biryani is the national food of all the Muslims in the subcontinent. We totally agree. But there is more to it than that.

We visited South Delhi's Zakir Nagar late one evening, to find this jumbled place is actually a haven for sweet lovers. A kilometre long, the food street here holds only eateries on either side, not to mention roadside stalls selling momos or baking chapatis. 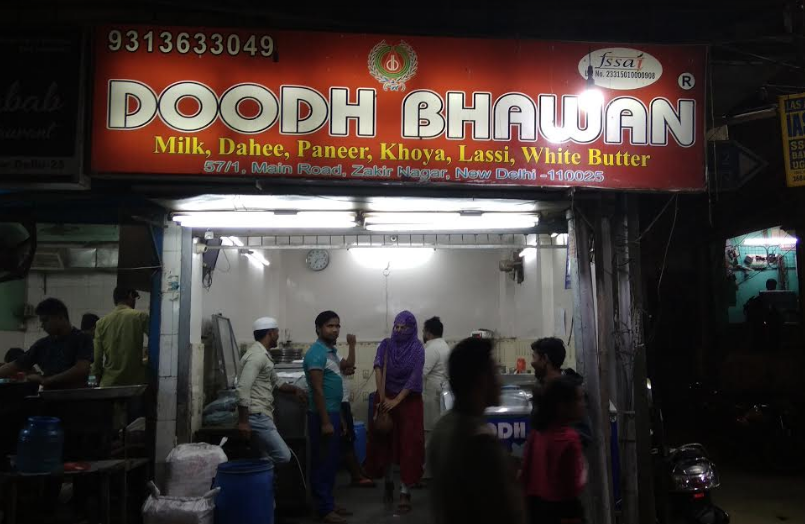 Although the food market is open throughout the day, the real fervour is visible only as the sun sets until late midnight. Despite the congestion, the food here is hygienic and very well priced.

We first go to Afsar Chicken Point where we are told they serve some forty varieties of chicken, that each one tastes different and they’re all finger licking good. Later, we find that they weren’t lying. 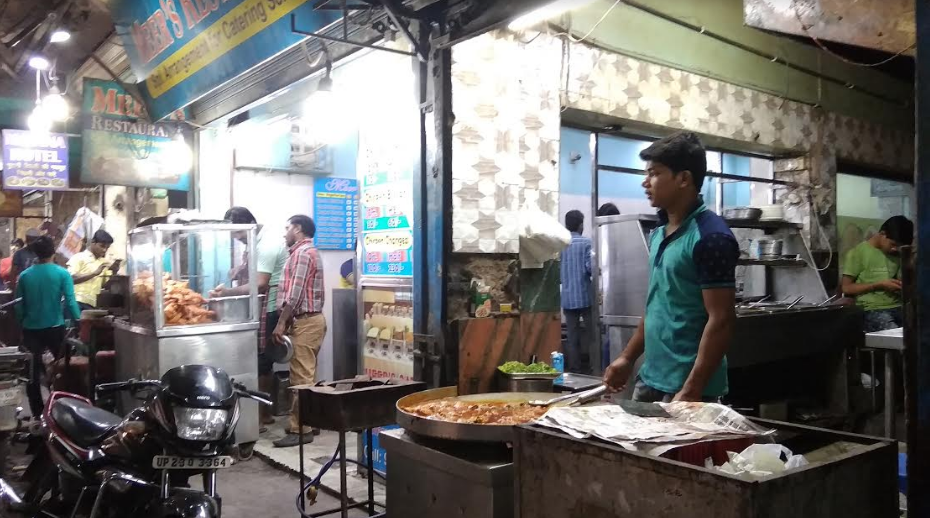 Next we find on either side elderly looking shopkeepers selling sweets. We walk towards one whose shop is called Shahi Kheer. There are dozens of varieties of sweets and the man behind the counter starts introducing them: Gond ka Halwa, Shahi Tukda, Rabri, Gajar ka Halwa, Firni, Ras Malai.

On the extreme left, we find a large cauldron-looking utensil filled with milk. Saffron is visible here or there on the surface of the milk and it is served hot, with a layer of cream as thick as burlap. 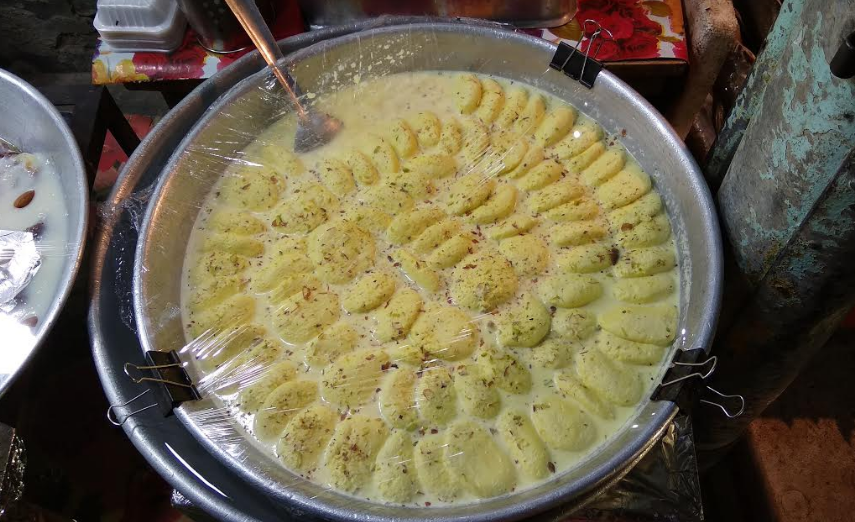 Although the Zakir Nagar food street is not as old as some other places in Delhi, and has no historical significance, it is in a league of its own. The crowd that starts gathering here around 5 o'clock gets thicker all the way to midnight when the places close. People live here who started migrating from Old Delhi and other parts of the country in the nineties. 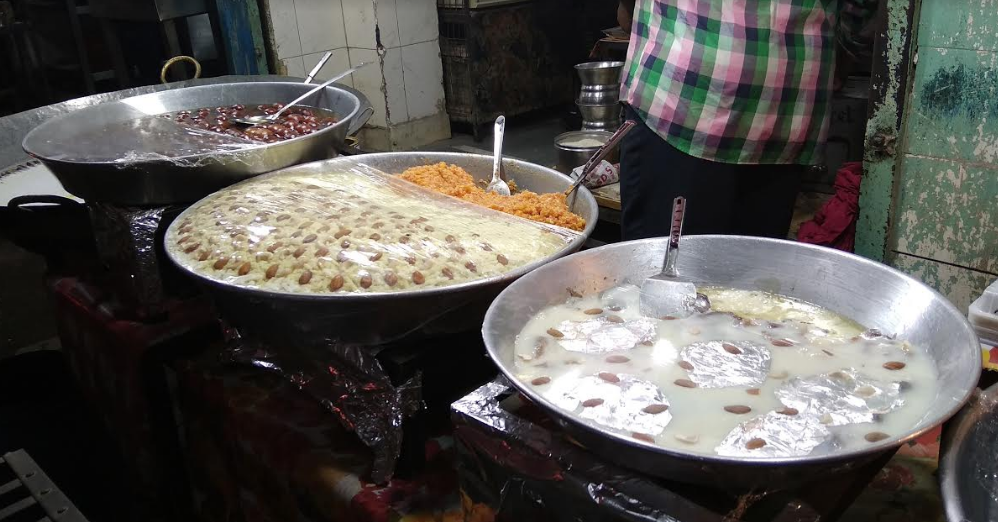 As we were leaving the street, we came across a young boy in a shop. We asked what he was making. Chicken Changezi, he said. Chicken Changezi, named after Genghis Khan, is said to have suited the taste buds of the formidable emperor as it is prepared in milk and cream and cuts the flavour of the spices. 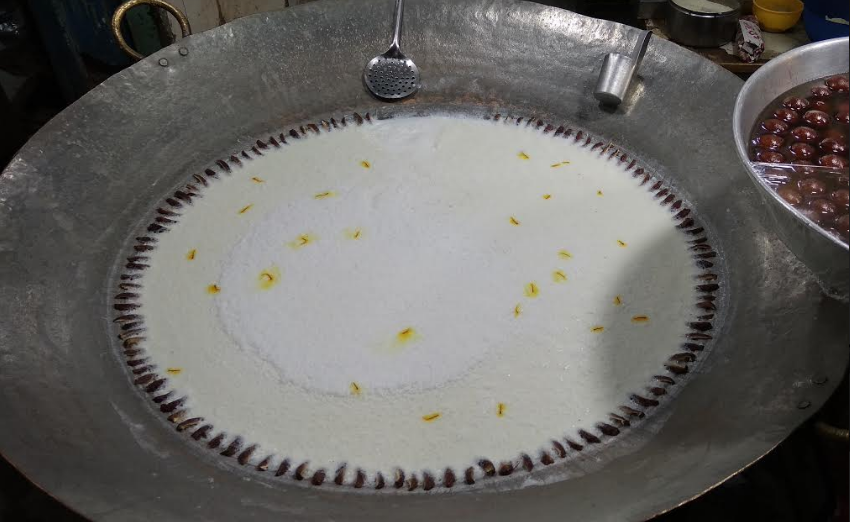 This market is always open, and one can reach here very conveniently by getting down at the Jamia Millia Islamia metro station on the magenta line. Outside the station, e-rickshaws keep calling for passengers going to Zakir Nagar. From there to food heaven is just a ten-rupee ride. 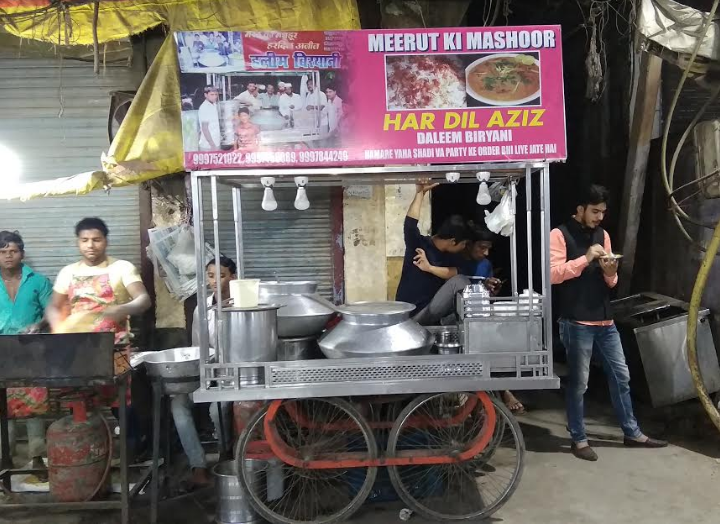