Kedara Leaves You With the Question, Is Koushik Ganguly a Better Actor Than a Director?

The line that separates “success” from ”failure” is very blurred, ambivalent and cloudy because these concepts are extremely subjective. The same applies to the difference between wilful social seclusion and the quality of being gregarious.

How does one measure “success”? Is it the opposite of “failure”? These questions grow sharper and finer as the story proceeds, raising ideological questions on lifeas we watch the mesmerising performance of much-awarded filmmaker Koushik Ganguly who is just the actor in the film Kedara while it has been directed by noted Bengali music director Indraadip Dasgupta.

Koushik Ganguly was bestowed the prestigious Hiralal Sen Award for Best Actor for his performance in the film at the 24th Kolkata International Film Festival recently.

Kedara (armchair) is a very different film that refuses to fit into any genre classification at all and perhaps could be slotted into a genre unto itself that, through an apparently simple story of an ordinary man considered a failure by everyone, changes into something else when an old armchair enters his life. The film is designed and cinematographed in tones of grey – the home has grey tones, the furniture is quite old, the doors and windows are almost antique as the camera follows th movements of Narasingha as he goes to the market, comes home, cooks, and appears to be comfortable in his lonely life.

The grey tones do not hinder the flame of hope that runs like an undercurrent through the film. It is as if the camera invites you to journey with this man and identify with the ridicule and insults he encounters at the tea shop from youngsters who are failures themselves and you empathise with this man.

Narisingha is an obese, squint-eyed and dark middle-aged man who lives in an old, dilapidated home all alone. But the neighbourhood boys constantly make fun of him, not allowing him even to have a cup of tea in peace in the corner tea-shop. Another aged neighbour drops in often to point out again and again that Narsingha is an utter failure. Why, no one knows. 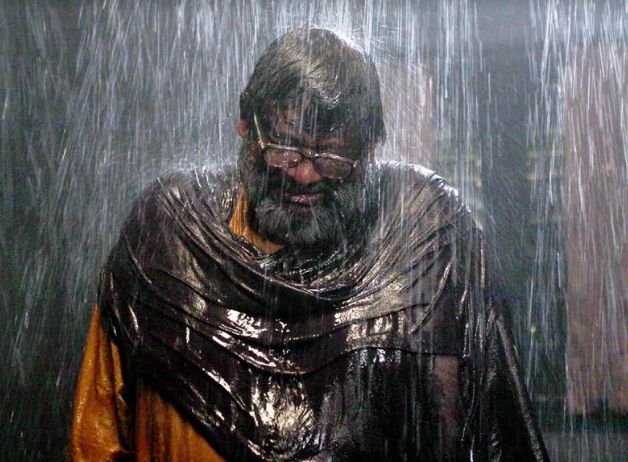 As the narrative unfolds, we discover that Narsingha was once a ventriloquist who lives in the company of people close to him who are not around him any more – he is only talking to himself in his grandmother’s voice, going back to a happier past when the old lady would cook his favourite dishes for him. For him, these ‘voices’ are not his, nor is it a part of his old profession are characters who keep him company in his loneliness.

The only friend he has is the young hawker (Rudranil Ghosh) who sells and rents out antiques just opposite where Narasingha lives. He is fond of the older man and his feelings of friendship are mutual. We learn, through brief glimpses, that his wife has left him but the “why” is never explained. He also has a son we are told but we do not see the child.

It is difficult for any actor to carry an entire 108-minute film on his shoulders with the other characters offering cameos. But he does it so well that you get sucked into the film as if it is your film and your story. There is no romance, little action and hardly much of a story to tell. But the telling itself begins to weave magic into your psyche, into your audiovisual capacities to get absorbed not by a film but by the characters that inhabit it.

The film does not have a single song but Arijit Singh’s background score is so mesmerising that it also assumed the shape of a character in the film blended into the story of a solitary man who others are not content to let be.

The ancestral home is a reflection of the kind of ‘company’ he chooses to keep – masks, mementoes and antiques. He chooses to keep most of the doors and windows closed and even the maid takes digs at him as and when she wishes to. There is one room that is kept locked and the secret of that room is never revealed. Small slivers of light sometimes creep into this grey ambience and sometimes, Narasingha dreams of a flight of birds across the sky.

This shows the cinematographer’s magic in infusing life into colours that are almost always grey. Almost the entire film is located in the congested room in which Narasingha spends most of his time, sometimes moving outdoors to follow him to the tea-shop or to the market. 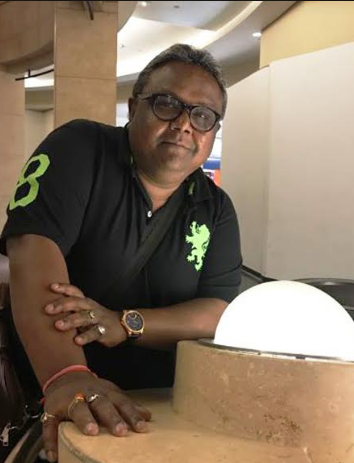 When his young friend who keeps some of his stock in Narsingha’s home, asks him whether he would like ot keep one. Narasingha asks him for a regal armchair (Kedara) the zamindars used to sit on in old days. Then, the young fellow lands a contract to hire out antique furniture to a film company. He finds an armchair and brings it to Narasingha, refusing the money the older man offers, saying he can keep it as long as he wants.

The film now steps back from its realism and steps into magic realism in a rather extra-ordinary way. The arm chair, once regal-looking but now an antique that has seen better days, comes along with a mirror and fits neatly within the ambience of the home Narasingha lives in. The minute he sits on the chair, his character changes from the quiet, submissive, tolerant and ordinary man he normally is into a powerful man who can give back to his insulters much more than he gets, shocking them all. He looks at his reflection in the antique mirror with a smile of pride in his face.

He gives it back to those young men in the corner tea shop. He shows his strength by mimicking their voices which instils fear in them and they take to their heels. When the middle-aged man steps into his home asking for a cup of tea, Narasingha makes one cup and begins to drink it himself without giving him a cup. When this man begins to troll his failure again, Narasingha points out that he too, is a complete failure in life – as a man, as a father and everything else.

When the neighbourhood political ruffians demand a room and a balcony in his home to set up their local “office”, he throws them out pointing out that this is his house and it is for him to decide what to do with it. “Not everyone is a success” he points out and most people are mixtures of success and failure.

Though one must take one’s hat off at Indradeep whose directorial debut Kedara is, he might never have been able to turn the film into what it has finally become unless Koushik Ganguly had lived the character of Narasingha not leaving out that Ganguly himself mimicked the “voices” in the film. After the film ends, you are faced with questions about success and failure, what they really mean, what we want them to mean and what we define them as. We ask ourselves – why don’t we allow people like Narasingha to live the way they want to and success or failure, wilful social distancing or gregariousness should never be used to label men and women. 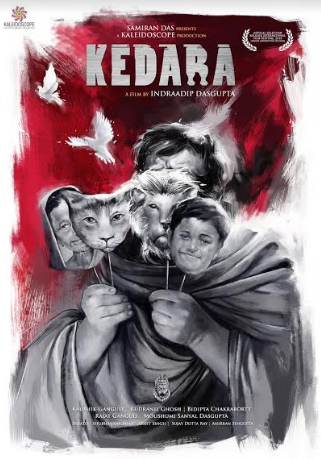 What a film and what a performance! It leaves you with the question – is Koushik Ganguly a better actor than a director? Think about it. 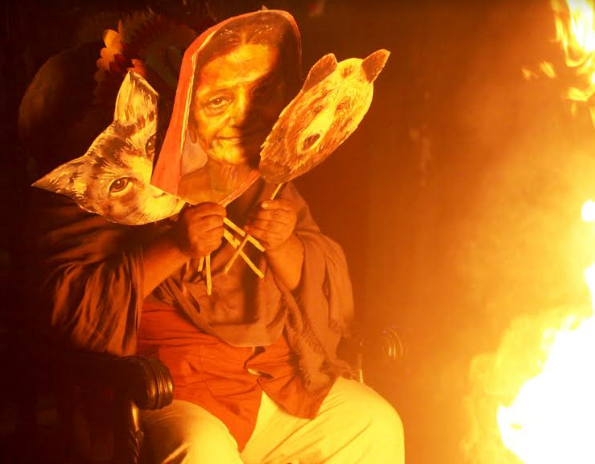