'Back then those areas were so peaceful'

'I began my first journey in the year 1993. The incident that made me so strong? A picnic tour to Puri was being organised by our locality and they were charging 400 per person. Due to a lack of money I told the organiser I would give 200 now and 200 after we returned – but they didn’t trust me and I was unable to go to Puri,' said Satyen Das.

So I motivated myself and started on my journey to Puri, on my cousin’s cycle. 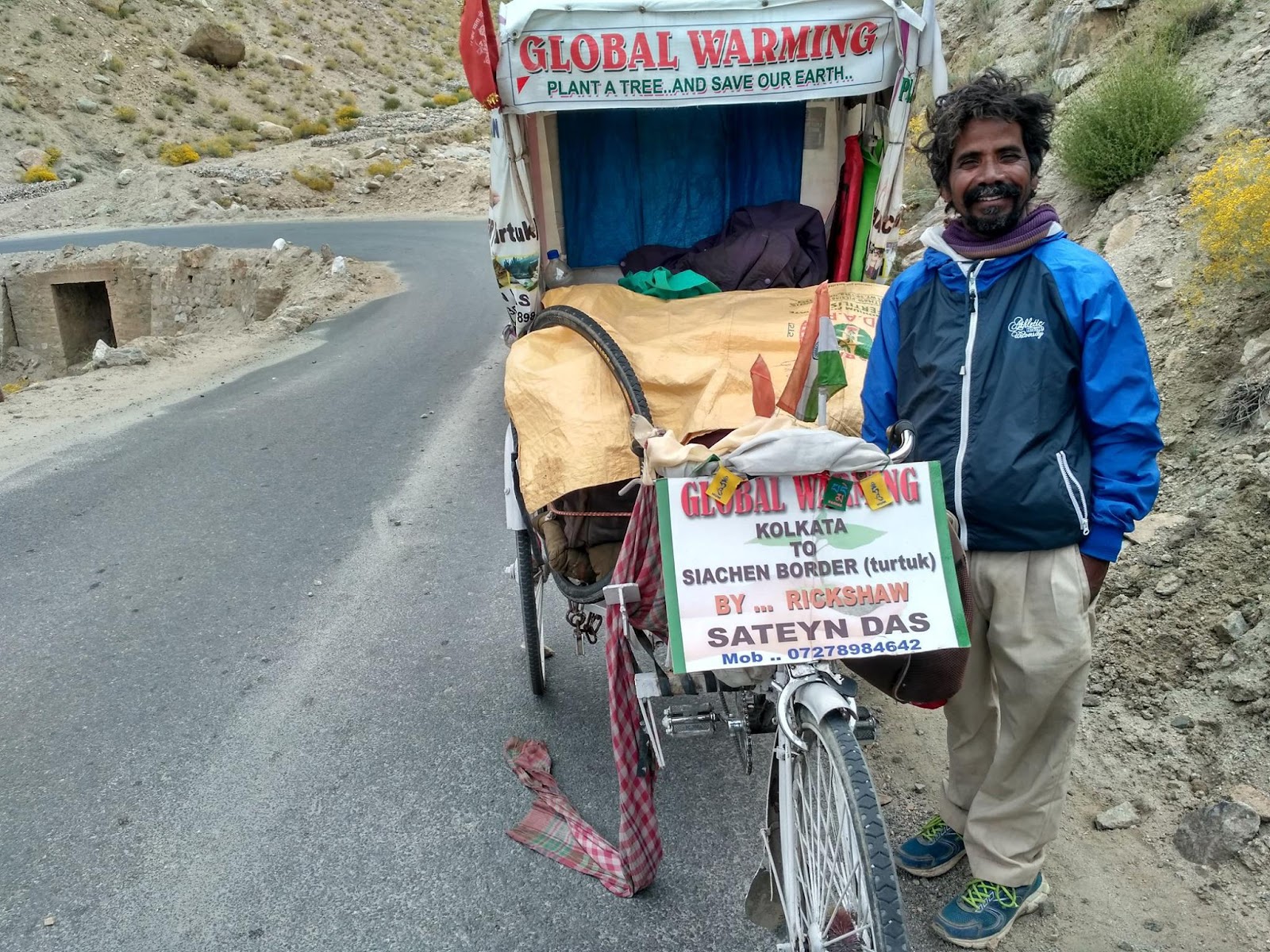 It took me two days to reach Puri. When I returned home the local people taunted me by saying, go to Benaras, go to Allahabad, go and visit the Taj Mahal…

Sujit Banerjee, who stays beside my house told me to go to Darjeeling and I again motivated myself and went to Darjeeling with only 650 rupees in hand. It took me six days to reach there, said Satyen Das.

Sujit Da told me you have to speak in Hindi or English in North India or else no one will understand your language. So I learnt Hindi.

I went to a National Integration Camp by selling my old rickshaw for 3,000 rupees in the year 1994, on 25th December.

I returned to my own city after three years, that is February 2, 1996. 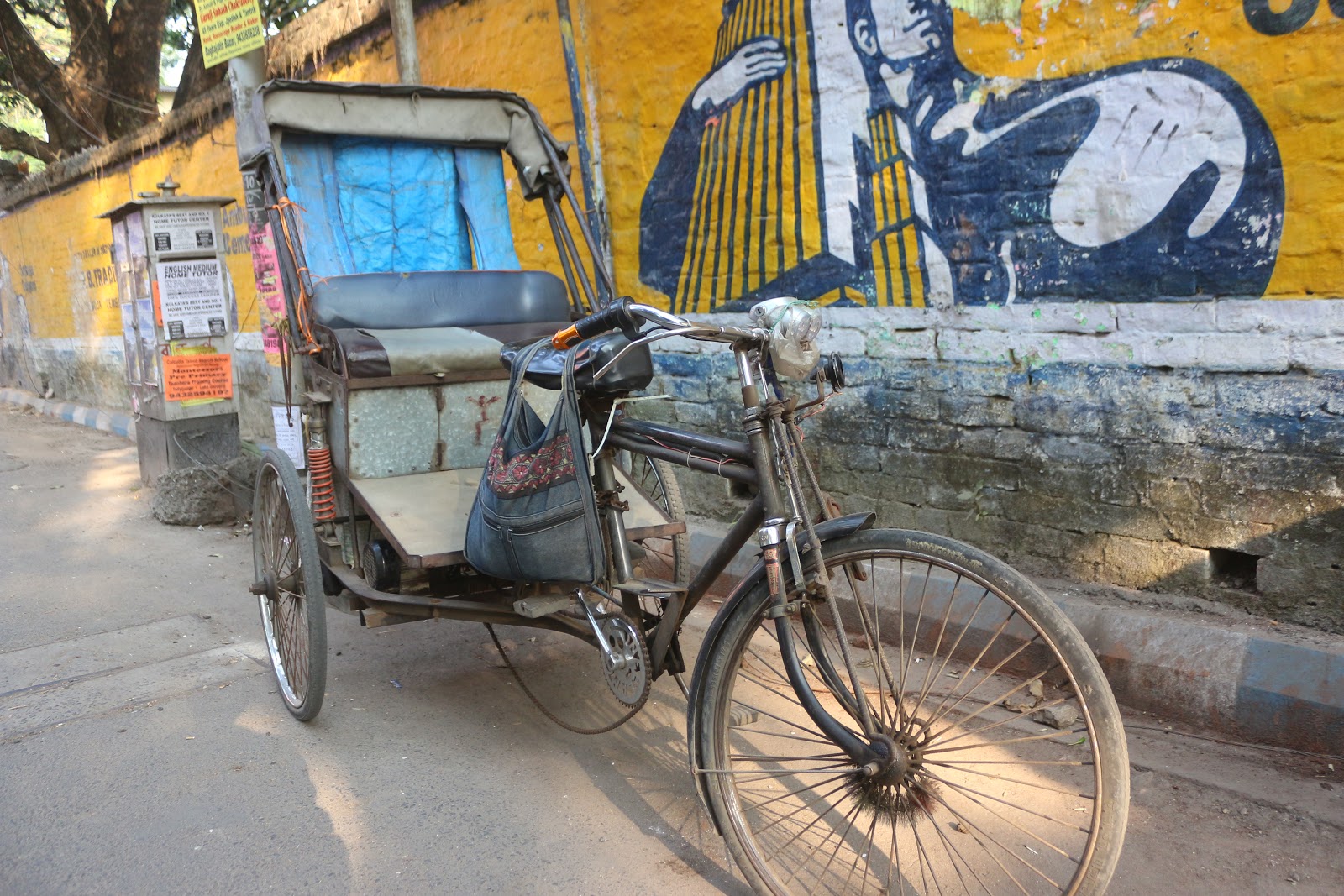 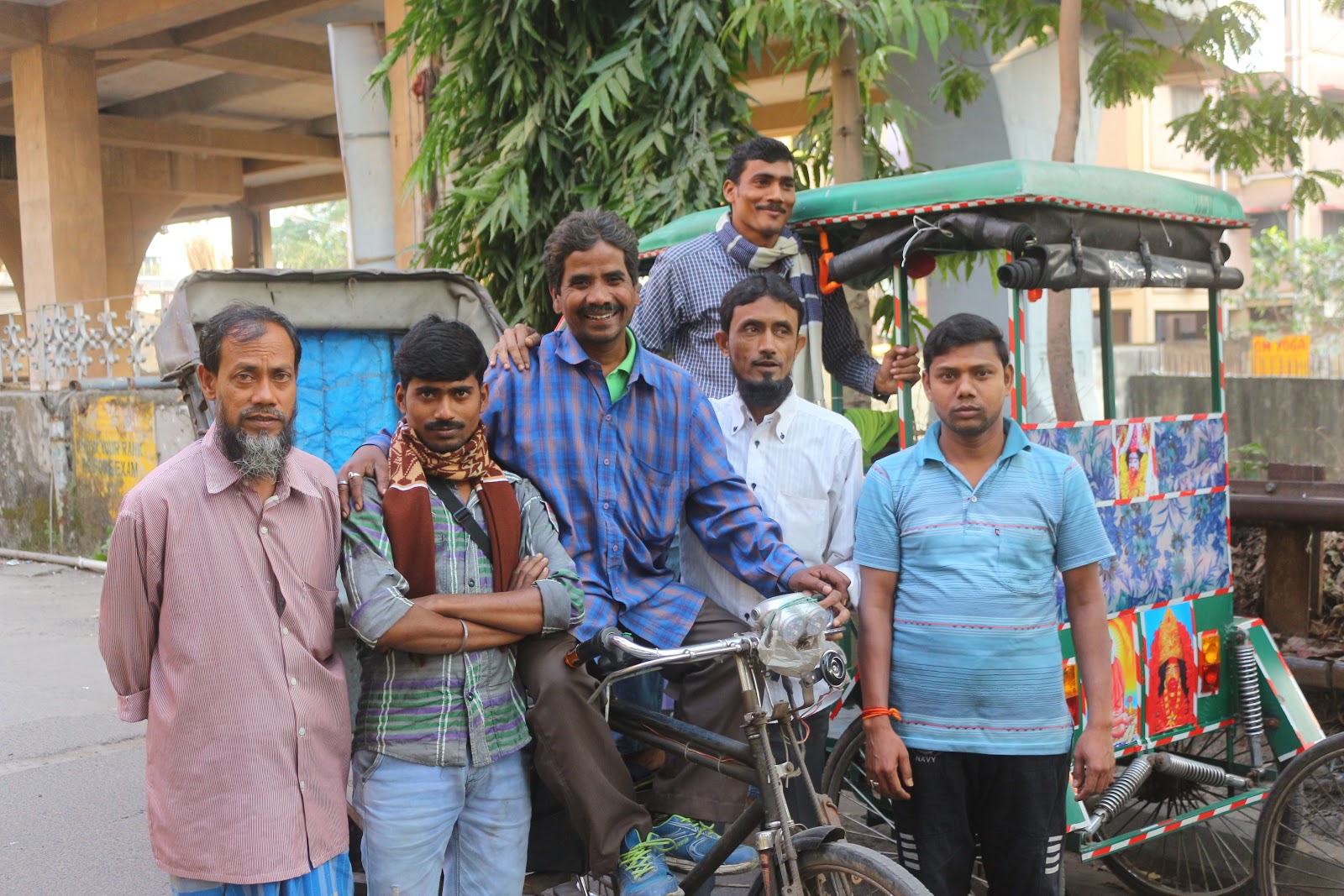 Back then those areas were so peaceful, there were only 27 states at the time, there was no Telangana, Chhattisgarh, Uttarakhand, or Jharkhand.

After returning to the city, I would pull rickshaw in the Netaji Nagar area, where I met Manik Sarkar. He bought me a new rickshaw and helped my family both mentally and economically.

In 2007 I went back to Puri with my wife and my two year old daughter, by rickshaw. In 2008 I visited Vaishno Devi via Kolkata, Gaya, Banaras, Allahabad, Agra, Mathura, Brindaban, Jaisalmer, Bikaner, the border at Wagah, Himachal Pradesh,Mandi, Kulu, Manali, the Rohtang Pass.

I started Swachh Bharat Abhiyan before Modi – while returning from this journey I told every villager not to contaminate the road by latrines, said Satyen Das.

Back again in the city, I changed m rickshaw route and started pulling rickshaw from Naktala. Here I met Debasish Das, who had recently visited Ladakh and told me why don’t I go there. His words inspired me a lot and I resumed my journey. 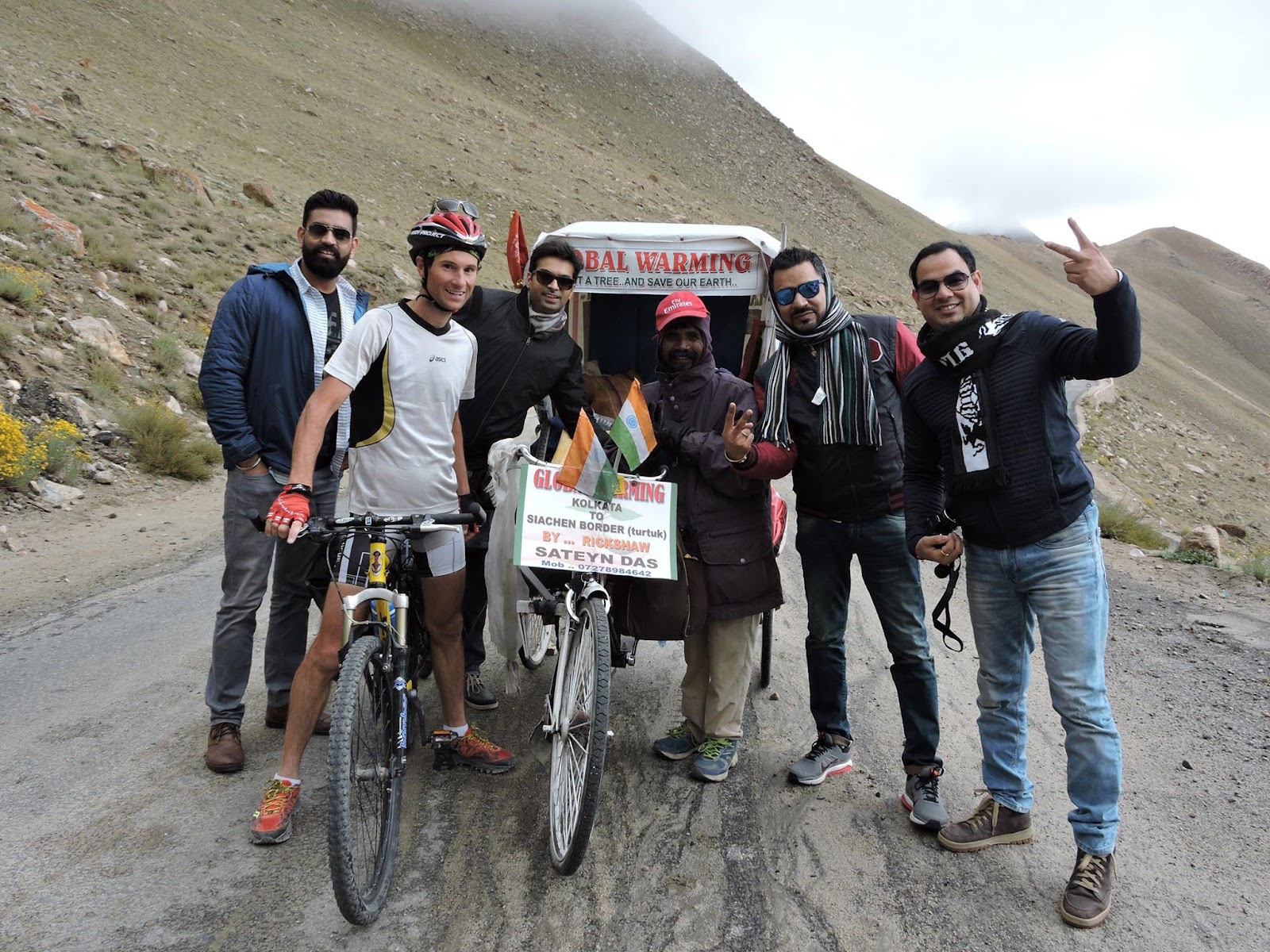 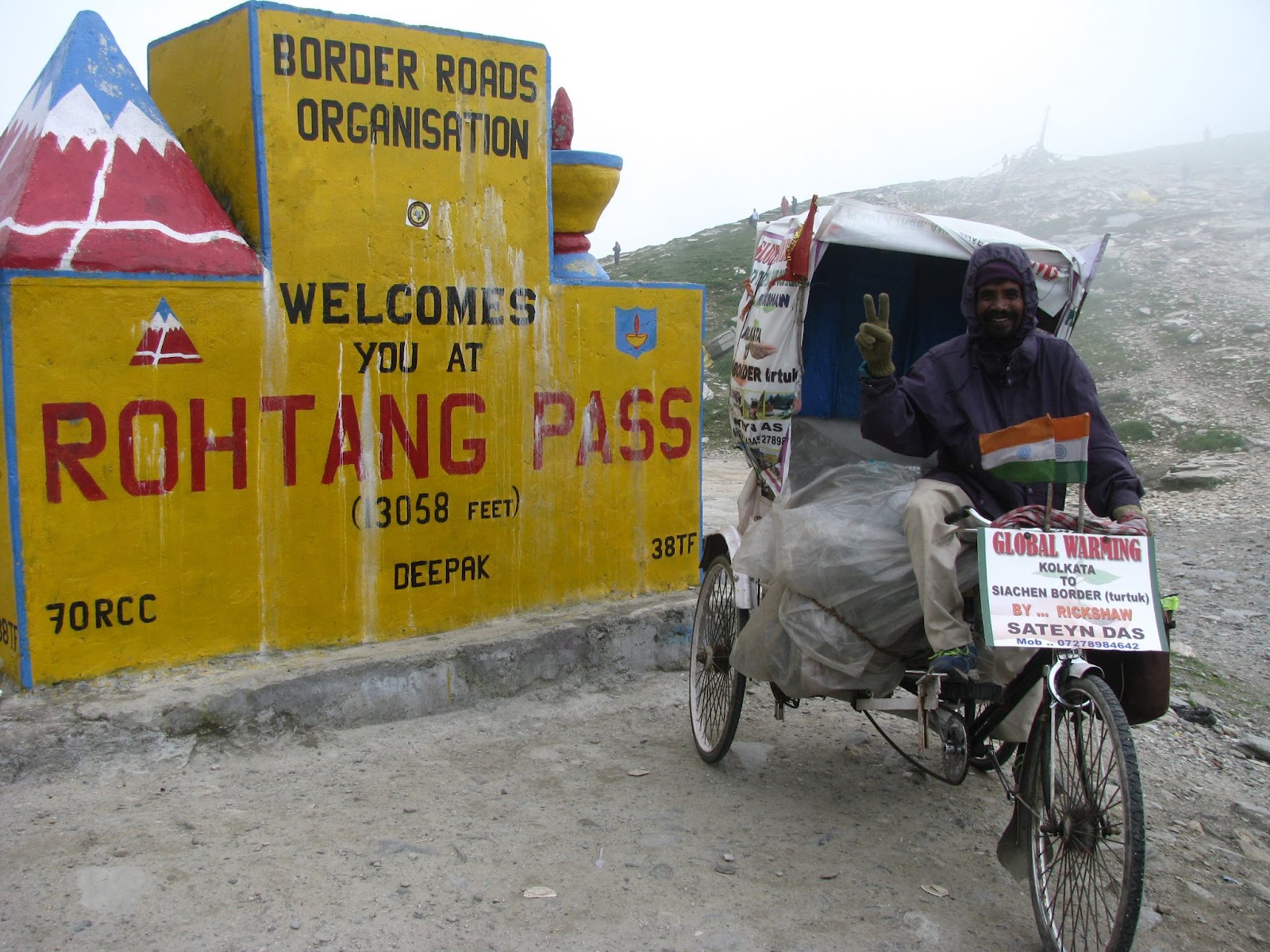 This time local club presidents and local people helped me a lot. They decorated my rickshaw which cost 12,000 rupees, and one of them even registered a postpaid SIM by showing his ID card.

It took me two months to reach Ladakh. 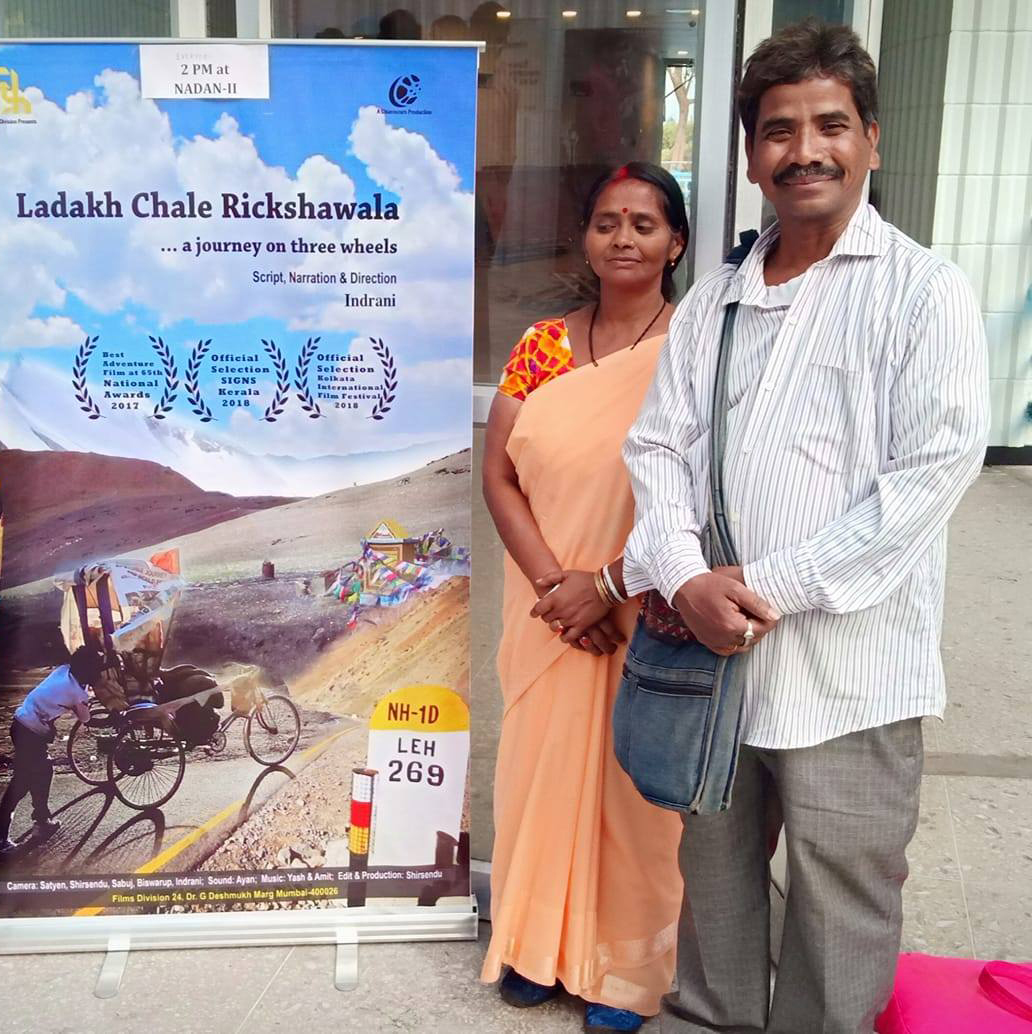 I went to Ladakh in the year 2017 and my motto was to Stop Global Warming. So I carried 5,000 date palm seeds with me, and kept planting the seeds all along my way to Ladakh.

I may die in a few days but those plants will remain immortal. They will be giving birth to other plants and will go on providing oxygen to Mother Nature, said Satyen Das. 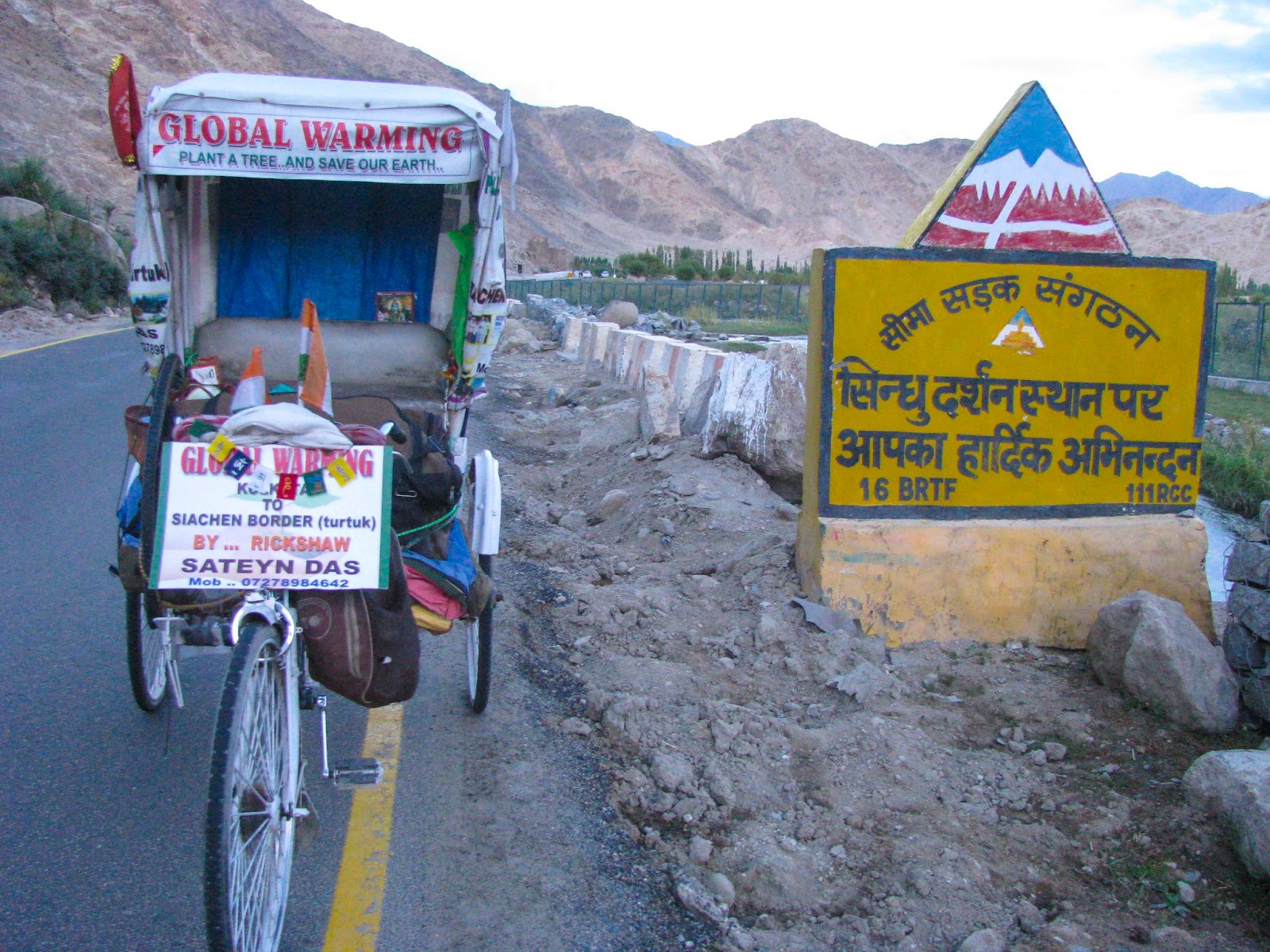 During my return from Ladakh, I gave my rickshaw to the school of Sonam Wangchuk – yes, the character Aamir Khan played in the movie 3 Idiots. At least visitors and students there will see that if a rickshaw puller can visit Ladakh then anyone can do anything.

We are proud that we have Satyen as our friend, we always supported him and will keep supporting him in future too. He is a gem, said Abdul Salam, a rickshaw puller. 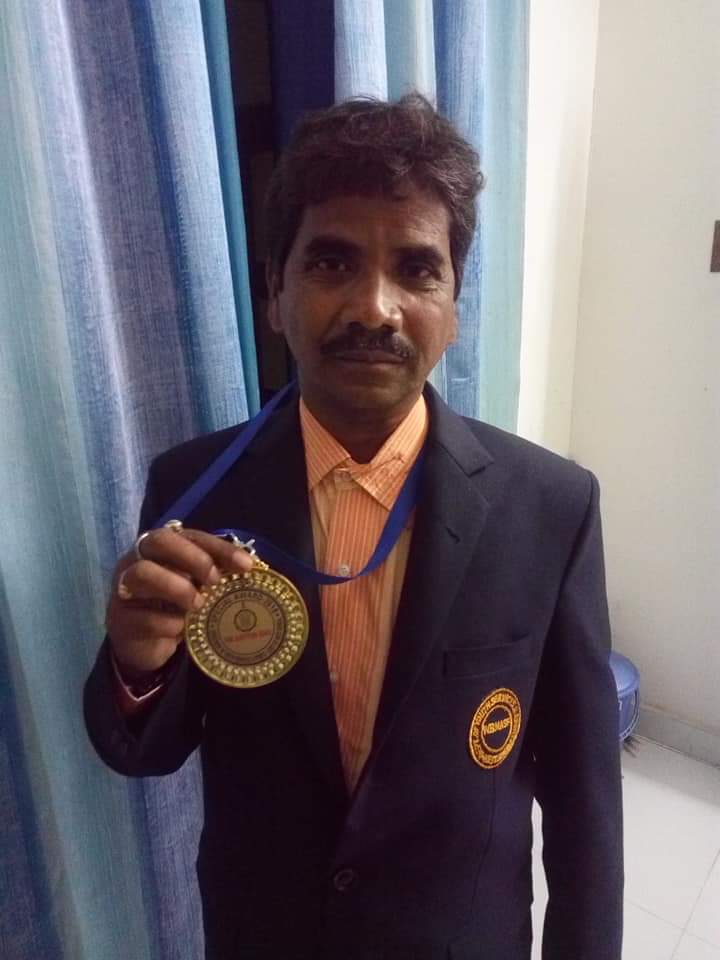 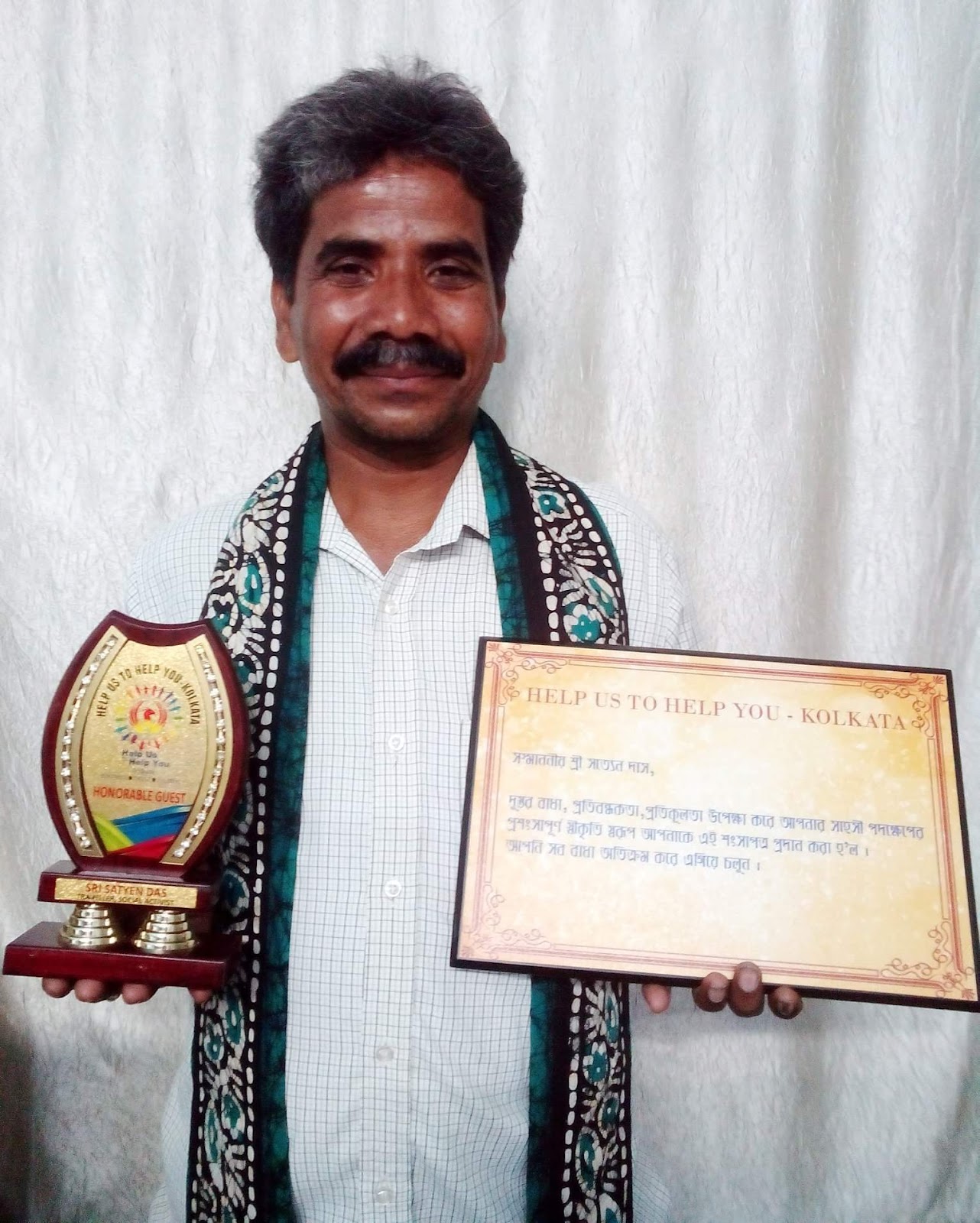 I’m thinking to go to Lahore in future and I have named the tour “Maitraye Jatra”. I have already applied for documents, but I have to wait for confirmation from the governments of both India and Pakistan, said Satyen Das. 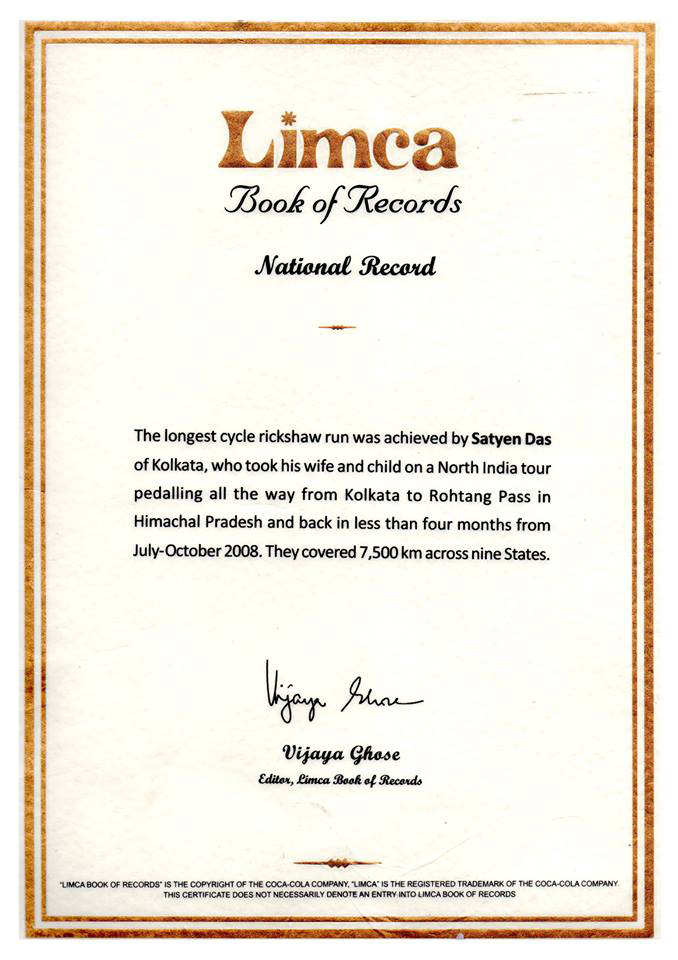