How the Euro-US Media Manage the Airwaves in Indo-Pak

Theoretically, the media are regarded as the fourth pillar of democracy whose job it is to act as a bridge between citizens and the state. However, especially in the age of globalisation the apocryphal fourth pillar has turned into an apparatus to propagandise vested individual or group interests.

The forces of liberalisation use the media as an effective instrument to create and increase the size of a consumerist class in the postcolonial world. A large section of these middle class consumers, no matter their identities, are Euro-U.S. in their tastes.

In his recently published book Media Imperialism in India and Pakistan Farooq Sulehria, a teaching fellow at the School of Oriental and African Studies in London, employs dependency theory to demonstrate how the western media operates in the case of India and Pakistan.

He argues that media imperialism – defined as the western domination of periphery markets and the latter’s dependency on the West – has been compounded by the processes of globalisation.

Sulehria’s theoretical introduction is followed by a chapter on India that explores western domination of the Indian TV market. He observes that the commercialisation of the TV system predates the advent of globalisation, when Doordarshan (DD) was opened for commercial purposes in 1976.

Compelled by the economic logic inherent in a peripheral TV system, DD began to run commercial advertisements. Hum Log, a serial aired on DD in 1984, proved a turning point in DD’s commercialisation.

However, introduction of cable in 1982 was the actual unintended beginning of the liberalistaion of airwaves. Once the Indian state had reluctantly liberalised the airwaves, private channels sprouted. From 40 in 2001, the number of licensed TV channels had reached 882 by 2017, even if all of them were not actually on air.

As the government of India did not give licences to western media businesses, many of them entered India through joint ventures with a local partner.

At present, of the top four TV networks, three are largely western concerns. However, Indian dependency is not an absolute, given the nation’s own soft power status.

But in Pakistan, barring the content, dependency is near total. The state-led Pakistan Television (PTV) was launched in 1964 by General Ayub Khan’s regime to meet the regime’s propaganda needs. In 1989 the airwaves were liberalised for the first time. Later, during the rule of General Musharraf (1999-2008), Pakistani airwaves were fully liberalised. This led to mushrooming of television channels, from four in 2003 to over 100 in 2017.

Although most Pakistani channels are owned by local groups and joint ventures with foreign groups are absent, dependence on the West remains heavy. For instance, the cable paraphernalia is imported largely from China, while broadcasting and studio equipment is imported from the West.

Most importantly TV sets - which constitute the most expensive link in the dependency chain - are either imported or are produced locally by western multinationals.

In other words, global capital has invested in lucrative India but avoided risk-laden Pakistan.

The pitfalls of such liberalisation were visible since the beginning in both India and Pakistan. Not merely do underprivileged sections not find space on TV screens, regions unattractive for advertisers are also ignored.

For example, the province of Balochistan is not even covered by the ‘people’s meters’ which measure the ratings of TV channels.

Another huge consequence has been corruption. It was projected that the media would act as a crusader against corruption - but the crusader is itself corrupt.

Sulehria correctly describes how in both countries, under the gloves of ‘professinalisation’ and ‘professionalism’, media outlets mimic Euro-U.S. media practices and sell western ideals and values to people here.

It is not a coincidence that staff educated or trained ‘abroad’ are considered more competent, or that the USA behaves as the ‘college professor of the world’.

Unlike television, whose character Sulehria has explored, there is also the rise of alternative web-based media, especially in India. The possibilities of having independent internet TV are bleak, primarily because running a channel requires a huge investment.

Public-funded channels in India and Pakistan can be an alternative, but state-led projects have lost credibility and have been marginalised.

Also, in the age of commercialisation, the nature of news and entertainment has transformed. Now, sensationalism and profit set the news agenda. Most news anchors, instead of analysis, pass final judgments.

While such debates on content are skipped in the study, Sulehria’s book offers a scrupulous analysis of the social, political and economic impact of the Euro-U.S. media domination of the Indian and Pakistani television systems.

Farooq Sulehria’s Media Imperialism in India and Pakistan is published by Routledge, 2018. 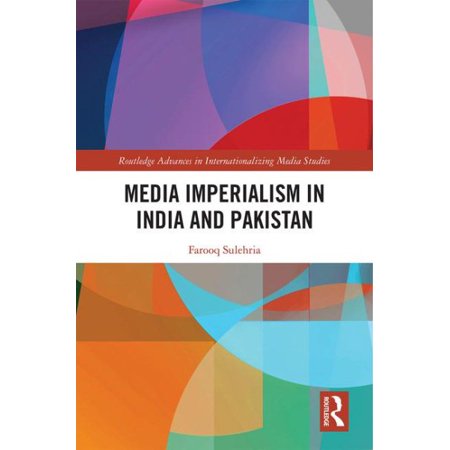